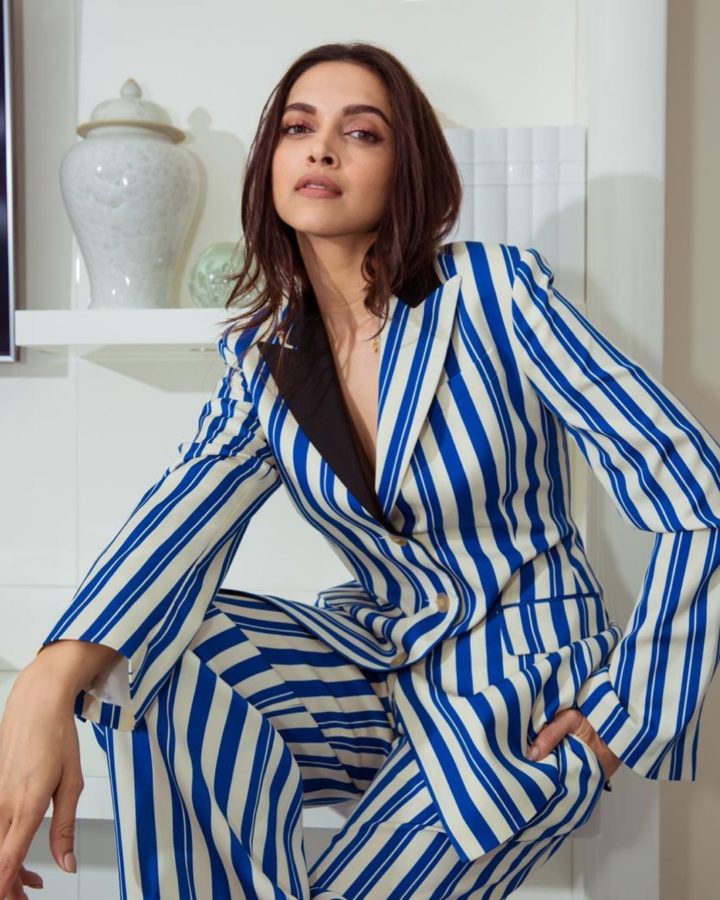 Stripes is the hautest celeb-approved trend for summer

If there is one trend, that can be spotted in every fashion attuned, Gen-Z influencer’s/ celebs wardrobe, it is the many renditions of stripes. Even though one might question their versatility, and usually relate them to the boardroom-approved formal pinstripes, its availability in a variety of forms makes them an haute, celeb-favourite.

From the red and white, jail striped Emilia Wickstead dress adorned by Sonam Kapoor at Cannes to Deepika Padukone giving us some major boss lady vibes in a Loewe striped suit, Bollywood’s fashion fixtures have already embraced the trend.

So, just in case you want to experiment with stripes for summer, take some cues from Tinseltown’s best.

There is nothing like slipping into a striped suit when heading for a board meeting, but we say move beyond the usual pinstripes on a navy blue base. Instead, pick up other colour schemes. This Paule Ka suit on Athiya Shetty makes for a winning look.

A striped suit may not coordinate in terms of colours, so you can always pick up a blazer in a different colour scheme than the trousers; it only adds more character to the look. And what better way of making a statement in a formal setting than a navy blue suit paired with cream trousers? One of the key ways of experimenting with stripes for summer.

Stripes have even invaded the well guarded ethnic/bridal spectrum. Lately, chevron stripes have been a rage, and from designers such as Sabyasachi, Amit Aggarwal to Payal Singhal, all have experimented with them. Just in case you were looking for not-so-traditional, ethnic number, this Amit Aggarwal lehenga on Ananya Pandey is wardrobe goals.

It’s safe to say that Sonam Kapoor Ahuja loves to experiment with stripes. Case in point being her reception ensemble, which was an Anamika Khanna, chevron lehenga. This red and white Love Birds kurta shirt paired with toe-length pants is a Gen-Z approved look.

Bold stripes in a multitude of colours are the next major trend. With summers in full swing, colours can be inspirational, and a body-hugging ASOS silhouette on Rakul Preet certainly elevates the game.

If you thought pinstripes were only suited for suits, think twice. Alia Bhatt’s black Leo & Lin off-shoulder, deconstructed blazer look might be what you need in your mood boards for the season to come. For us, it is a winning look.

Saris have always evoked an evergreen sense of charm, and stripes certainly provide them with a very millennial appeal. This black and white drape on Kajol makes for a perfect summer investment.

Stripes need not be the defined usual ones, thanks to new labels that are trying to forge a new sense of aesthetics while being traditional. We are simply in love with this Puneet Balana ensemble on Rhea Kapoor. One need not follow the rules to make a statement.

One of the easiest ways of looping in stripes is to pair it with other patterns, and this Helen Anthony look on Yami Gautam is a cool rendition of that. The hemlines, cuts, and colour schemes speak for themselves. Stripes for summer act an open canvas when it comes to pairing it with outfits.