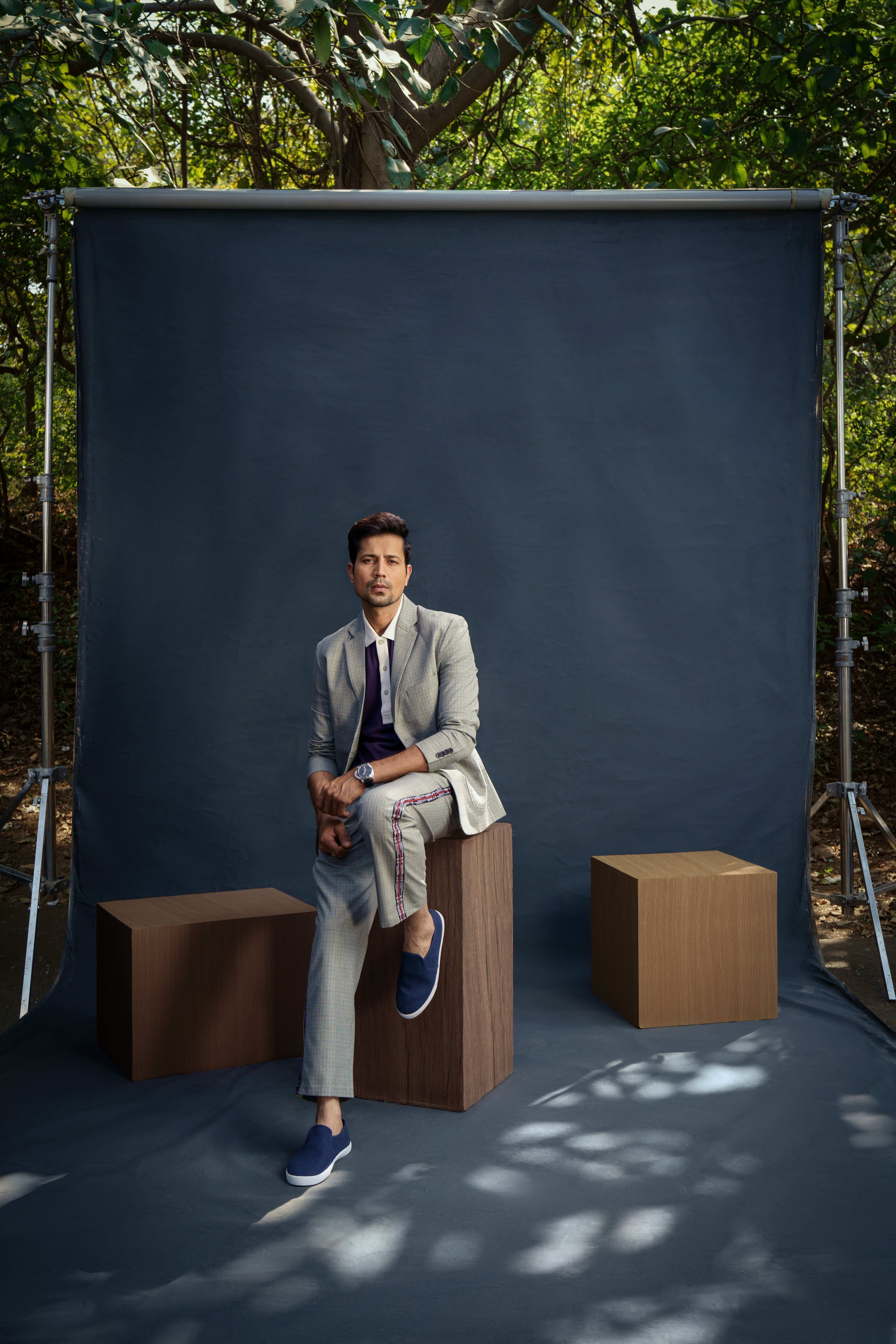 Actor Sumeet Vyas on his personal style and favourite designers

For actor Sumeet Vyas, versatility is key to success. After all, he is a poster child for the statement. Gradually but steadily, Vyas, with his nuanced performances, has inched his way into the public consciousness, collecting not just commercial but creative accolades as well.

From playing internet’s favourite boyfriend, Mikesh Chaudhary, in ‘Permanent Roomates’ to starring opposite Kalki Koechlin in ‘Ribbon’ to moving to the big league with ‘Veere Di Wedding’, Vyas has effortlessly balanced a spectrum of roles. These are interspersed with several supporting roles in films like ‘English Vinglish’, ‘Aurangzeb’, and ‘Parched’, where Vyas managed to stand out. This is something that filters down to his writing, as well. Vyas has co-written the wedding comedy ‘Bang Baaja Baaraat’, ‘TVF Tripling’, and the recent Netflix film starring Vicky Kaushal, ‘Love Per Square Foot’.

This spirit to engage in different things can also be sensed in his fashion. Befitting the contemporary trend wheel are his abilities to carry off a formal suit with the same ease as wearing dhoti pants or a sleek black bandhgala. Vyas has had strong sartorial moments on the red carpet as well — his Instagram feed is a mosaic of inspiration for any menswear enthusiast (we loved his Nehru jacket featuring ikat prints and cord suits with sneakers).

We caught up with Sumeet Vyas to get a complete lowdown on his style and how he feels fashion and cinema intertwine.

How would you describe your style?

It’s pretty formal when I’m at work and extremely casual when I’m not.

Tell us your about go-to look

For an event, it’s always a navy suit. In general, it’s mostly cargos and linen. In between somewhere is denims. I put most of my energy into choosing the right footwear. Shoes occupy a large part of my house and brain.

Who are some of your favourite designers ?

Who is your style icon?

Leonardo DiCaprio. I think he’s aware that he’s capable of looking good when he needs to, so in life, he’s hardly dressed up. He’s as comfortable moving around in his cargos and T-shirts as he is in a tuxedo.

What do you look for more: Comfort or trendiness?

Comfort always. Having said that, I am a bit formal in my demeanor, hence I generally opt for classics.

How does the styling of a character help you prepare for the role? Do you take part in it?

It does help a lot. When you wear a suit and boots, your walk changes, the way you move around and approach a situation completely changes, as opposed to when you’re dressed in a pair of track pants and flip flops. I do actively take part in the styling of a character. But sometimes, directors and costume designers have very fixed notions about certain looks, and that’s when I back off. Surrendering is as important as getting involved for an actor.

Which cinematic look, from Hollywood or Bollywood, has perfectly been in sync with the storyline?

Amitabh Bachchan’s look in the original ‘Agneepath’. It also happens to be my all-time favourite film. One day I’ll run through the fire like Vijay did.

You seem to favour experimental clothing and asymmetrical silhouettes. Are these aspects you consciously look for?

It’s something that was introduced to me very recently and I completely fell for it. But I still need my stylist to choose the right things. It’s my area of interest not my territory.

Since your upcoming film is based on a war, has any of this rubbed off in your personal clothing?

I’ve always loved khaki and camouflage in general. Only it’s very hard to find the right thing that fits you well while it’s in vogue.