With inclusivity taking the front seat in the stream of fashion, we decided to catch up with the supermodel Varshita Thatavarthi and have her share her thoughts on body positivity in the industry.

Smashing stereotypes and breaking old-school norms are two characteristics finding their way into the domain of fashion. Slowly and gradually the world is all set to mark the advent of a whole new version of beauty one inclusive step at a time. Speaking of inclusivity, don’t you think the old-school definition of a supermodel is becoming a little outdated? Well, if that’s what you think too then join the club, my friend! Since fashion is by far the best way to carve an inclusive future, so it’s time to not rely on just the tall, skinny and immaculate structures and gear up to witness dusky and curvy bodies take over the ramp. Having said that, bold and beautiful personalities like supermodel Varshita Thatavarthi are here to break this monotony and change the narrative.

Known for taking the internet by storm, courtesy of her several noteworthy appearances in the field of fashion, supermodel Varshita Thatavarthi has all that it takes to shatter stereotypes. Being the flagbearer of body positivity, ever since the supermodel was spotted in the Sabyasachi campaign one just can’t scroll through the gram without obsessing over her feed. From changing the perception of ‘perfect’ to being the epitome of self-love, it’s safe to say that supermodel Varshita Thatavarthi is definitely here to stay with a purpose to slay. So in order to catch the supermodel candid we asked her to spill the tea on her journey as well as her perception of being included in the ‘plus size’ category.

Style
The most iconic supermodel moments from fashion’s greatest era 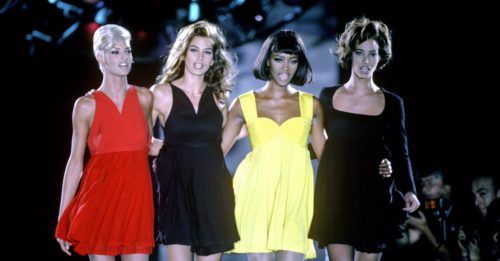 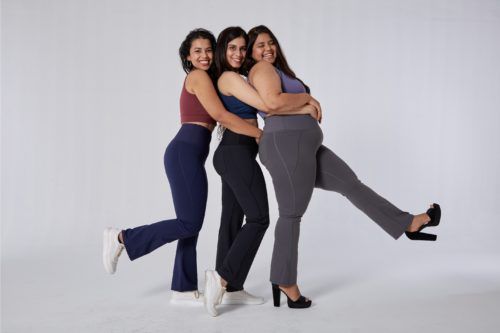 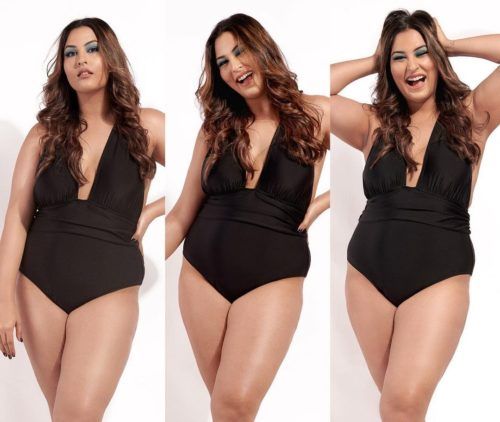 Supermodel Varshita Thatvarthi on body positivity and inclusivity in fashion:

So, firstly tell us how did Varshita Thatavarthi go from a journalism student to one of the most celebrated models today?

I was born in Vizag, Andhra Pradesh, and raised in Delhi. I studied at Manipal University, Karnataka. I moved cities to find modeling work and to become an actor. I’ve lived in Hyderabad, Mumbai, Bangalore, and Chennai. So I don’t really know where I belong, I’m still trying to figure that out. But, Yes I got my breakthrough in Chennai and this is my story. I was trying Films in Chennai since December 2017 and one day in April 2018, someone told me that there was a Sabyasachi jewellery exhibition in the Taj Coromandel. I got excited at the idea and immediately took an appointment and went there to check out the collection because Sabyasachi had just started out with his jewellery collection.

I took a friend along and it was only there that I first met him. I had no idea he was going to be there. I was very nervous around him because I had admired the man and his brand for years and to suddenly have him around me gave me butterflies at one point Sabya sir walked up to me and told me that I was very beautiful, I was very thrilled and happy! Two months later in June, his team got in touch with me and asked me if I’d like to come and do a trial shoot with him in Calcutta. I immediately gave my consent and I was flown into Calcutta where I met Sir and did the bridal shoot. My life hasn’t been the same ever since.

How big of a challenge was it for you to fit in the industry and do you agree with labels like “plus size” models being used in the profession?

I abhor the term plus size because it categorises people who don’t fit into a size 2 sample. I particularly don’t like the term because it is suggestive of my size and differentiates me from other models. Even with shoppers, you’ll see that they are termed as plus size if they are a size above 12 and are unfortunately provided with merchandise that is subpar. That’s why bigger women find it hard to shop in stores because they rarely find something they like that fits them. Yet, plus size is used for clothing and people to show that they are being inclusive when they are not and that is why the term has a negative connotation for me.

One thing you would like to change about the Indian fashion scene?

The whole industry needs to unanimously decide on the measures that should be taken to fight this bias. We need to create more visibility for these women by giving them equal pay and more work opportunities instead of hiring one curvier woman for one campaign which is plain tokenism. Even stores need to make available better merchandise for bigger people.

If one were to ask tell us what is Varshita Thatavarthi’s personal style aesthetic.

Style for me is about being true and authentic to myself. I rarely follow trends, I just find stuff that suits me and gives me comfort.

Tell us how fun and experiential was it to play muse for Sabyasachi, and elaborate on your experience.

I was actually very nervous initially because all the other models were really fit and were all well-known. I’m the plus size so it made me wonder for a bit if I could actually match up to them. However, Sir and his team made me feel very comfortable and put me at ease on and off the sets. It’s always nice to have a team that really looks after you and celebrates you for who you are and after that, there was no looking back.

What’s your take on influencers taking the runway for designers now?

I think that’s amazing. I’m an advocate for inclusivity and diversity. More power to them.

Earlier the dusky Indian skin tones were frowned upon, but now the industry seems to have taken a shift towards the better, so do you think perceptions are finally changing?

Do you think the era of supermodels has ended in India?

Yes, it has. It’s not about idealistic bodies and faces anymore. People want to see more real faces with real stories.

Lastly, any pearls of wisdom you’d like to share with all the young and aspiring women out there?

Believe in yourself and do whatever it takes. It’s not going to be easy and there are going to be lots of rejection. So be prepared and enjoy what you do.