Home > Style > Fashion > The Virgil Abloh: “Figures of Speech” exhibit pays ode to the artist and his art 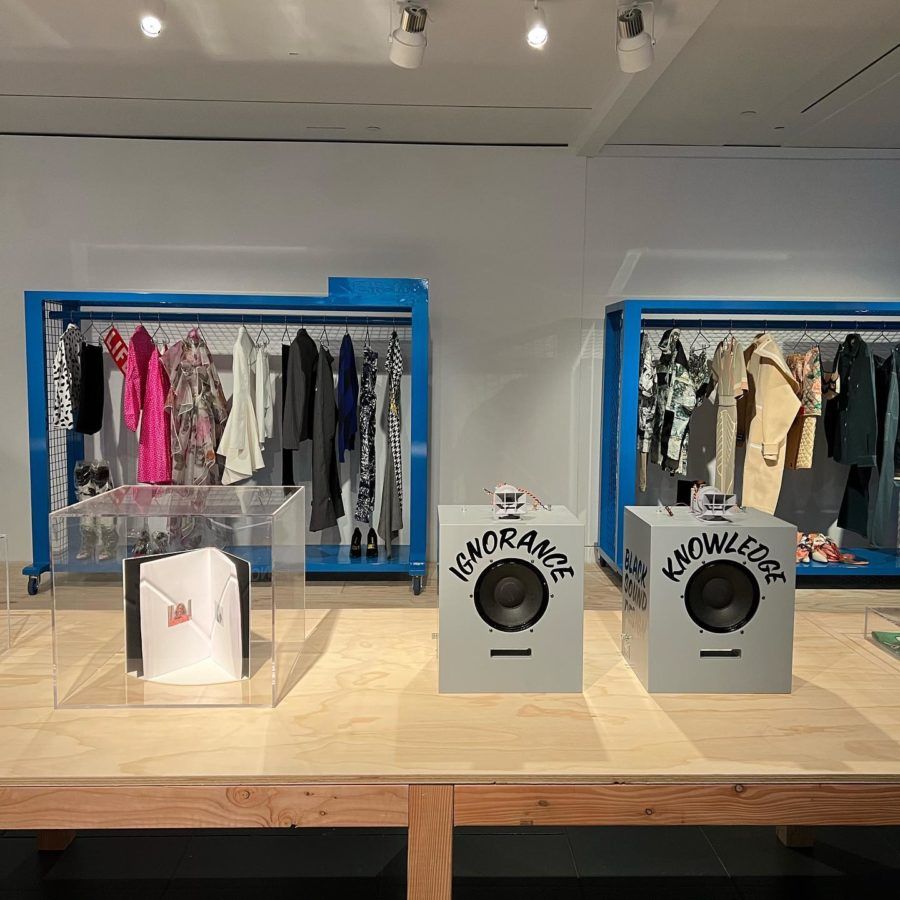 Style
The Virgil Abloh: “Figures of Speech” exhibit pays ode to the artist and his art
Share this article
Next article

A mixed-media museum exhibit in Brooklyn focuses on the impact of Virgil Abloh’s work on art, design, and the BLM movement in America. Here’s everything you need to know about the Virgil Abloh: “Figures of Speech” retrospective.

Virgil Abloh famously said, “Art is made in hindsight.” And art he did create. From bringing streetwear to the foreground at his label, Off-White to his work as the first black menswear artistic director at Louis Vuitton. The Virgil Abloh: “Figures of Speech,” developed by the Museum of Contemporary Art Chicago, is the first museum exhibition devoted to Abloh’s work as a multi-disciplinary artist. On display at the Brooklyn Museum from July 1, 2022, to January 29, 2023, the exhibit offers a glimpse into his work as well as collaborations with artist Takashi Murakami, musician Kanye West, and architect Rem Koolhaas, among others.

The exhibition might have been released posthumously but that doesn’t diminish Virgil’s influence on the whole retrospective. In his introduction video to the exhibition, curator Antwaun Sargent talks about working alongside Abloh and the three years that it took to whip it together. Abloh’s involvement, much like all his projects, was immense and deep. Even the tables used for the exhibits have been constructed by him, it was this gesture that had Sargent thinking of a quote by civil rights leader, James Forman. “What Forman said was you know, ‘We deserve a seat at the table, but, if there isn’t one presented to us, we should build our own.” And what Virgil (Abloh) did throughout his life and throughout his career was build his own table. And so for him, it is almost a poetic gesture, to have everything he made, that he created, presented on tables that he built.”

The artist’s untimely demise might have put a damper on the spirits but it’s also generated ample buzz around the exhibit. It’s a chance for devotees to explore new aspects of Abloh’s work. A ‘social sculpture’ installation that draws from Abloh’s background in architecture and is designed as a space for gathering and performance. It alludes to the absence of such spaces or opportunities for black artists. The basic premise of “Figures of Speech” is to increase engagement around the black cultural experience.

There is also a special range of merch like hoodies, T-shirts, caps, bags, accessories, books, and more with designed conceptualised by Virgil Abloh back in 2019 that’s an exciting addition to the exhibit. Followed by a re-publication of DelMonico Books’ Figure of Speech catalogue book created for Chicago’s Museum of Contemporary Art to mark the debut of Virgil Abloh: “Figures of Speech” exhibition.

Akshita Nahar Jain
Sr Associate Editor
Akshita Nahar Jain has worked with various publications, including Elle, Harper’s Bazaar Bride, and Time Out Delhi, and written extensively on fashion and lifestyle. A sucker for alliteration and stylish sitcoms, she enjoys scrolling the web for less travelled destinations.
Sign up for our newsletters to have the latest stories delivered straight to your inbox every week.