Remixing the classic silhouette of a sneaker with a luxury house’ influence or an artist’s inspiration has been a major trend in 2019. Even though sneaker collaborations have been a theme for a couple of years now, the last year in the sneaker-sphere showed the world a much more creatively audacious side of it. It’s all about fusing cultures, redesigning silhouettes and adding a serious touch of luxury to this streetwear staple. As we conclude another year in the indulgence of sneakers, we’ve listed 6 sneaker collaborations the internet was obsessed about most in 2019. 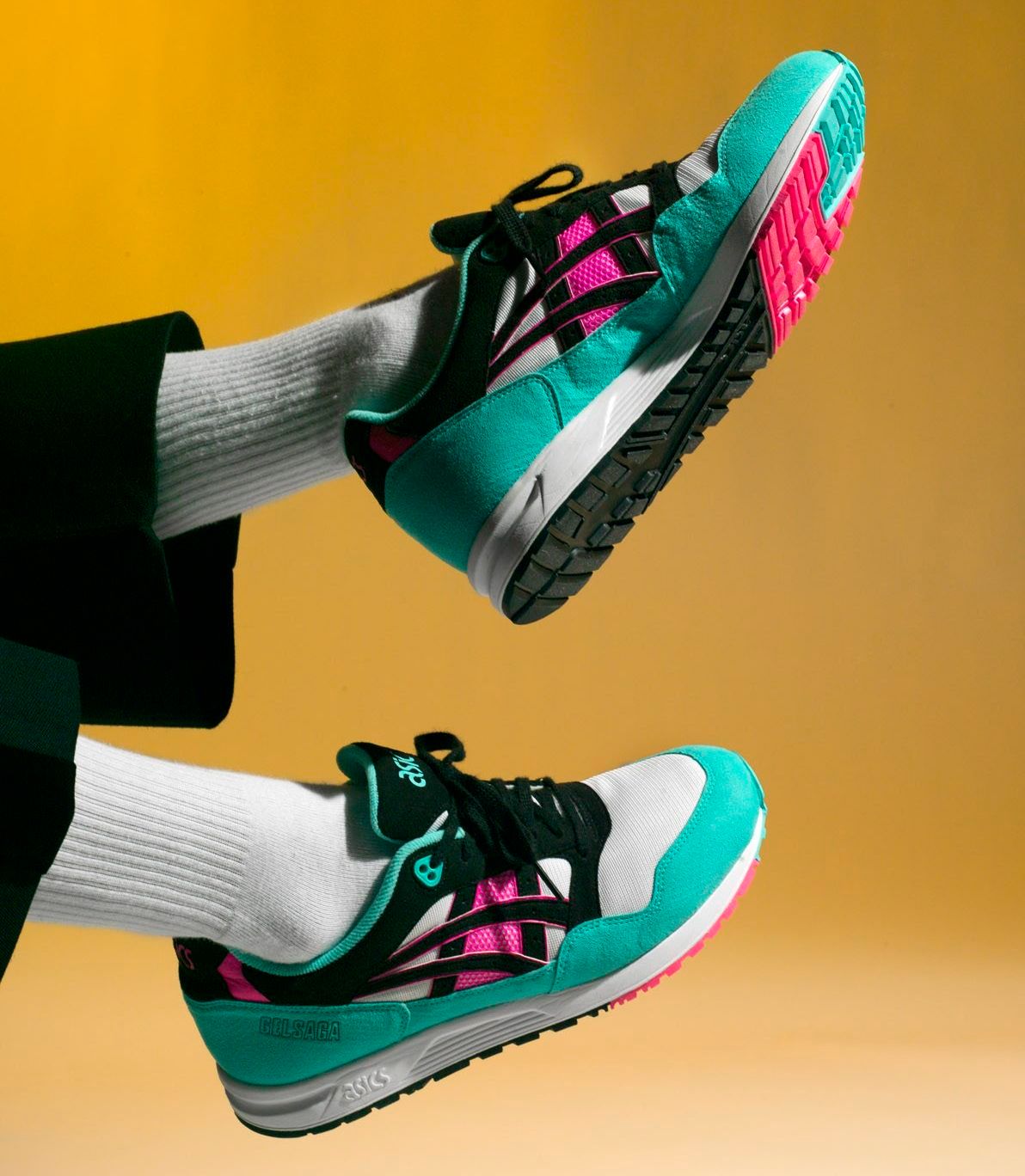 Starting off this list with the unofficial sneaker of the year 2019 – The “Cactus Jack” Air Jordan remixed by Hip-Hop icon, Travis Scott. Only renowned personalities like Virgil Abloh, Dave White and a hand full more have had the honor of remixing this Nike basketball cult shoe. After Scott’s raging ‘ASTROWORLD’ success in 2018 and his influence in streetstyle, the was given this honour too. Maintaining the classic silhouette of the Air Jordan 1, they simply added his signature brown khaki colourway into the mix.

It’s safe to say that the whenever one thinks of a white sneaker, an adidas pair comes to mind first. After a heritage in white sneakers, they very recently announced their union with Italian luxury fashion house Prada over an all-white sneaker and accessory capsule. The unisex sneakers, will be crafted by Prada in Italy, are produced in a limited count of 700, with the unique serial number embossed on one side.  A trefoil logo-print can be found on the heels, set right above a Prada logotype. Nobody saw this collaboration coming, but when it did, it instantly became the most desired luxury pieces in the world’s eyes.

This might just be the most exclusive pair on this list. Designed by Cynthia Lu from the Cactus Plant Flea Market label, the remixed Nike VaporMax combines the Swoosh’s most cutting-edge technology with the label’s DIY-aesthetic, the shoe is modern yet still boasts an element of craft. Details like shoe’s three-dimensional prints stayed true to her signature aesthetic and offered a taste of the under-the-radar line’s look to a much wider audience. This LED sole pairs are limited to just 25 and they can only be personally gifted to you by Cynthia Lu herself. Undoubtedly one of the most unorthodox sneaker collaborations we’ve seen this year.

It was certainly interesting to see the fusion of Japanese futuristic luxury and old-school Nike running silhouettes. To create this retro-futuristic concept, Nike pulled out their classic ’70s Waffle file from the archive. The Japanese have always been ahead of the curve with design, and remixed this pair into a 3D concept that appears to be a sneaker glitching into two forms. Even though the classic Waffle wasn’t much of a hit back then, it turned out to be an one of 2019’s most unique sneaker collaborations, thanks to Sacai’s touch.

In the domestic sneaker sphere, this collaboration has been the biggest sneaker rave. How often do you see a pair of sneakers that take inspiration from a national highway? Joining the dots between Jaipur and Mumbai, FILA teamed up with Superkicks to revive a 1994 silhouette in order to offer runners better breathability and sprint support. With two core colours, the blue takes after the sea of Mumbai and the pink after the royal city of Jaipur. The range was limited to just 90 pairs and sold out soon after its launch. FILA and Superkicks are considering a restock of the NH8 shelf.

Branded as the Air Jordan 1 High OG Dior, the design is the brainchild of Kim Jones, creative director of Dior Homme, with touches by the designers at Nike’s Jordan Brand. The grey and cream pair of high cut Air Jordans are made entirely with calf leather, paying homage to Dior’s history of leathercraft, coloured in Dior Gray and balanced with cream. The signature Nike swoosh logo is redone with the Dior Oblique monogram, as well as etched on the insoles.