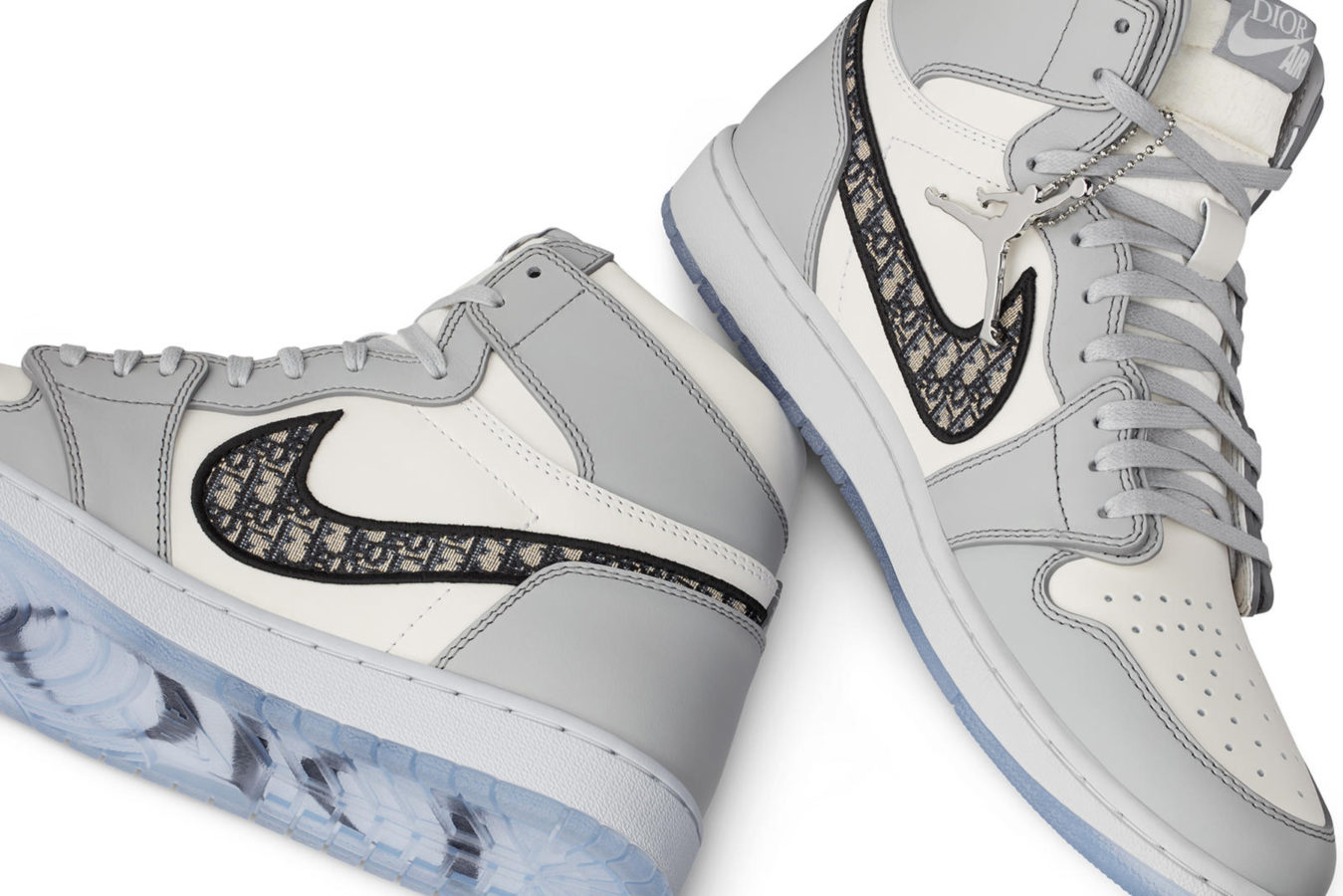 Hot on the block today is Dior Men and the Nike Jordan Brand’s new and exclusive ‘Nike Air Dior’ capsule collection. They gave us a closer look ahead of its April debut. Spearheading the assemblage is Nike’s ace sneakerhead Travis Scott who sports the duo’s new ready-to-wear apparel collection.

Throughout 2019, designer sneakers and their luxe treatments were a major theme in sneaker sneaker culture. But in its last month, we noticed a shift in focus from fashion designers to heritage luxury houses. The Nike X Dior Air Jordan 1s and the adidas x Prada Superstars were announced around the same time, birthing a new verve to excite sneakerheads across the globe.

In terms of silhouette and brand identity, high fashion and sneakers were originally presumed to never find common ground, but now, with the help of Kim Jones and the dynamic men at Nike, these cracks in the wall started becoming more and more prominent and needed a fix. Louis Vuitton x Supreme did big things for the culture, setting the curve and effectively making luxury and streetwear near synonymous. The Nike Air Dior capsule, will be as influential.

As sneaker culture and athleisure lean towards retro silhouettes, the Air Dior capsule will too. Meshing Dior’s pristine tailoring with American 80s athleisure, the core line-up will include a gray suit with new logo buttons,  silk shorts decorated with a graphic motif featuring the “CD” initials. Highlights from the collection include minimalist wool suits adorned with buttons featuring the “Air Dior logo,” MA-1 bomber jackets, gray suede hoodies, cashmere sweaters, bob hats, and necklaces that are punctuated with the luxury label’s favorite colour “Dior gray” alongside shades of navy blue and white for a sleek contrast.

“The clothes are based on Michael Jordan’s off-court style. He wore suits all the time – I love that,” Kim Jones, Creative Director at Dior Men’s, told WWD.

The ‘Nike Air Dior’ capsule collection will be making an official debut in the month of April and will be available for retail globally in stores as well as online.