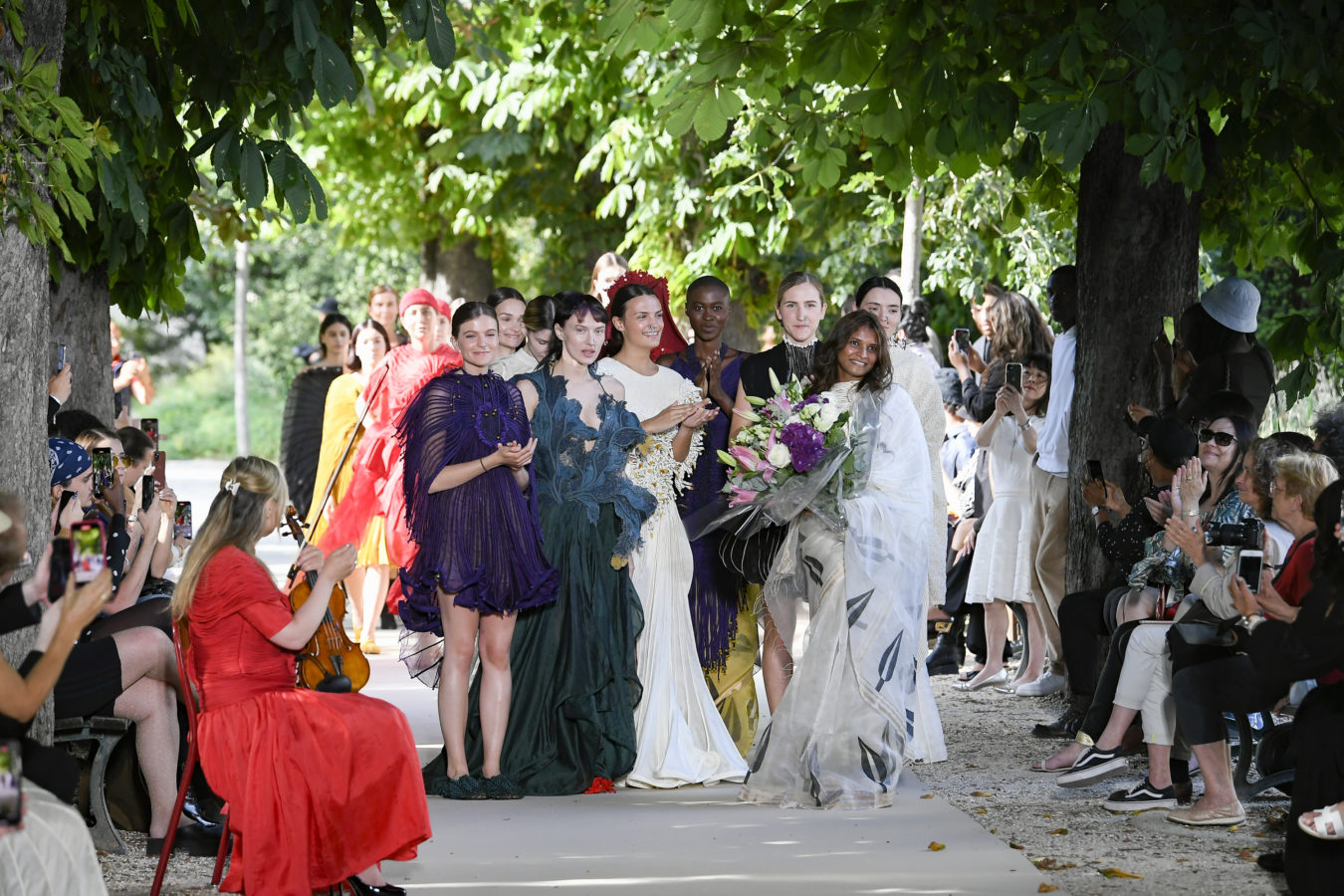 Vaishali S debuts at the Paris Haute Couture Week 2021 tonight, and we have all the details

Style
Vaishali S debuts at the Paris Haute Couture Week 2021 tonight, and we have all the details
Share this article
Next article

Designer Vaishali Shadangule takes a moment to catch her breath and talk about her collection, Shwas, for Paris Haute Couture Week 2021, the first Indian woman to do so. Plus, exclusive sketches offer you a sneak peek into the collection that makes its debut today both as a digital and physical live show in Paris.

At the time of our interview with Vaishali Shadangule, she is sitting in the airport waiting area to catch a flight from Milan to Paris. It’s only two days before her big debut at the Paris Haute Couture Week 2021, and the designer has travelled via five countries in order to get to her final destination due to pandemic requirements. The travel seems like an easy feat in comparison to the preparation that Vaishali has been putting into getting the collection ready for couture week. “A collaboration with La Fédération de la Haute Couture has always been on my mind. To reach there and utilise the platform is a dream come true and it took courage and a lot of pushing from my team and family to eventually do so. Every season, the federation shortlists 20 designers and finally picks two from all across the world to participate in the annual event.

Innovation, craftsmanship, and sustainability have been the three pillars of Vaishali S’ label. Values such as involving local craftsmen or villages, using traditional weaves and ensuring zero production waste have been a part of the brand’s ethos right from the beginning. The collection, titled Shwas meaning ‘Breath’ in Sanskrit, comes with multiple meanings and connotations.

“It was during the pandemic that the idea of a breath was heightened in my mind. We study that we need oxygen to breathe in school, but that concept was heightened during the second wave. The concept that nature is directly connected to us and by damaging it, we are in turn damaging ourselves, is the main inspiration behind this collection,” shares Vaishali. This notion was also enhanced by her experience of underwater diving where you are acutely aware of each breath you take. Nature and its many forms and textures have always been a strong influence on her collection and is represented via indigenous weaves unique to India.

Vaishali’s collection for Paris Haute Couture Week 2021 also borrows from her very first project as a designer based on the idea of a string. “When the strings connect, it becomes a piece of fabric. So, for me, the body was the fabric and the breath was the string. Same thing you will see in my collection. The chord is a very important part of my collection — how it’s flowing, the silhouette, and everything you will see.”

A collection of 25 garments that use elements and textures of nature like the ones you see in corals and tree barks are highlighted through fabrics such as Merino wool woven in Maheshwar, Khun from Karnataka, and other indigenous weaves from West Bengal. The silhouettes are unconventional, flowing and textured.

The collection took a gestation period of almost nine months to complete with everything from the weaves, fabrics and embellishment are done by hand at Vaishali’s ateliers. Keeping COVID-19 protocols in mind, the entire team of 15 workers and Vaishali stayed put there to complete this collection.

Sustainability might be the buzzword on everyone’s mind, but for Vaishali, it’s always been an intrinsic part of her work. “Sustainability was not something I followed consciously. It was ingrained in me since I was a child. I come from a small town in central India, and even today, people follow sustainable practices. We have learnt it for generations. We will make multiple things from a saree cloth, but we will never throw it away, no matter how old it becomes. In our house, we don’t even wastewater. So I think unconsciously, these practices were enforced on me and my work. Also, when you look at how hard the weavers work, you simply don’t have the heart to throw anything away. From the leftover fabric, I make lampshades and rugs. We also make a lot of things from leftover threads. Sustainability has always been in my mind. People are now talking about sustainability, but we Indians have mastered it for a long time,” she rightly points out.

With only moments left for Vaishali to catch her flight, she tells us about the groundwork she is yet to do in preparation for the physical show in Paris, from model fittings to crew coordinates. It’s a big moment for her and India as she is the first Indian woman selected for the couture week. “I think I have this sense of great responsibility towards India because I really want to show the world what our country can do in these challenging times. We have beautiful fabrics. I want to show them (the organisers) the combination of beautiful silhouette designs, fabrics, textures and everything else. I want to show the world that we have the potential. Hopefully, I should be able to do that with this project which I have been dreaming about for some time now,” she concludes as she rushes to catch her flight to the city of dreams and couture, Paris.

You can live stream her show here at 9:00 pm IST today.