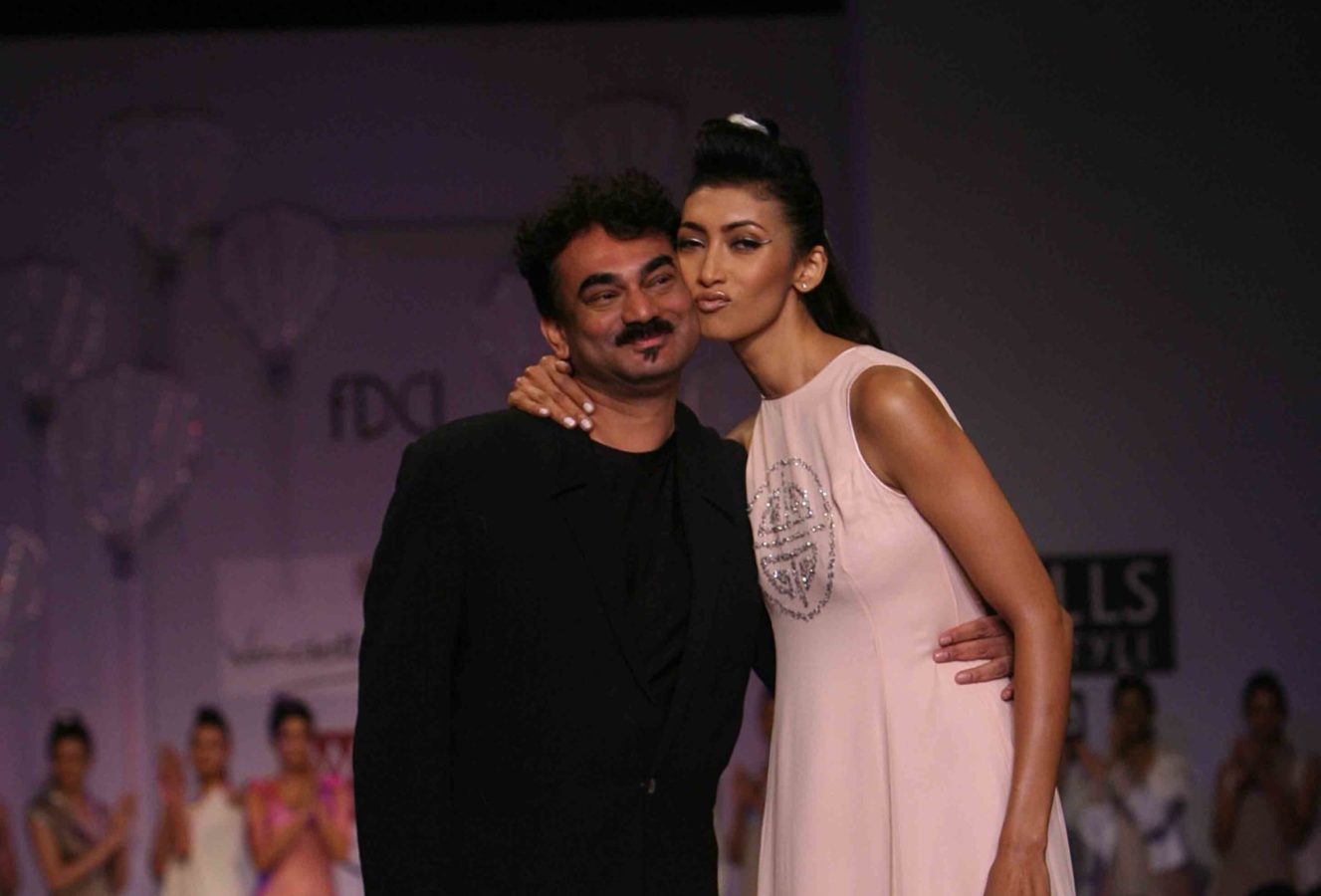 We bid adieu to the man behind season-less fashion, Wendell Rodricks

Style
We bid adieu to the man behind season-less fashion, Wendell Rodricks
Share this article
Next article

It is only now, a full day after his unexpected passing, that we can begin to take a considered look at fashion designer Wendell Rodricks’ legacy.

The first prominent fashion icon to leave the world after the great Rohit Khosla, Rodricks’ death takes on more symbolism than just the mere passing of a soul from this world to the next; in death, he remains as large as he was in life.

In the early days of Indian fashion, the 1990s, Rodricks was the only designer who didn’t come from Delhi or Mumbai, and whose name was as well known as the stalwarts from India’s two fashion capitals. In a country obsessed with colour and embellishment, he worked mostly with plain, white, natural fabrics.

While others cut fantastical silhouettes that flared and flounced, Rodricks manipulated squares of chiffon and linen into liquid drapes that skimmed over the wearer’s body. A pioneer of resortwear in India, it can be argued that he began doing seasonless fashion before it started trending as a hashtag.

But more than his professional achievements, what made Rodricks stand out was his unabashedly vocal nature. Unlike a great many of his peers, Rodricks never once shied of making his opinions known on topics ranging from local and environmental issues to Goan culture to politics to industry gossip.

A proud Goan, he was generous to a fault, opening his home, the Casa Dona Maria—a 450-years-old heritage villa in the village of Colvale—to anyone who wanted to visit. Today, it is the site of the unique Moda Goa Museum, Rodricks’ lifelong project that is scheduled to open in May this year, showcasing artifacts and objects from the 7th Century CE to the present day.

Deeply concerned about the environment and social issues, Rodricks’ work focused on creating sustainability. This he made known by voicing his displeasure about government policies enacted in Goa, as well as his work with Kunbi sari weavers, reviving the local sari-weaving community almost single-handedly.

An author and columnist, he documented his life in ‘The Green Room’, his autobiography, and also wrote a fiction titled ‘Poskem: Goans in the Shadows‘, about the lives of orphans adopted into well-off Goan families. A coffee-table book, titled ‘Moda Goa‘, preceded his museum project, and detailed the history of textiles and garments in the state through his personal collection that makes up the museum’s exhibits.

All of yesterday, social media was abuzz with messages of condolence and pictures shared by everyone who had the pleasure to meet, interact, and spend time with Rodricks. A measure of the lives he touched, almost each one included a deeply personal memory.

He is survived by his partner, Jerome Marrel. His protégé, Schulen Fernandes, who has been working with him since the late ’90s and took over his label in 2016, succeeds him professionally.

As the Indian fashion industry mourns the loss of one of its brightest stars, it is worth remembering what Wendell Rodricks stood for. And take heart in having shared time and space with a visionary who championed, above all else, simplicity and generosity of spirit. He will be deeply, truly missed.

Rana is a freelance fashion journalist and the cook-founder of Rana Ka Khana, a monthly secret food pop-up that celebrates regional Indian cuisines. A graduate from the National Institute of Fashion Technology, New Delhi, he has assisted designers like JJ Valaya and Sabyasachi Mukherjee, and worked with and written for publications like GQ India, Harper’s Bazaar India, Vogue India, Elle India, the NYT Style blog, The Hindu among many more.

Food & Drink
Chef Pablo Naranjo Agular: Food and drinks have the power to bring people together
LSA Access
10 luxury watch terms to make you sound like a horologist
Style
Under-the-radar sari labels for picky millennials
Beauty & Grooming
#WFH Benefits: How to make your bath as luxurious as possible
Style
These Indian designers are making face masks for free amid COVID-19
Culture
How to handle self-isolation: Lessons you can learn from a veteran
Culture
Akansha Ranjan Kapoor: The hidden star in Netflix’s ‘Guilty’
Beauty & Grooming
The 5-step guide to using hair wax correctly and the best ones to buy
Culture
Lockdown in your country? Here’s how to shop for groceries, sensibly
Sign up for our newsletters to have the latest stories delivered straight to your inbox every week.

Priyanka Chopra Jonas set the runway on fire at the Blenders Pride Fashion Tour finale show, ‘The Pride of India’

How fashion & beauty brands are helping the world during COVID-19