Experience a fantastical world of French rococo design and Indian craftsmanship at the new location of Jaipur’s iconic boutique IDLI by Thierry Journo. 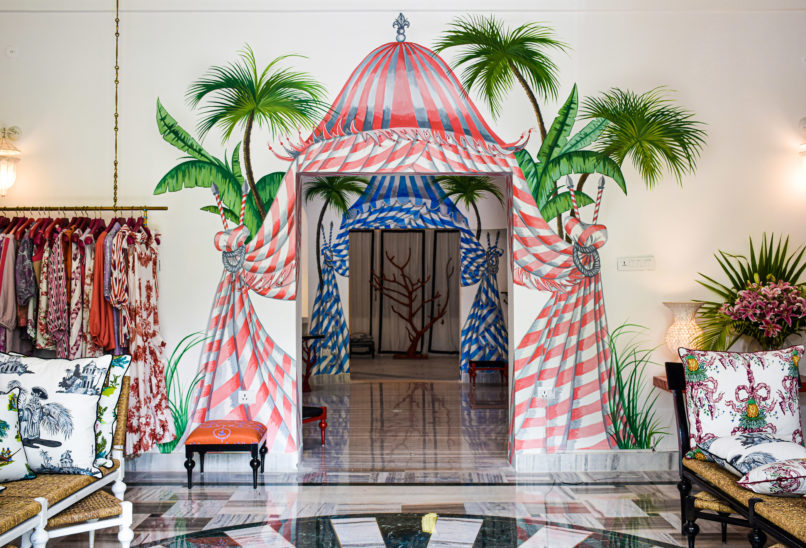 Almost 20 years back French illustrator and designer Thierry Journo made a trip to India with a friend and never really left. Leaving behind his corporate life as an illustrator in the world of high fashion including stints with Thierry Mugler, Andrée Putman and John Galliano at Givenchy. The rich culture and crafts of Jaipur resonated with the designer, and Thierry Journo established himself here.

In 2006 Thierry Journo named his boutique label after his favourite South Indian snack, Idli. IDLI by Thierry Journo for the designer, “isn’t simply a brand but a culture. The idea isn’t simply about creating something fashionable but presenting the world through an exotic dreamer”. Furnishings, textiles, crockery, womenswear, menswear and more, IDLI is a whimsical portrayal of the Orient using French Toile de Jouy prints. 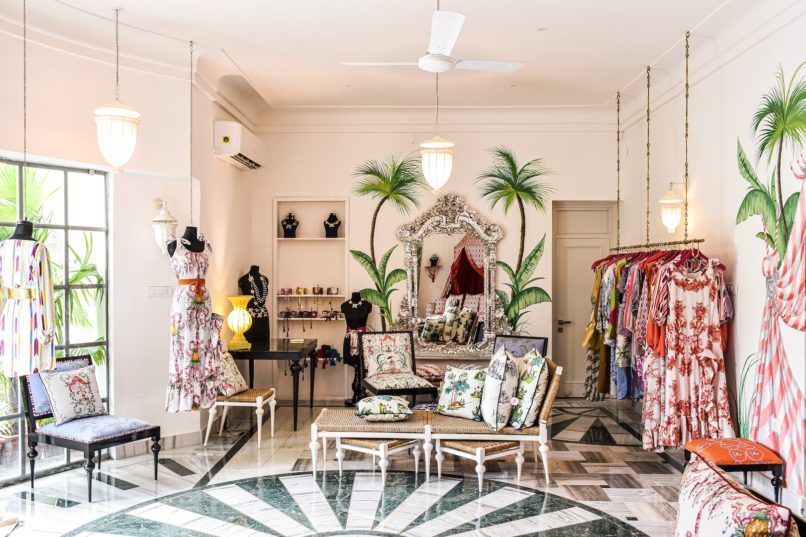 The store over the years has held its ground at the Narain Niwas Palace Hotel in Jaipur but shifted its base to a new airier and brighter store in the posh C-Scheme area. Opened in the year of the pandemic, the store meets the designer’s need for more space and light to appreciate the collection. The opening was also accompanied with the launch of their e-store that makes the brand’s quirky clothing and accessories more available to the global audience that can’t necessarily travel there. While the designer adheres to a touch and feel philosophy of shopping, in lockdown the need for a digital presence resonated with him. 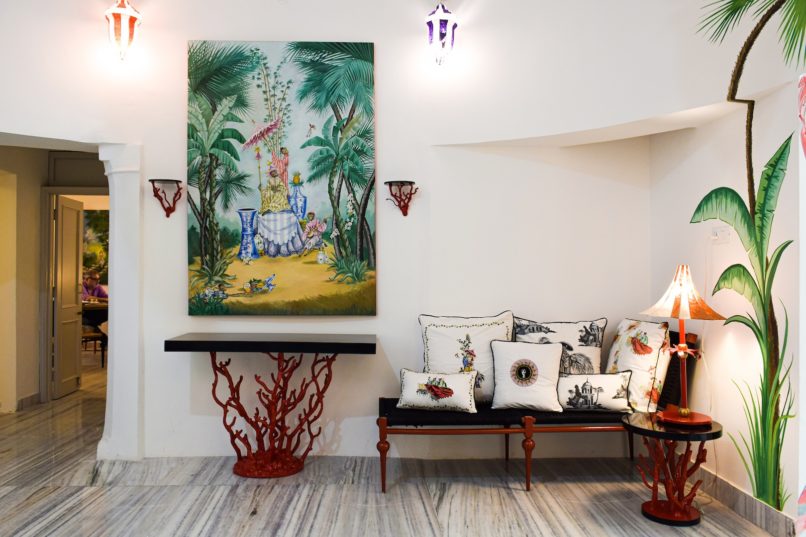 The playful and stylish new store is quintessentially French yet accentuated with elements of the east. Designed by Thierry Journo himself, the new boutique reminds Journo of his teenage years when he painted tents in a friend’s room. The decor is a ‘flight of fun’ based on this memory with striped marquee tents covering the passages that connect the rooms. The painted trompe l’oeil canopies, tropical foliage mimic and hanging paper lanterns allude to an exotic circus where the performers are replaced with wares. 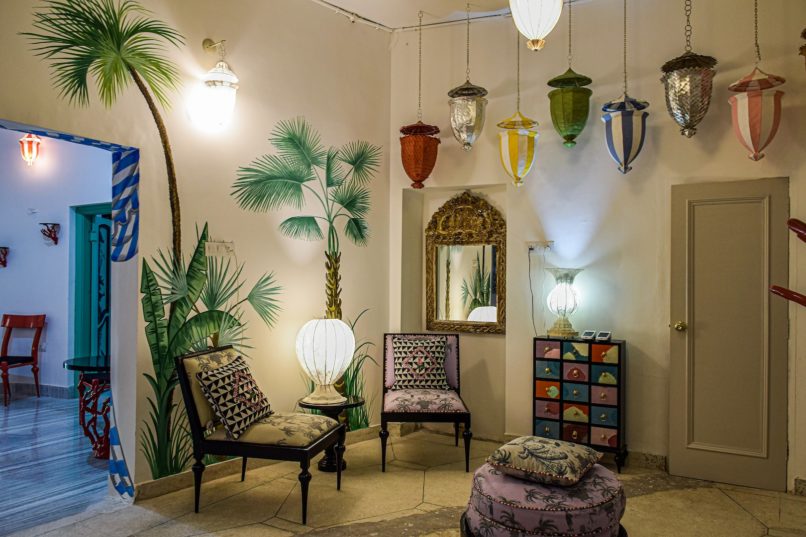 The separation of rooms also segregates the collections – the first room is filled with clothes, second is dedicated to accessories while the last two are dotted with furniture, furnishing, cushions, rugs, lamps and porcelain. When it comes to designs at IDLI by Thierry Journo, the collections are seasonless and some of the prints have continued being replicated since the start. “I believe more in style than in fashion. Fashion kills everything every six months. While style looks at improving what is already there and at IDLI we create an aesthetic that is easily recognisable and timeless,” shares the designer. So if you’re looking for adding a playful element to your wardrobe or home, then IDLI by Thierry Journo’s new space/website is the place to camp at.

Is that a Balenciaga logo on a Gucci coat? Plus, other remarkable details from the Aria collection