Home > Style > Fashion > Who won at the Oscars red carpet? These guys. 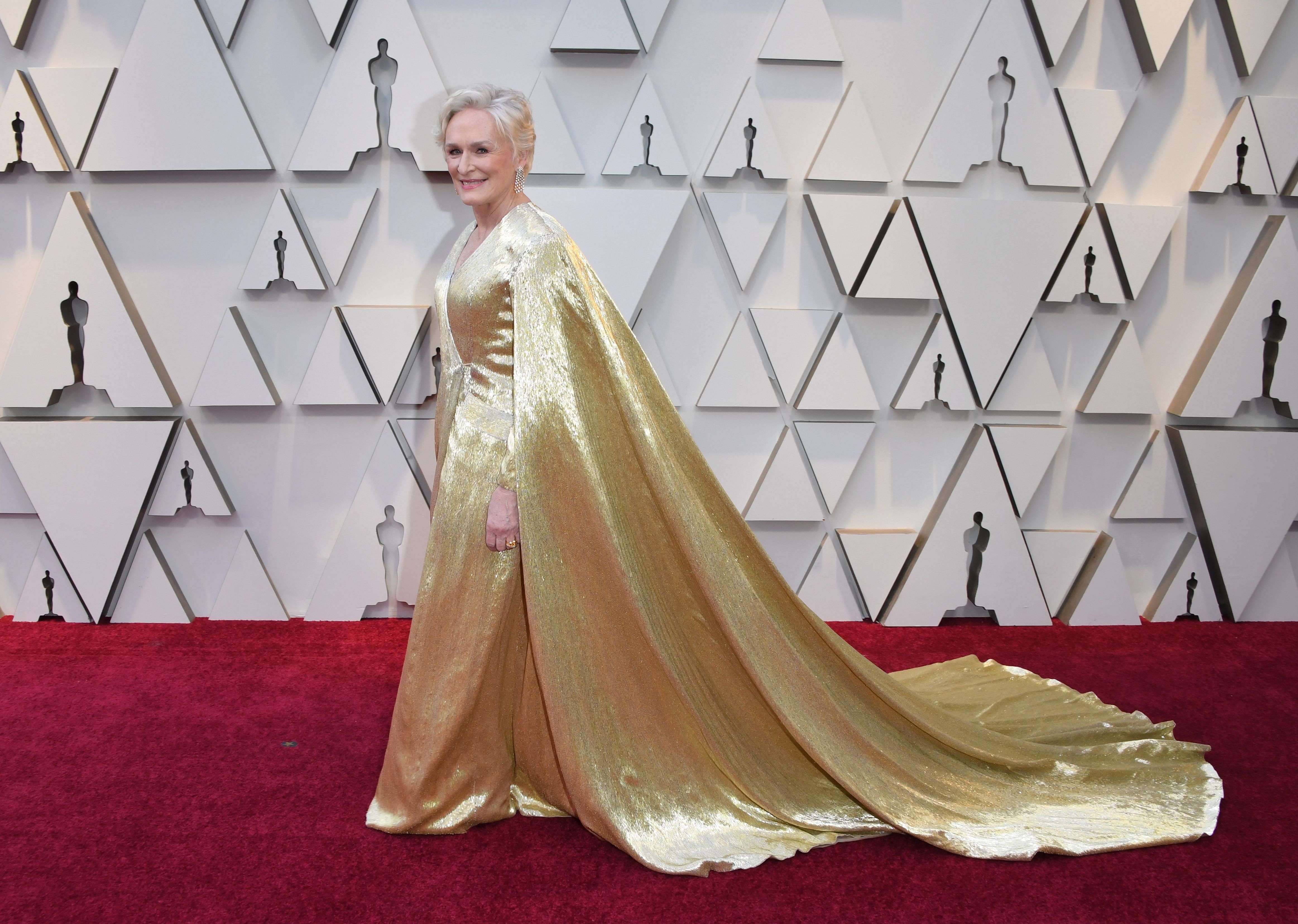 Who won at the Oscars red carpet? These guys.

Style
Who won at the Oscars red carpet? These guys.
Share this article
Next article

The Oscars is as much about the wins (and losses), as it is about making a statement on the red carpet. The awards have been closely followed for its fashion, and this year didn’t disappoint either. Here are our top picks of the ladies and gents who brought it. 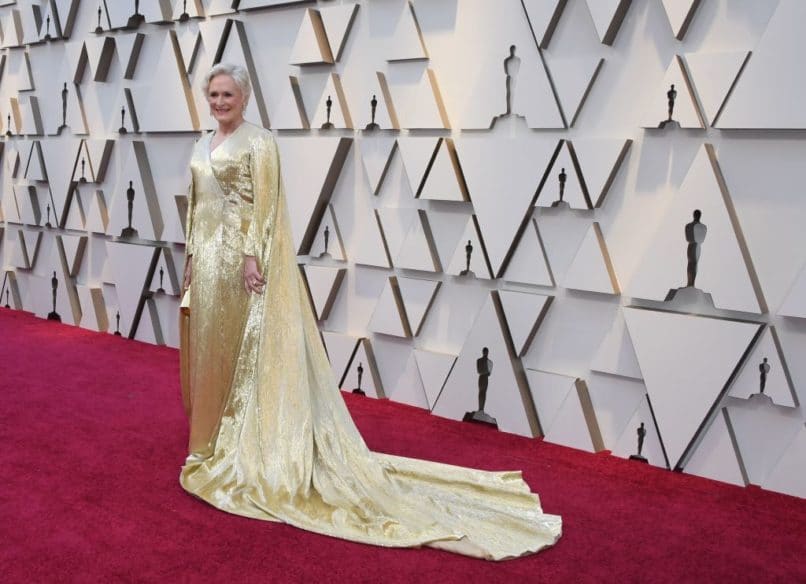 In a stunning golden Carolina Herrera gown with a cape, the actor nominated for ‘The Wife’, shut the carpet down in a number that designer Wes Gordon created specially for her. Made with 4 million beads and assembled in both New York and Mumbai with the help of more than 40 craftsmen, the 42 pound-number was a heavy hitter. 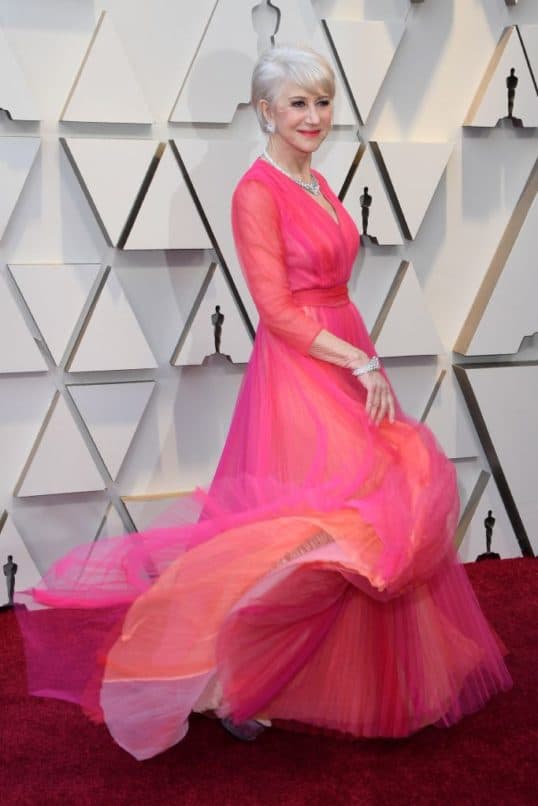 Always the epitome of style, Mirren had fun swishing and playing with the layers of tulle of her pink and orange custom Schiaparelli Haute Couture gown, which she paired with Harry Winston jewellery and a Tyler Ellis bag. 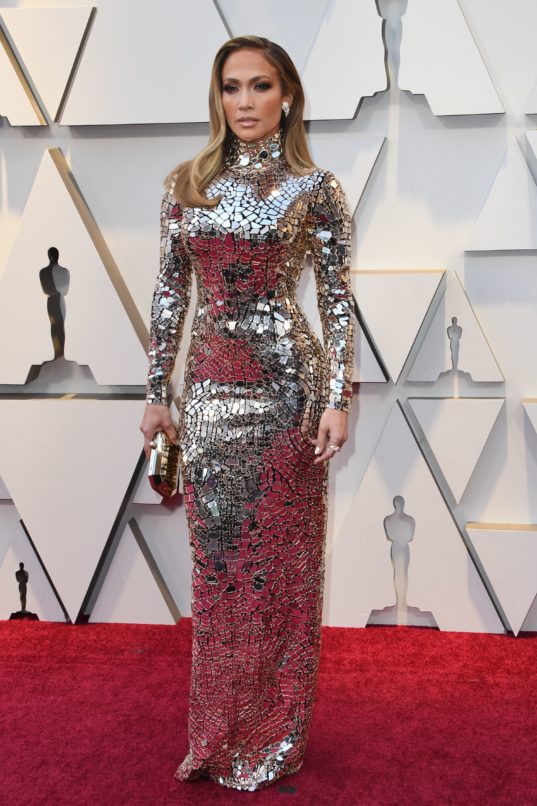 Never one to not create a stir (who can forget the Versace dress, cut down till there and held together by a brooch that she wore to the 2000 Grammys), Lopez’s choice for the Oscars was equal parts astonishing and stylish. A glass mosaic came together in a form-fitting gown that turned heads as soon as Lopez stepped on the red carpet with husband Alex Rodriguez. A Tom Ford outfit, she opted to highlight it with old-world glam makeup. 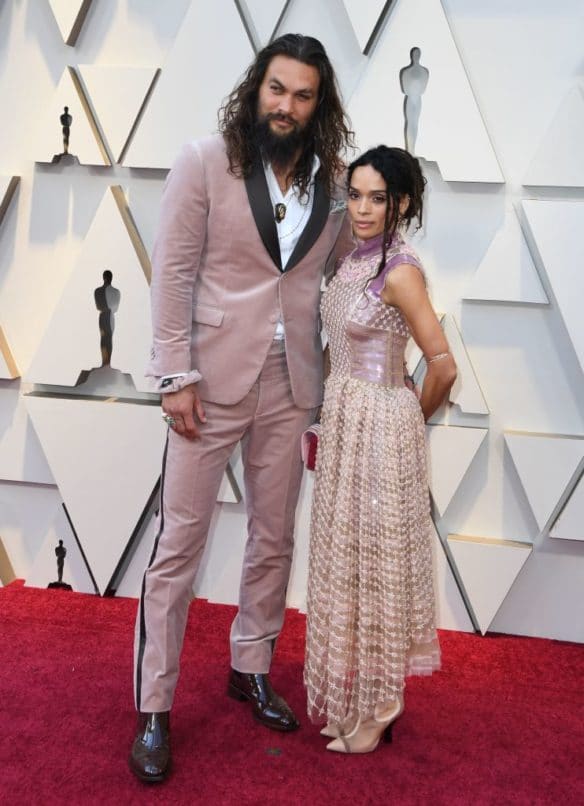 Pretty in pink and how. The ‘Aquaman’ actor and wife Lisa Bonet both wore coordinated outfits, designed by the late Karl Lagerfeld. Momoa particularly stood out in a pastel pink Fendi couture number from Largerfeld’s last line for Fendi. Mirren, who presented the Best Documentary Award with Momoa, even exclaimed, “We can both wear pink now”. 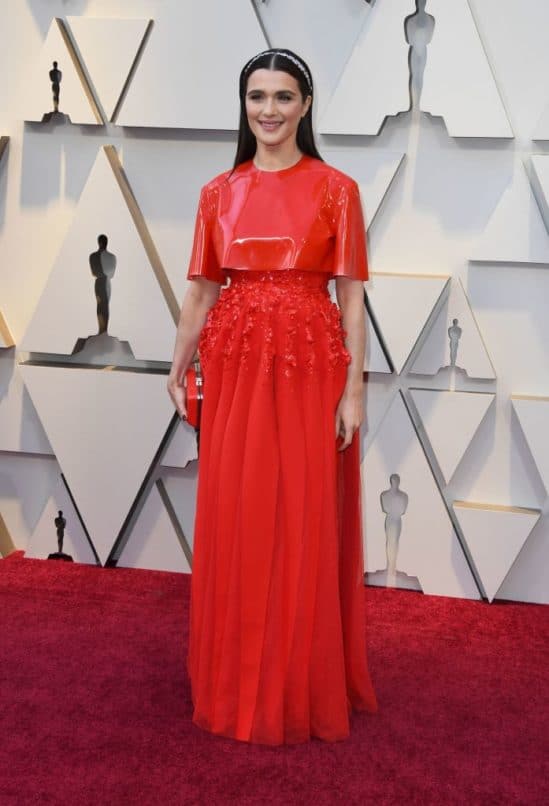 Weisz’s was an unusual choice of PVC and tulle but nevertheless a winning one. Nominated for the Best Actress in a Supporting Role for ‘The Favourite’, Weisz made a statement in a Givenchy crop-top-meets-embroidered-gown in fiery red, which she paired with $6 million worth of Harry Winston jewels. 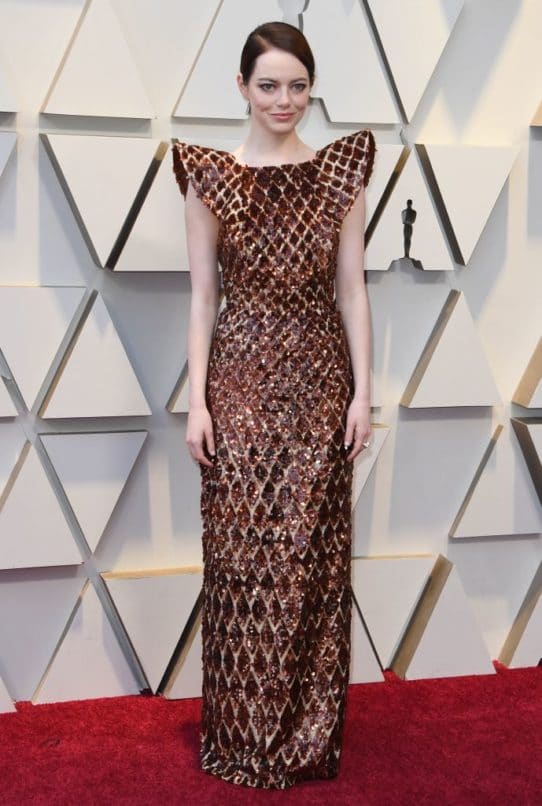 Stone’s been nominated for the Oscars four times now, this year included – Best Actress in a Supporting Role for ‘The Favourite’ – and her power shoulders were perhaps a nod to her place in Hollywood currently. The custom designed Louis Vuitton sequinned gown shimmered as she sashayed down the carpet. 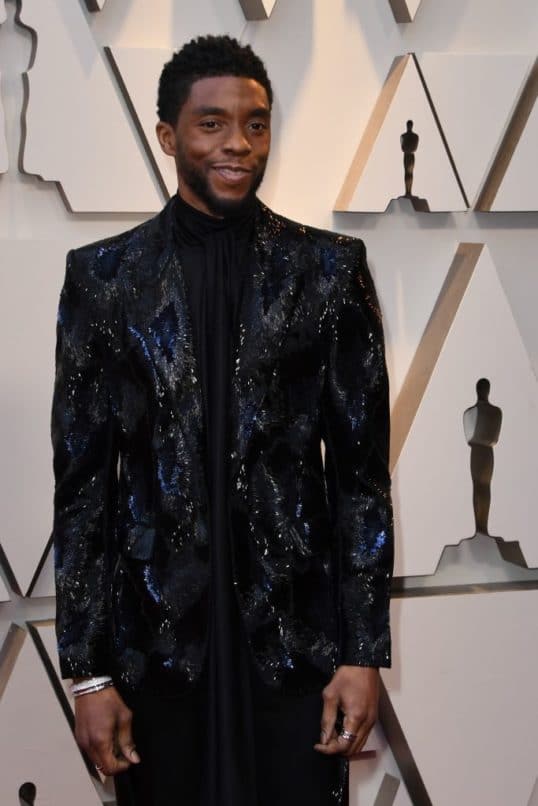 ‘Black Panther’ is all anyone has talked about in the lead-up to the Oscars, being the first superhero movie to be nominated for the top honour, and its protagonist Boseman made sure he kept the hype up with his gender non-conforming Givenchy Haute Couture outfit – wide-legged black pants with a sequinned train, paired with a sequinned blazer – that he wore on the red carpet. 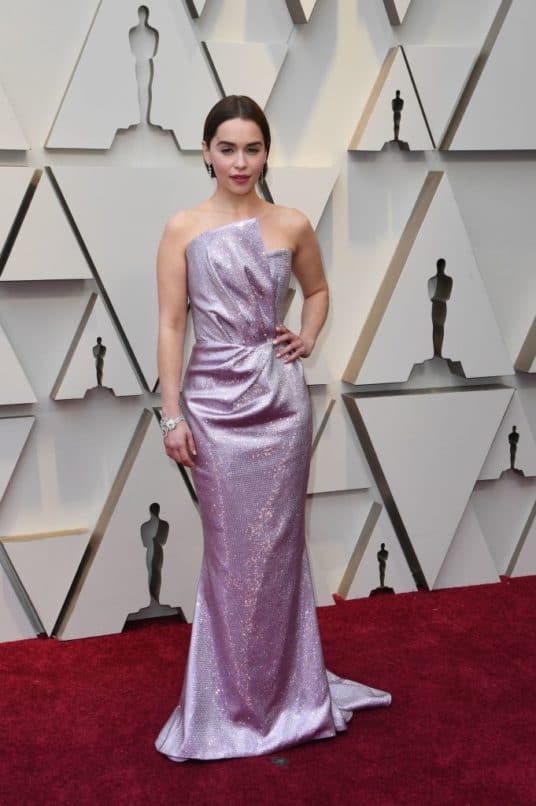 An elegant, chic metallic gown by Balmain, ruched at the waist – Clarke was the epitome of grace in a number that was the perfect example of how style and not trends endure.  With her hair parted in the centre and slicked back, Clarke glowed. 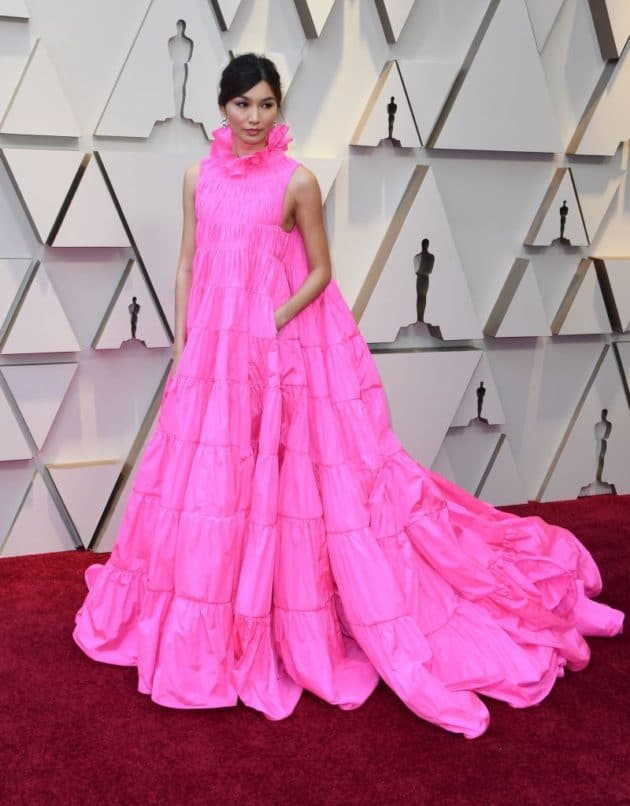 Chan is become a red carpet fave since ‘Crazy Rich Asians’, her choices always getting people talking. This time around she wore a striking bright pink Valentino Haute Couture gown with a ruffled collar that stood out in sea of sequins and metallics.

Forgoing a regular tuxedo, Hoult, who has stars in the Oscar-nominated ‘The Favourite’, chose an all-Dior tuxedo with a spin – the jacket was pleated and buttoned on the side, with a sash.