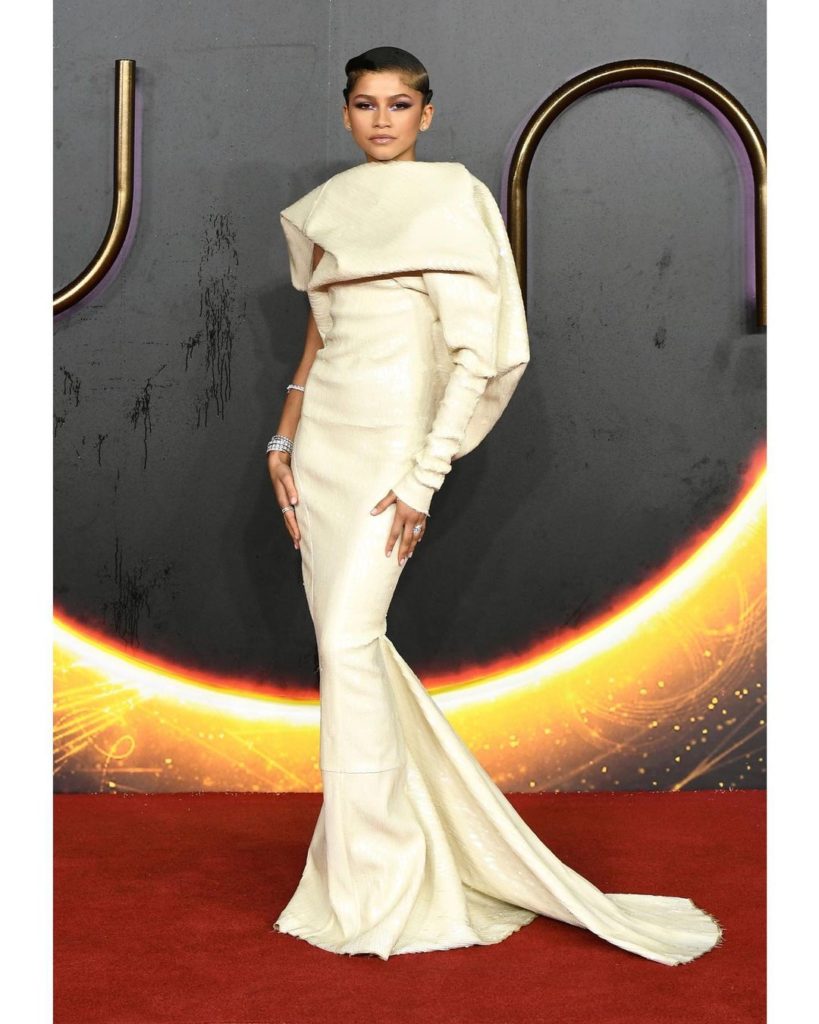 Zendaya at the UK Screening of Dune

For the UK screening of her upcoming Dune, Zendaya looked stunning in Rick Owen’s off white dress that complimented her futuristic look perfectly. Some beautiful Bulgari Serpenti jewellery accented her appearance incredibly. Zendaya at the London Film Festival

With the ongoing promotion of her upcoming film, Zendaya looked marvellous in yet another designer piece. For the London Film Festival, she adorned a corset made of brass chains, a striking ensemble by Vivienne Westwood. Paired with a checkered skirt, this medieval look was a sure head-turner. Zendaya wore a gorgeous Balmain dress that enhanced her features in just the best manner at the Venice International Film Festival. This sculpted caramel coloured leather dress gave a tantalizing wet look and was a bespoke piece created keeping the star in mind. 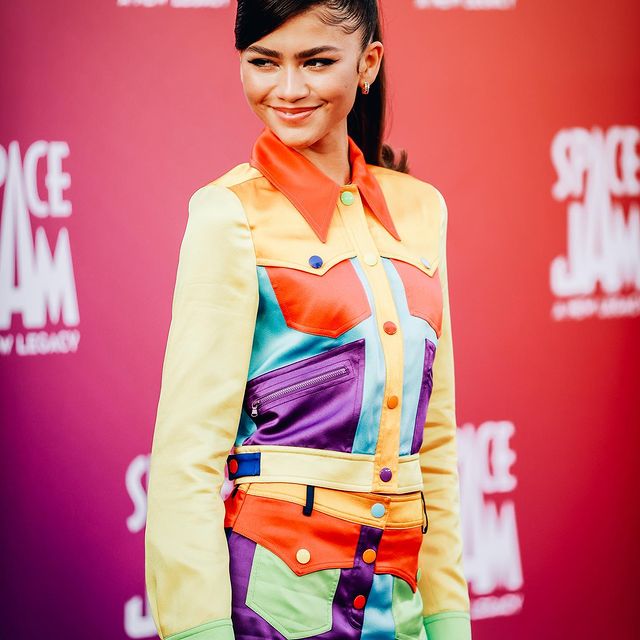 Zendaya at the Space Jam 2 Premier

Behind the voice of the character Lola Bunny, Zendaya looked super cute in this Moschino number. This piece was an apt representation of Zendaya’s bubbly attitude with the colour-blocked jacket and matching shorts. With minimal jewellery, she definitely matched her character for the movie. Zendaya at the Critics' Choice Awards

Zendaya was the youngest recipient of yet another award, the SeeHer Award, at this event. Dressed in a large multi-layered, fluorescent orange skirt from the Valentino Haute Couture spring/summer 2021 collection, paired with an ivory silk crêpe top, Zendaya looked spectacular. 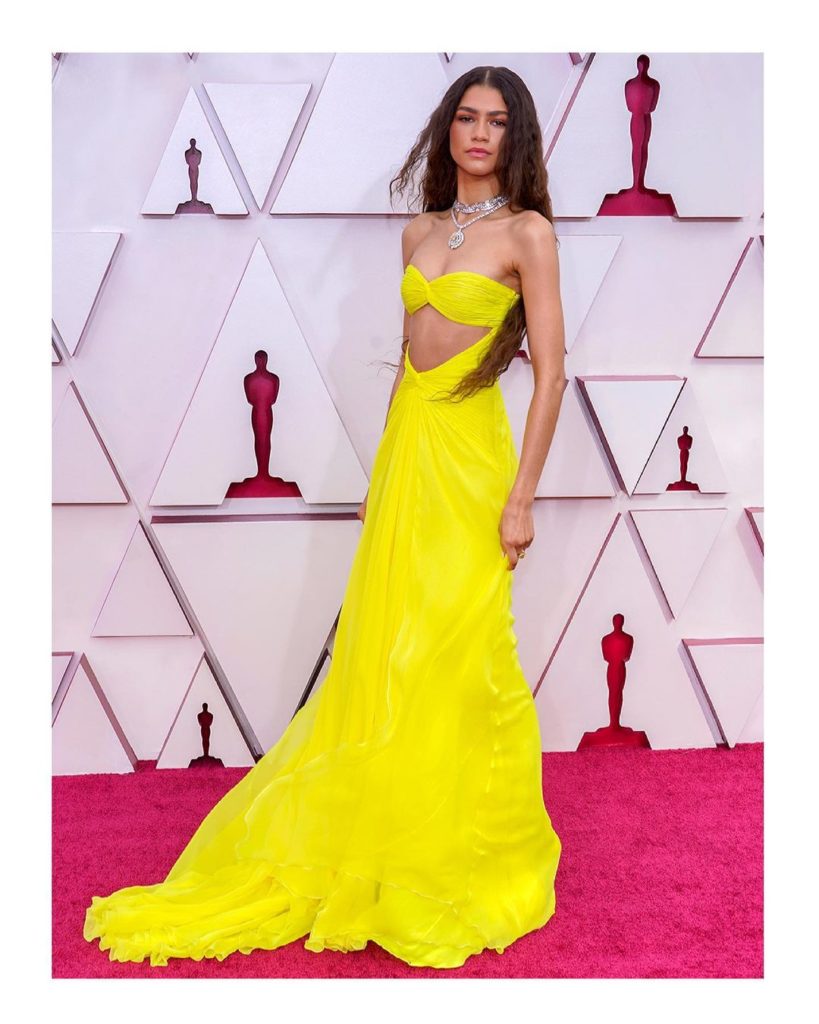 Ever thought how incredible a glow in the dark dress would look? Zendaya showed and ruled this look in the Maison Valentino bright and vibrant yellow dress, and it glows in the dark! She was the perfect candidate for this Cher-inspired look that was accompanied by a pair of Jimmy Choo shoes, Bulgari jewellery and a matching mask. 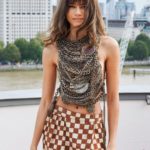 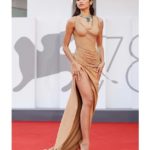 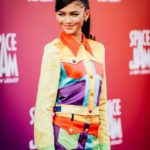 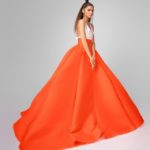 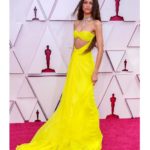 Zendaya has always turned heads for her exemplary fashion, wearing the best designer and pulling off any look flawlessly. At the young age of 25, Zendaya Coleman is a 2021 recipient of the CFDA Fashion Icon Award announced by The Council of Fashion Designers of America (CFDA), an honour she truly deserves.

Zendaya Coleman has received several awards for her excellent screentime presence — Primetime Emmy Award, a Satellite Award, a Saturn Award, a People’s Choice Award, several Teen Choice Awards, to name a few. She is an all-around actress who also is known for her exceptional singing, too. A recent movie, The Greatest Showman starring Zendaya along with Hugh Jackman and Zac Efron, showcased her unmarked talent of acting as well as singing.

Whether it is an award show like the Emmys or the Met Gala, Zendaya has looked outstanding in all of them. In 2019, Zendaya dressed as Cinderella in a light-up Tommy Hilfiger dress, effortlessly projecting the personality of a princess. With long time stylist Law Roach as her fairy godmother, they recreated the beautiful scene of turning her into a princess. Both Zendaya and Law Roach were true to their character.

This year itself, she represented the works of famous designers from Vera Wang to Rick Owens to David Koma and Maison Valentino. As she becomes the youngest recipient of the CFDA Fashion Icon Award among previous recipients like Beyoncé, Jennifer Lopez, Rihanna, Pharrell Williams and others, here are our top 6 fashion favourites worn by her.