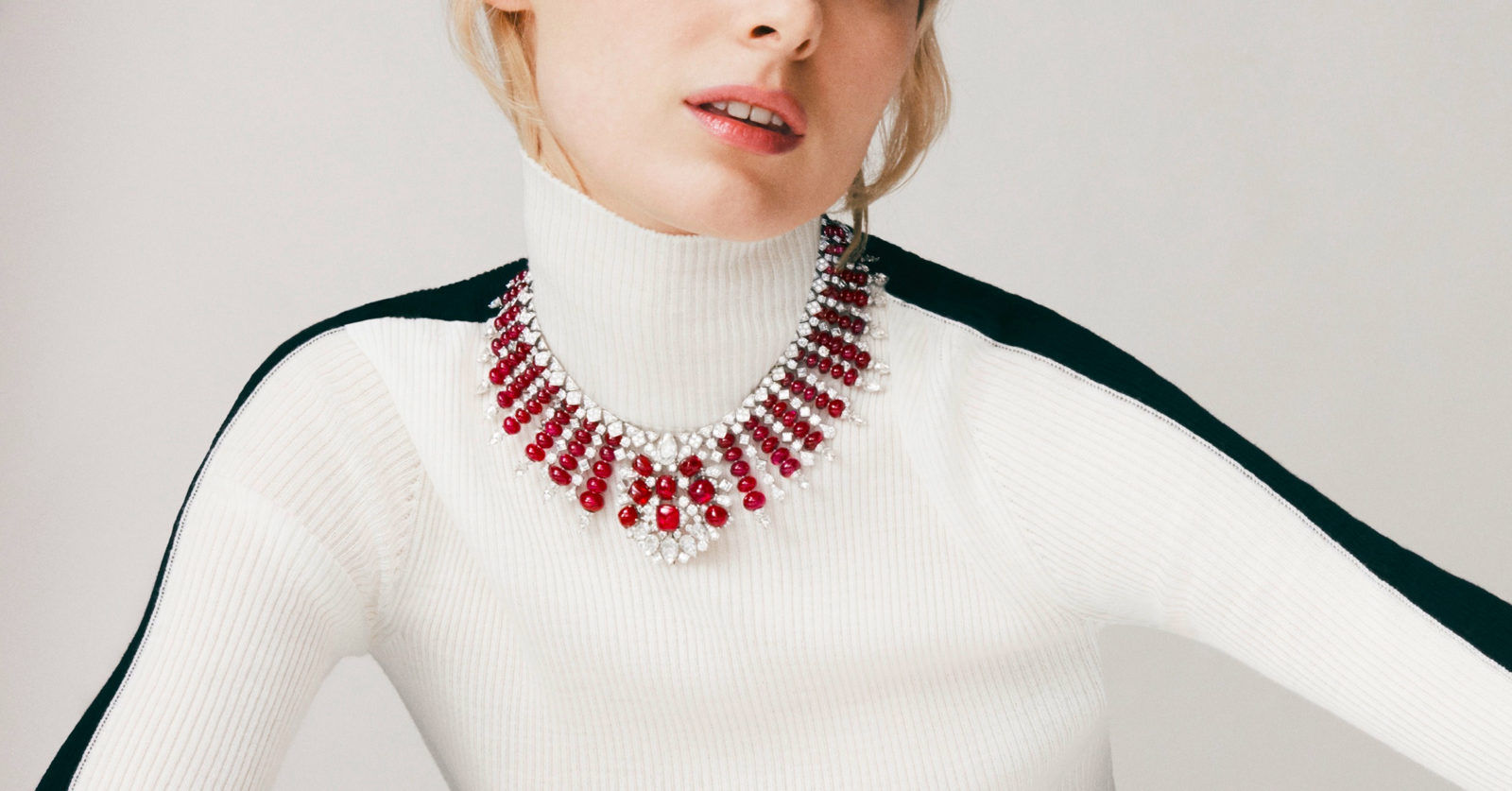 The most resplendent ruby jewellery designs to flaunt this July

Since it was discovered two millennia ago, the ruby has remained a favourite among collectors and jewellers. And it’s easy to see its appeal, given the gemstone‘s rich, crimson hues and fabled associations with royalty, power and passion.

This year, we spotted quite a few of the scarlet stones across the high jewellery collections unveiled by the ateliers of Place Vendôme, Bond Street and beyond. This July, for which the ruby is the traditional birthstone, we take a look at some of the standout designs that feature the red gem. More often than not, jewellery designers don’t simply rely on the ruby’s beauty or rarity. Instead, the magic of the marvels below lies also in their savoir-faire and the technical traditions that have been passed down from generation to generation.

These are our favourite ruby jewellery designs, which we can’t help but covet.

The highlight of London jeweller David Morris’ Renaissance collection is this Rubia cabochon choker, which captured the collection’s theme with an extravagant display of rare, Burmese rubies. The necklace is set with a whopping 380 carats of the crimson gem in all, complemented by a fringe of square, oval, pear and round-cut diamonds. The high jewellery piece is versatile, too. Its wearer can easily detach the pendant for a simpler look — if you can call a white gold choker lined with the world’s most prized rubies simple.

Every piece from Van Cleef & Arpels’ Sous Les Etoiles collection is inspired by the planets and phenomena of outer space. One example is the Ison bracelet, which is named after a comet that disintegrated after passing too close to the sun. Here, the French high jeweller has preserved its fiery trail through the cosmos with an array of diamonds and hand-cut rubies, set upon a cuff of 18-karat white gold. The blazing rubies were specially set with the Maison’s Mystery Setting, a century-old technique that shows no prongs or metal. Rubies aside, the only other details to stand out on this magnificent piece are the rose gold stars along with it.

The new Sixième Sens Par Cartier high jewellery collection is a display of Cartier’s craftsmanship at its most soulful, and it’s especially apparent in the Phaan ring. At the heart of the jewel sits an 8.20-carat, cushion-cut Siamese ruby, whose brilliant colour is second only to the rare Burmese ruby. What’s even more remarkable is that the gemstone sits right above a 4.01-carat, rose-cut diamond, which only intensifies the ruby’s hue when light passes through it. That technical feat was achieved by the tiered construction of the ring, and enhanced by a circlet of triangular diamonds and cabochon rubies.

While Bulgari’s new Magnifica collection spans some 350 jewels, the brand’s jewellery creative director Lucia Silvestri’s design philosophy is fully captured in the Ruby Metamorphosis necklace, which boasts a 10.02-carat antique cushion-cut Mozambique ruby. As seen on model Vittoria Ceretti, the tasselled necklace is surprisingly supple instead of stiff, moving as freely as its wearer does. It’s also extremely versatile: the diamond choker, chain and tassel are all detachable, allowing you to wear the Ruby Metamorphosis necklace in at least nine different ways, be it a choker, a brooch, earrings and more.

Whether you’re looking for ornate ruby and diamond necklaces or statement cocktail rings, ORRA has a host of possibilities. With a 700-year old legacy of Belgian craftsmanship coupled with Indian designs, the brand has been at the forefront for certified diamond, gold and platinum jewellery in the country. The Nyrika ring with a central ruby and a cluster of diamonds is a great example of this ethos.

In July, Gemfields is celebrating the fiery red stone that is ruby with pieces that hold true to their policies of transparency, legitimacy and integrity. The talismanic properties of the stone are believed to at the epicentre of all jewellery created using Gemfields’ Mozambique rubies. The Valani Atelier x Gemfields Vela Earrings crafted using featuring Gemfields Mozambican rubies are certainly on our wish list.

Mirari by Mira Gulati is home to some of the most stunning and delicate jewellery pieces that the city has to offer. Amongst them is this magnificent necklace made from a suite of vibrant Burma rubies and diamonds. This timeless style sits beautifully on the nape of the neck for a scene-stealing show.

Jewellery Van Cleef & Arpels Cartier Bulgari High Jewellery Gemstones David Morris Ruby birthstone
Lifestyle Asia
Here's where you can read the latest news and stories from Lifestyle Asia and our sister titles PrestigeOnline and Augustman, curated from all of our editions in Hong Kong, Singapore, Kuala Lumpur, Bangkok and India.
Luxury
Sign up for our newsletters to have the latest stories delivered straight to your inbox every week.