Home > Style > Jewellery > Your trousseau is incomplete without these bridal neckpieces 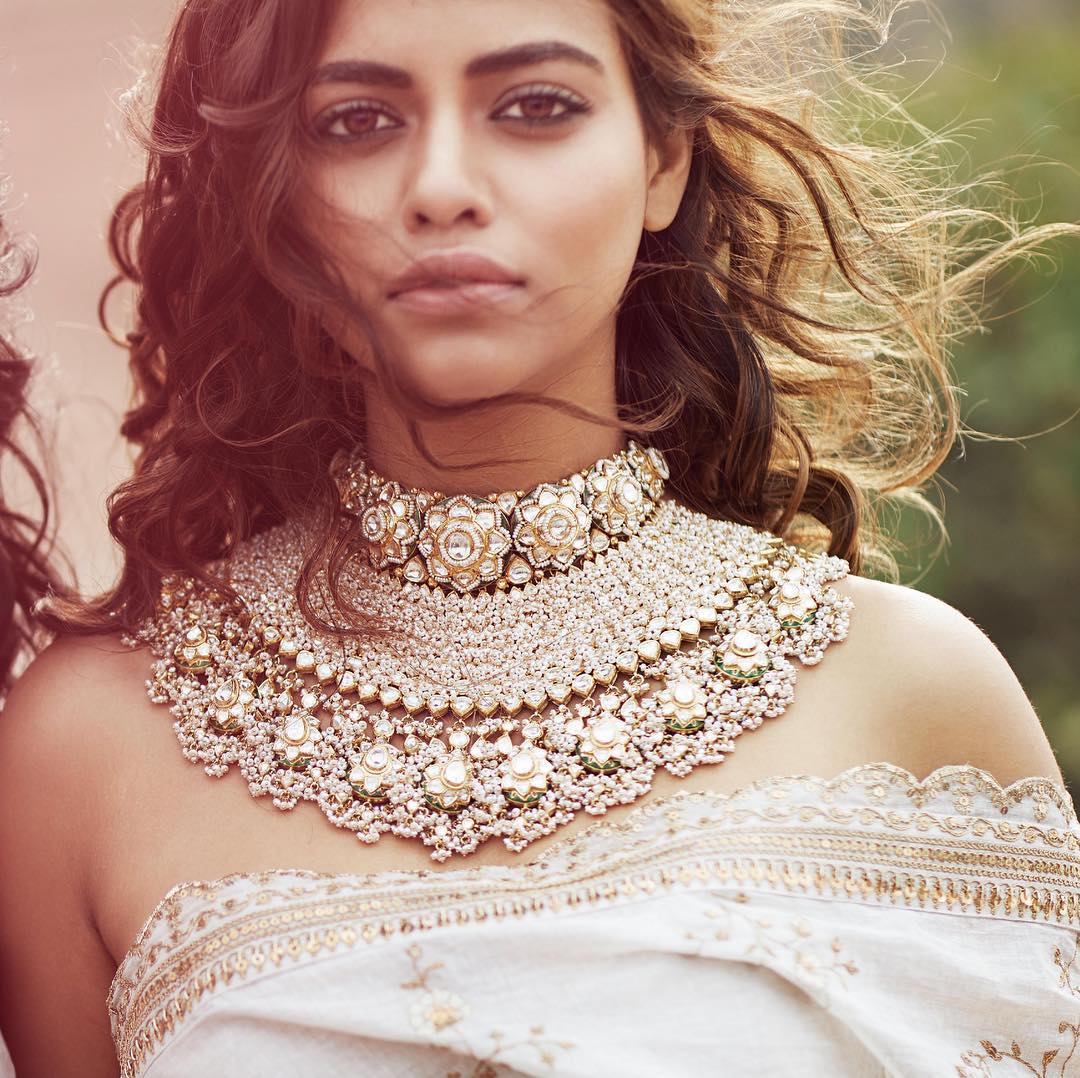 Your trousseau is incomplete without these bridal neckpieces

Today’s discerning brides are inching towards more practical choices. Heavy lehengas have been replaced by its lighter prototypes, and traditional Kanjeevarams and Banarasis have metamorphosed into modern heirlooms and half-saris. But with jewellery, traditional pieces such as jhumkas, chandbalis and maang tikkas reign supreme. Among these, exquisite bridal neckpieces like the Nizami Satlada of Hyderabad, Timaniya of Rajasthan, South’s Guttapusalu and ubiquitous chokers remain perennial favourites. If you are building your trousseau, we’ve shortlisted 6 neckpieces that should be a part of it.

An insignia of Hyderabad’s Nizami decadence, Satlada is made of seven strands of pearls each with its own pendant made of gold and precious stones. The length of the neckpiece increases with each strand, all of which are attached to a small bejeweled plate in between. Traditionally, the Satlada is supposed to have 465 pearls, but designers today have created their modern prototypes in diamonds and other gems stones.

Originally representing Gujarat and Rajasthan, Timaniya is a rectangular-shaped broad choker with hanging pendants or a fringe made of gold beads. Living up to its name, the neckpiece comprises of three pendants but now many designers have created their own renditions of it. Aad or Rajputi Aad is also a blueprint of the traditional Timaniya, studded with semi-precious stones along with a cascade of pearls and other precious stones.

Embraced globally, Chokers have been reinterpreted by the likes of Sabyasachi, Suneeta Shekhawat, Cartier, and Chopard. Studded with pearls, diamonds, emeralds, and precious gemstones, chokers are popular because they suit most necklines. Whether you are a cape-donning edgy bride or a traditional bride, you can choose from Gulbands to Hyderabad’s ‘Jada hua Lacha’, or try its Persian prototypes.

Traditionally carved in gold and diamonds, the Rani Haar gets its name from the neckpieces defined by their length; mostly grazing the waist of a bride. Today, they comprise of single or multi-strands ornamented with a variety of gemstones. Couturiers such as Sabyasachi also use traditional jadau and pearls.

Manga Haram neckpieces are part of South India’s signature temple jewellery. Defined by distinguished mango motifs in gold, its length varies in size depending upon the decorated pendant of gemstones. The most popular stones used are rubies and emeralds that fit beautifully with a traditional kanjeevaram.

An original Guttapusalu translates to ‘shoals of small fish’ that come with beads in Telugu. The classic neckpiece feature rubies and emeralds along with tiny pearls hanging off its gold. Guttapusalu is an investment sported by celebrities like Sonam Kapoor. It’s available at Amrapali and Ganjam.

Chokers Indian Fashion Indian Bridal Necklaces Bridal Necklaces Traditional Jewellery Guttapusalu
Anupam Dabral
Sr. Associate Editor
It was while studying fashion journalism at London College of Fashion that Anupam developed a keen interest in the anthropological aspect of the discipline; for him, fashion only makes sense when seen in the context of its environment. He is always on the hunt for great stories, and in his spare time binge-watches films/shows starring Whoopi Goldberg, Dawn French and Jennifer Saunders.
Fashion Jewellery Style