From artsy, chunky chains to re-imagined chokers, FW 2018 runways were packed with statement neckpieces. What we know is that everything subtle, understated and demure is passé. Pull out those bold jewels, oversized pendants and experiment with unconventional materials. Here’s a complete lowdown. 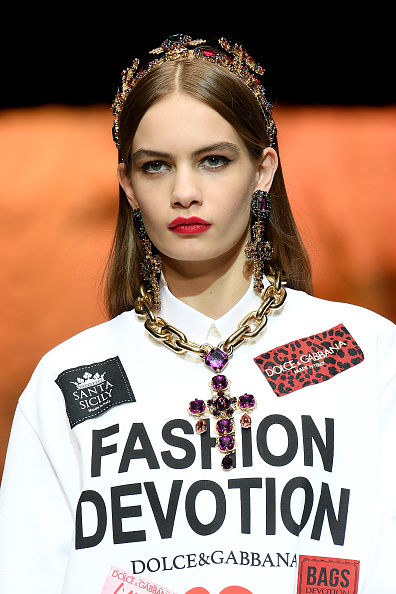 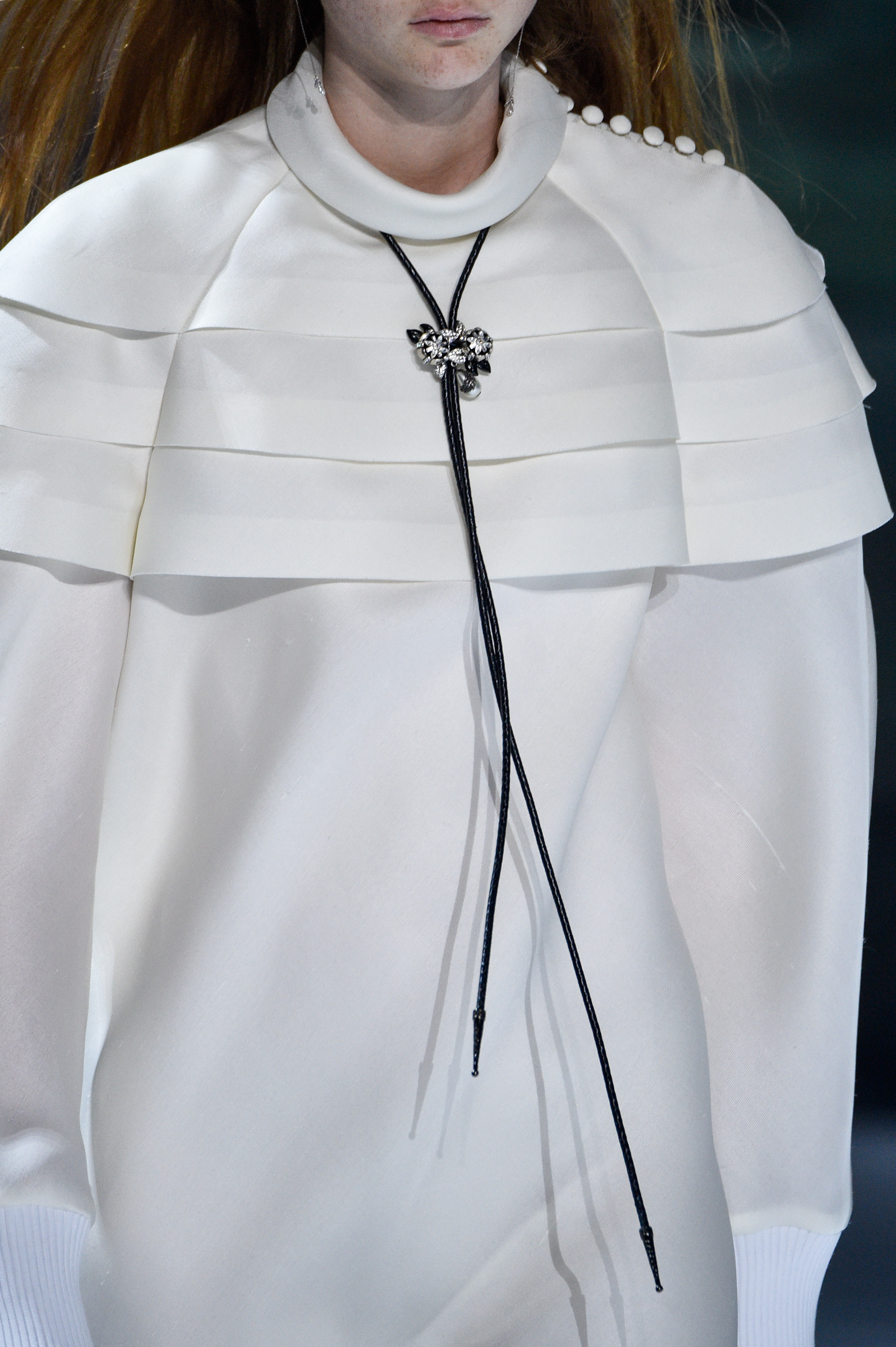 Miuccia Prada’s muse for Miu Miu’s fall presentation was the quintessential 60s girl, clad in oversized coats, mohair sweaters, and with hints of chunky metal chains completing the picture. Dolce & Gabbana remained loyal to their baroque aesthetic and juxtaposed their signature bling with the right amount of metal in the form of chunky gold chains. The idea of exaggeration was countered by lariats at Louis Vuitton. And at Missoni’s 65th anniversary show, among those festive patchwork separates, Angela Missoni gave beads a toss for coloured stones. 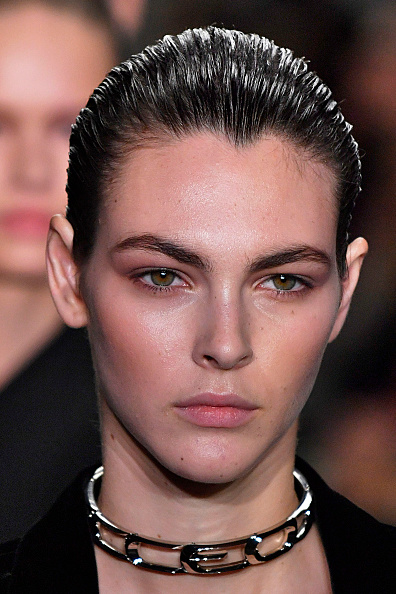 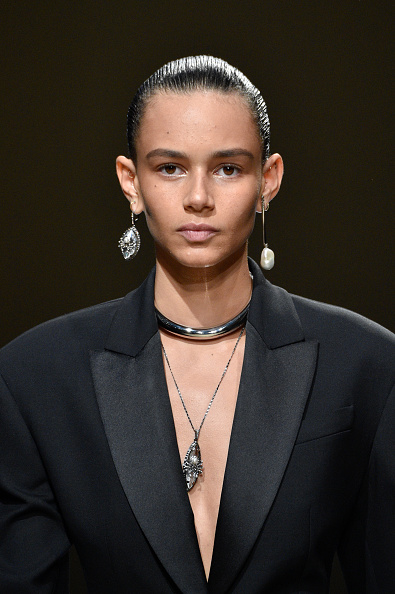 Chokers are officially back. While Alexander Wang infused his bodycon silhouettes with an element of punk via chain link chokers, Francesco Risso at Marni conjured up African mysticism with his elegant, gold tribal chokers. At Alexander McQueen, Sarah Burton once again reimagined the classic tailored pantsuits and complemented them with ridged, silver torc necklaces. 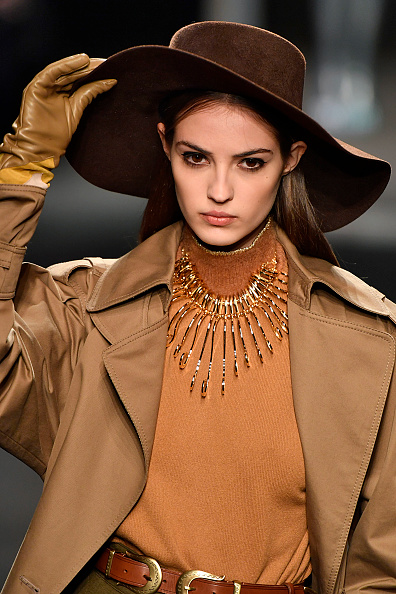 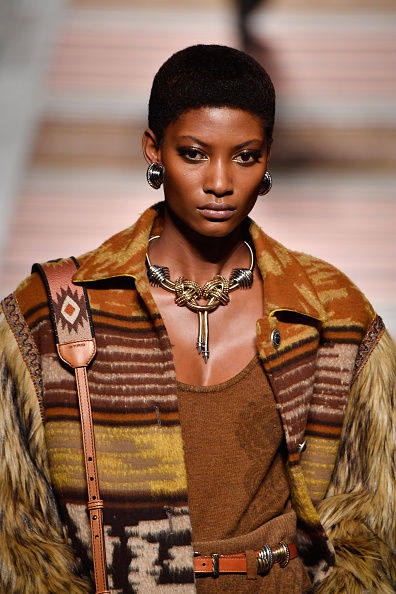 Eclectic tribal shapes and motifs dominated the fall runways. At Giorgio Armani, veering away from tradition, the maestro gave colours centrestage, and among bright reds, pinks and greens were striking tribal neckpieces in metal and fabric, and featured oversized beads. Veronica Etro’s Peruvian and Patagonian folklore inspired knitwear were complemented by metallic costume neckpieces, and Alberta Ferretti’s Grecian gold pieces infused her collection with the right dose of drama (the sun-ray inspired piece was a standout). 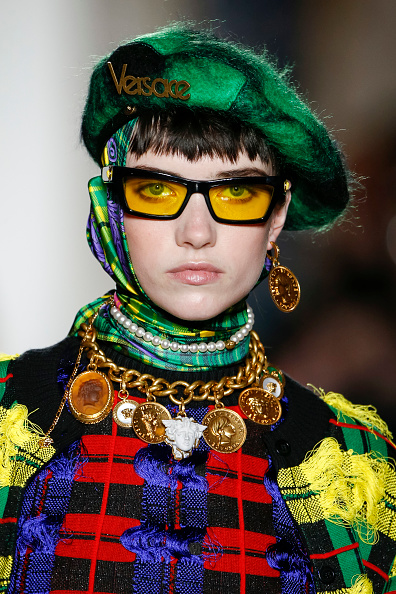 The coin necklace at Versace 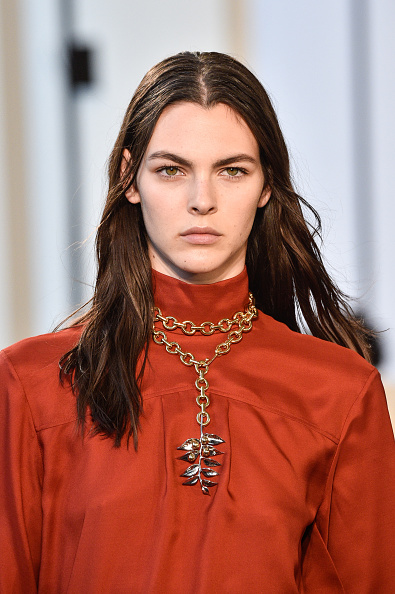 At Chloe, Natacha Ramsay-Levi was inspired by nature and created gold coloured leaf pendants for her neckpieces, while Anna Sui displayed a charming interplay of colours in her ruby and amethyst, cleavage-length number. At Versace, it was a lesson in history via Roman mythology-inspired coin necklaces.

Our edit of the most beautiful rakhis you can order online