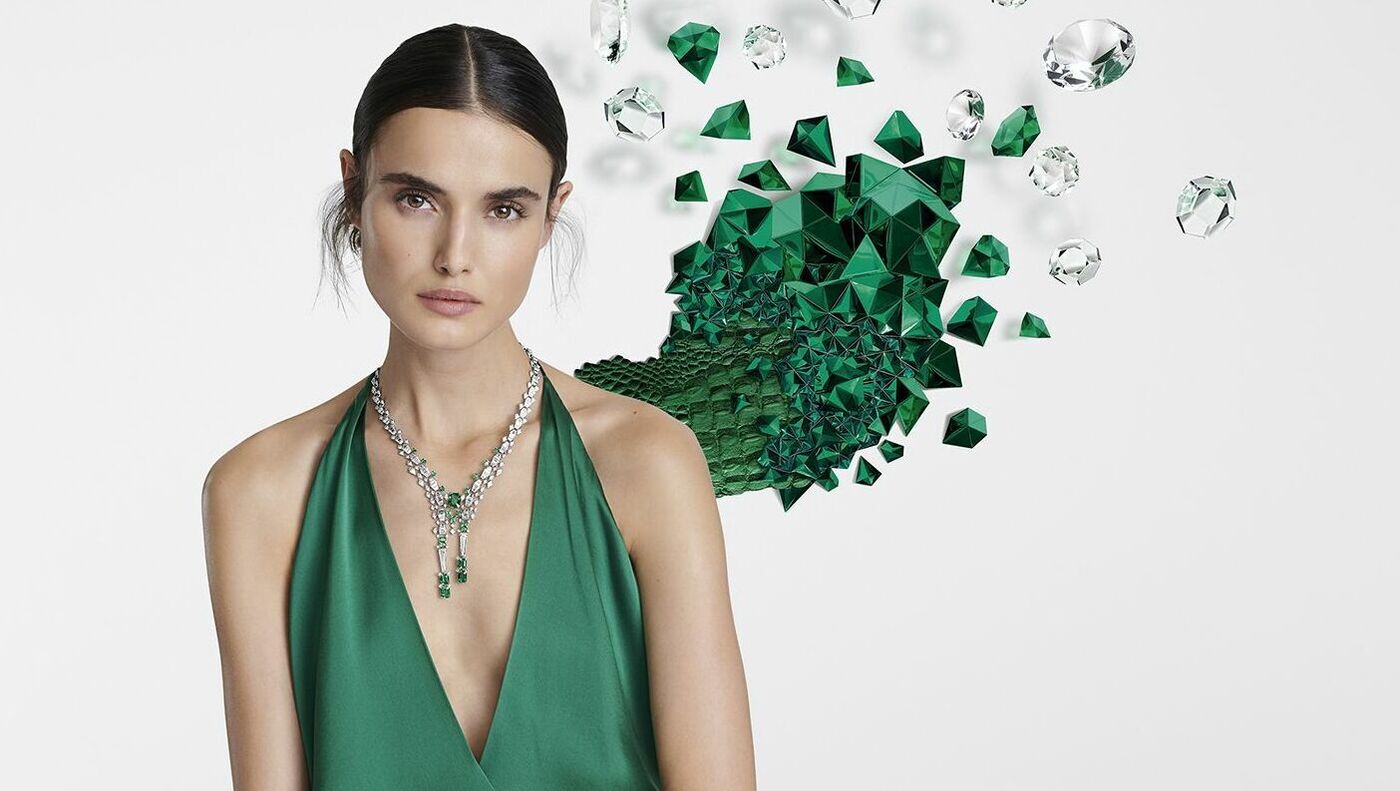 As nature continues to be a source of inspiration in the jewellery world, Cartier’s unique flora and fauna pieces are more than mere adornments.

Deviating from clichés when it comes to its jewels, Cartier isn’t known for romanticism – rather, it celebrates the fullest expression of audacity, curiosity and freedom. Transposing flora and fauna into creations that are free from conventional representations opens the door to the French jeweller’s ever- evolving creativity. Once realised, its nature-inspired pieces take on forms that are authentically wild, free, rebellious and untamed.

Jacqueline Karachi-Langane, Cartier’s High Jewellery Creation Studio Creative Director, explains the three ways in which the maison presents nature: “Naturalism reproduces nature as objectively as possible. Stylisation describes an act of simplification that only retains the essential element of the design. Abstraction, on the other hand, further intensifies the gaze: the original image disappears and only the spirit, the very essence of the piece, remains.”

It’s evident that Cartier’s idea is to not merely imitate nature, but to pay homage to the wild world, as the maison breathes life into plants and animals. Be it a big cat, slithering snake or wild flower, its extraordinary take on nature as a poetic muse has yielded some of the house’s most awe-inspiring jewellery pieces. Here, we highlight a few of the jeweller’s standout creations from its storied repertoire of wild life.

Since debuting in 1914 as an abstract spot motif of onyx and diamonds on a watch, the panther has attained legendary status at Cartier, holding a special place in the maison’s DNA and jewellery-making history. But it wasn’t until 1948 that it was depicted in its full three-dimensional glory on a brooch, set atop an emerald cabochon of over 116 carats. Symbolising freedom, power and defiance, the Cartier panther has been recreated in countless iterations for over a century. Chained, playful or predatory, the striking realism of each piece showcases the house’s master craftsmanship that elevates an intriguing facet of the majestic and indomitable feline.

Despite becoming part of Cartier’s collection of wild animals in the early 20th century, the snake first became a staple of extravagance in 1968, following a request made by Mexican actress María Félix. She ordered a fully articulated serpent, comprising diamond scales on its back and enamel on the stomach. Since then, the slithering reptile has permeated Cartier’s contemporary collections with pieces that embody its strength and seduction.

In 1975, Félix commissioned Cartier again to create a bespoke crocodile necklace whose design was to be based on a live hatchling she’d personally brought in a bowl to the jeweller. The house realised her dream with a masterpiece featuring lifelike heads, tails, bent legs and eyes using 1,023 jonquil diamonds for one bejewelled reptile and 1,066 emeralds for the other. The semi-aquatic predator has since joined Cartier’s wild menagerie, its latest depiction being that of the Gharial necklace from the [Sur]Naturel high jewellery collection that deftly incorporates different depths and volumes to recreate the animal’s distinctively textured skin.

Where the wild flowers grow

Rather than classic floral species, Cartier adds a twist to traditional sources of inspiration by including unconventional and non-standard plants such as cacti, orchids and even bay leaves in its repertoire. Part flower and part animal, Cartier’s florals pulsate with energy. Realistic or abstract, the house endeavours to push beyond the boundaries of realism into the realm of stylisation. Combined with brilliant gemstones in varying sizes, colours and meticulous volumes, these bedecked blooms are irresistible, unique and universal.

Occupying a special place in the maison’s universe is the orchid. For Cartier, it is the embodiment of the panther in the botanical world as it captures the big cat’s exuberance through its composition. The originality of materials used, such as precious and fine gemstones set alongside coral and fossilised stone, makes the showpieces utterly seductive.

Deserving a special mention is the surprising depiction of cacti in the Cactus de Cartier collection. Representing the desert plant in full bloom, which only happens at night, the prickly yet powerful sculptural pieces offer a new metaphor for female duality. It is expressed in masterful gold structures, glittering openworked designs and succulent clusters – with this, the venerable jeweller once again enchants us with a charming reimagining of an unorthodox, underrated succulent.

This story first appeared in the March 2021 issue of Prestige Singapore.

Allyson Klass had her start in the publishing industry 20 years ago as a fashion stylist and writer. Over the years, she’s worked in various women’s and bridal magazines covering fashion, beauty and lifestyle. She’s now Deputy Editor of Prestige Singapore and oversees the watches and jewellery beats. Off duty, she enjoys spending time with her family, pet bulldog and searching for the next beach holiday destination.