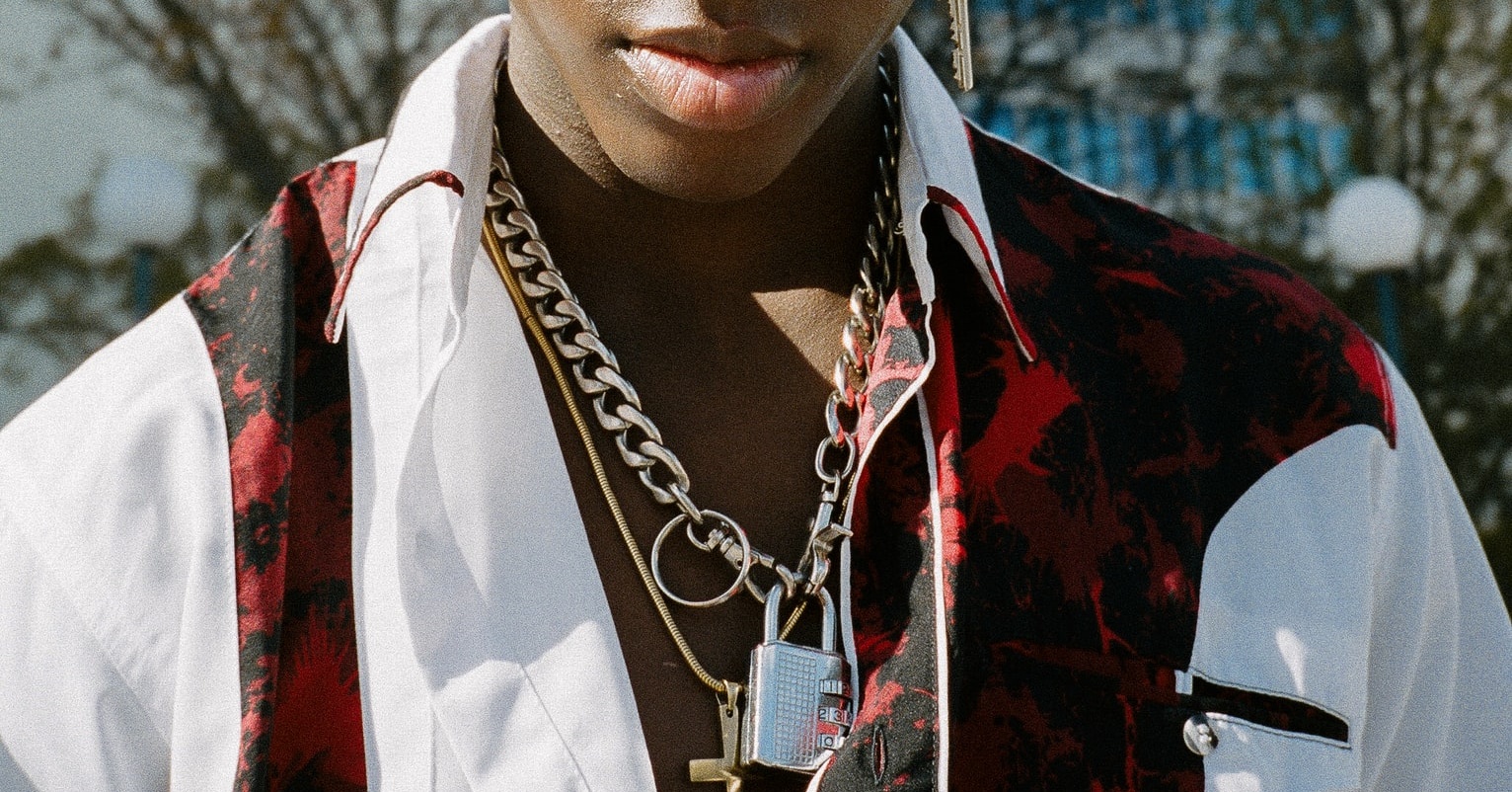 Make no mistake: the Nineties never really left. Those heavy-duty gangster chains are new haute accessories and these are the men’s jewellery brands crafting them.

Take the chain necklace, for example. A status symbol sported by rappers all throughout the ’90s, the flashy accessory is now a red carpet must-have for celebrities both with hip-hop credentials (A$AP Rocky, Jaden Smith) and without (Jake Gyllenhaal famously wore a gold chain for his entire Spiderman press promo).

The style is also a signature of In Gold We Trust, a Paris-based label that makes jewellery for surviving the apocalypse. Hence, the addition of utilitarian details, like the carabiner that clasps the brand’s necklaces and bracelets in gilded brass and steel. That, and the use of pearls (another significant men’s jewellery trend), set the label’s designs apart from other ’90s-inspired offerings.

Fine streetwear jewellery label AD.iii, launched just last year, looks to refining the accessories of the era instead. Its star product is the ball chain necklace, which was worn by everyone from pro skaters to musicians in ’90s Los Angeles, where designer Aaron Thompson grew up.

Thompson updates the street style staple with luxe materials, namely 18-karat gold chains and diamond-embellished clasps. It was enough to get the attention of Moncler, who tapped on AD.iii to design a range of ball chain necklaces for its 1952 line for Fall/Winter 2020.

But nobody else is mining Nineties nostalgia quite like Martine Ali, a Brooklyn-based silversmith who cut her teeth at a DKNY internship. On top of Cuban links and ball chain accessories, she also offers lock chokers, ID bracelets, wallet keychains and even dog tag necklaces — no doubt referenced from MTV’s TRL show that she grew up on.

You can expect that group to expand as our obsession with the past persists, and ’90s kids — now ’90s adults — continue to make up the not-so-new style rules for a new generation.

Jewellery Luxury Retro Nostalgia men's jewellery
Lifestyle Asia
Here's where you can read the latest news and stories from Lifestyle Asia, curated from all of our editions in Hong Kong, Singapore, Kuala Lumpur, Bangkok, India and Paris.
Luxury