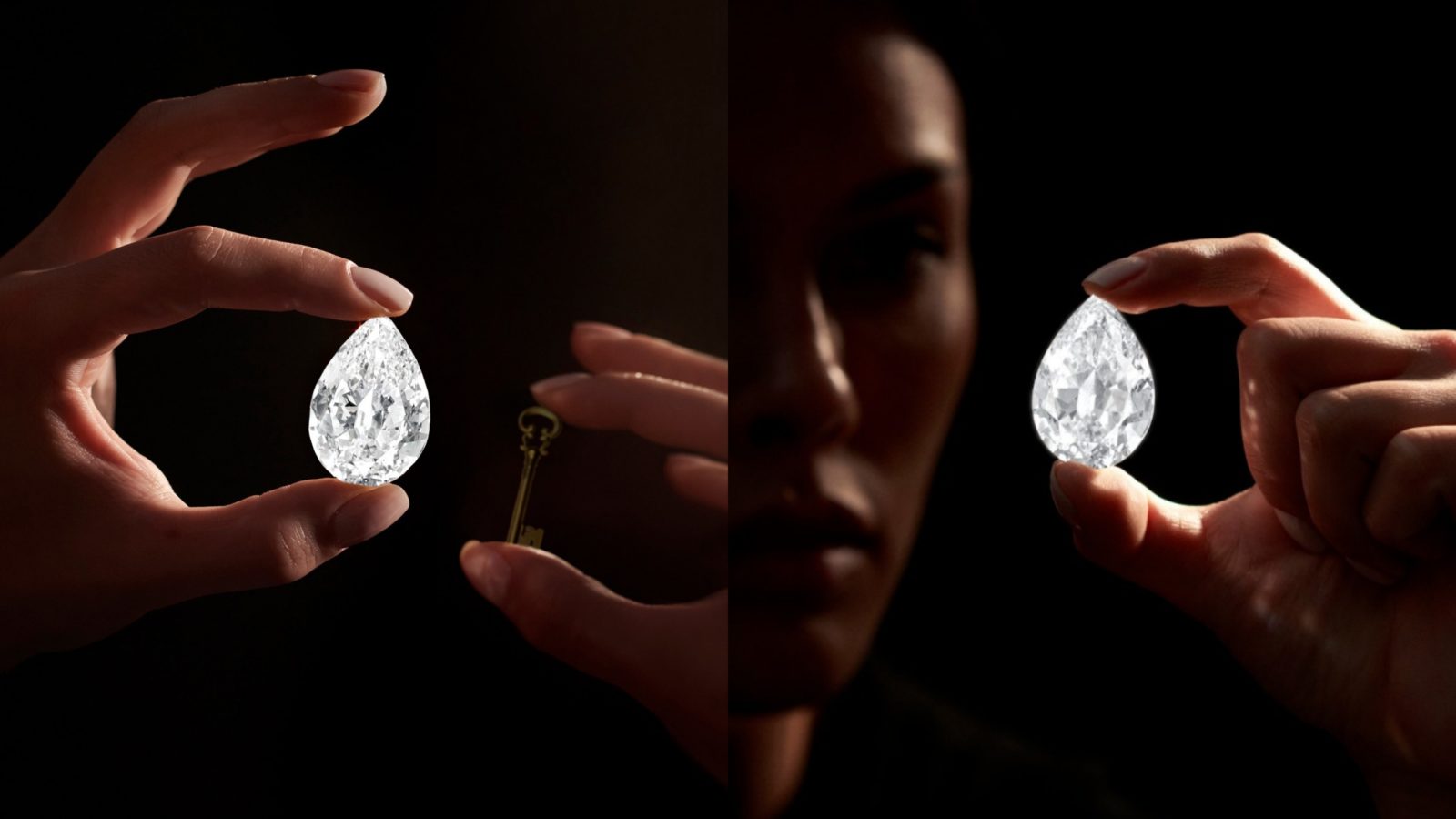 For the first time, Sotheby’s will accept cryptocurrency payment for a 100+ carat diamond

Style
For the first time, Sotheby’s will accept cryptocurrency payment for a 100+ carat diamond
Share this article
Next article

A new record may soon be set — auction house Sotheby’s is letting cryptocurrency holders know that they will be able to bid for an exceptional pear-cut diamond weighing over 100 carats.

Indeed, it’s already rare for such a diamond to be auctioned — fewer than 10 examples over 100 carats, including only two pear-cut, have ever come to auction, as Sotheby’s points out — and on top of it all, it’s the very first time a non-digital item of such value has been offered up for purchase by cryptocurrency.

“This is a truly symbolic moment. The most ancient and emblematic denominator of value can now, for the first time, be purchased using humanity’s newest universal currency. Never was there a better moment to bring a world-class diamond such as this to the market,” noted Wenhao Yu, Deputy Chairman of Sotheby’s Jewellery in Asia.

While more and more auction houses are accepting cryptocurrencies, it’s usually digital artworks fetching high prices that are paid this way rather than physical objects.

This rare diamond will be the subject of a single-lot sale on July 9, held live from Sotheby’s Hong Kong. Interested buyers can start bidding online as of now. In a statement, Sotheby’s said payments can be made in fiat currency, Ether or Bitcoin via Coinbase Commerce. More details here.

Jewellery Diamonds Auctions Sotheby's cryptocurrency
Lifestyle Asia
Here's where you can read the latest news and stories from Lifestyle Asia and our sister titles PrestigeOnline and Augustman, curated from all of our editions in Hong Kong, Singapore, Kuala Lumpur, Bangkok and India.
Luxury

#LSAforLocal: 5 experts on how to take care of your jewellery