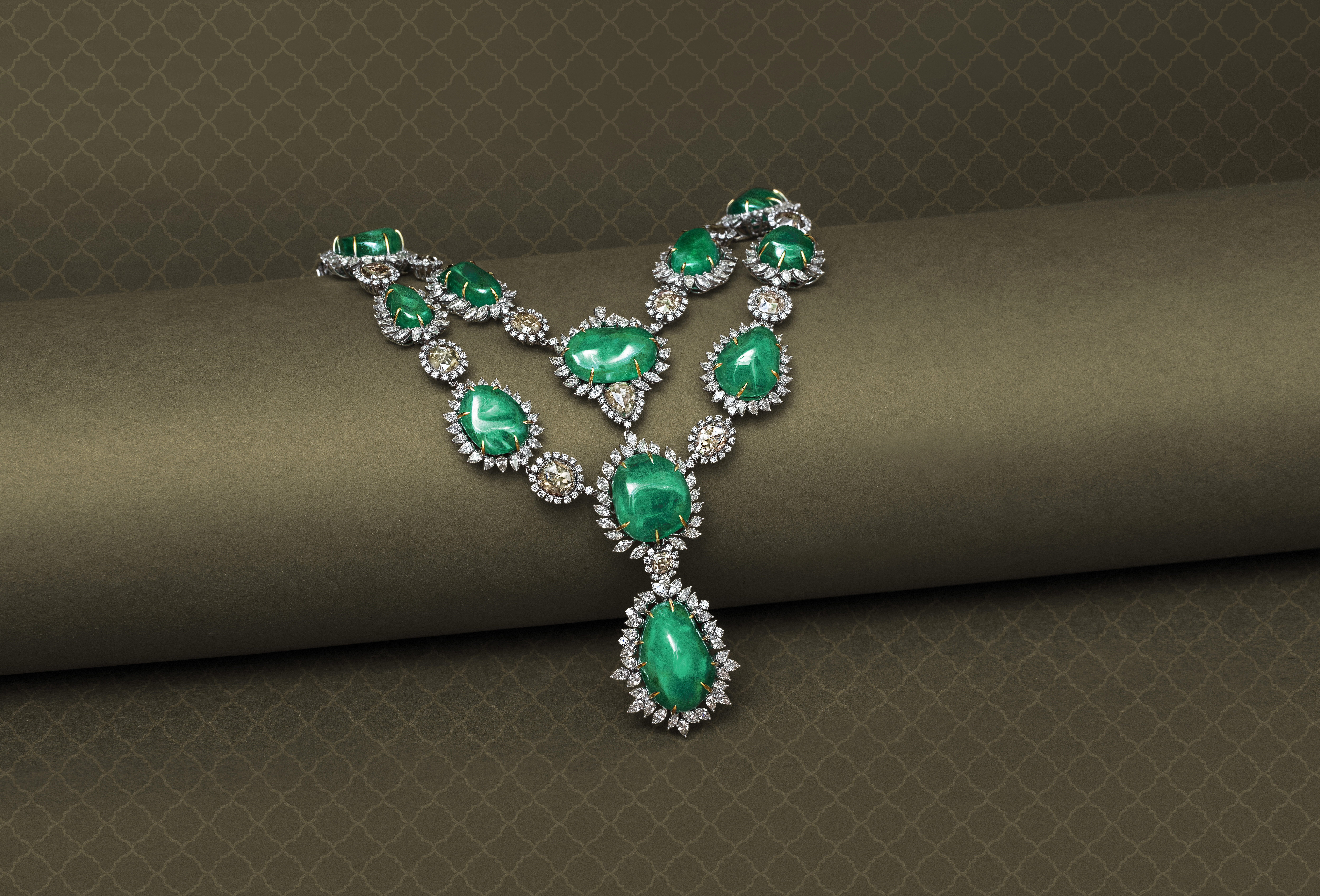 In 1986, when Biren Vaidya took over House of Rose as its managing director and creative head, his vision was clear. He wanted to create heirloom pieces and work with one-of-a-kind gems from the world over. More than three decades later, Vaidya has achieved this feat by creating exquisite pieces that have been garnering the attention of the jewellery cognoscenti.

In 2011, with the 290.52 carats pear-shaped Columbian emerald (the largest in the world) Vaidya created a masterpiece titled ‘Empress Of Rose’. Another exquisite creation came in 2013 – a case titled ‘La Reina’ was crafted with 23 baroque Colombian emeralds 780.98 carats, which were carved out of an extremely rare 3,000 carat rough emerald from Colombia. Then in 2015, the celebrated maison created the ‘La Regina’, a neckpiece featuring a single pear-shaped, 115.76-carat Colombian emerald.

Launched in 1981 by Purnima Sheth, Vaidya’s elder sister, from a single room office in Opera House, Mumbai, Rose Jewellery has today transformed into one of the leading names in fine jewellery. With flagship stores in New Delhi and Mumbai, the brand which once just catered to niche projects for more established jewellers has now ventured into private viewings in London, Hong Kong and Dubai. They have also collaborated with luxury behemoths such as Versace and Frank Muller on limited edition watch collections. We decode three of the brand’s latest pieces.

Titled ‘Tsarina’ this exquisite case, consisting of a neckpiece and two earrings, consists of over 596 carats of Siberian baroque emeralds set between 39.9 carats of mitchell cut champagne-hued diamonds to create a treasure fit for modern-day royals. “Siberian emeralds are otherwise very light and faint, but these emeralds are rich in colour,” says Vaidya. “They have been carved out of a single rough with rare gem quality”. The entire case took 1920 man hours incompletion.

Enamoured by a Colombian emerald rough of over 100 Carats, Vaidya had these two magnificent 26-carat Colombian heart-shaped emeralds cut from that very rough in New York and certified in Switzerland.“The cutting has to be precise, as it is rare to get such a clean shape on point,” says Vaidya. Encased in brilliant cut diamonds and heart-shaped champagne diamonds, these earrings took 1282 hours in the making.

Titled  “Sultana”, this case is a tribute to the traditional Mughal style of cutting diamonds and in total 2400 man hours in the making.  Each and every piece of the 222 rose cut diamonds was recut to ensure symmetry within the facets of each diamond, and the piece overall. Centred around more than 100 carats of Colombian emeralds set on a garden of over 70 carats of flat rose cut diamonds, this exquisite set is a timeless heirloom piece. The entire case (including earrings) is made of 85.29 carats of diamonds and 121.94 carats of emeralds.

All Images: Courtesy House of Rose

Fine Jewellery Diamond Jewellery Indian Jewellery Designers House of Rose Indian bridal jewellery emerald and diamond jewellery Biren Vaidya House of Rose jewels
Anupam Dabral
Sr. Associate Editor
It was while studying fashion journalism at London College of Fashion that Anupam developed a keen interest in the anthropological aspect of the discipline; for him, fashion only makes sense when seen in the context of its environment. He is always on the hunt for great stories, and in his spare time binge-watches films/shows starring Whoopi Goldberg, Dawn French and Jennifer Saunders.
Fashion Jewellery Style