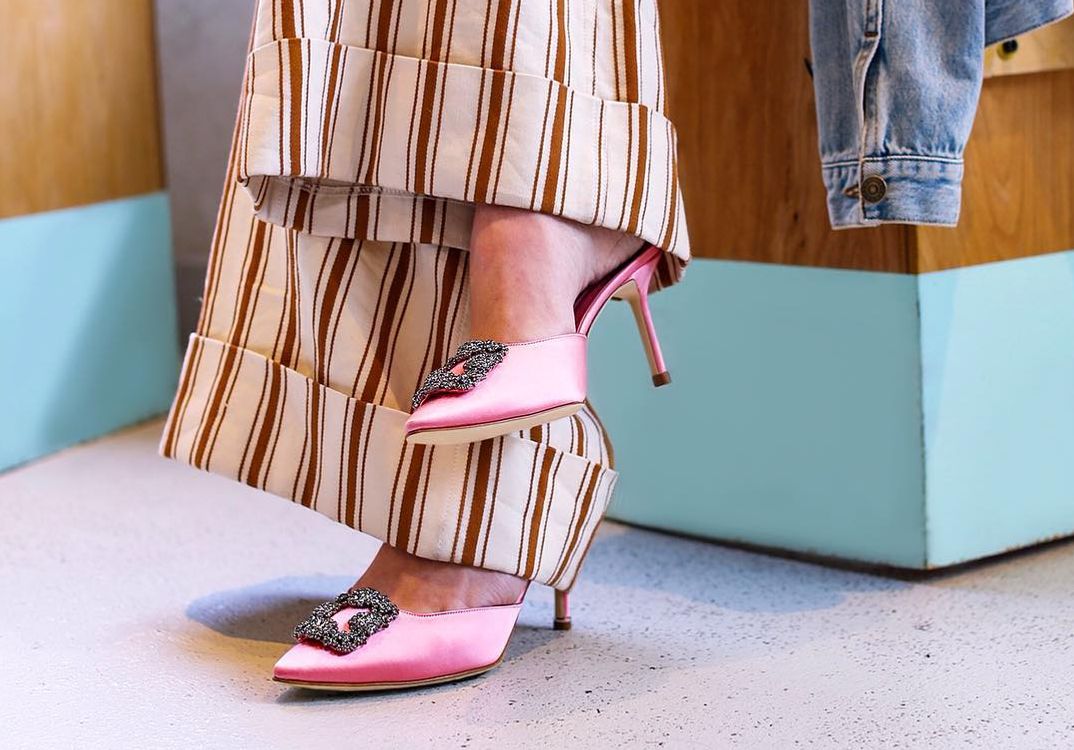 Why is it expensive: The iconic, SATC favourite, Manolo Blahnik Hangisi heels

Style
Why is it expensive: The iconic, SATC favourite, Manolo Blahnik Hangisi heels
Share this article
Next article
For anyone intrigued by shoes, Manolo Blahnik becomes a point of reference. There is hardly any celebrity who does not own a Blahnik collectable, and it’s safe to say that for someone who has not received formal training in footwear design, Blahnik today defines luxury footwear.
The Spanish shoe maven moved to Paris in 1965 to become a set designer and soon to London in 1968. He began working at Zapata, a London boutique. However, his love for accessory design showed up soon. On a trip to New York in 1970, he happened to meet the late Diana Vreeland, Vogue’s iconic editor and shared his portfolio with her. Vreeland prompted him to create shoes. The following year, Blahnik created shoes for British designer Ossie Clark, and this catapulted him into global fame.
His decades-long career has been punctuated by several awards and celebrities owning his creations as collectables. Out of all the heels he has created, the most popular ones are Hangisi heels. Designed in 2008, the Hangisi heels were immortalized by Carrie Bradshaw’s character in the TV series ‘Sex and the City’. Blahnik, an art enthusiast, looked back at history for inspiration before creating the cult shoe. An impromptu visit to an exhibition by the Italian artist Giovanni Boldini along with pictures of footwear worn by Napoleon I, Empress Josephine, and Pauline Bonaparte became a part of his inspiration board. Largely Blahnik as a shoe designer created flats for women, giving them more freedom to walk, but Hangisis brought the stiletto trend back. 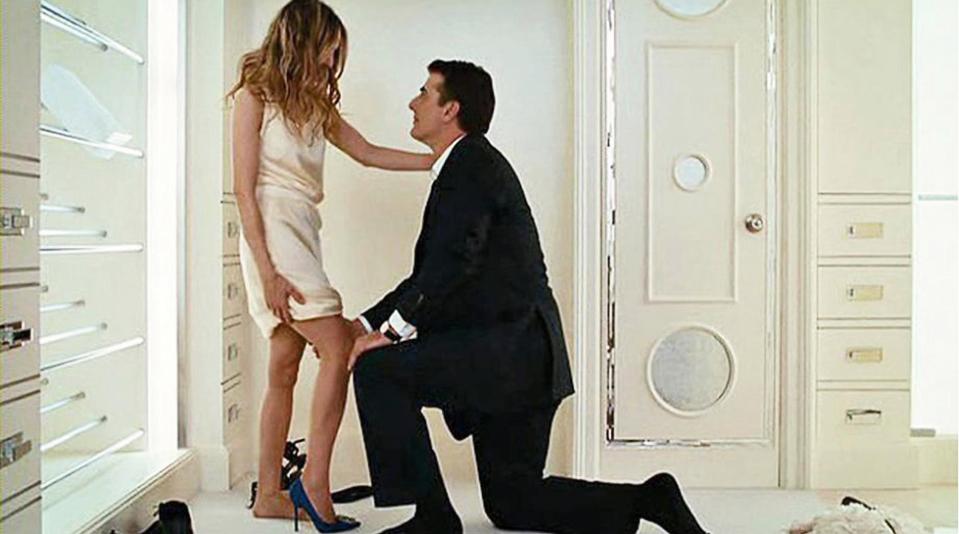 A standard Hangisi starts somewhere at $1200 (Rs 90,000) approx and the limited edition ones that were created to mark a decade of Hangisi heels can go up to $1500 (Rs 1 lakh). One might come to think, what makes these Manolo Blahnik Hangisi heels expensive?

It is their timeless appeal, availability in a variety of colours and textures, and an innate vibe of luxury that makes the one of a kind. Defined by 105 mm heel, an exquisitely crafted body in satin and a bejewelled buckle comprising of the finest 144 crystals, Hangisi has acquired a cult following. For anyone on a lookout for something ultra-feminine, these are your heels.

Initially, the prototypes were crafted in pink, black, and green satin for spring ’08 collection, but the heel soon became a collectable. It was further transformed into boots, mules, flats, and d’Orsay in many materials and colourways. Hangisi’s are crafted in Italy where Manolo Blahnik owns his factories.
A thoughtfully chosen colour scheme of peaches, red, wine, canary yellow, and green makes them everyone’s go-to show. Besides this, there are pieces in lace and blue and gold jacquard, which give women ample reasons to invest in Manolo Blahnik Hangisi heels.
Not just regular fashion-forward women, but brides everywhere bet on evergreen Hangisi as one of the best bridal heels. Case in point being Olivia Palermo, who opted for cobalt blue Hangisis at her wedding in 2014. Yes, the same blue pair of heels that Carrie in ‘SATC’ selected as her ‘something blue’ was paired by Palermo with a white sweater and a princess skirt. Besides her, celebrities such as Sonam Kapoor, Sarah Jessica Parker, and supermodel Emily Ratajkowski has opted for the iconic shoe.
Luxury Manolo Blahnik Luxury Shoes footwear trend Expensive shoes Manolo Blahnik Hangisi Hangisi heels
Staff writer
Staff Writer