Home > Style > From Carol to The Great Gatsby to Phantom Thread: Hautest movies of this decade 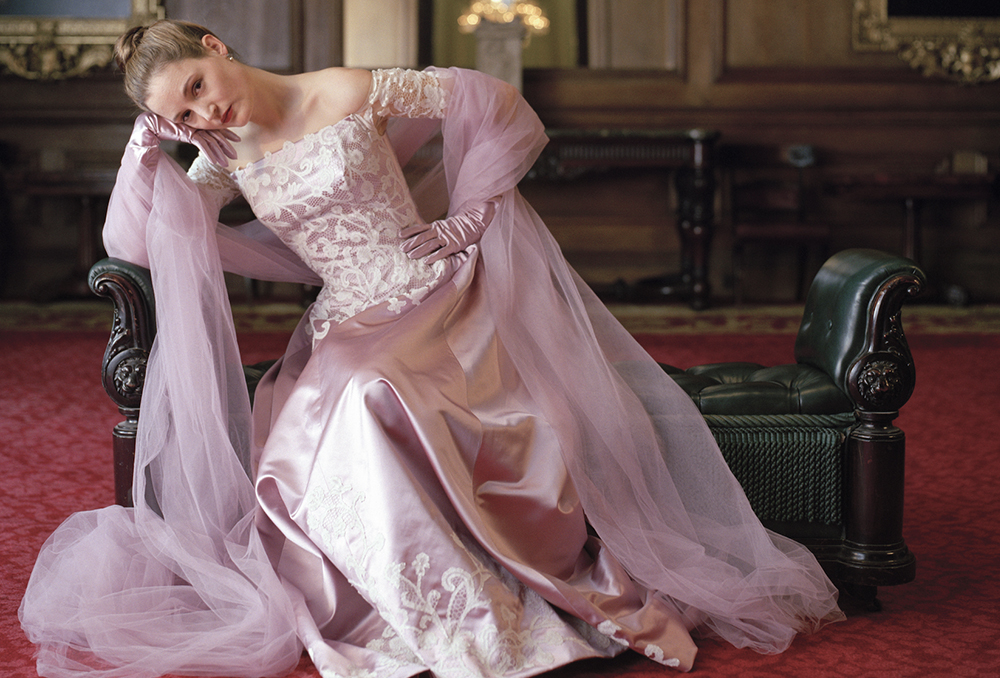 From Carol to The Great Gatsby to Phantom Thread: Hautest movies of this decade

Style
From Carol to The Great Gatsby to Phantom Thread: Hautest movies of this decade
Share this article
Next article

As we approach the end of this decade, we look back at some of the most fashion forward movies that stood out for their larger-than-life costumes. Visionary costume designers and directors celebrated historical relevance and visual narrative with great exactitude, roping in some of the biggest luxury labels that resulted in cinematic brilliance well beyond the script. From Dior’s understated yet exquisite pieces adorned by Tilda Swinton in The Bigger Splash to Prada’s leather trench coats in The Grand Budapest Hotel to Rimple and Harpreet Narula’s trend-setting bridal couture pieces for Deepika Padukone in Padmaavat, every detail added to the spectacle. Here’s our round-up of the decade’s most fashionable movies.

A screen spectacle of flapper dresses, head gears, and a whole lot of bling – Baz Luhrman’s magnum opus The Great Gatsby is one of the most iconic costume dramas. Luhrman’s longtime collaborator, better half, and three times Oscar-winning costume designer Catherine Martin plunged into the archives of the 20s art and design to create exquisite pieces for the movie. She collaborated with menswear brand Brooks Brothers for men’s costumes and roped in Miuccia Prada to create pieces for Carey Mulligan. Tiffany and Co. were responsible for the superlative jewellery.

Costumes become a character in any Wes Anderson  film and The Grand Budapest Hotel was certainly one of them. From Prada trenches to 21-piece luggage sets to popping pink t-shirts and patent footwear to purple tailcoats and caps, the movie was part-comedy drama and part-costume drama. Italian costume designer Milena Canonero roped in Fendi to create Tilda Swinton’s exquisite fur coats in the film.

50s inspired fur coats, skirt suits, head scarves, and more – costume designer Sandy Powell worked closely with Cate Blanchett and Rooney Mara to conjure up a vibe of the good ol’ New York days. Carol (portrayed by Blanchett) is a fashion forward woman who translates her love for the same in muted tones and understated aesthetic. Powell ensured that every detail was on point. Jewellery played an important role too. She sourced vintage pieces from Fred Leighton and Van Cleef & Arpels.

One of this decade’s most fashionable movies was The Danish Girl starring Oscar winner Eddie Redmayne who portrayed the role of Lili Elbe, the first person to undergo gender confirmation surgery in the 30s Germany. The costumes for the movie were done by Paco Delgado. Delgado summoned the 30s vibe of Edwardian Denmark with slouchy flapper dresses, exquisite coats, tailored blazers, and light shrugs. Every frame in the film seems to be extracted from a painting. He explored the archives of Chanel, Lanvin, and the iconic couturier Paul Poiret for inspiration.

When Tilda Swinton takes to big screen, fashion becomes a supporting character in the film. Known for her sartorial perfection on the red carpet, Swinton looked chic as Marianne Lane in A Bigger Splash opposite Ralph Fiennes. Whether in white jumpsuits, billowing skirts, impeccably tailored tops, cotton shirt dresses or accessories, we couldn’t take our eyes off her.  Director Luca Guadagnino collaborated with Dior to create costumes for Swinton.

This edit list would be incomplete without Phantom Thread. Set in the 50s London, the film captures the life and work of Reynolds Woodcock, a British couturier portrayed by Oscar-winner Daniel Day Lewis. As Woodcock creates voluminous couture gowns for his muses in the film, one gets to realize how profoundly everything has been inspired by the works of designers such as Charles James and Balenciaga. Costume designer Mark Bridges won an Oscar for its silhouettes, red carpet appeal and meticulous detailing.

Director Sanjay Leela Bhansali knows how to pull a class act and Padmaavat was his crowning achievement. Even though critics were divided on the film’s factual accuracy, the costumes got us. Deepika Padukone, Shahid Kapoor, and Ranveer Singh were all seen in couture pieces created by the Delhi-based designers Rimple and Harpreet Narula. From decadent gotta patti to textural interplay with just the right amount of red and gold, the designers aced the regal Rajput vibe. The jewellery for Padukone was exclusively created by Tanishq.

Style
Why is it expensive: The Christian Louboutin red soles

Ralph Lauren, Elie Saab, Valentino, Dior, you name it. Crazy Rich Asians lived up to its name and showcased couture pieces from some of the leading fashion houses in the world. Costume designer Mary E. Vogt ensured that every bit oozes great taste and glamour. Director John M. Chu roped in Elle Malaysia’s former fashion editor Andrea Wong to help with the costumes. Though one can spot many international labels, Vogt sprinkled a few local Asian brands such as Michael Cinco, Malaysian designer Khoon Hui, and Hong Kong-based jewellery designer Michelle Ong of the label Carnet to name a few.

Hailed as one of the most celebrated biopics on the big screen, Mahanati is based on the life of the legendary actor Savitri (portrayed by Keerthy Suresh). The movie captures her life and work in detail, but the costumes added another layer to her character. It marked the silver screen debut of designer Gaurang Shah’s designs. Known for his authority on exquisite Indian textiles, Shah employed more than 100 artisans to work and research on the costumes. On could spot layers of beautiful brocades, silks, organzas, and sarees that double up as museum pieces throughout the film. Costume designer Indrakshi Patnaik won a National Award for this film.

Besides Olivia Coleman’s Oscar-winning performance in Yorgos Lanthimos’s The Favourite, what stood out for everyone was its elaborate costumes. Creating couture for period dramas is one thing but creating the same within six weeks is a different ball game altogether. Costume designer Sandy Powell ensured that she made use of the limited palate, mostly blacks, whites, greys, and blues, to create frocks, gowns, lace lined coats, hats, and even masks. From the dramatically exaggerated shoulders to corsets, everything was created without any concrete inspiration. Despite no archival pieces to study dating back to Queen Anne (played by Coleman), Powell managed to shape up some beautiful pieces together.

Movie fashion Deepika Padukone The most stylish movies of the past decade Phantom Thread Great Gatsby Best movie costumes fashionable movies
Anupam Dabral
Sr. Associate Editor
It was while studying fashion journalism at London College of Fashion that Anupam developed a keen interest in the anthropological aspect of the discipline; for him, fashion only makes sense when seen in the context of its environment. He is always on the hunt for great stories, and in his spare time binge-watches films/shows starring Whoopi Goldberg, Dawn French and Jennifer Saunders.
Fashion Jewellery Style