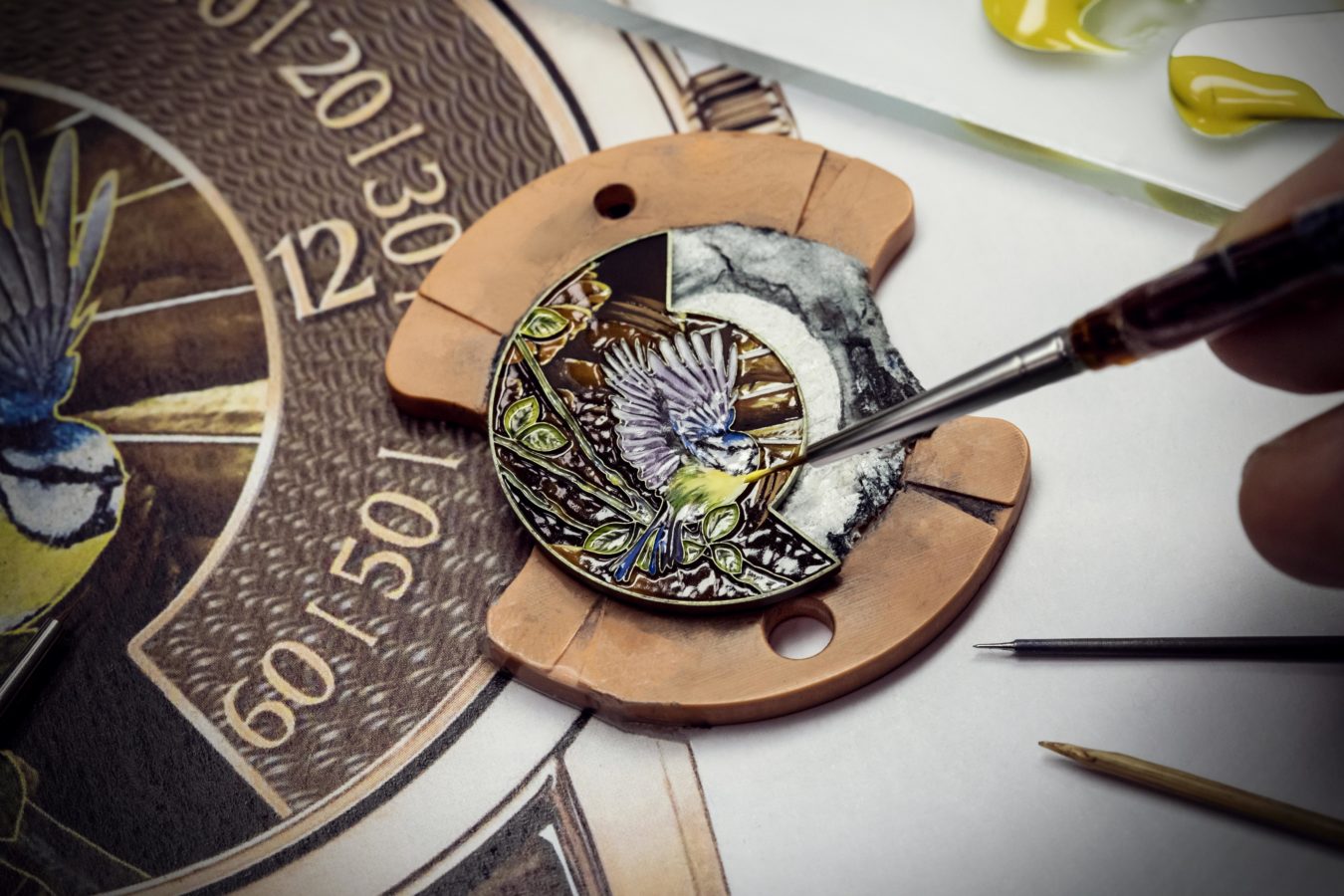 Editor’s picks: 10 timepieces we love from Watches And Wonders 2020

Style
Editor’s picks: 10 timepieces we love from Watches And Wonders 2020
Share this article
Next article

If it were any other year, we’d currently be strolling through the streets of Geneva and attending the Salon International de la Haute Horlogerie. Which is now cancelled of course, and in its place stands the new Watches And Wonders, a similar horological celebration, only online.

The COVID-19 crisis has derailed all physical events of every kind, but for watch lovers and the watchmaking industry, it’s two major expos — SIHH and Baselworld. However, in the spirit of luxury watchmaking, the titans of the industry have united to bring the experience of the first of these onto a digital platform — Watches And Wonders, featuring some of the biggest brands. As the show opens online to the public today, we caught an early press preview to take note of the finest pieces watch lovers must know of.

From Swiss to French watchmaking and grand tourbillons to diamond treatments, here are our top 10 picks from this year’s Watches And Wonders. 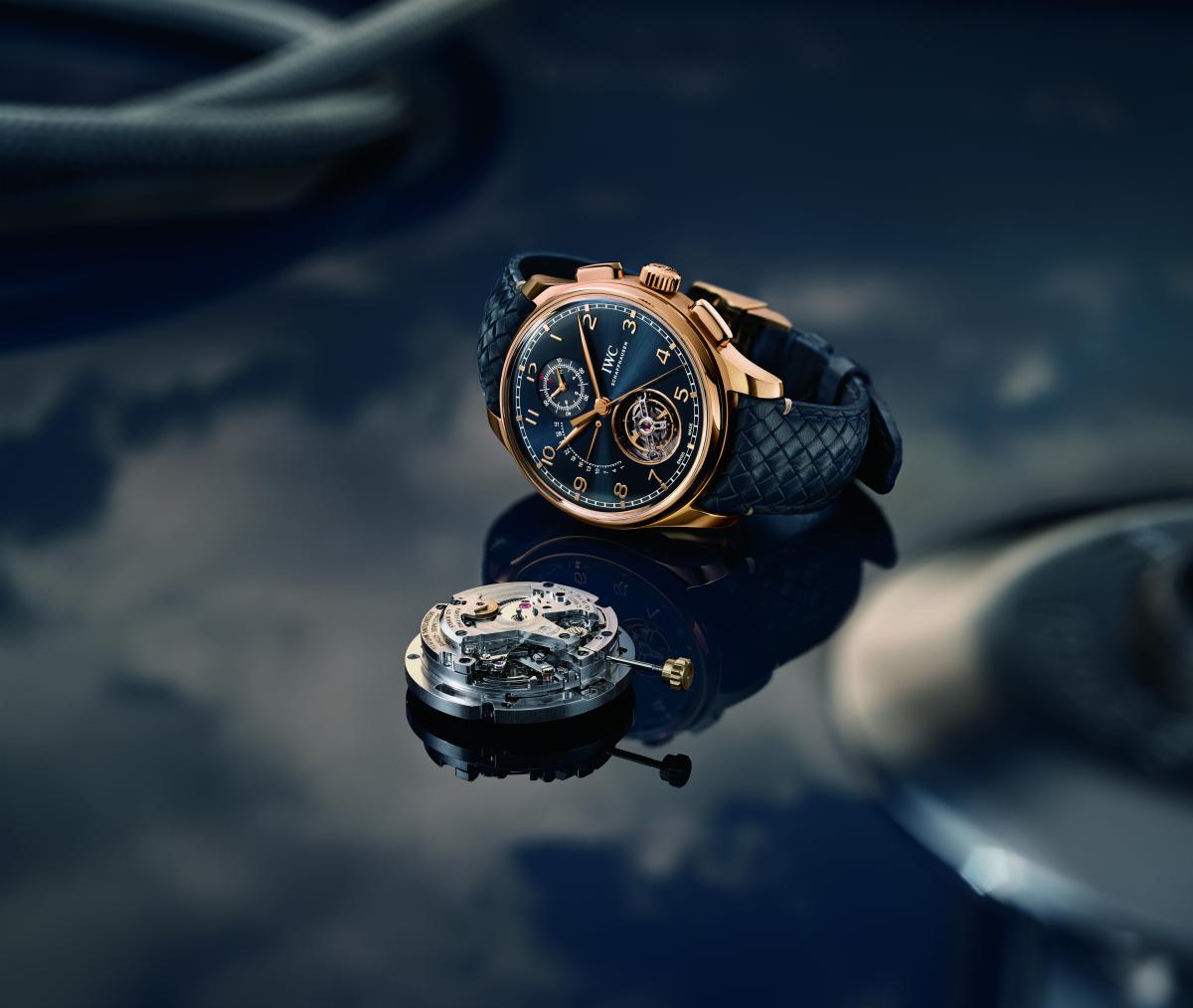 Every year, IWC picks one of their lines to be the highlight, and this year it is the Portugieser. In supreme style, the Swiss watchmaker has unveiled several watches, but the one that sits on top is the Tourbillon Rétrograde Chronograph edition. With IWC’s signature aviation blue dial and alligator leather strap, we see a co-axial chronograph and a retrograde date complication. In addition, there’s a entrancing tourbillon down south that is powered by a caliber 89900. It comes in two case types, but we liked the 18K Armor Gold one better; there’s also one for fans of platinum cases. This is a boutique-exclusive piece.

When we think of a quintessential Hermes watch, there’s two most definitive elements — mechanical mastery and delicate artistry. Last year at SIHH, we found one that had won our heart (it was a year dedicated to everything lunar). It came with cosmic elegance but with the romance of French watchmaking. The Arceau L’heure de la lune returns this year with two new dial options and a special something.

Using an in-house movement, the watch employs two pair of discs showing the hours/minutes and date that spin over a dial with two mother-of-pearl moons. The result? A stunning dual moonphase complication for the Northern and Southern hemisphere. The horologic magic doesn’t end there — these editions feature meteorite on their dial. Our favourite is the Lunar Meteorite edition, seen above. 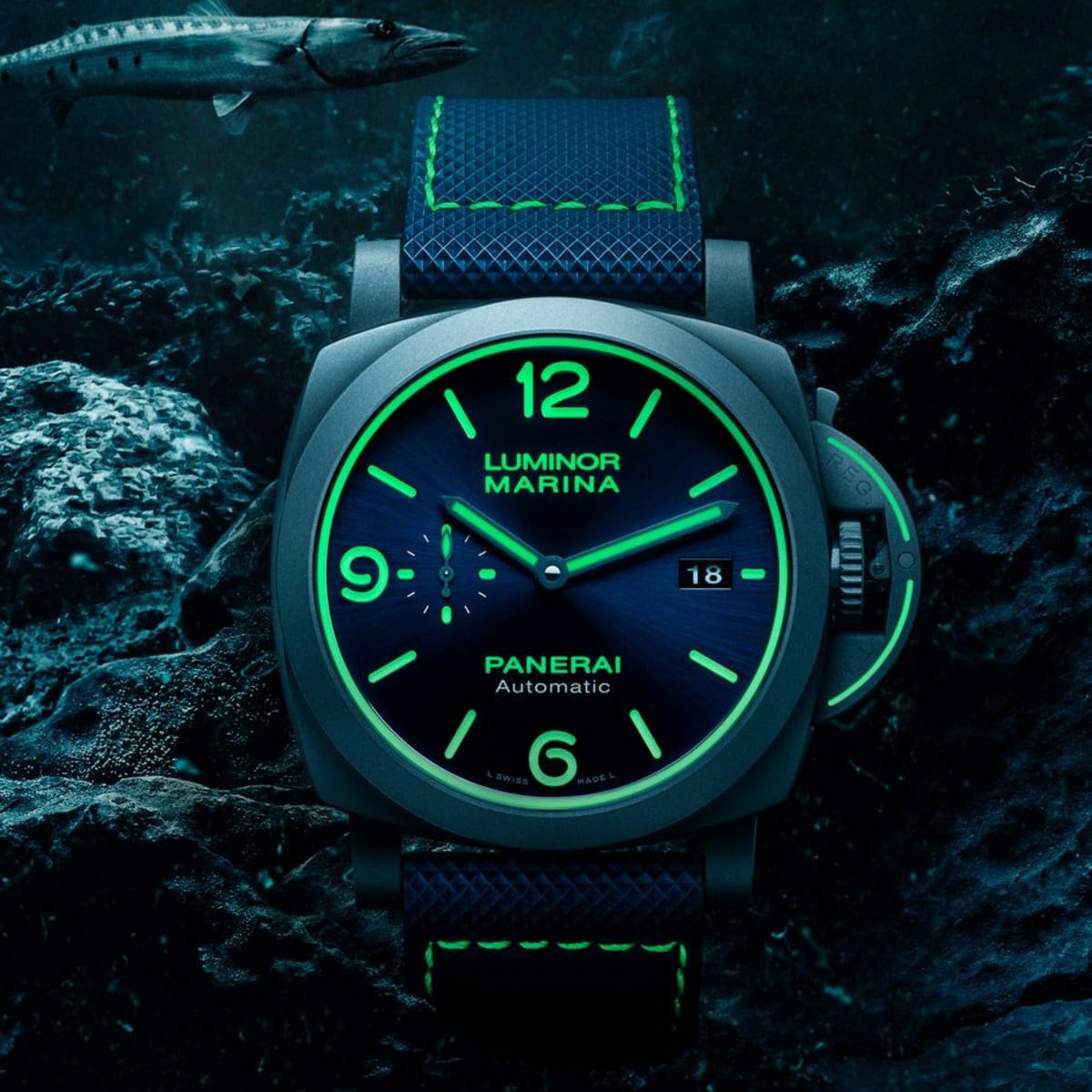 Almost a third of a century ago, Panerai, who at the time was a brand extremely invested in navy and nautical activities, had patented a luminous material called Luminor for their timepieces. To celebrate the 70th birthday of this diving watch’s innovation, Panerai has unveiled a trio of Marina Luminors in three interesting makes.

With DMLS, Carbotech, and Fibratech, the Luminor Marinas this year will boast an in-house P.9010 movement that comes with a three-day power reserve. All three watches boast a new grade of Super-LumiNova called ‘X1’ that Panerai says is stronger and longer-lasting than other variants. It’s on the strap too for 360-degree wrist illumination. 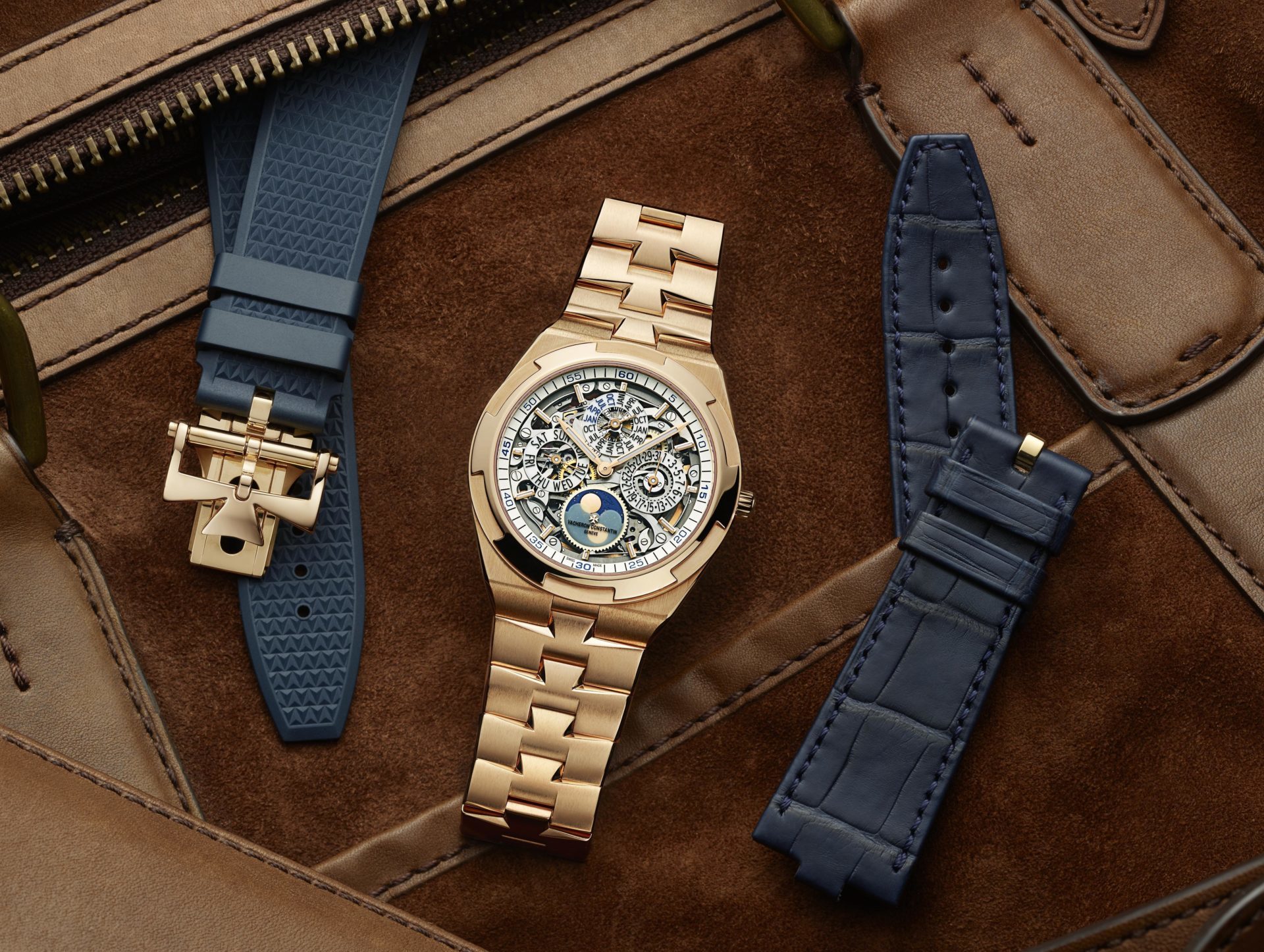 If anyone ever asked me what kind of watches Vacheron Constantin made, I’d just point the person to the watchmaker’s 2020 offerings. Because, hands down, they are our top pick from Watches and Wonders this year, with a plethora of pieces that prove why they’re an apex watchmaking maison.

Of course there are lots of innovations to talk about, but in the men’s category, the Overseas Perpetual Ultra Thin Skeleton is a beacon of modern-day craftsmanship, cased in pink gold and skeletonised. It boasts a triple sub-dial perpetual calendar — day, date, month — and won’t need to be adjusted until 2100. Automatic, and with a 40-hour power reserve on its calibre 1120 QPSQ/1, you get a bonus moonphase at 6 o’clock. 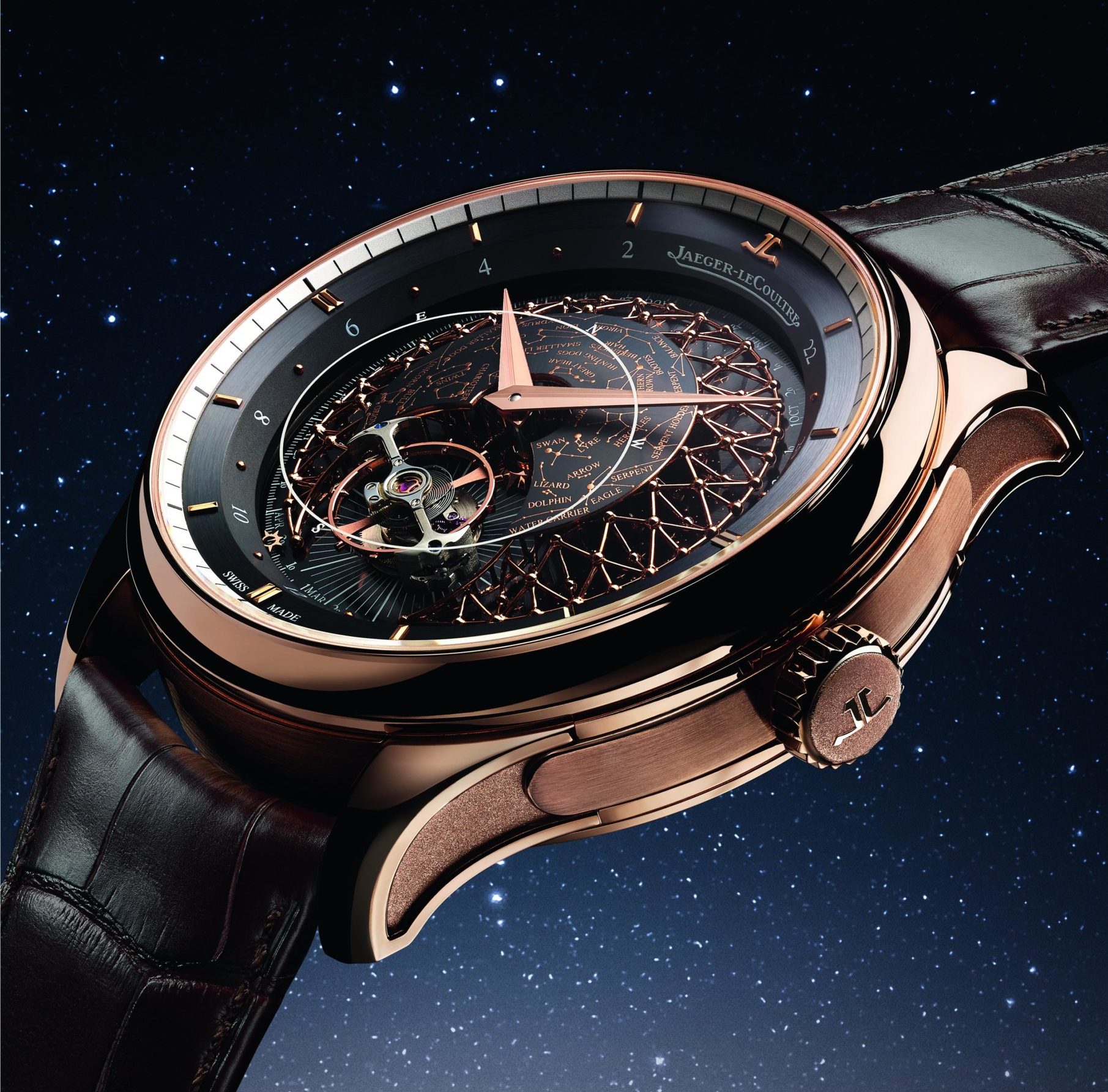 You’ll have to look twice, or maybe even thrice, to understand what’s really happening on the dial of this beautiful Jaeger-LeCoultre masterpiece. Here’s a bit of trivia: The multi-tier dial is actually a celestial vault complication. Keeping up to its name, you can see how it is an ode to astronomical beauty. With an orbital flying tourbillon, it also boasts a minute repeater with cathedral ‘crystal gongs’ soldered directly onto the sapphire crystal. The detailed subdial is a reflection of the night sky, when you look skyward from the Northern hemisphere. A golden sun-shaped pointer set at the edge of the disc of constellations indicates the date, the month, and the signs of the zodiac, and a 24-hour scale is marked on the inner flange of the dial. 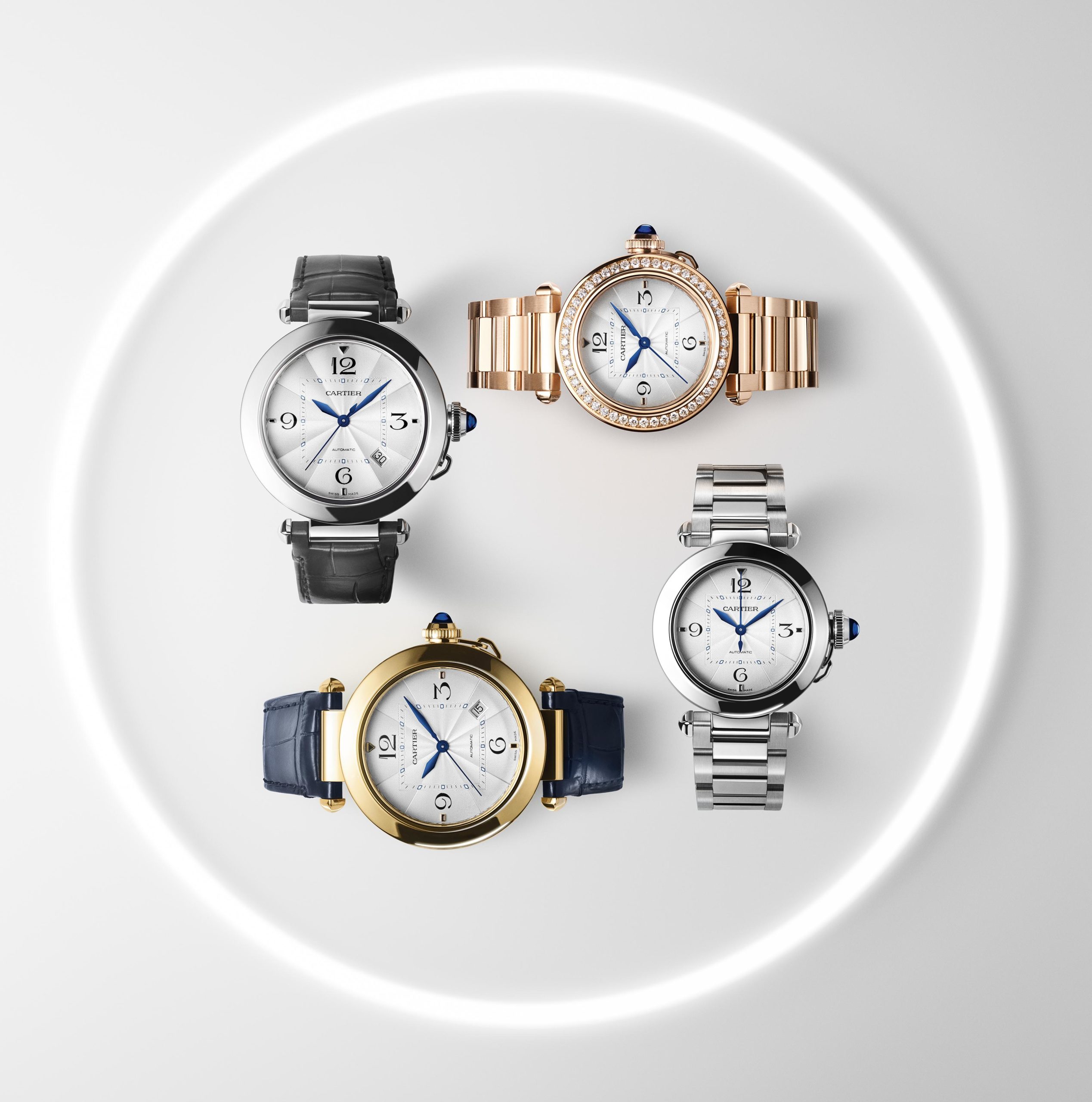 It is often said that Cartier’s Pasha line was designed specially for the Pasha of Marrakesh in 1933. Of course, Cartier  later officially confirmed that it was a watch designed to fill a perceived gap in their watch lineup — that of an overtly impactful sports luxury watch. Something to put up against the Royal Oak and the Aquanauts of the day.

I love all things vintage, and that’s one of the main reasons I gravitated towards the 2020 Pasha. If you place the Pasha of today and that of 1985, the year it was launched side-by-side, you won’t be able tell much of a difference. Even though the case is circular, we can still see Cartier’s love for sharp edges and squares on its dial. Inside, resides a Cartier caliber 1847 MC, which is said to use a nickel-phosphorus alloy for chronometer-critical components. While so, the case incorporates a paramagnetic alloy which offers greater resistance to magnetic fields as well. 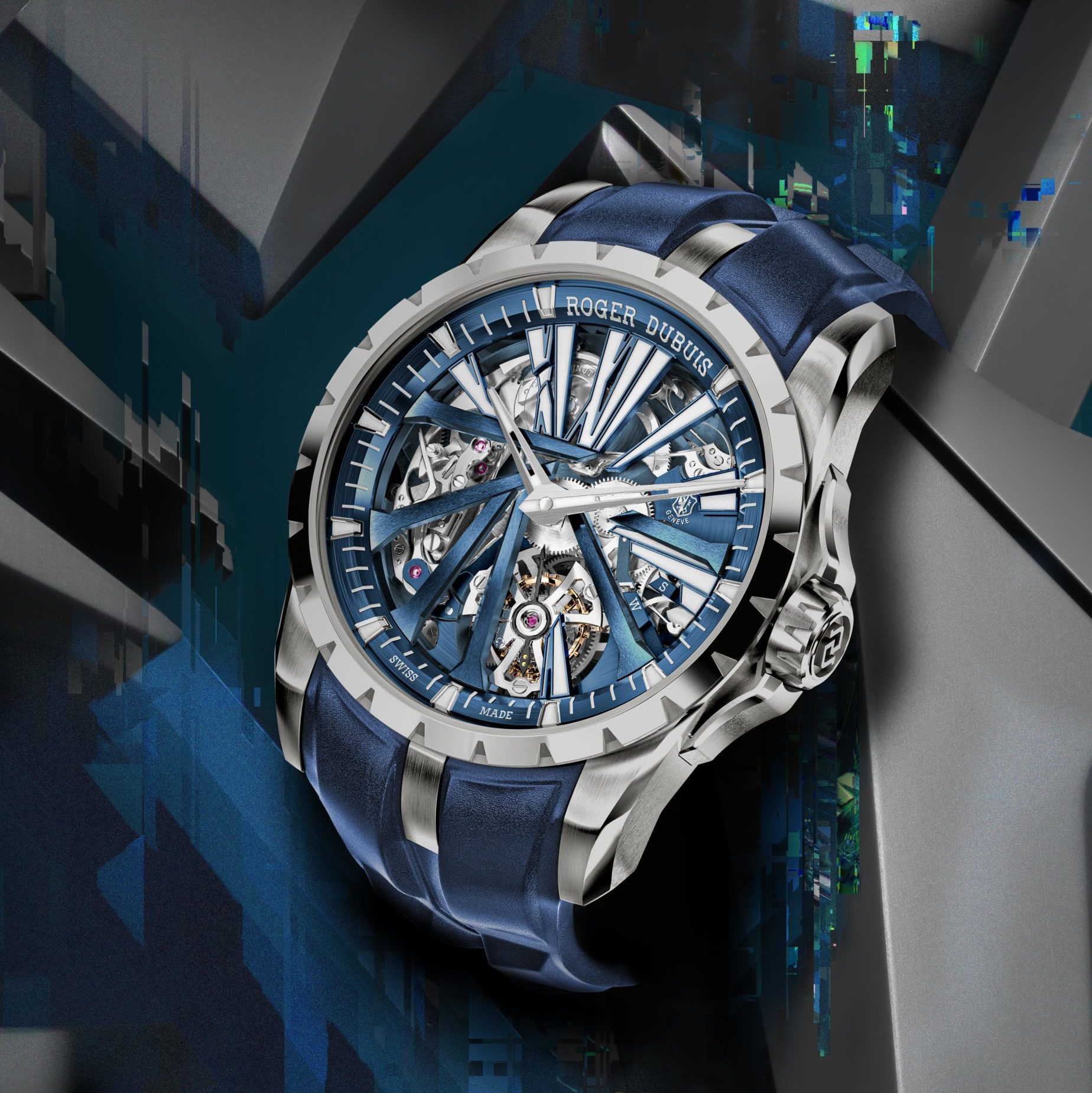 At first impression, the dial and its components of this watch reminded me of a distinct scene from a Micheal Bay film, where an alien transformer is brought back to life and his electric yet mechanical eye propels back into motion. but this sort of innovation is signature Roger Dubuis that is known to craft skeletonised flying tourbillons in proprietary metals. And they’ve done it once again at Watches and Wonders 2020.

But, they’ve added something more, to this brand defining DNA — a minute repeater. Cased out in a patented metal called ‘CarTech Micro-Melt BioDur CCMTM’, the timepiece shows off its skeletal beauty on the dial and caseback. With a tourbillon down south, the blue beams on the dial and the indexes work in sync, to create an illusion of lines spiraling towards the center. It uses an RD0107 caliber to power this mechanical chance of the tourbillon and minute repeater. An automatic watch, it has a power reserve of 60 hours. 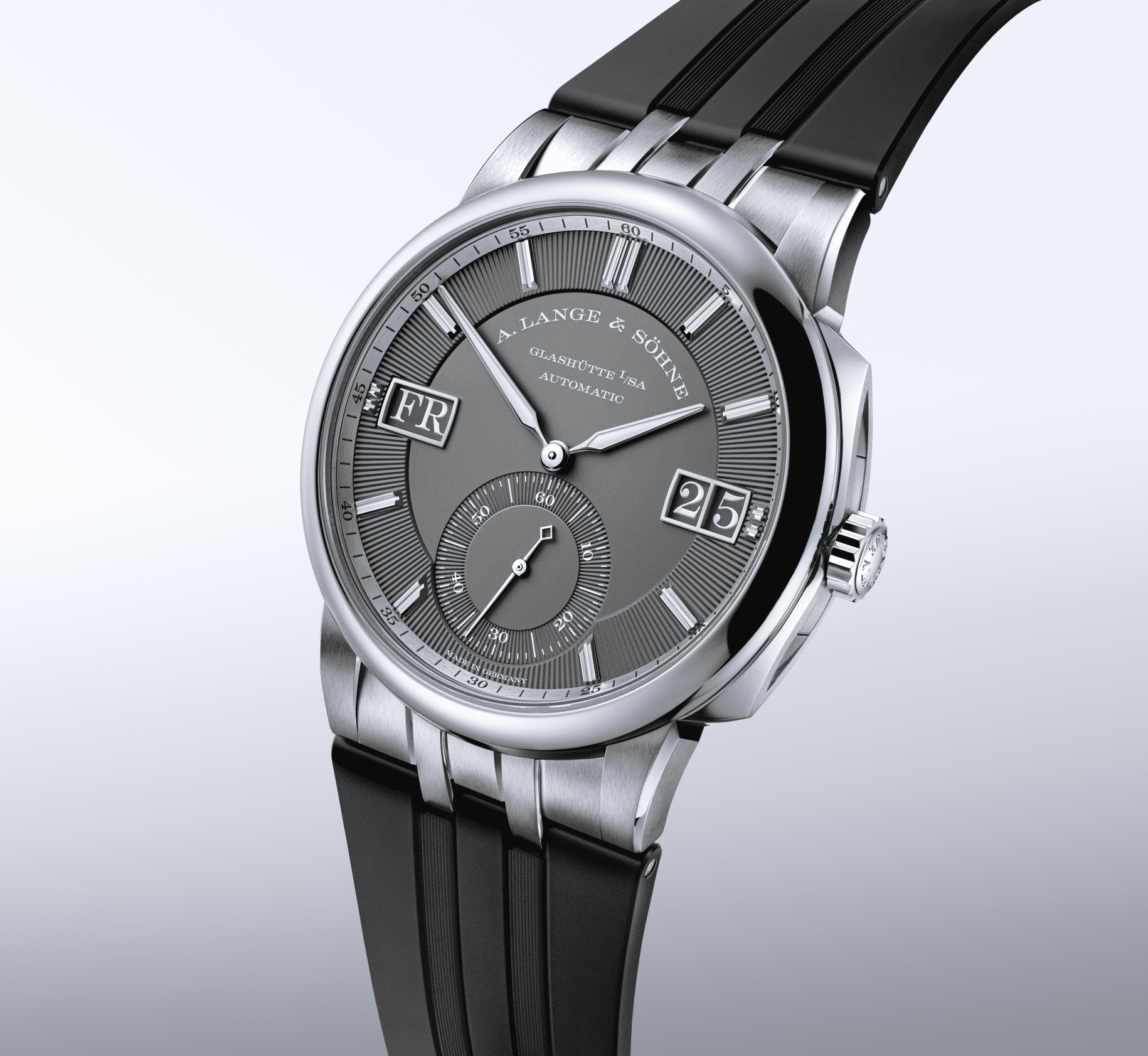 Hitting a minimal note with the new Odysseus, A. Lange & Söhne has taken a new step into luxury sportswear. They’ve cased this piece out in white gold, flanked by sporty silicon straps instead of their usual leather. As an interesting detail, there are five lugs at work here, something definitely new for A Lange & Söhne. The seconds hand has been moved and operates with a dial of its own now. The timepiece is automatic and manual (with a power reserve of 50 hours). 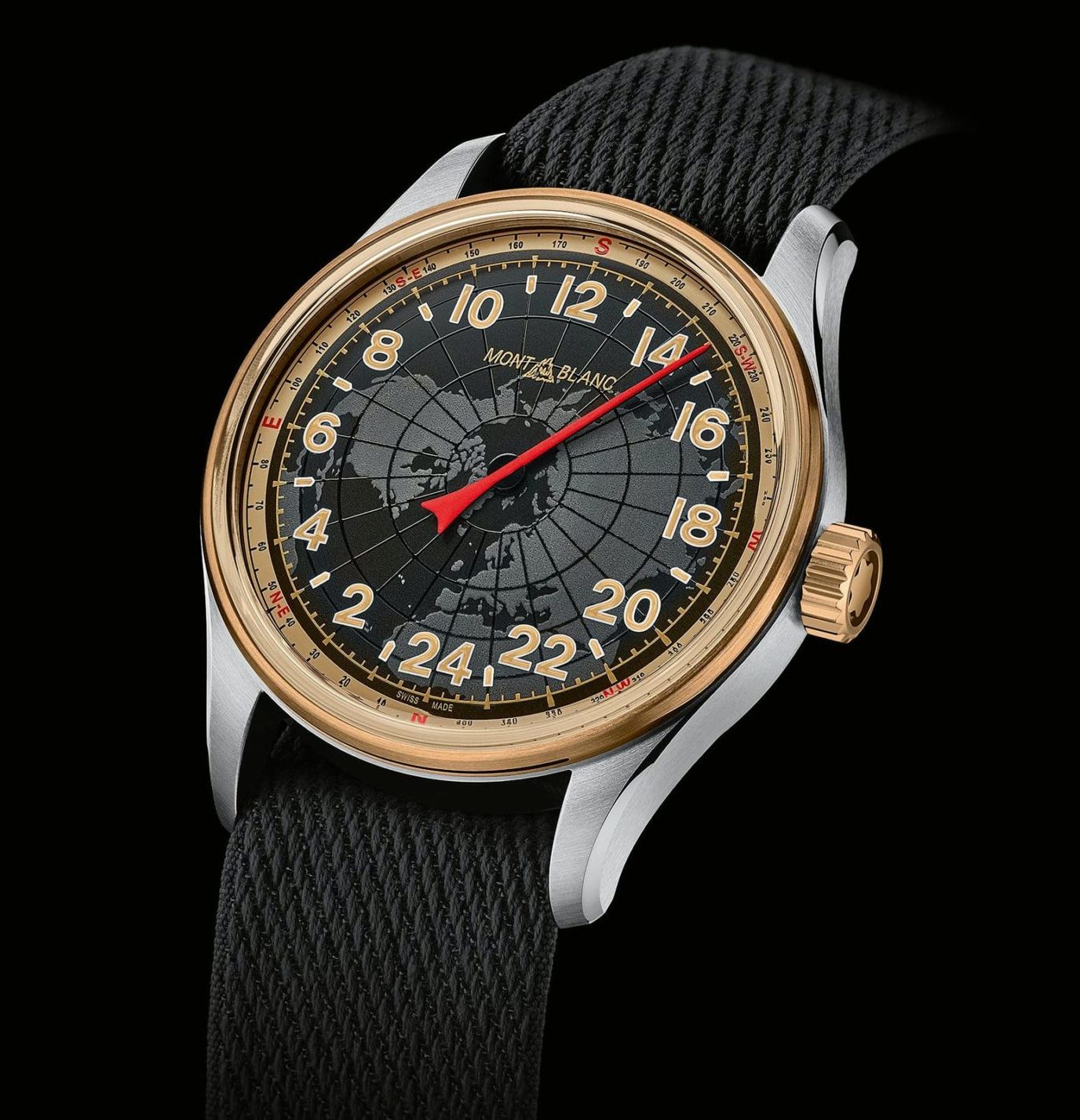 We needed a time that hits two aesthetic notes with one click — vintage and globetrotting. This year, Montblanc  has revived their adventure-inspired sport watch collection and they do so with ‘one click’ quite literally. The 1858 Automatic 24H comes with only one hand on its Earth-faced map dial, making it a pure explorer’s timepiece. The case and bezel are a combination of brushed steel case and bronze alloy bezel. With a MB 24.20 calibre underneath, this is an automatic timepiece that boasts a 24-hour dial instead of the conventional 12-hour. 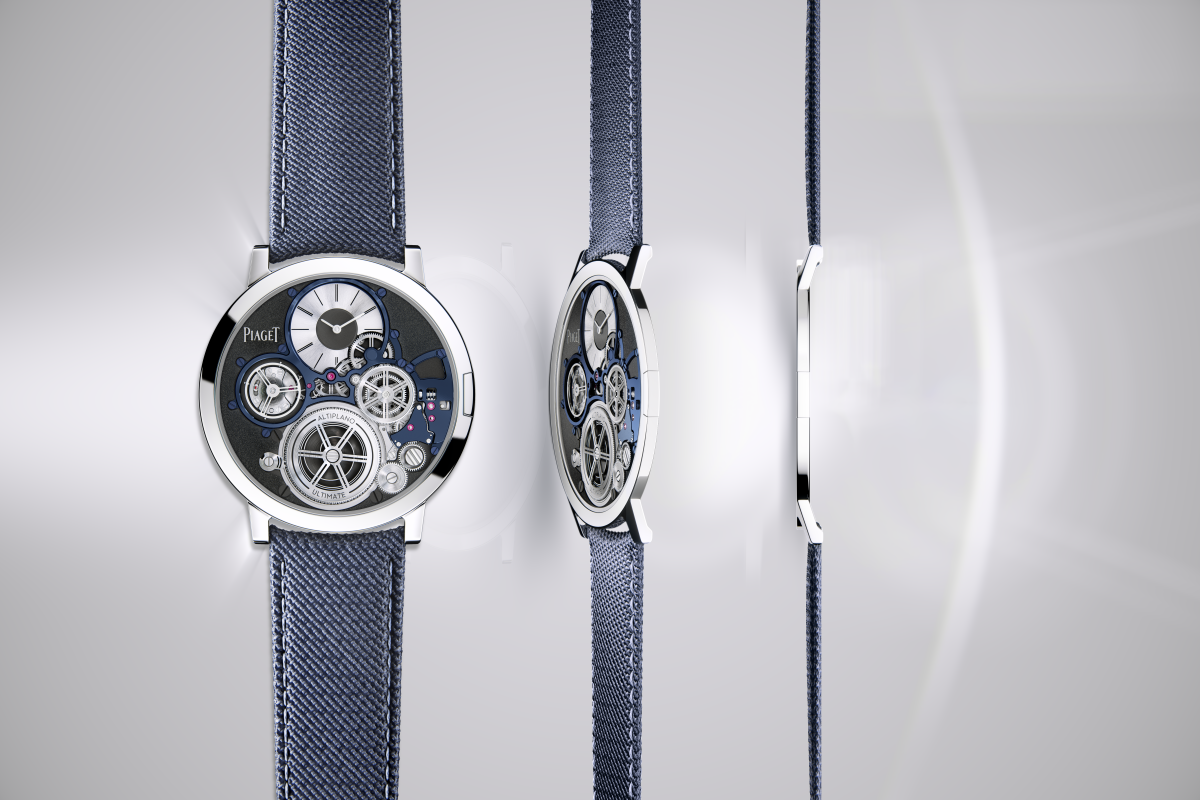 In 2018 at the SIHH, Piaget made history for crafting the thinnest mechanical watch to ever exist. At a stunning 2-mm width, the Altiplano Ultimate was introduced as a concept watch. However, this year it’s ready to be worn and embraced by watch enthusiasts. Currently, at the forefront the Swiss watchmaker’s grandeur, the Altiplano is manually wound and uses an innovative crown too, that hides within the dial itself.