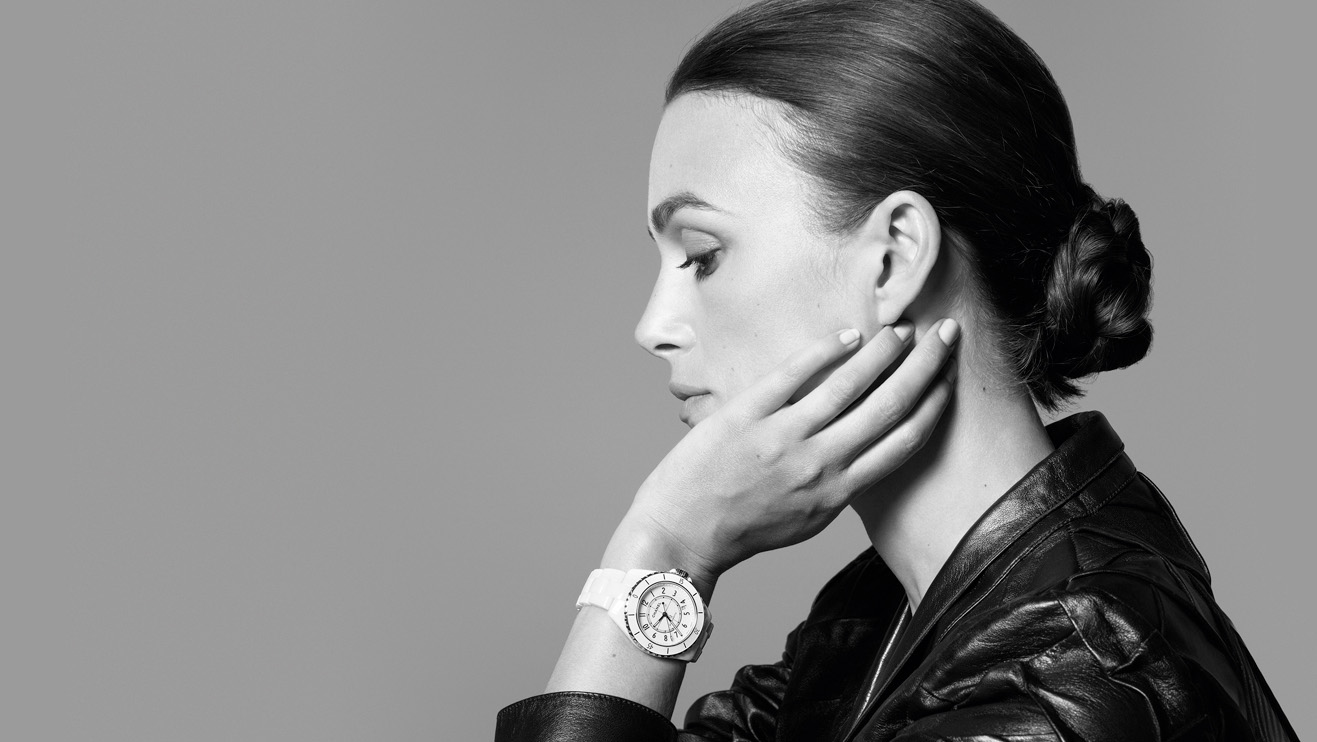 In the lead up to the 20th anniversary of the iconic J12, Chanel has given its signature timepiece a subtle makeover, carefully capturing and metamorphosing its emblematic design without altering the distinct identity that’s contributed to its two-decade success. Such a difficult task fell into the hands of Arnaud Chastaingt, director of the Chanel Watch Creation Studio. “It was one of the most complex exercises I’ve had to do in my career,” he told us ahead of the new J12 launch party earlier in Beijing. “It’s absolutely a different creative approach from all the things I’ve done before.”

Unlike the Boyfriend or the Première, the Chanel J12 is not a creation of Chastaingt’s: it’s the work of the late Jacques Helleu (previously artistic director of Chanel), who was inspired in 2000 by the silhouettes of racing yachts at America’s Cup. Helleu’s iconic design was what first attracted Chastaingt to pursue a career in watch-making.

“It’s this watch that connected me to the watch world, and gave me an interest for the design of watches,” Chastaingt recalls. “I didn’t want to kill the Jacques Helleu DNA of [my] youth.”

As he began his design process for a new J12, Chastaingt was faced with two options: to change everything, or to change nothing. “Finally, I chose the paradox of changing everything but nothing.” This is, however, a conclusion that only came after his first attempts to bring a new design for the icon. “When I started four years ago, I tried to change everything and I think I needed to do that for the first time. I quickly understood in my creative approach that you do the revolution once, and it’s not me who did it, it was Jacques in 2000,” said Chastaingt. “I understood that my job was maybe more to do with the evolution of the design of this watch than to do the revolution the second time.”

The new J12 has been given extremely fine admendments to maintain the identity of the iconic watch.

So, what’s been elevated? First of all, the latest J12 comes with a one-piece 38mm ceramic case (that includes the hour marks) and a sapphire crystal caseback, as opposed to the previous silver version that not only attributed little to the design, but also wore down quite easily. As a result, you’re now able to admire the new 12.1 self-winding movement developed by Swiss manufacturer Kenissi. This new calibre is COSC-certified and offers a 200m water resistance and 70-hour power reserve; in addition, it features an oscillating weight that has been completely redesigned into a perfect circle — one of the graphic signatures of Chanel’s haute horlogerie.

Flip over the watch, and you’ll find the lacquered hour markers, glimmering in Arabic numerals in a slightly different typography, with the words “J12” and “Automatic” now in Chanel’s official font for a cleaner and more modern aesthetic. The words “Swiss Made”, meanwhile, have been moved downwards and incorporated alongside second marks, all in the effort to allow the dial opening to appear cleaner and wider. The rail track at the centre of the dial now sports a series of darkened hour indexes, adding extra visual interest.

The minute and hour hands are now of equal widths, with those found on the black iteration of the J12 half-treated with black SuperLuminova, mirroring the colour design on the white version. The links on the ceramic bracelet, meanwhile, feature a triple-folding clasp, and are now longer and narrower for a more contemporary look. The notches on the bezel have also been increased from 30 to 45, with a pleasant sound upon rotation.

Though all of these modifications on the new J12 are extremely fine and subtle, together, they produce a noticeably refreshed aesthetic — all while preserving the iconic identity of the watch. These new designs — available in black or white ceramic, with or without diamonds — are now available for purchase across Chanel’s Watch & Jewellery boutiques.

Style
Born in Madras, bred In New York: A fashion label taking Madras Checks to the world
Style
The La Grande Classique de Longines is back with a 2020 update
Food & Drink
Be your own chef: The fine-dining restaurants delivering meal kits in Delhi & Mumbai
Style
All the rainbow-inspired pieces you need to stock up on this Pride Month
Gear
Gaming update: Can Valorant be the next Counter Strike?
Travel
Extreme adventurer Ryan Pyle on finding adventure amidst a pandemic
Beauty & Grooming
The best hydrating moisturisers to invest in this summer? Try gel creams
Beauty & Grooming
Actress & Insta-influencer Roshni Chopra’s beauty bible
Gear
‘Postcards from Isolation’: a project to reunify people amidst the pandemic
Sign up for our newsletters to have the latest stories delivered straight to your inbox every week.

How to make your expensive luxury watches last a lifetime