We can all agree that EDM lovers and serious watch enthusiasts probably have absolutely polar tastes in life. However, Hublot somehow manages to string the interests of both over a very special Big Bang with French-Algerian DJ Snake.

As a breakout star in 2013 with Turn Down For What, William Sami Étienne Grigahcine, aka DJ Snake, currently stands as the most-streamed French artist in the world. Over the years, he also linked with artists like Justin Beiber, Major Lazor, Kanye West and more, over club hits like Let Me Love You, Lean On and New Slaves, respectively. More so, he’s the first French outfit with two songs with over a billion plays on Spotify, while having Billboard Music Awards and MTV Music Awards on his belt. In 2018, he became an official Hublot champion and rocked the decks at Hublot’s closing evening during the FIFA World Cup in Russia. Finally, three years later, we see his name on a timepiece. It was launched at his recent concert in Paris. Richard Guadalupe, Hublot CEO, commented on the collab, “DJ Snake turns everything he touches to gold! We are thrilled to have been able to channel his outstanding creativity into this new limited edition piece. The result is truly multifaceted, just like DJ Snake’s talents!” We most certainly concur. The timepiece perfectly encapsulates the vibrancy of EDM and Swiss watchmaking brilliance. “To be able to wear, and also offer my fans. This watch reflects my personality, and it’s something very important to me since the start of my partnership with Hublot,” said DJ Snake. 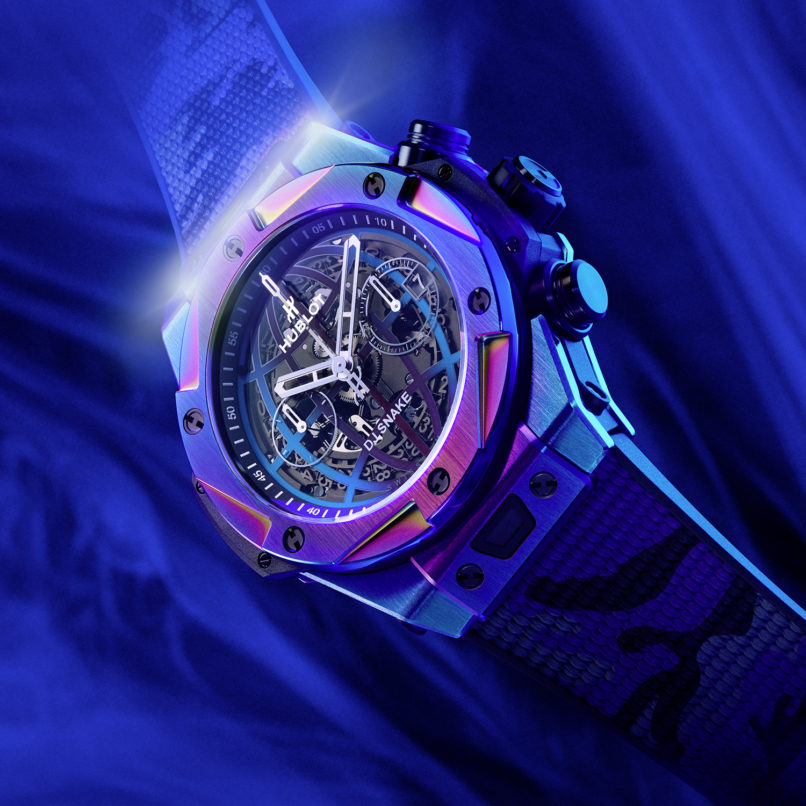 Reimagining the iconic Big Bang silhouette, the bezel and titanium components received a special treatment much like their black PVD treatment. However, to obtain this stunning colourful flow and optical effect, Hublot stated that the case and bezel had to be placed in various odd positions when being coated. This allows an array of colours to pop out depending on the angle of light, much like the ‘mystichrome’ paint job used on cars. Notice those cuts on the bezels? They’re DJ Snake’s direct design input. They also add a unique definition to the piece, not just in form but also in colour, making it instantly recognizable. Overall, the piece is a perfect illustration of the “Art of Fusion” philosophy at Hublot. 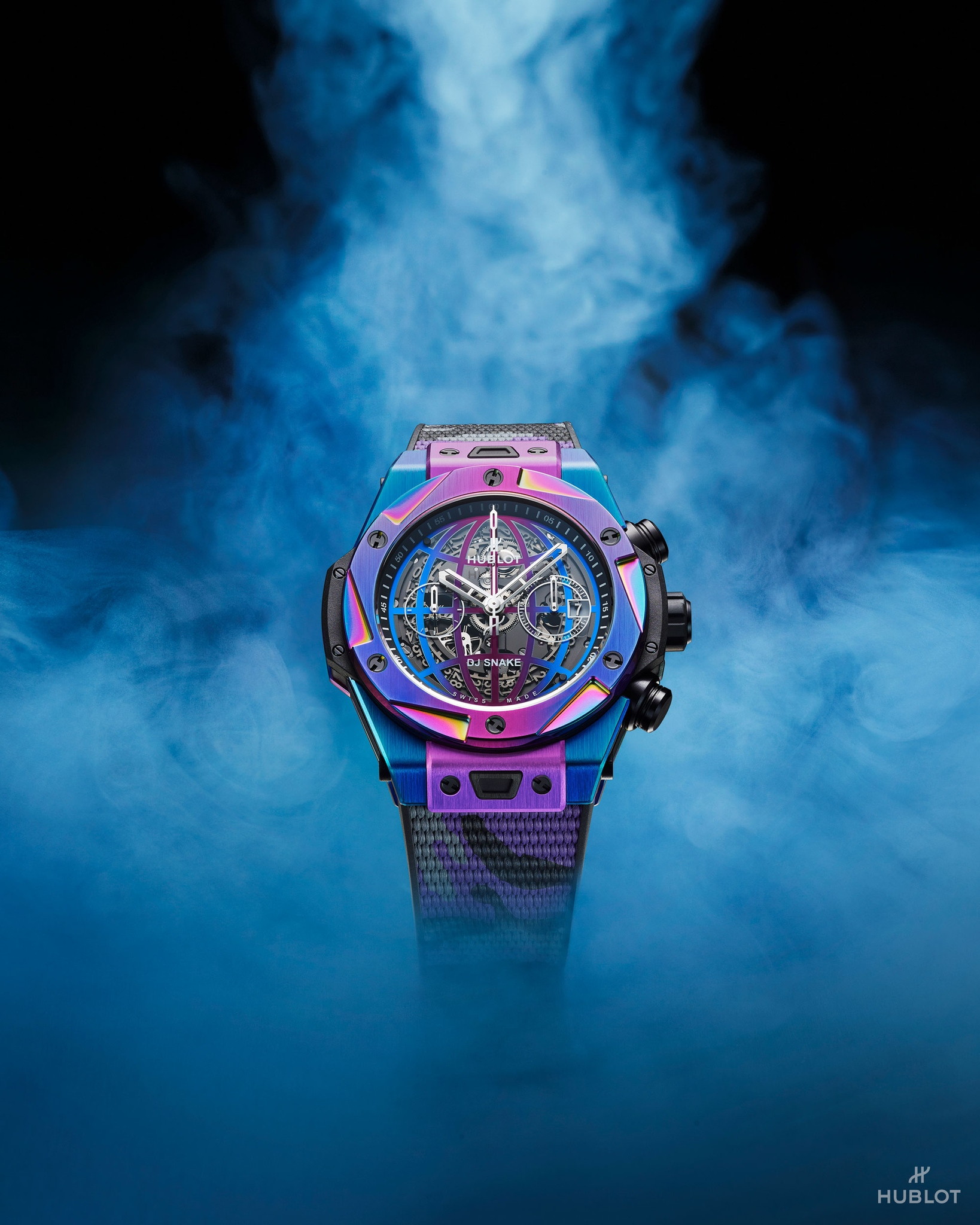 Moving onto the dial. In classic Hublot fashion, this one’s handsomely skeletonized, too. With the artist’s signature at six o’clock, the dial features a massive globe motif — A nod to his travels across the planet and that the world is his home. You also notice that the skeletonized bits get a black fumé finish. While having that magnificent HUB1242 UNICO on display, the piece boasts a flyback chronograph and a 72-hour power reserve. The caseback screams ‘Limited Edition’. 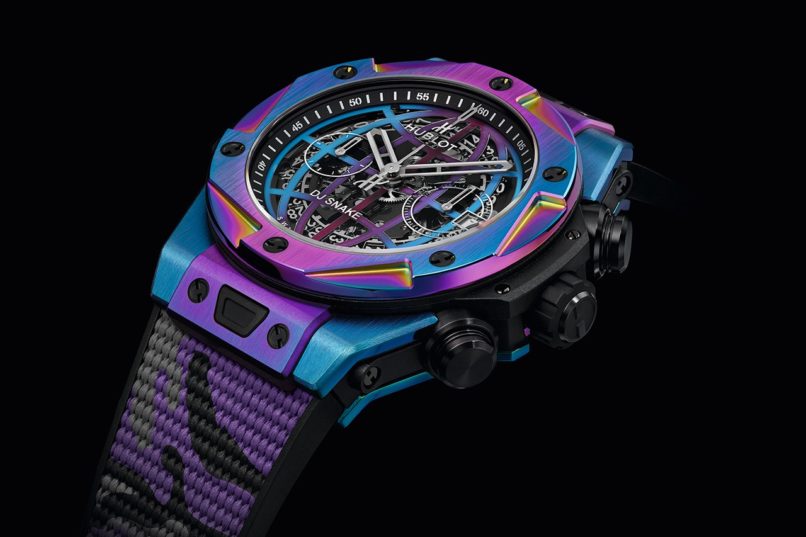 The Hublot Big Bang DJ Snake is limited to only 100 pieces and will be supplied with two rubber straps. First, a grey, black and purple camouflage pattern echoing the myriad colours reflected by the watch case. And the second, a black ribbed structure hitting a slightly subtler note. It is priced at €25,900, or Rs 22 lakh.

Editor’s picks: These watches had our attention at the Geneva Watch Days 2021