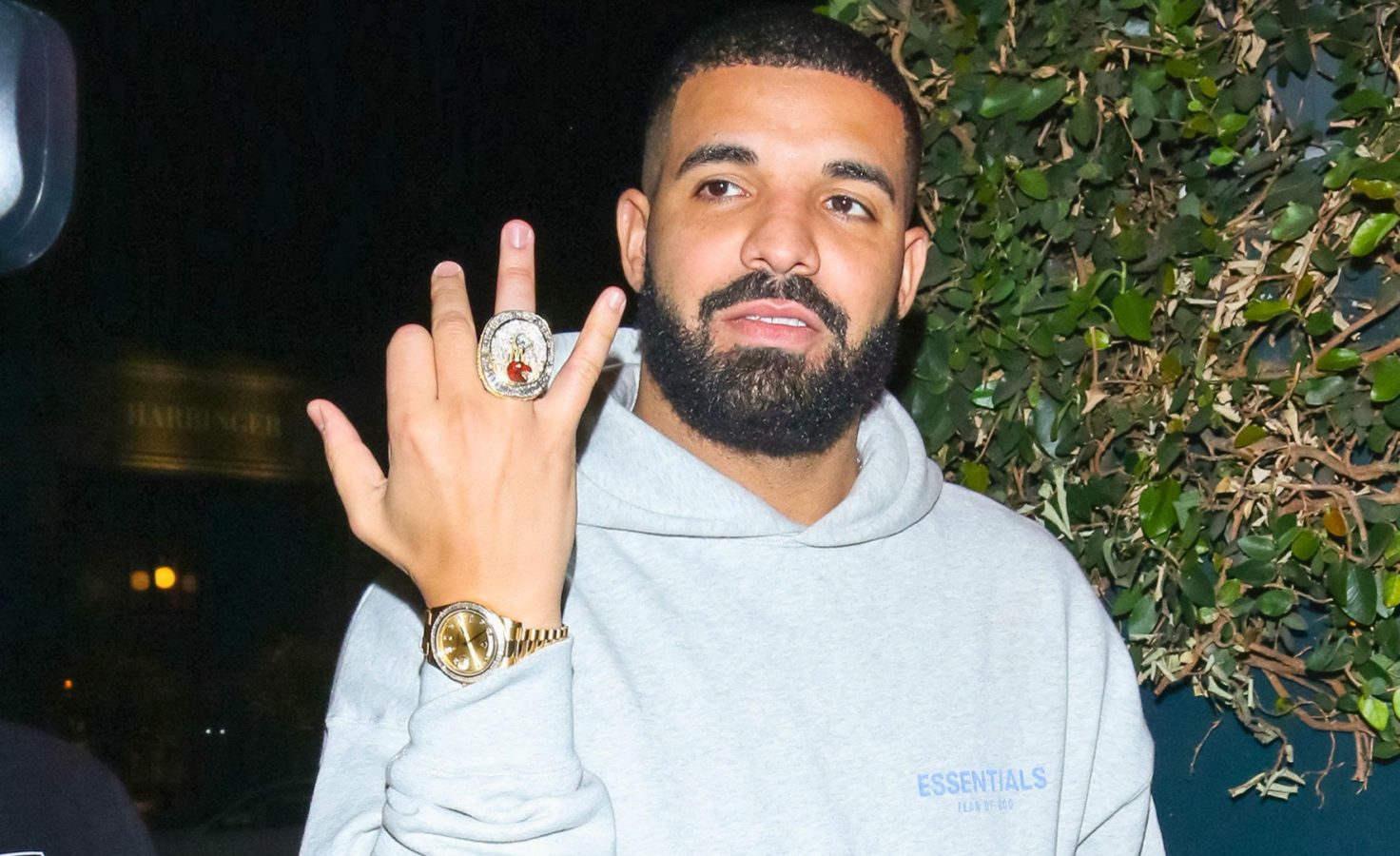 For Drake, nothing’s off-limits, and his watch collection is simply proof of that. Champagne Papi a.k.a Drizzy a.k.a 6 God a.k.a Aubrey ‘Drake’ Graham is currently breaking chart records with his latest album, Certified Lover Boy. Being his 7th studio album, Drake’s a certified GOAT in the rap game today with a bank account to match that. Apart from all the Rolls-Royces, Veyrons and Mercedes parked in his garage and the OVO chains, there’s one guilty pleasure he evidently can’t get enough of — luxury watches. 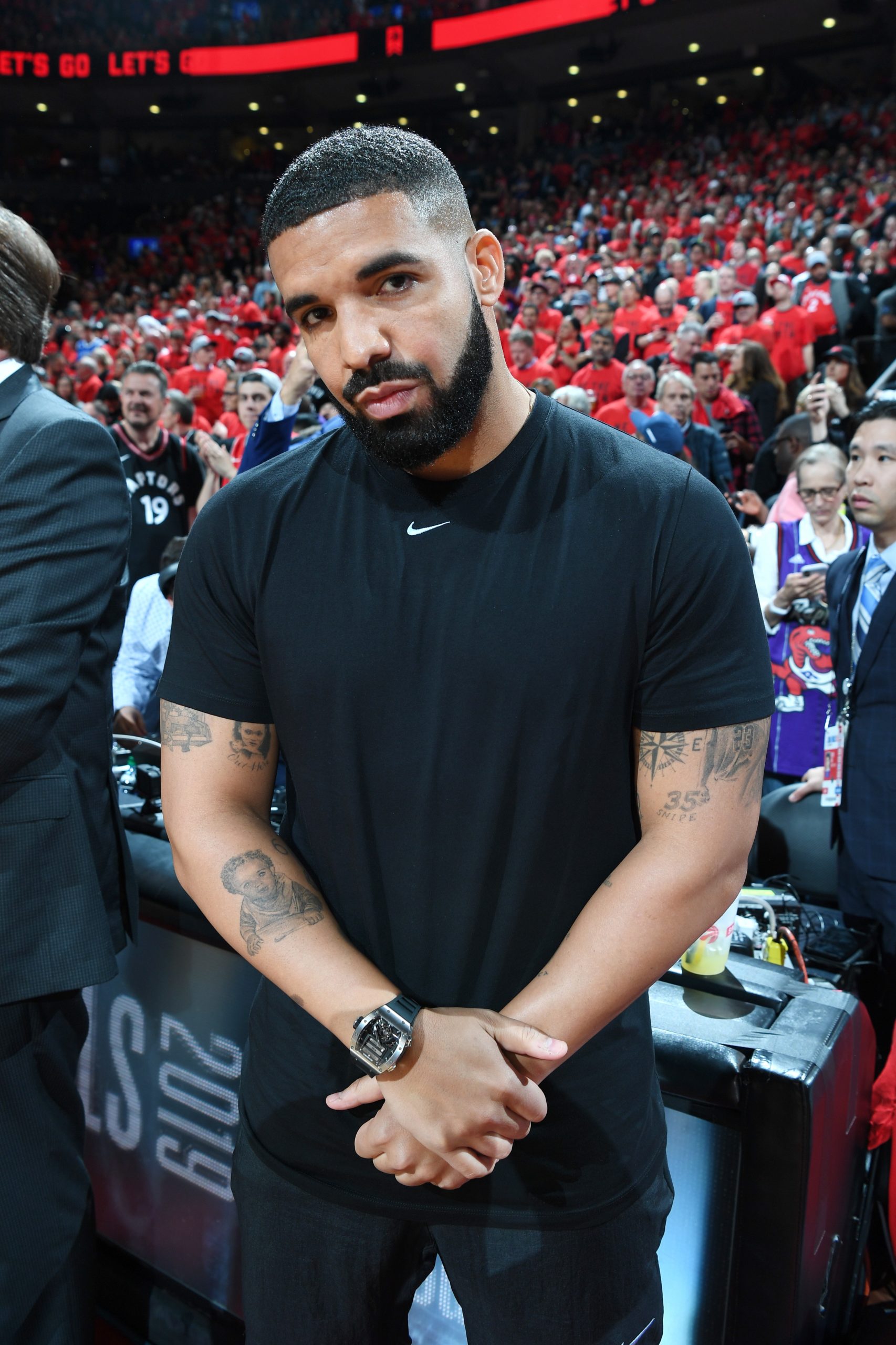 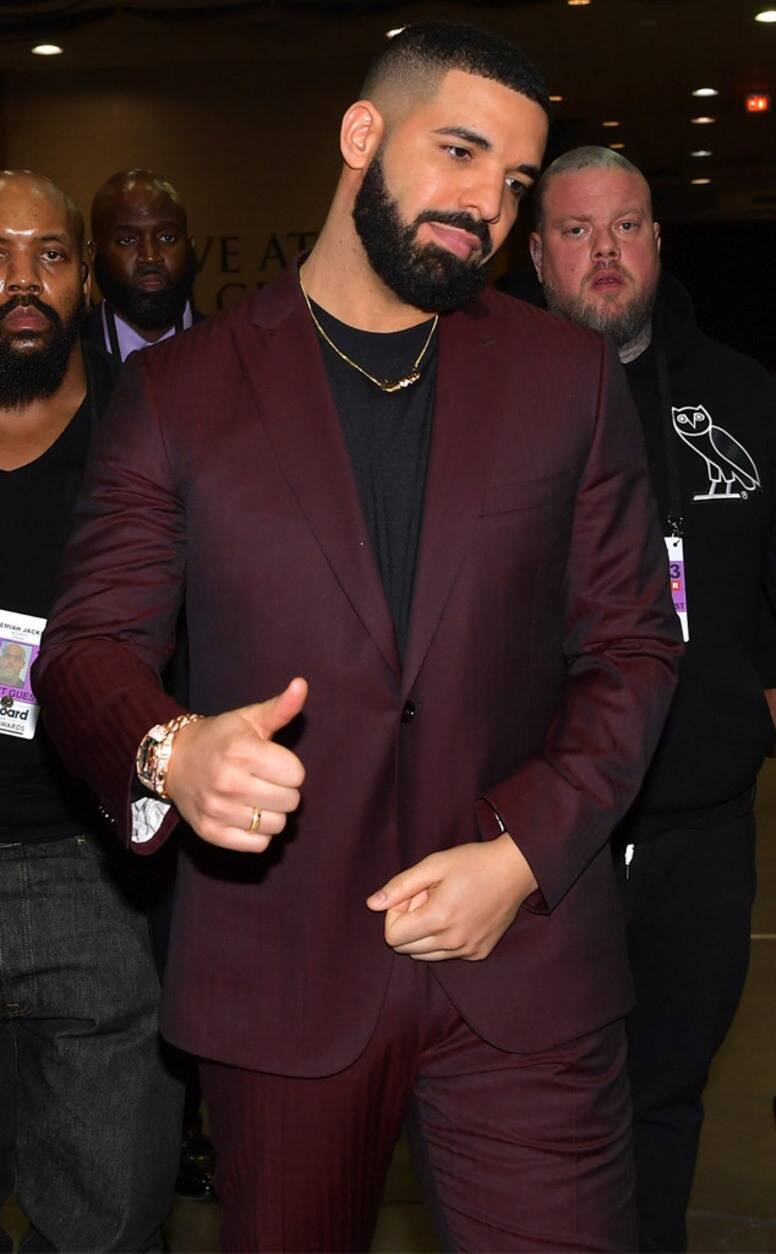 While winning two Billboard Music Awards in 2019, Drake wore an absolutely regal red wine suit and some serious arm candy. An RM-037 in rose gold which had every sq. centimetre of itself enriched in brilliant-cut diamonds. The outer section of the dial puts the elegant movement on display with its skeletal form while the inner boasts a red panel, complementing the rapper’s suit. It came with a $385,500 price tag. 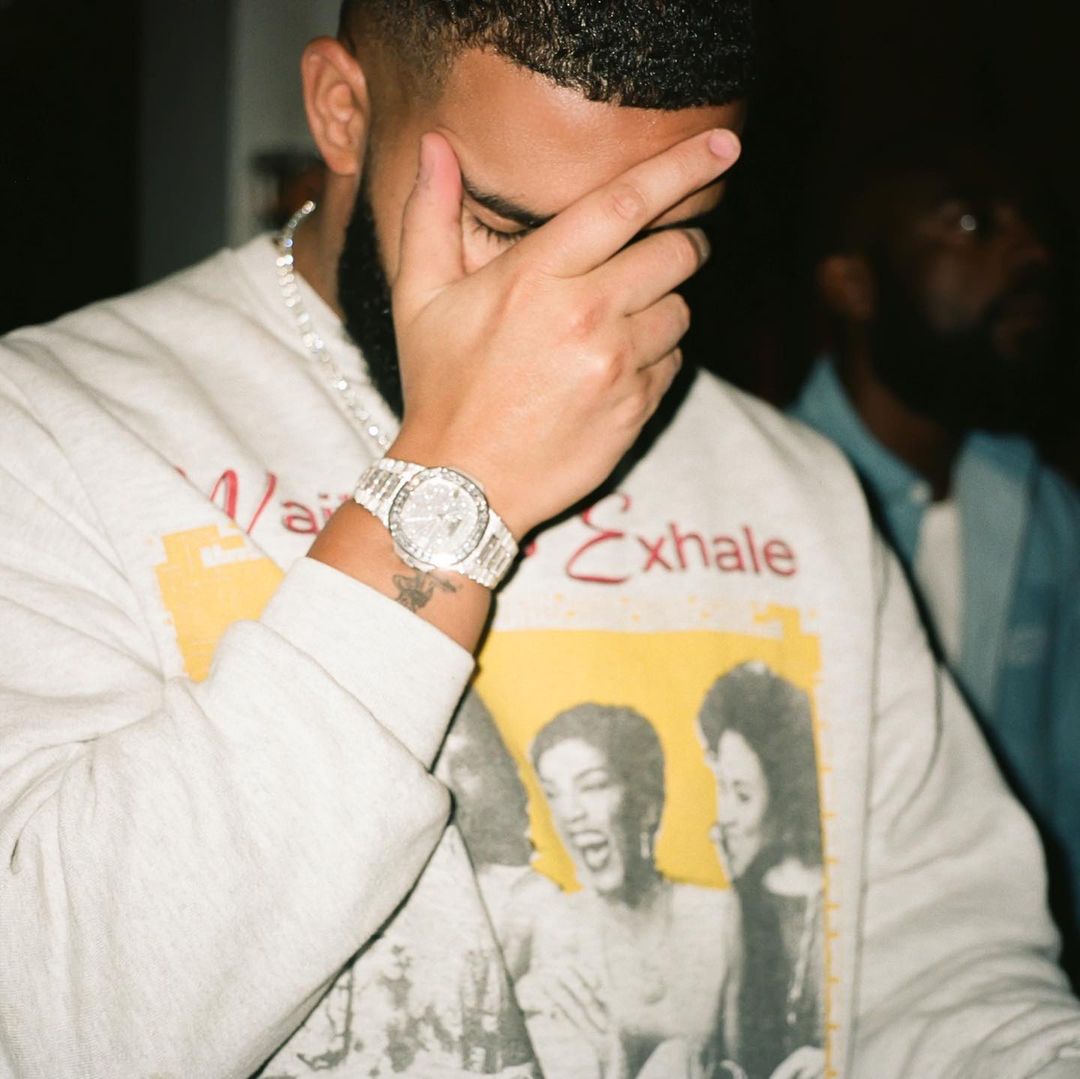 What appears to be a diamond chandelier on his wrist is actually a Nautilus 5719/10G that houses exactly 1343 diamonds including 185 baguette-cut diamonds on the bezel and centre link of its bracelet. Being a custom, it’s hard to figure out its accurate dollar figure, but we’d assume it’s close to $520,000 considering all that bling. 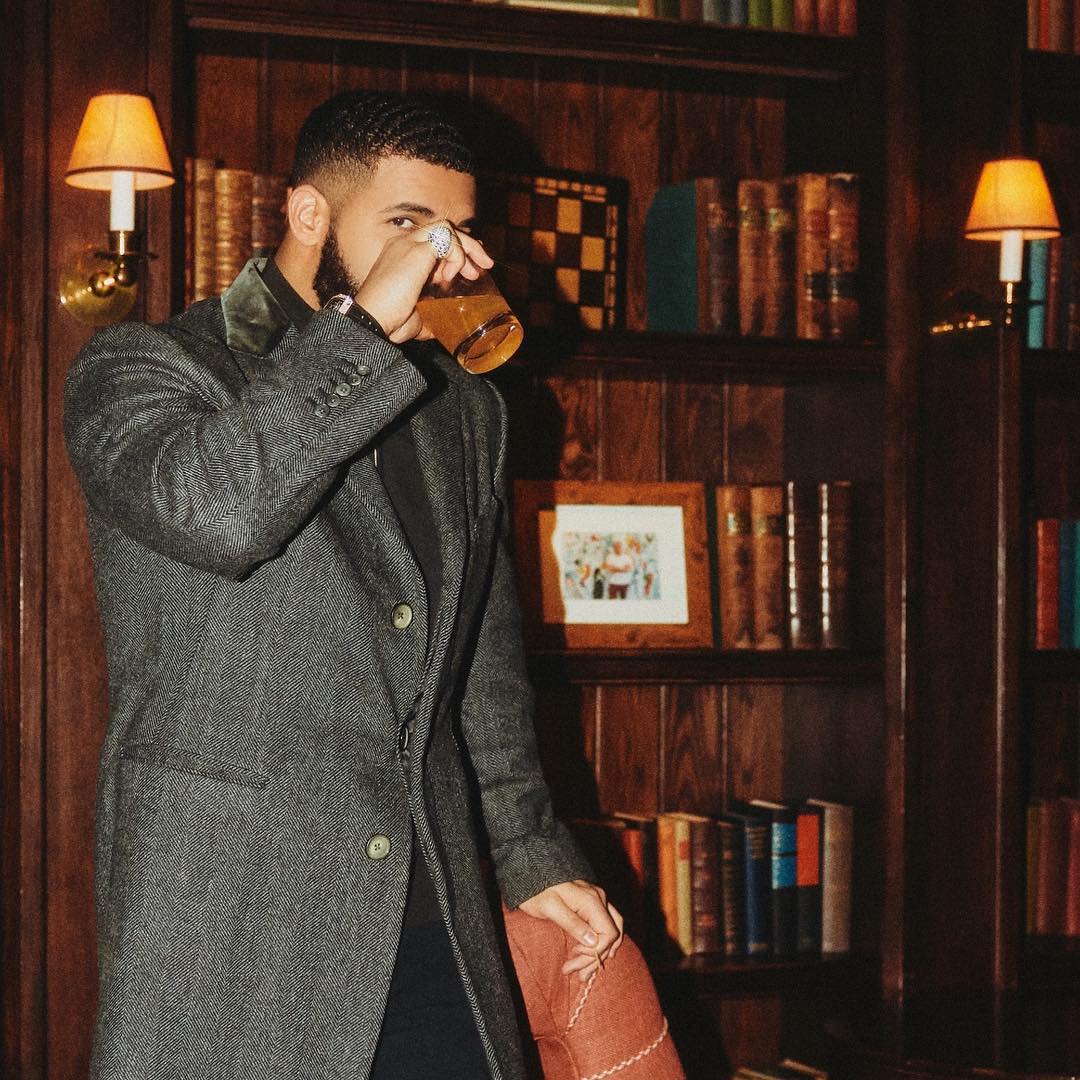 This is perhaps one of our favourite pieces from Drake’s watch collection — A Richard Mille RM 055 “Bubba Watson” with an iced-out case with brilliant-cut diamonds. The virtually suspended dial features rose gold bodywork while the case is crafted out of NTPT carbon. This stunner works up a market price of close to $250,000. 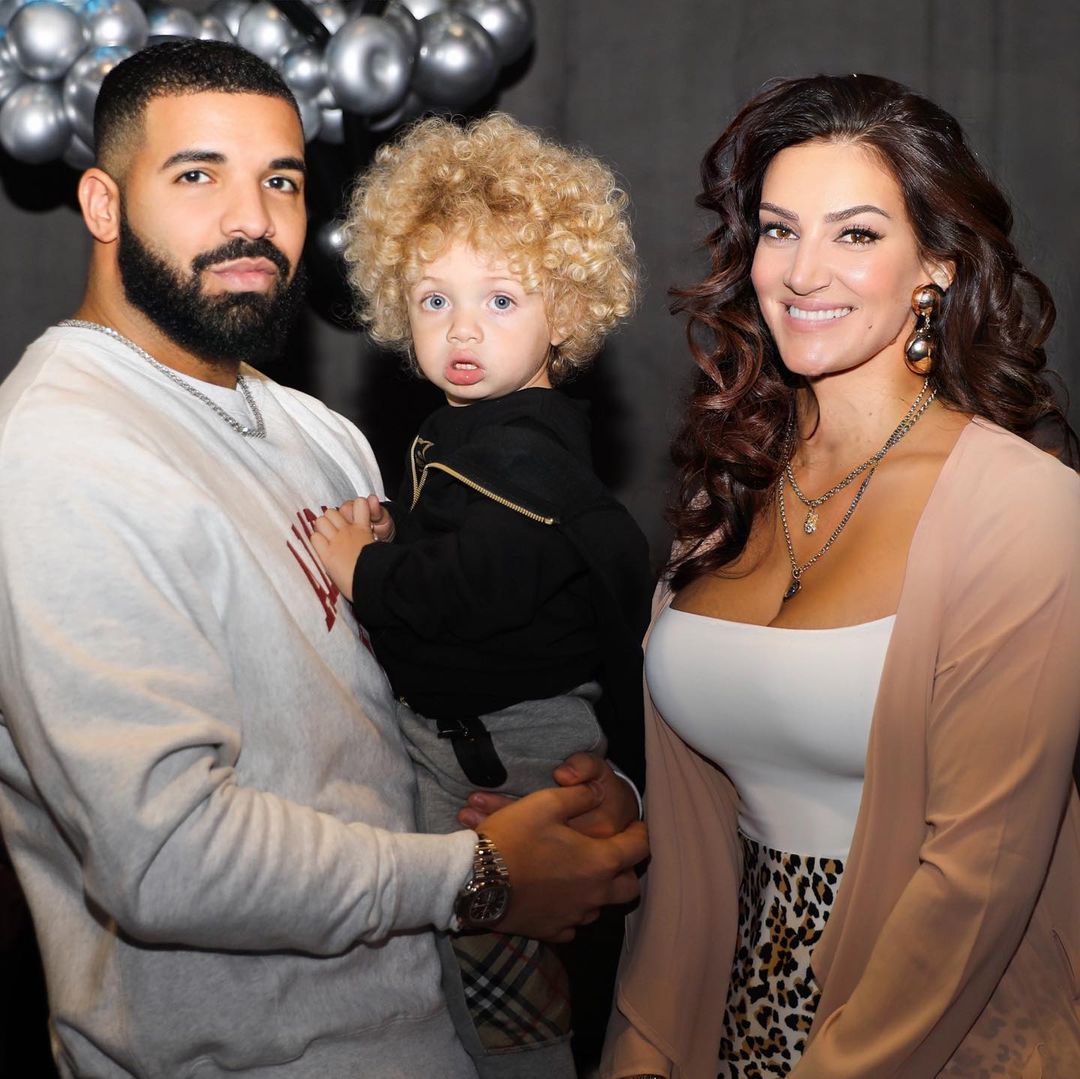 Posing with his son Adonis in hand alongside baby-mama and French artist Sophie Brussaux, Drake wears a nifty Patek Philippe Nautilus 5976/1G marking the line’s 40th anniversary with the engraving ‘1976-40-2016’ on its dial. The piece also features a cool chronograph and a date window. Limited to just 1,300 pieces and markets for approximately $320,000. 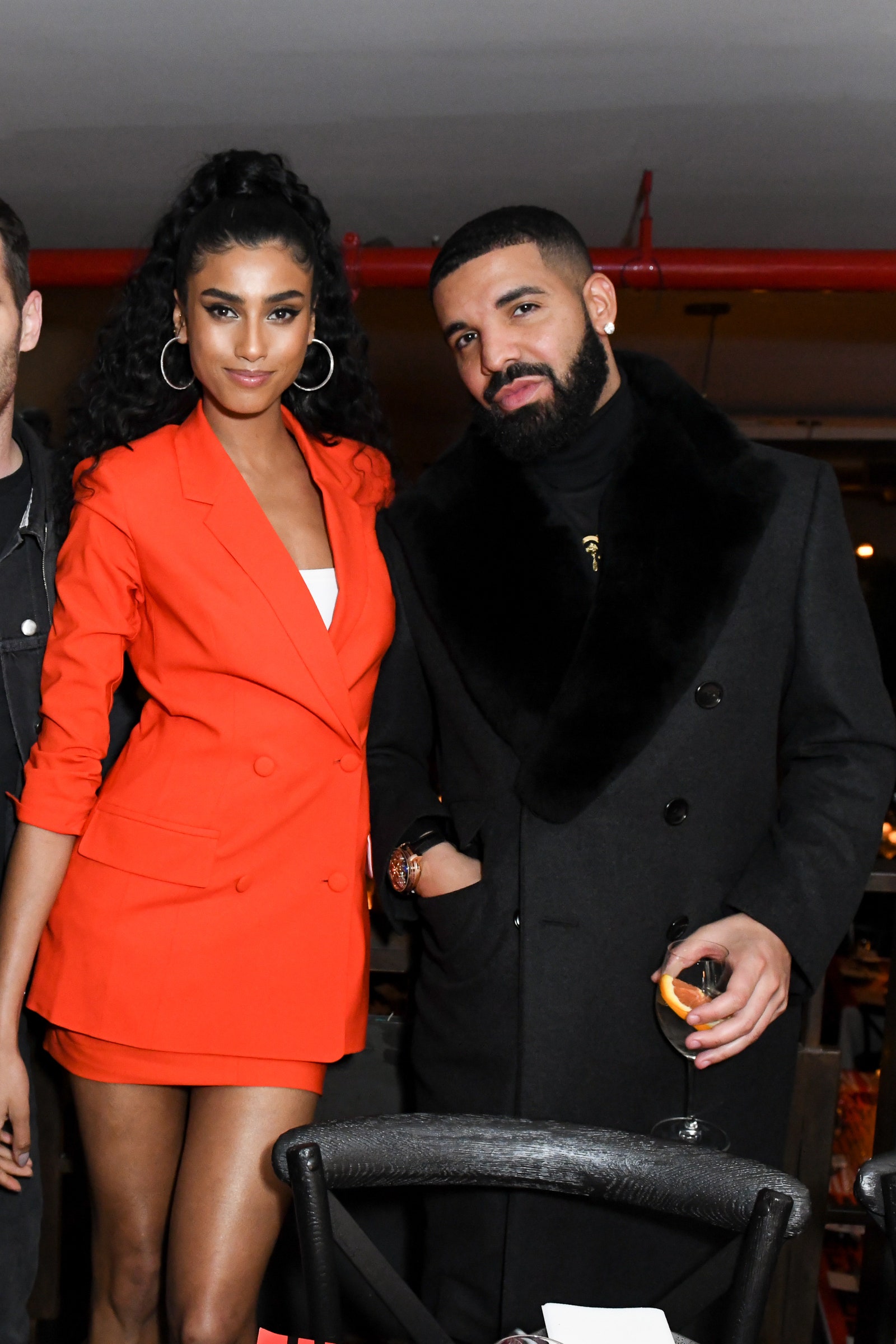 Limited to only 18 pieces, this mind-boggling Jacob & Co. creation fetches North of $620,000. Visually, it’s highly enticing but let me tell you what makes this a mechanical marvel as well. At the press of the button at 8 o’clock, the roulette wheel begins to spin, sending the little white ceramic ball flying. After which, you can only hope you bet on the right colour. It’s an actual casino on your wrist fellas, place your bets. Conor McGregor is the only other known owner of this timepiece. 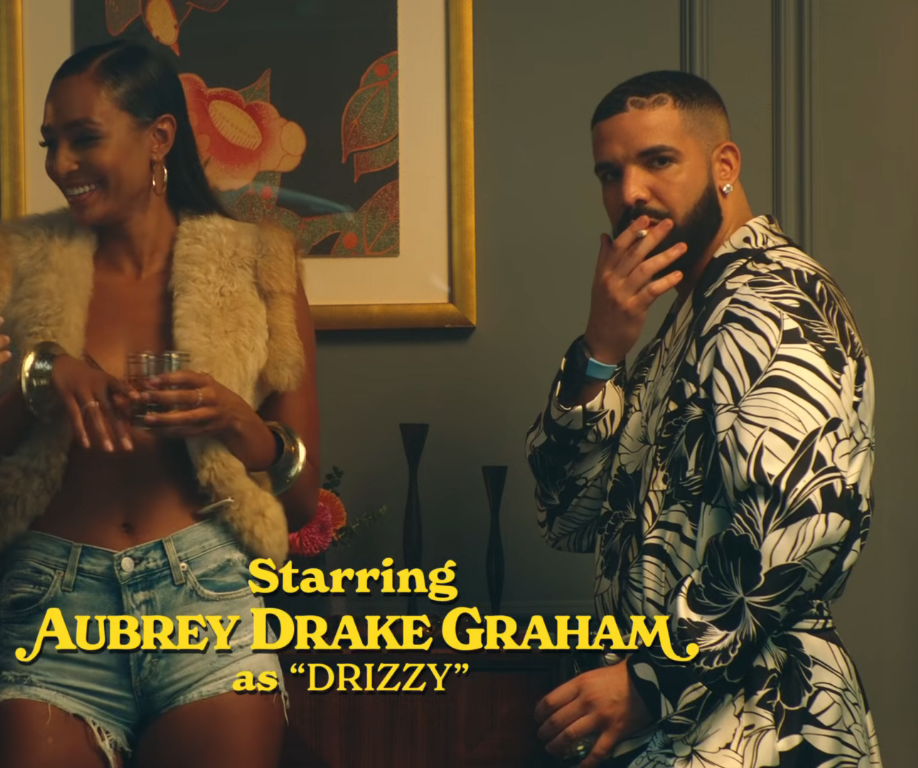 At this point, Drake’s penchant for Richard Mille watches couldn’t be more apparent. In his latest music video for ‘Way 2 Sexy’ which is rocking global charts right now, he wears a stunning RM 27-04 “Rafael Nadal” Tourbillon. The piece is actually quite a mechanical marvel. It features a micro blasted string mesh that’s made from a single woven steel cable measuring 0.27-mm in diameter and held in place by two turnbuckles. Limited to 50 pieces, it costs North of a million bucks. 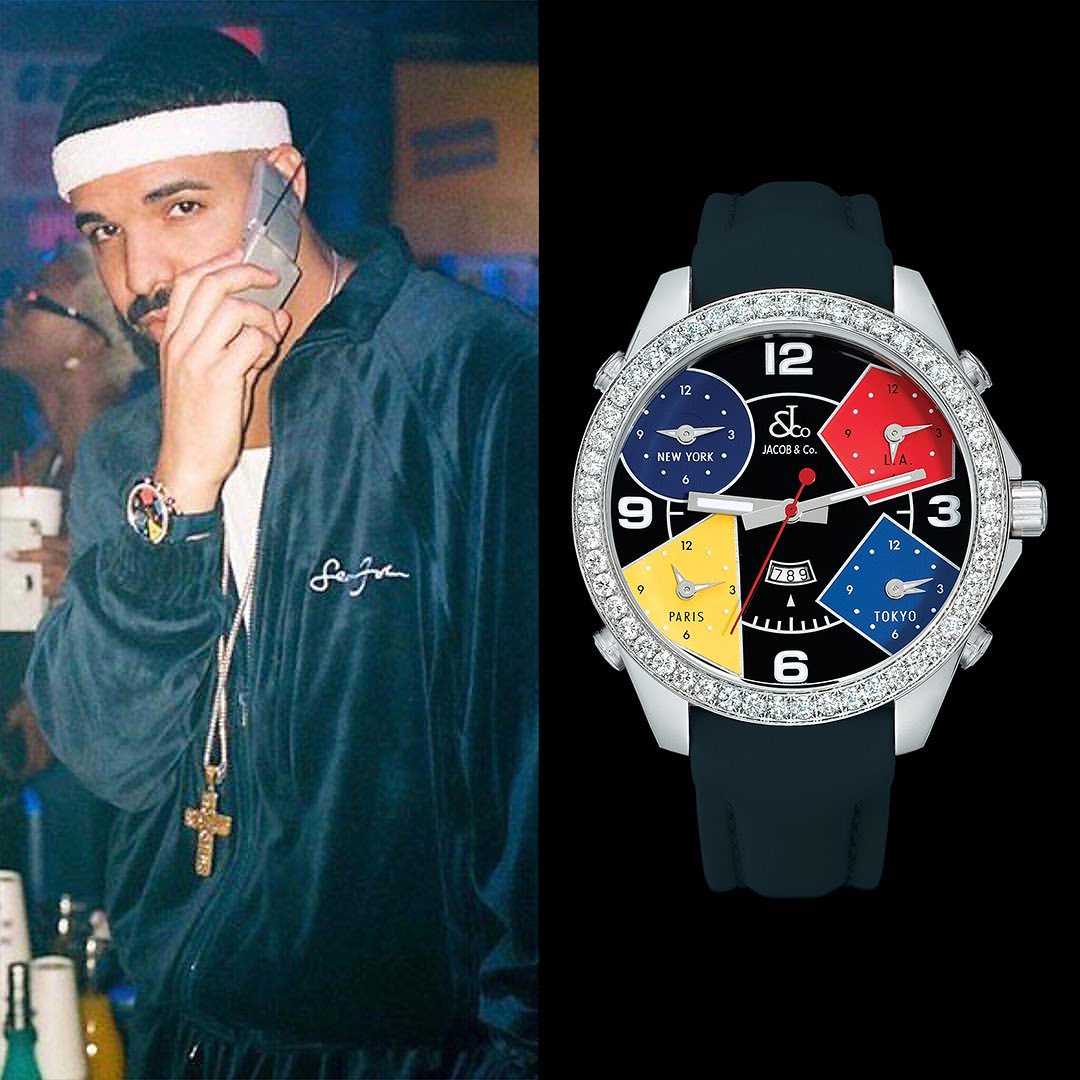 We have reason to believe that DJ Khaled gifted Drake this Jacob & Co. timepiece as a token of their friendship. Anyway, as the name suggests, the watch indicates the time in five zones using five dials, each a different colour. It also boasts a diamond bezel, a black dal base and a date window at 6 o’clock. Fetch you a cool $20,000. 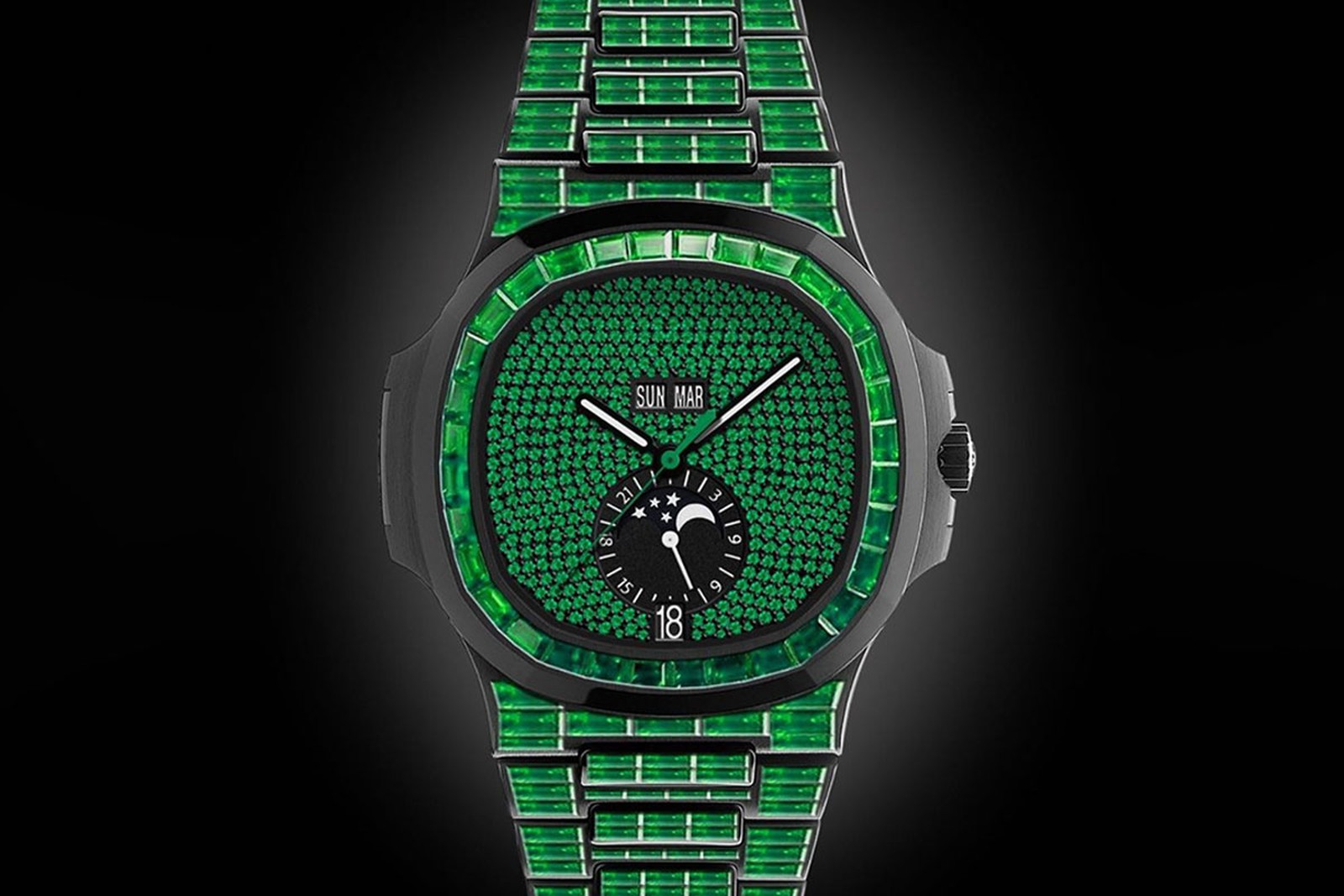 Redesigned my menswear juggernaut, Virgil Abloh and French fashion house, Mad Paris, this one-of-a-kind Patek Philippe Nautilus 5726 slates in fully encrusted with green emeralds. The timepiece is also admired by many other rappers for its unique make and trim. It also features an annual calendar and moon phase complication. Perhaps the most exclusive piece from Drake’s watch collection.