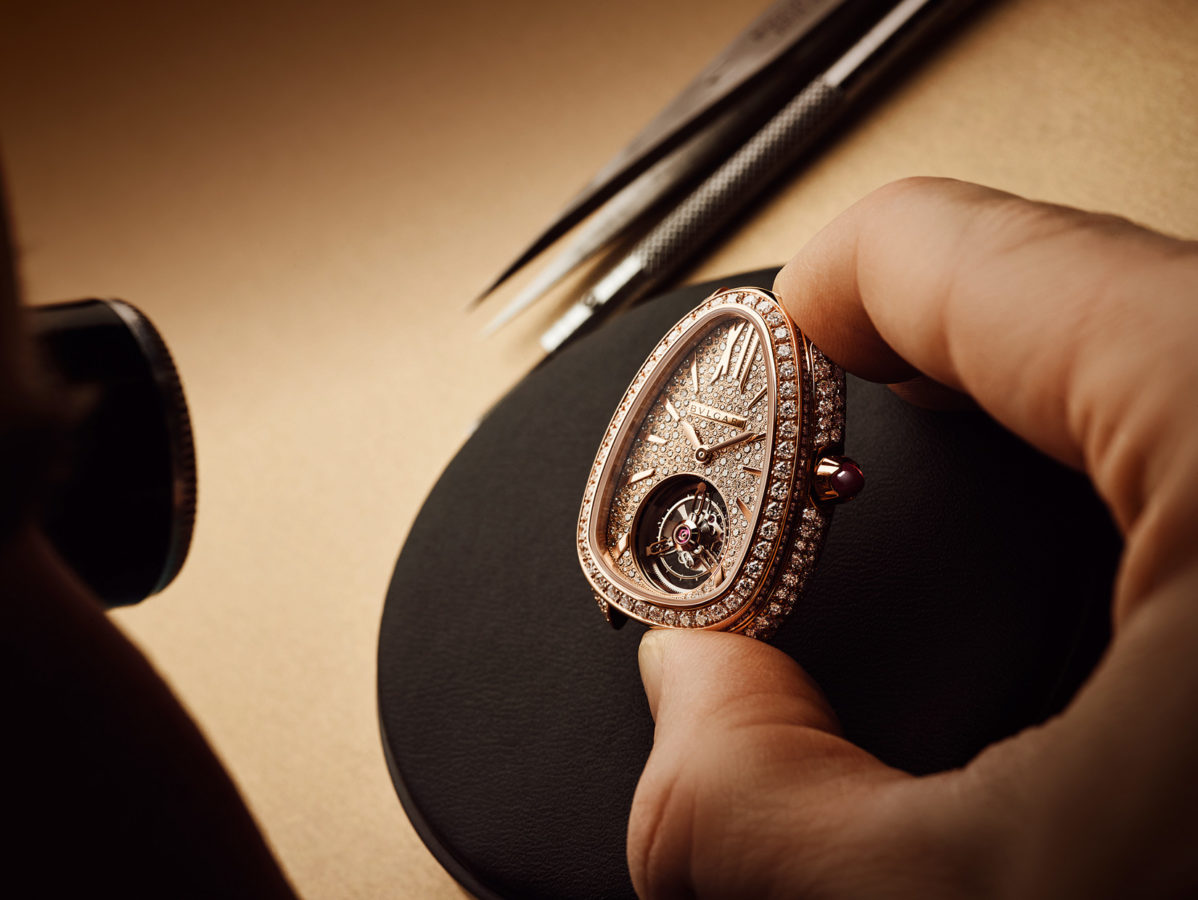 Hublot to Bvlgari, these are the best new timepieces currently on our radar

Style
Hublot to Bvlgari, these are the best new timepieces currently on our radar
Share this article
Next article

As we begin another year of watchmaking extravagance and master-craftsmanship, we’re already seeing a handful of notable novelties and we’re only two weeks in. As a tiny preview of what we’ll be seeing later, at this year’s grand haute horology fiesta, we’ve kept inventory of some of the most eye-catching novelties and the best new watches we spotted this January.

The Serpenti Sedutorri arrived in India just two months ago, and we’re already looking at its next luxe iteration. Being the most petite tourbillon an elegant woman can wear on her wrist, the Bvlgari artisans have also offered a brand new movement, the BVL150 Caliber that boasts a  40-hour power reserve.

To fit such a delicate movement inside a small case, the rhodium-plated BVL150 was engineered and designed around the aesthetics of the Serpenti Seduttori – most watchmakers typically design the watch around the tourbillon instead. The two variants studded with 50 round brilliant-cut diamonds on their bezels and 166 round brilliant-cut diamonds on their dials, adding to the allure of this watchmaking novelty.

It’s quite intriguing how Hublot haven’t really had a steel-strapped Big Bang in almost 40 years. Today, the day has finally come, where Hublot finally took a major stride in luxury sportwear and brought to us the Integral Big Bang Editions. With two standard variants – Titanium and King Gold, the Black Ceramic Special Edition is limited to 500 pieces. All three variants, running purely automatic with a calibre HUB1280, boast a 72-hour power reserve. Adding to its sporty allure, it boasts a chronograph and a date window at three and six o’clock respectively. Take note: The upcoming Integral Titanium Pave Edition will definitely be one of the best new watches to cop this year.

Zenith has celebrated their collaboration with Land Rover every single time they debut a new luxury chariot. Latest from their offerings, is the Land Rover Defender, a cross breed of city-street elegance and off-road brawn. Cased in grey titanium, the dial shares the same tonal aesthetic with its triple sub-dial chronograph, a sporty feat. All of this powered by a El Primero 9004 automatic calibre, that boasts a 50 hour power reserve. Limited to 250 pieces.

Panerai recalls the evocative thousand-year tradition of the Chinese Zodiac with the new Luminor Sealand, a special edition created to anticipate and accompany the Year of the Rat which will officially start on the 25th of January 2020. Limited to just 88 units, this novelty is decorated using the ancient technique of sparsello. In terms of aesthetics, the dial features a date window and a second’s sub-dial, keeping it very subtle. The timepiece also runs automatic with a three-day power reserve. Undoubtedly one of the coolest collector pieces and best new watches this month.