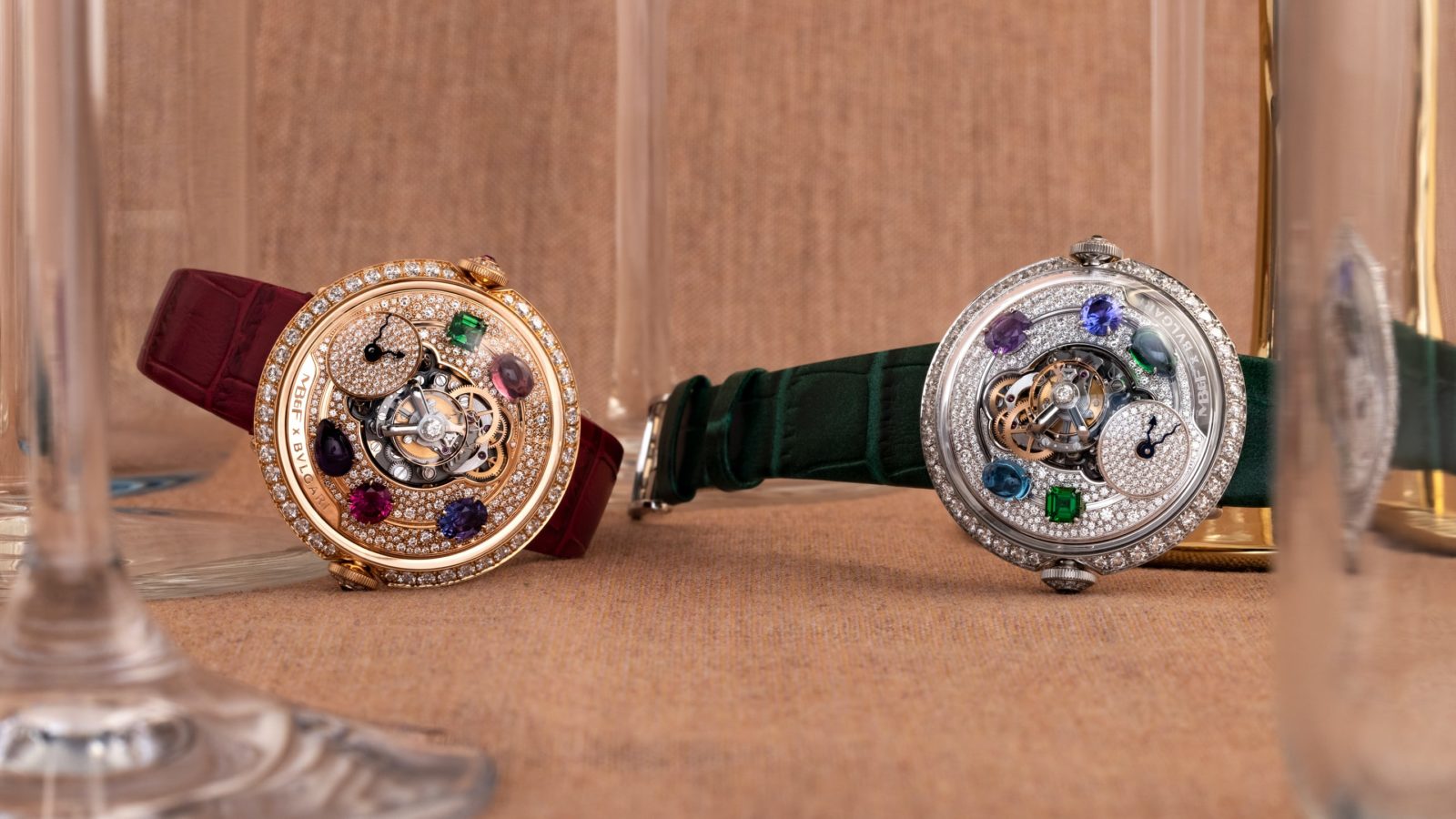 Mechanical maestro, MB&F, and Italian luxury connoisseur, Bvlgari presented a magnificently iced-out iteration of the FlyingT, which seemingly stole the show at the Dubai Watch Week 2021. We got our first glimpse of the Flying T (‘T’ as in tourbillon) back in 2019 which was designed for women who desired the same degree of horological complexity as that of a man’s watches. While so, it arrived in two variants, a cool diamond-set bezel and case and a diamond pavé dial. 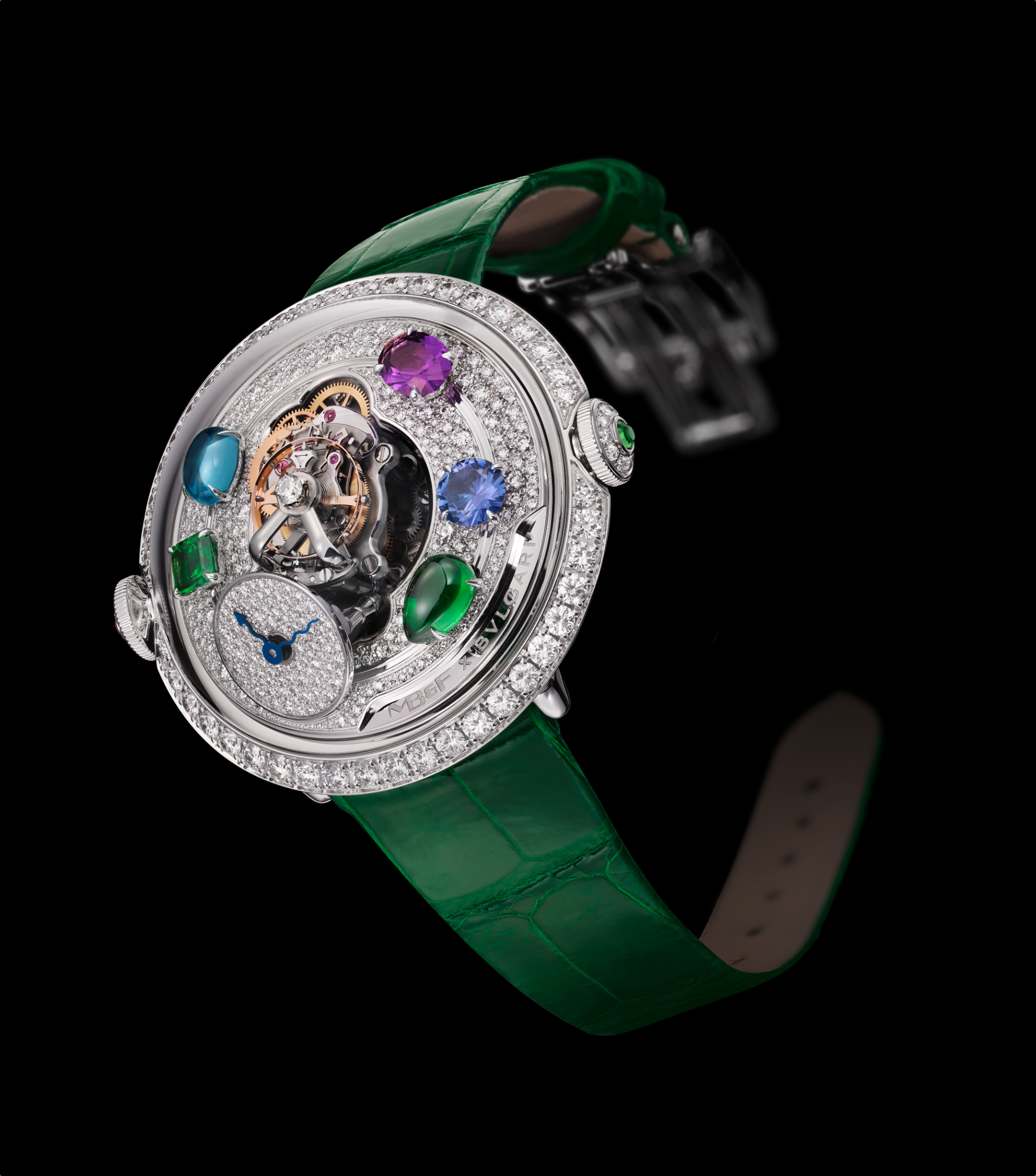 Even though the timepiece was quite the spectacle, MB&F’s fans thought it’d be nicer without all the ice. The good men at MB&F granted their wishes by teaming up with Kari Voutilainen over a guilloché. And so, we saw a much cleaner version of the FlyingT in February of 2020. Fast forward 21 months and Bvlgari arrive into the scene with their effervescent Roman repertoire and penchant for precious jewels and shiny stones, swaggin’ out the FlyingT. 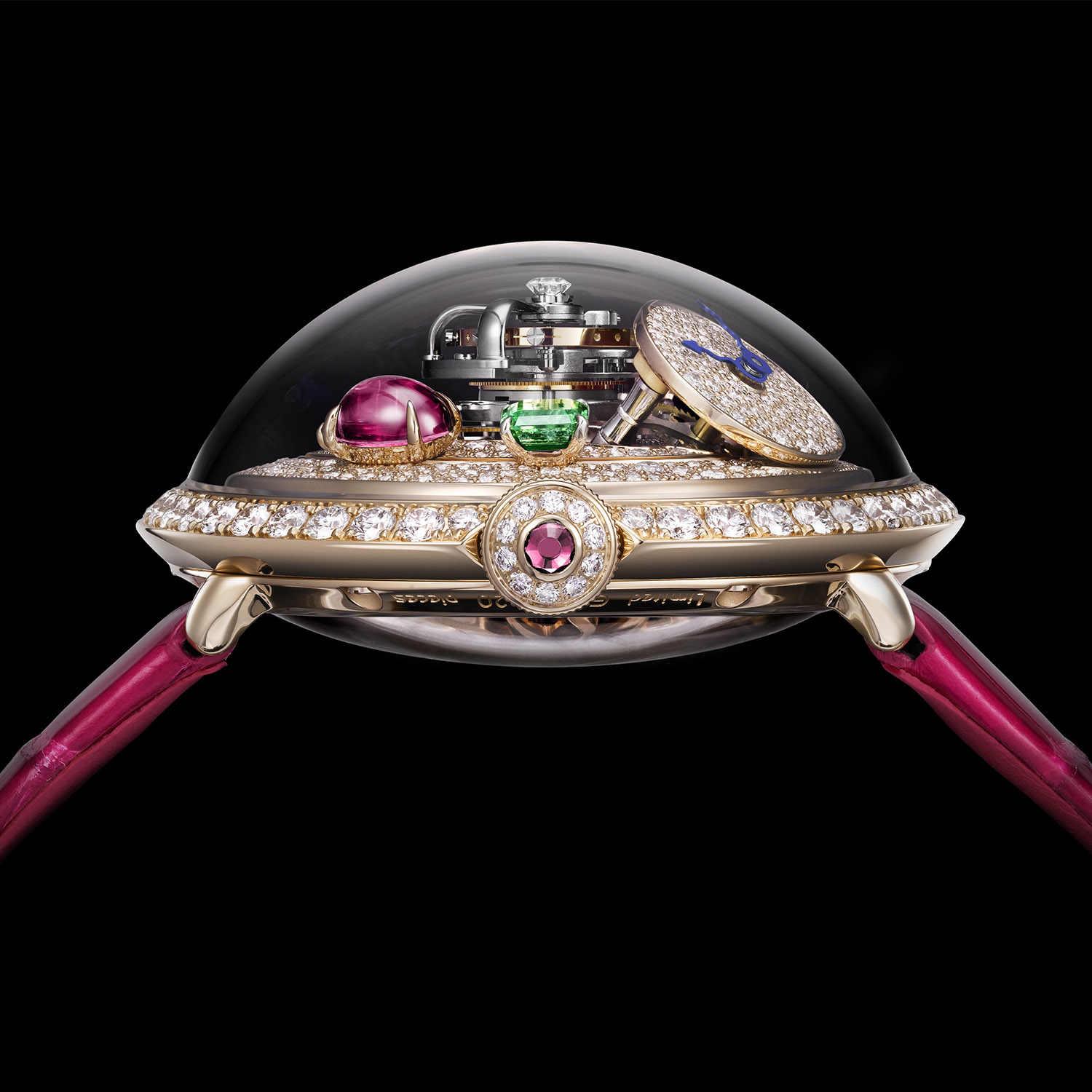 Here’s what impresses us about this MB&F x Bvlgari – We’ve seen plenty of collabs between brands where ‘worlds meet’, and there’s usually a compromise made in the creative direction where a certain brand’s aesthetics overlaps the other’s. But in the case of the FlyingT Allegra, both, MB&F and Bvlgari’s presence here is instantly recognizable and so are their signature aesthetics and designs. It’s such an elegant mix of Bvlgari’s skilled luxuriousness and MB&F’s mechanical poetry.

Arriving in two iterations, white gold and rose gold, both limited to 20 pieces. While both pieces house a medley of tsavorite, amethyst, and tourmaline diamonds, the rose gold model actually uses a single round rubellite gem too. In case you’re wondering, rubellite is simply a red tourmaline, and also the rarest tourmaline variant to be found. As it appears, MB&F also redesigned the watch case for this collaboration, with the lugs now hiding underneath it. The case sizes in at 39-mm x 20-mm. Buonamassa envisioned the MB&F x Bvlgari FlyingT Allegra as a planetarium where the vibrant gemstones are planets revolving around a central tourbillon. 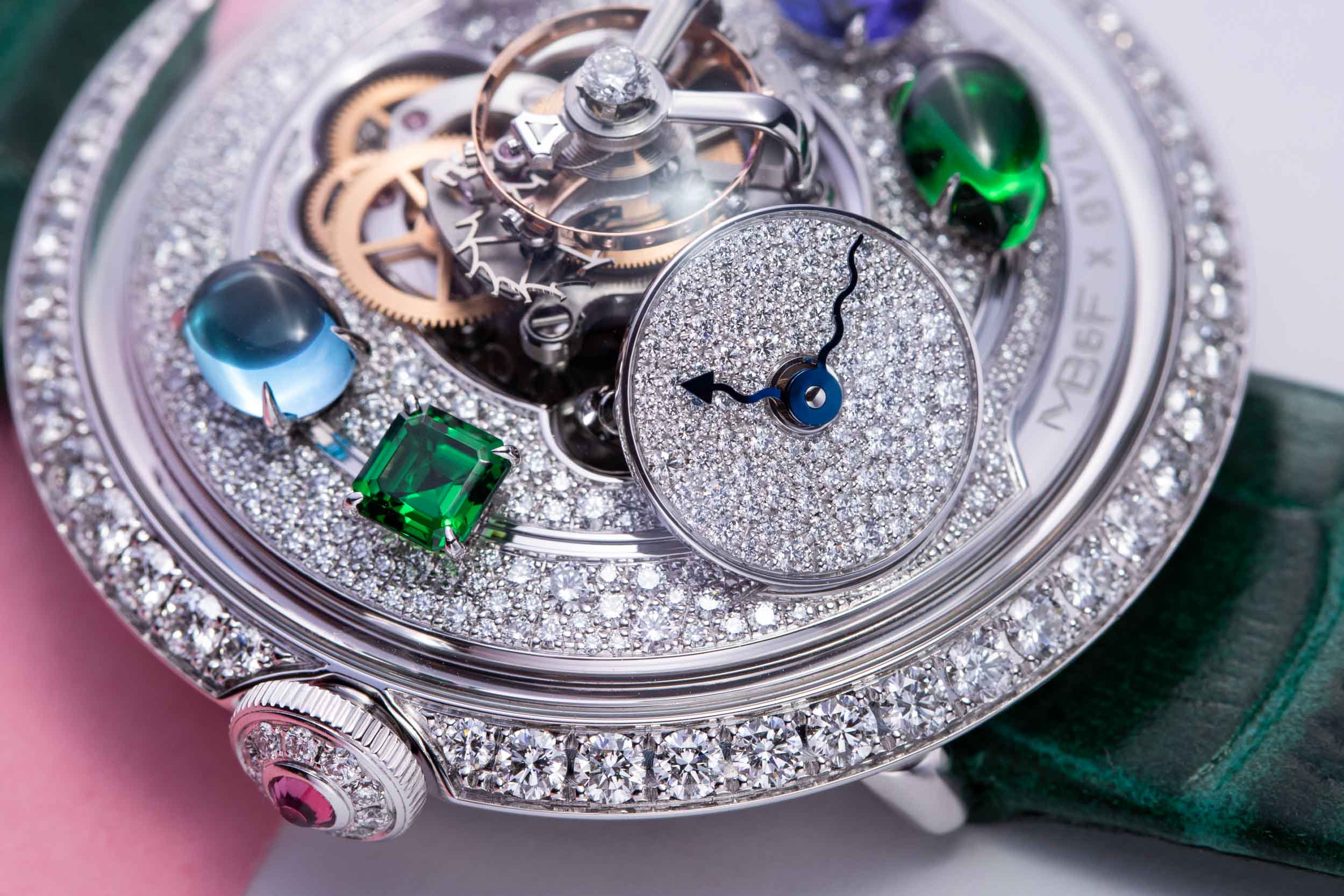 When it comes to the mechanics and movement, not much has changed from the staple FlyingTs. With a self-winding calibre underneath, the flying tourbillon resides up top amidst the diamonds. We also see a tiny skeletal window that puts the winding rotor and the train components on display. In case you’re wondering, yes, the dial is slightly titled, and can only be read correctly from the viewpoint of the one wearing the piece. The movement offers a power reserve of 100 hours with a 60-second flying tourbillon and a sun-motif winding rotor.

While only 20 will be made in white gold and red gold each, the MB&F x Bvlgari FlyingT Allegra is priced at $185,000.