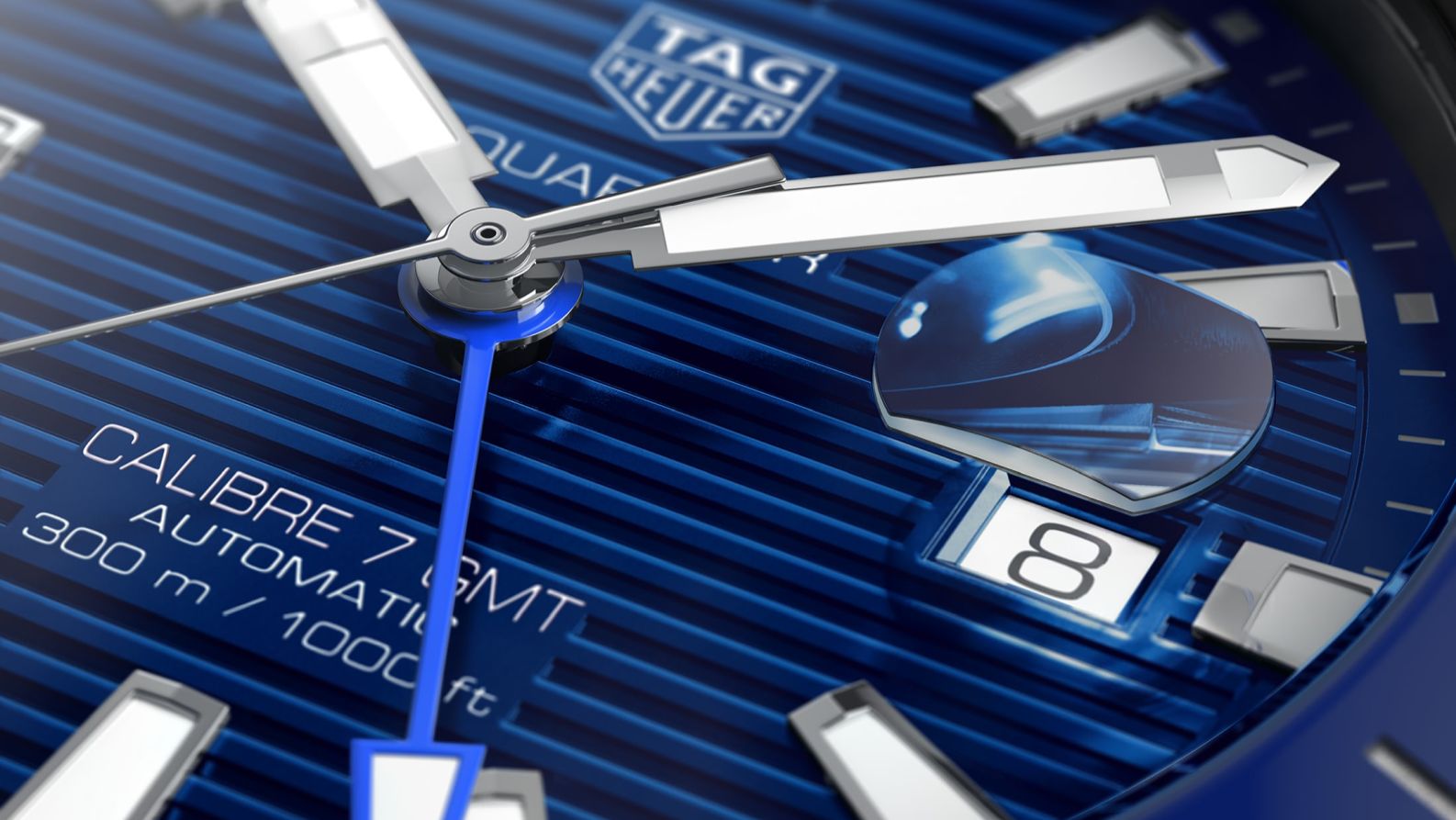 Reminiscent of a certain Dark Knight-themed Rolex, the newest addition to TAG Heuer‘s Aquaracer family is a travel-ready GMT, decked out in classically understated shades of black and blue. While there’s some resemblance to the look that’s been so massively a part of the GMT-II’s appeal over the past few years — specifically, the 126710BLNR — it’s difficult to argue that this release is a carbon copy. That’s because, choice of colours aside, the new Aquaracer GMT takes its cues from the ocean (rather than the sky).

TAG opted for a ‘keep it simple stupid’ approach to the bezel: this one takes the form of an aluminium insert, with the split between nighttime/daytime hours denoted using black and blue respectively. Granted, this is the one aspect of the Aquaracer’s design that is most cribbed from Rolex; though once you start examining the case work, major differences are quickly revealed.

The angular lugs slope into the case wall, and yield relatively large surfaces (full diameter clocks in at 43mm) for hi-contrast application of brushing and polishing. Along with the geometrically-shaped 24-hour bezel, this helps the Aquaracer project an image that’s a good deal more aggressive than your standard GMT-II. The dial contributes to this overall sharpness with broad hands and brutish lume plots, the latter of which lend a cool poolside hue to the sunburst-finished ridges underneath. Should you wish to confirm the veracity of this comparison in person, the Aquaracer’s 300m depth rating is more than capable of handling whatever the average pool throws at it.

As is customary for the collection, this new Aquaracer is powered by the Calibre 7 — TAG’s in-house take on the reliable, widely employed ETA 2893-A2. The operating specs on this movement are all fairly respectable — you’ll get 46 hours of power at full wind — though by far the biggest boon is the integration of a quick-set function. That means wearers are able to independently move the GMT hand: something that should prove handy if you’re a bit lethargic when it comes to winding crowns.

The new Aquaracer GMT will make its India debut in the second half of 2020 and be available at select TAG Heuer boutiques.