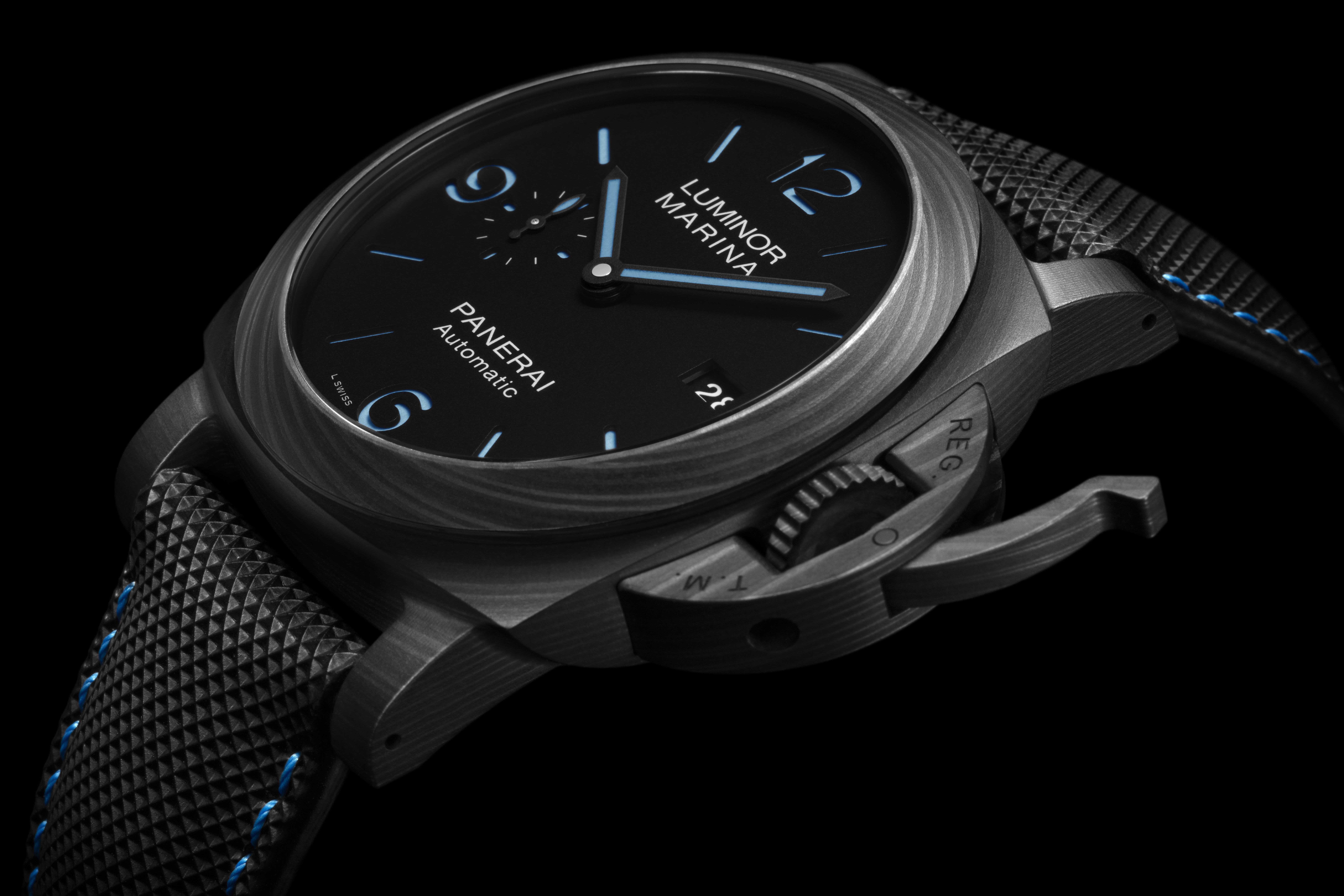 The two most prominent uses of carbon fibre in recent times: The body of the world’s most expensive car, Bugatti La Voiture Noire, and almost every space station orbiting the Earth. And now, a form of this can be worn on your wrist courtesy the new Panerai Luminor.

Continuing the endeavour started by the Italian brand’s original LAB-ID Luminor in 2017, the all-new Panerai Luminor Marine Carbotech (ref. PAM 1661) is truly a one-of-a-kind timepiece that promises power and precision. What started off as a Lab-ID experiment with the Panerai Luminor 1950 Carbotech turned out to be a serious novelty in recent watchmaking, and now it’s been reinvented. 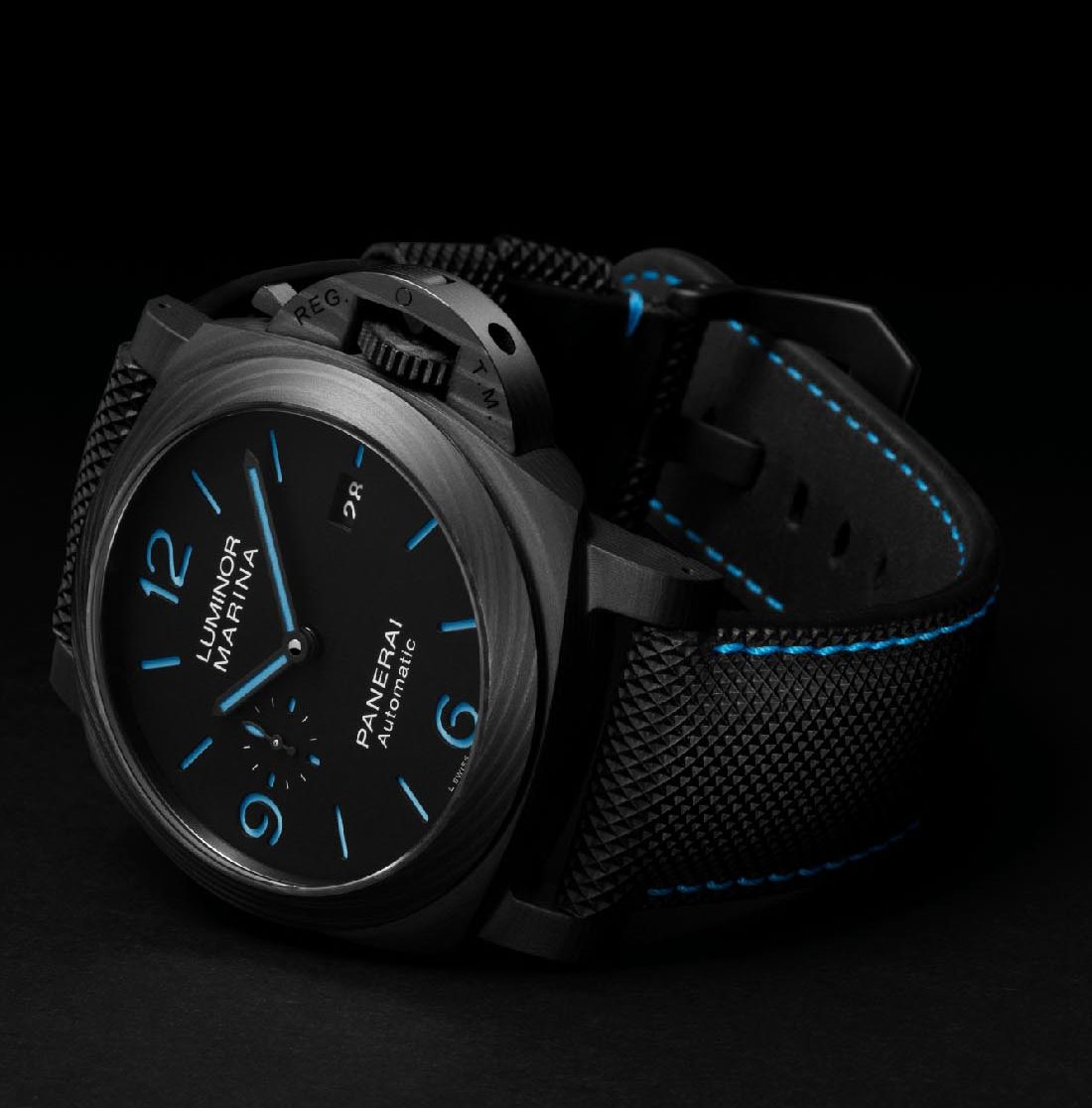 What is Carbotech? It’s a carbon fibre-based composite that’s made by compressing thin sheets of carbon fibre at high pressure with a high-end polymer. This compression between the polymer and the carbon fibre creates a wave-like aesthetic. In case you’re wondering how heavy all of this might be on one’s wrist, it’s just under a kilogram. It is impressive as it’s lighter than titanium, stronger than steel, and also scratch resistant. And another feather in its cap, it’s half the weight of a standard steel-cased Panerai Luminor watch. 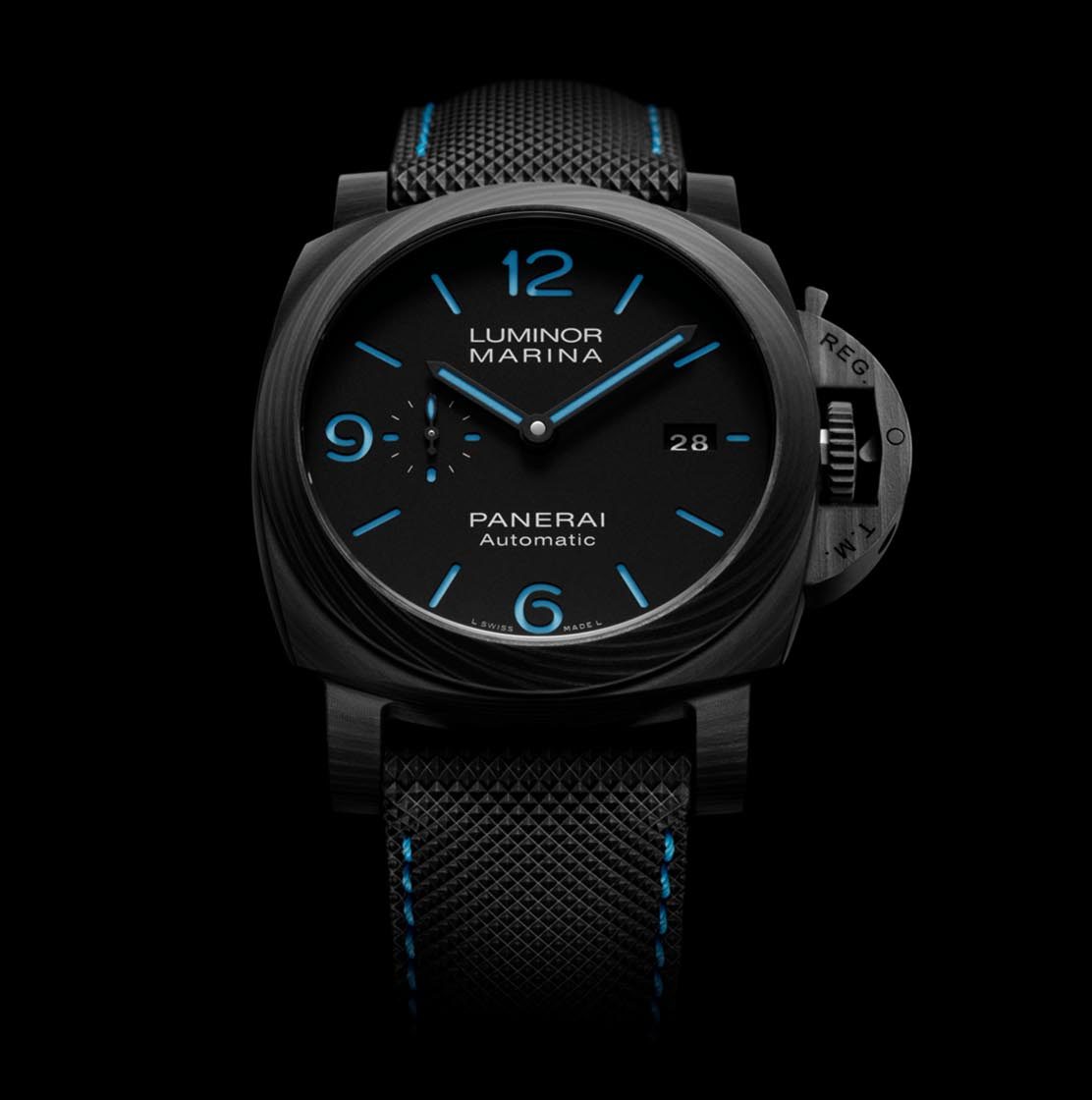 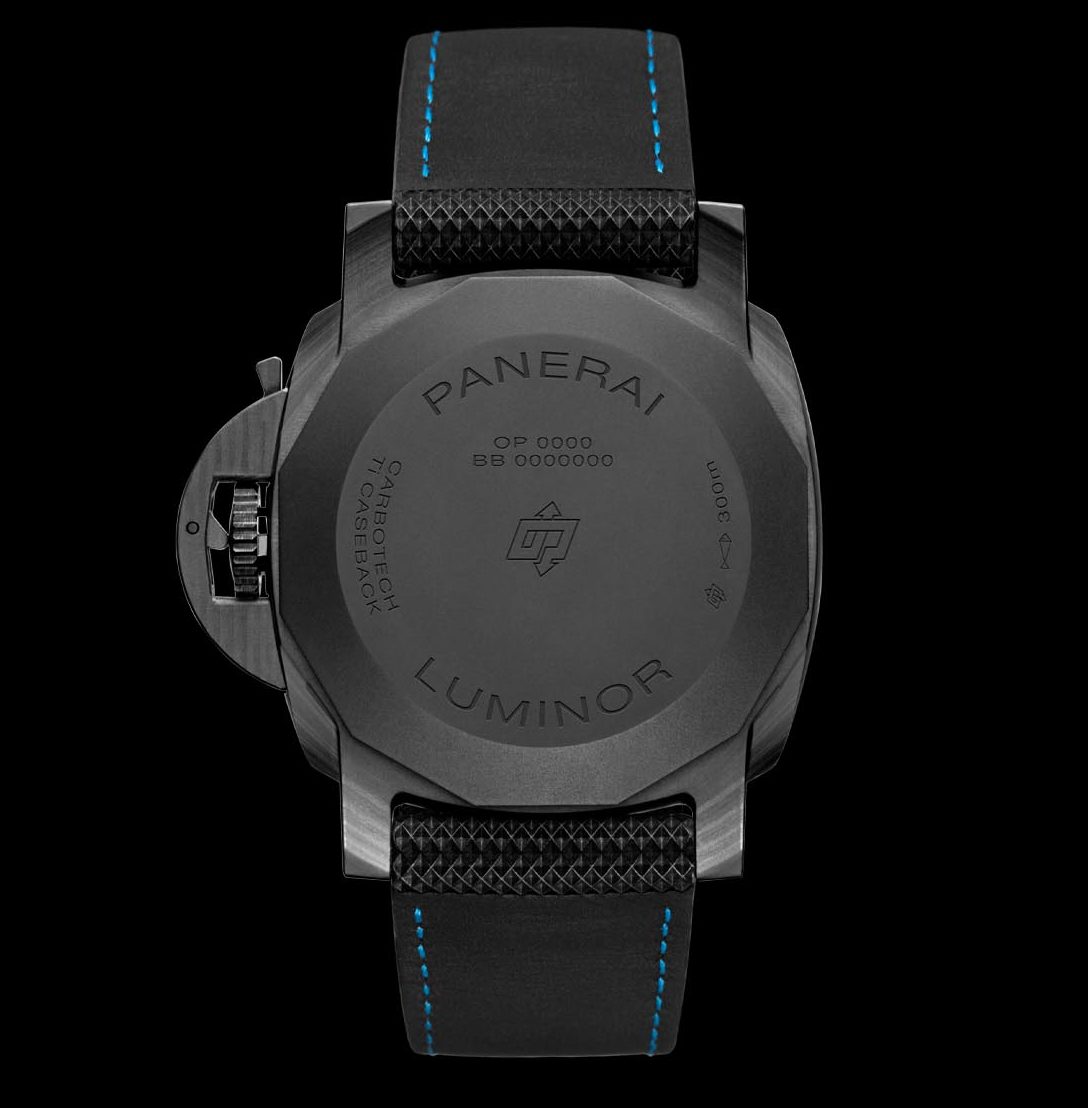 Powering the watch is the P.9010 Calibre, an in-house automatic movement capable of a 72-hour power reserve, and used often throughout Panerai’s Luminor collection. This movement features a hacking seconds mechanism and an uncommon, independently adjustable hour hand, which makes switching time zones a much simpler affair without having to alter more sensitive minutes and seconds hands. Adding to its robustness is Kevlar-crafted Panerai’s Sportech™, which straps all of this together.

The Panerai Luminor Marina Carbontech is currently available at all Panerai boutiques across India, priced at Rs 10, 25,000.