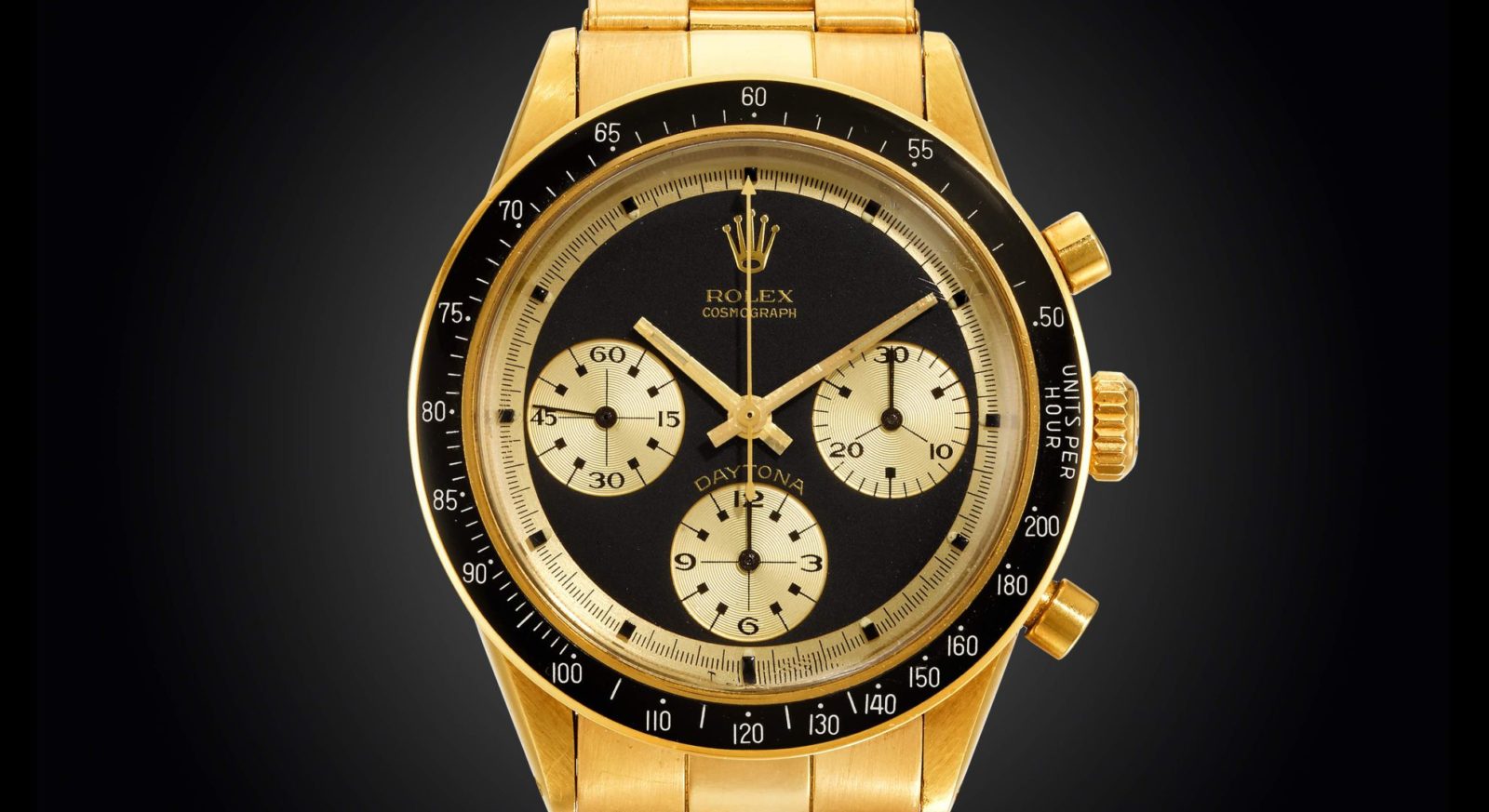 Style
Rolex Daytona, the most expensive watch ever sold in an online auction
Share this article
Next article

Last week, Sotheby’s broke its own record by selling the most expensive watch in the UK, Rolex Daytona. The news comes as yet another feather in the cap for vintage Daytona collectors around the world.

Named for the livery used by Lotus Formula One team cars from 1972-1986, the ‘John Player Special’ (JPS) is widely regarded as one of the most sought after and rare variations on the standard 6264 Rolex Daytona. The current example, sold by Sotheby’s UK office last Friday, was valued at an initial range of £320,000–650,000 (Rs 3.1 cr – 6.3 cr approx). But, as is so often the case, pre-auction estimates proved conservative — with this particular JPS hammering in at a final price of £1,215,000 (Rs 11.9 cr approx) million inclusive of buyer’s premium).

In the course of selling this particular Ref. 6264, Sotheby’s managed to break a number of meaningful records that go beyond ‘most expensive watch in an online auction’. For one, it now holds the title of priciest wristwatch Sotheby’s has ever transacted in the United Kingdom. In addition, the £1.2 million (Rs 11.7 cr approx.) price tag also establishes a new benchmark for the JPS Daytona variation. In an unexpected turn of events, the most recent Daytona sale continues an upward trend for the 2020 auction season. Earlier this June (in spite of persistent coronavirus concerns), Phillips’ annual Geneva sale managed to net somewhere in the ballpark of Rs 246 cr approx. — an impressive feat gave the state of Switzerland’s watch industry and the European economy at large. I guess those commodity traders were right: In times of crises, go for gold.

Southpaw special: Six best watches out there for left-handed gentlemen