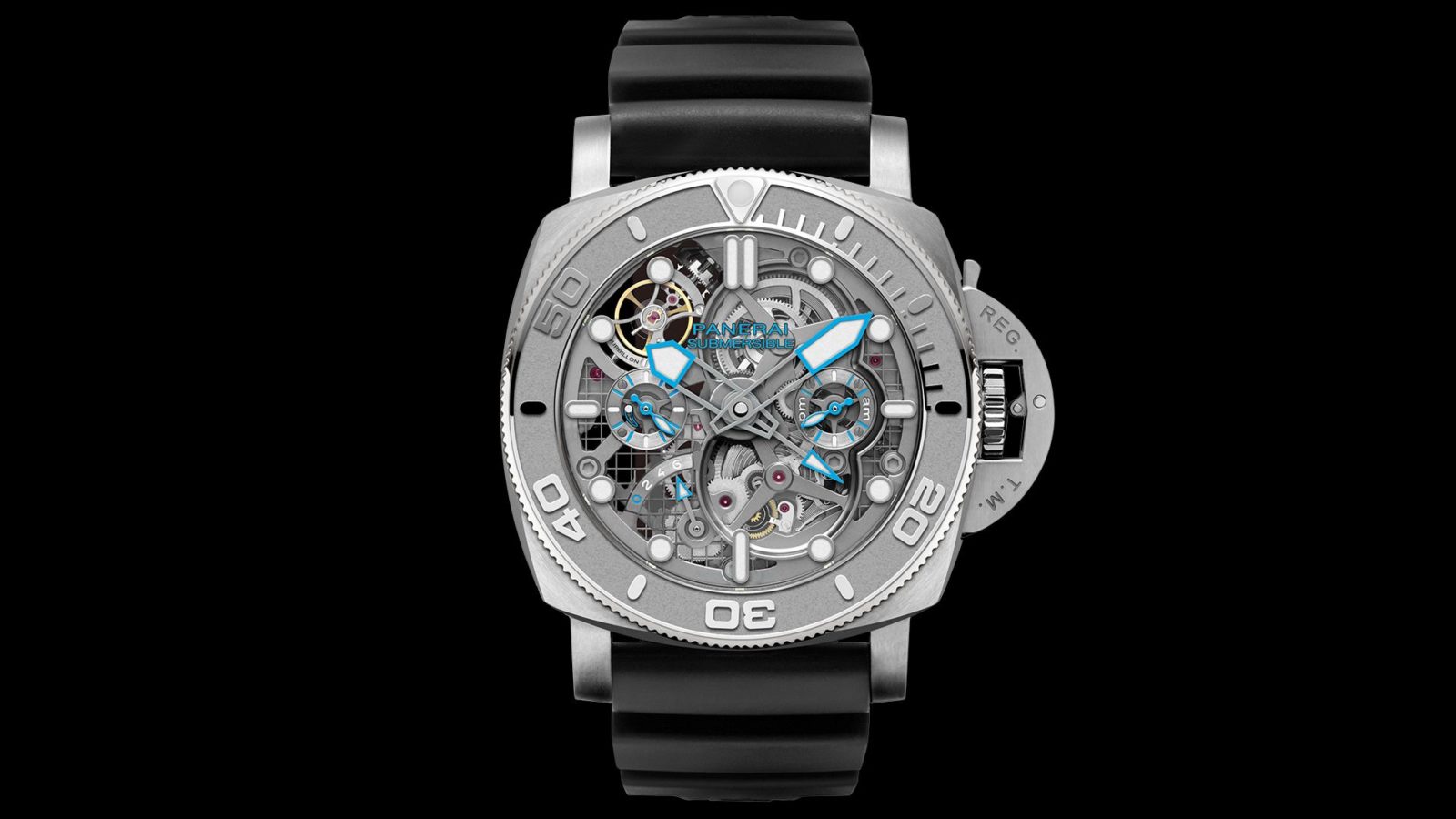 Continuing the celebration of the glow-in-the-dark Luminor’s 70th anniversary and embracing the spirit of Arctic exploration, the Italian watchmaker introduces their latest novelty, and it’s limited to only five – The Panerai Submersible EcoPangaea Tourbillon GMT Mike Horn Edition.

As the quintessential diving watchmaker, it’s a known fact that Panerai only crafts skeletal tourbillon watch on special occasions. But this time, the celebratory timepiece also comes with a promised adventure. Five lucky owners of this limited edition Panerai Submersible will embark on an Arctic expedition with famed explorer Mike Horn. Moreover, Panerai has taken serious measures to ensure that this intricate timepiece isn’t as delicate as it looks. It’s crafted not just as a novelty but also as an expeditionary tool. 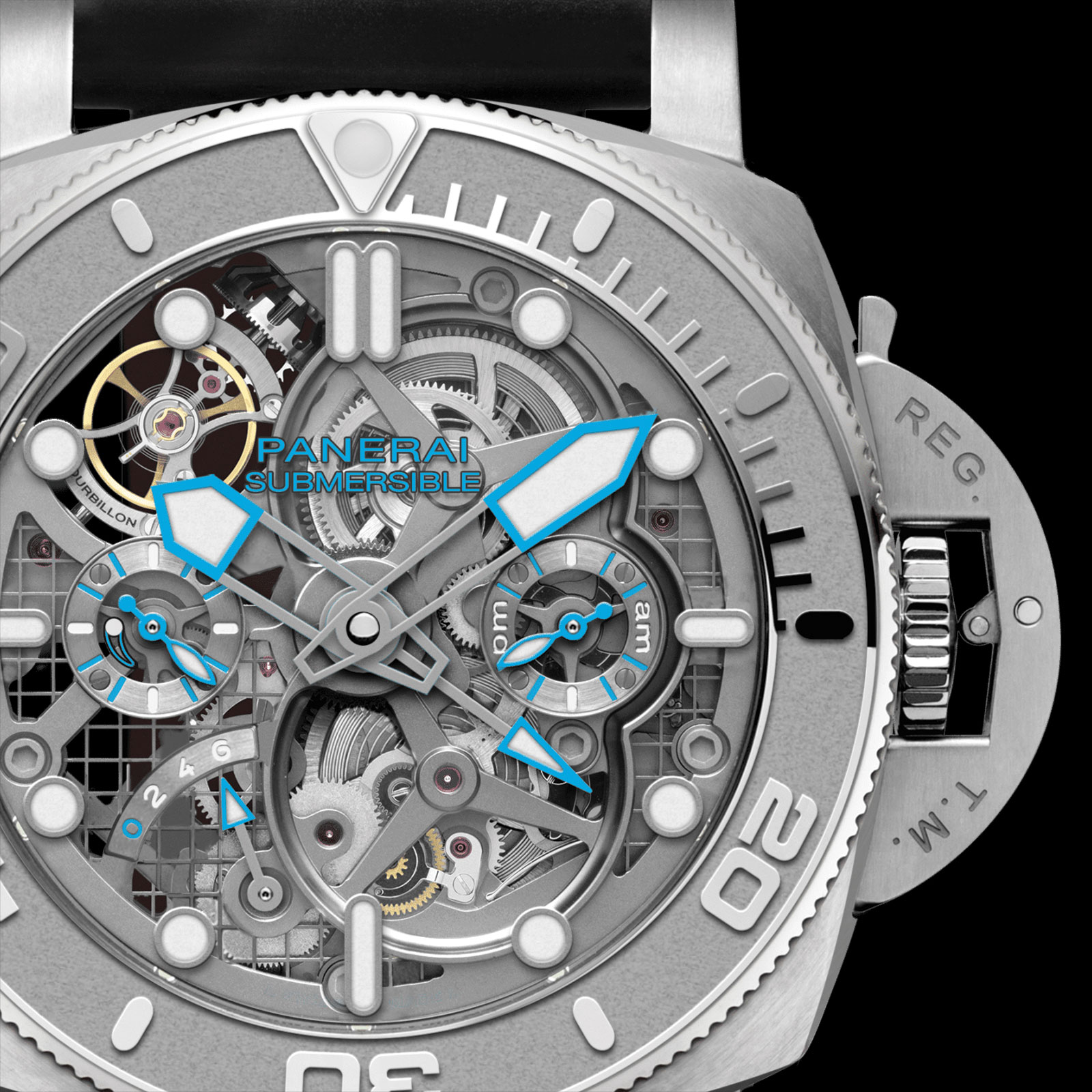 The EcoPangea Tourbillon GMT hits the mark by creating a nexus between the watchmaker and the explorer. The case, crafted out of EcoPangea, is a Panerai exclusive high-tech material that’s been recycled from the 35-meter drive shaft of the Pangea, Mike Horn’s sailing ship. This adds a truly intimate touch for sailing and diving enthusiasts, and collectors. It’s a personal souvenir from Horn’s expeditionary history. The trip too will feature a day in the life of Mike Horn, testing one’s physical limits while exploring the alien Arctic world and its extreme climate. 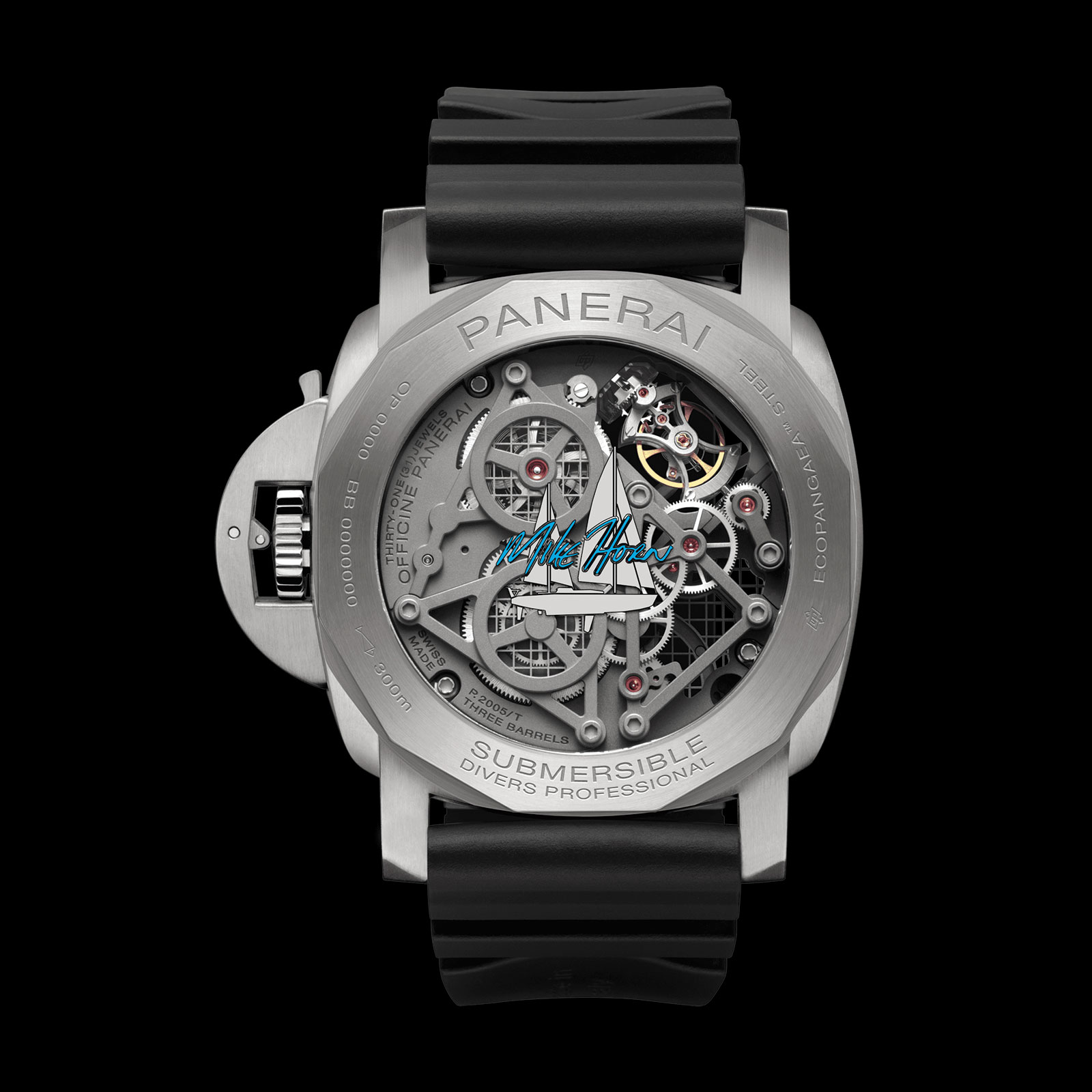 Back to the Panerai Submersible, the 50-mm case houses a titanium movement, the P.2005/T in pure skeletal elegance. The timepiece boasts three barrels, responsible for offering a generous six-day power reserve. The dial uses splashes of blue Luminor tech on its hands and sub-dials for mid-night navigation. 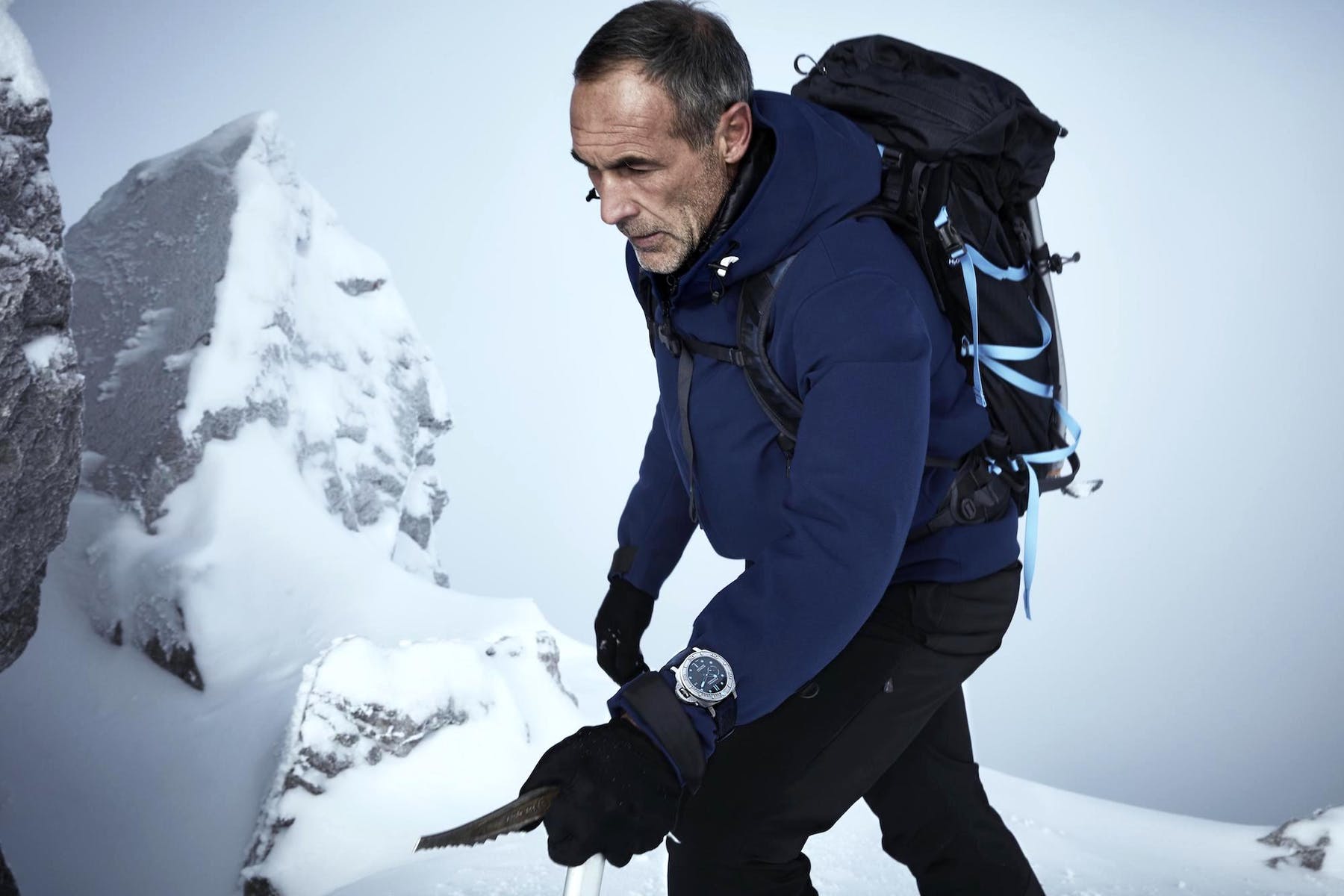 As a unique feat, it comes with an AM/PM indicator, a power reserve indicator and a GMT function, making it a true navigator’s watch. Flip the watch over and you’ll still see the watch’s skeletal beauty, added with the touch of Horn’s signature. The cherry on top is the tourbillon that runs perpendicularly up-high at 10 o’clock. In furthering its ability to withstand elements, the watch comes standard on a rubber strap, equipped with a second black strap made from recycled PET material with anthracite stitching and Velcro closure.

The Panerai Submersible EcoPangea Tourbillon GMT is one of the watchmaker’s most exclusive, as only five will be made. It’s worth $190,000 (Rs 1.4 crore approx).