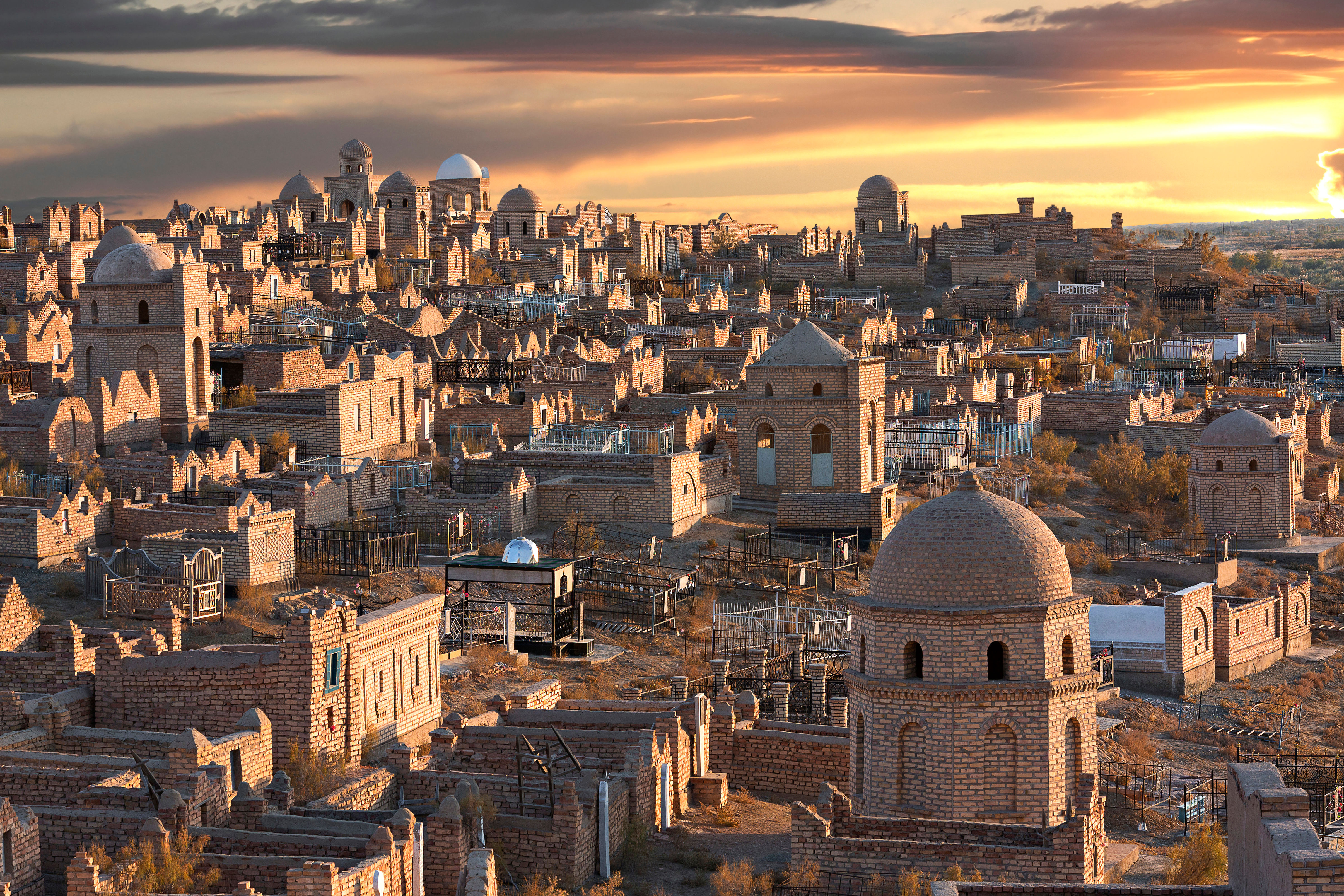 The daily news comes with a daily dose of anxiety — apocalyptic hints of climate change, terror attacks, cyber meltdown, and whatnot. In this rush, we are missing paying attention beautiful places of cultural and historical importance. The New York-based outfit World Monuments Fund released its 2020 World Monuments Watch list recently, a biennial selection of heritage sites in need of conservation efforts. More than 250 sites were nominated by communities and individuals for travel bucket list 2020, further whittling it down to 25 by heritage experts based on historical significance, social impact, and level of threats facing the sites. The 25 sites span 21 countries and date from prehistory to the 20th century. Check out the places that have made it to our travel bucket list travel 2020.

The cultural landscape of Koutammakou made it to the UNESCO world heritage site list in 2014. Located in northern Togo, extending into neighbouring Benin, this place is celebrated for its historical mud tower-houses (Takienta) that symbolise social structure in the sweet embrace of nature.

The Easter Island of Chile may be a mystery but its silent moai statues speak volumes about mankind’s prehistoric legacies. This triangular-shaped park became a UNESCO world heritage site in 1996. Isolated and untouched, this island should be on your bucket list.

France, along with the rest of the world stood still in 2019 when Notre-Dame de Paris and its 800 years of resilience came crumbling down in ashes. Currently undergoing restoration, it is one of the finest examples of French Gothic architecture and a must-visit.

Inaugurated in 1971, the Ontario Place is an entertainment theme park spread across three artificial islands offshore. Closed since 2012 for redevelopment, the site is accessible without admission. It houses the world’s first IMAX movie theatre Cinesphere, Trillium Park, Budweiser Stage, and other leisure facilities.

Located in Ahmedabad in Gujarat, this is one of India’s premier stadiums that has witnessed abundant matches, and star athletes grace its ground. The stadium is currently undergoing reconstruction, to become the world’s largest cricket stadium.

Originated in the late 19th century, this flamboyant Victorian-esque architecture represents the spirit of the Haitians. Although this is not the first time it’s made it to the WMF list, it was added in 2010 before the earthquake and again in 2012.

Laid out on the north-eastern side of the country, Tusheti houses rich and extraordinary biodiversity and dangerous roads. It’s one of Georgia’s least explored locations and one of eight protected regions since 2013.

For centuries, India has developed extraordinary ways to harness groundwater by building underwater tunnels, in the form of karez, qanat, or falaj system. Traditional, sustainable Indian methods have found its way to this list to solve growing water crisis.

Mongolia is the epitome of nomadic culture and heritage. Choijin Lama Temple is one of the few surviving monasteries representing their feudal traditions post colonialism. Now a Mongolian national identity, it is struggling to survive in the face of urban challenges.

Japan’s age-old traditions are eye-opening and one such tradition is the Inari-yu bathhouses aka communal bathhouses. Built in 1930, these bathhouses barely made it through the bombing of 1945. With even the young audience losing interest, revival of these bathhouses with modern amenities is well underway.

A port town on the island Shikoku, Iwamatsu holds an important historic and cultural significance due to its historic houses from the Meiji period. With only a few of these houses erect, the goal is to preserve its historic designation for both locals and tourists.

It’s the most important pre-Hispanic waterway built in the Mexico Basin. After sustaining nearby communities and ecosystem for almost 2000 years, it’s become a sign of strength for the people of Mexico who opposed the city’s plan to build a road over it.

One of South Asia’s oldest markets is lined outside the walled city of Lahore in Pakistan. At once, it reeks of the fabled love story of Anarkali and Salim and the India-Pakistan partition under the British rule. Now the locals want to restore its cultural essence that lies behind the historic lanes and shops.

Sacred Valley of the Incas, Peru

Strewn across this valley are the striking remnants of the Inca Empire, which unfolds between Cusco and Machu Picchu. To boast tourism, building a new airport that takes tourists directly to this location sans making a necessary stop at Lima has been in talks. Now that the Chinchero Airport is under construction, both locals and tourists are concerned about this landscape and the surrounding communities.

Myanmar’s beauty doesn’t stop at pagodas, stupas, and monasteries. Its architectural history predates to the colonial period when teak became a vital asset of the monastic rule. Due to modern changes, teak woodhouses are losing value along with cultural efforts of the locals.

UNESCO proclaimed Spain’s historic city Córdoba in 1994. Famous for its courtyard houses and the Fiesta de los Patios—an annual festival that opens its courtyards to public for two weeks during the festival, Córdoba has been pushing locals away from their heritage as tourists take over.

Once a mausoleum created by German industrialist Rudolf Kindler in the early 1900s, the Kindler Chapel is currently a victim of urban revitalisation. It is one of Poland’s culturally significant landmarks in need of the world’s notice.

England is a mirror to what the great inventors, artists, and creators were up to before the world became more democratised. Built in 1877 to carry railroad line across Erewash River, Bennerley Viaduct has been in disuse since 1968. Now the vision is to put this landmark to community use.

While America’s pristine landscapes and vastness are simply breath-taking, some of its areas such as the Bear Ears have been subjected to looting and vandalism, which directly impacts the cultural values of the local tribes and Pueblos. Add this to your list before it officially becomes off the radar.

Once a lucrative sugar economy, this ghost town’s residential area was divided in two sections, Aguirre (Americans) and Montesoria (Puerto Ricans). While the former owned decorative wooden houses, the latter had modest ones. Today, the aim is to cement this gap by educating the locals about wooden construction and uplift their status in the modern world.

The Woolworth Building is not only a historic landmark in Texas but also a culturally significant monument of the African American Civil Rights Movement. Currently shuttered, local authorities are now working with the Alamo and Woolworth Building to underline its forgotten importance.

Traditional Houses in the Old Jewish Mahalla of Bukhara, Uzbekistan

This medieval city on the historic Silk Route is home to almost 140 architectural monuments. While UNESCO proclaimed the city as a world heritage site, traditional Bukharan houses are losing value due to decay and lack of upkeep. This is one destination in Central Asia that’s worth exploring.

Chivas and Chaityas of the Kathmandu Valley, Nepal

Home to hundreds of sacred sites including 7 world heritage sites, Kathmandu Valley still thrives on preserving its age-old traditions. Chivas and Chaityas were erected in the memory of a deceased family member, but soon this tradition gained public spaces. These structures symbolise quality of life.

Alexan Palace’s historical relevance predates to the elites of the ancient city Asyut who built palatial houses in the early 1900s. One such palace belonged to the Alexan family, which the government bought in 1995. Now the aim is to turn it into a museum and preserve the legacy.

The demise of the Mam Rashan Shrine located in the Sinjar district of Iraq is the result of a deadly campaign launched by the self-proclaimed Islamic State in 2014. Post the ISIS battle, the recovery of the Shrine is an attempt to uplift the Yazidis who have been denied equality and recognition.

Travel UNESCO world heritage site Places to visit before they disappear Heritage sites culture travel Bucket list 2020
Harleen Kalsi
Senior Editor
Harleen feeds off her nomadic spirit and incessant shenanigans on the road to stay alive. When not writing, she is busy searching for a good read/art/act.
Travel Culture Nature & Society Art Design
Sign up for our newsletters to have the latest stories delivered straight to your inbox every week.