These are the world’s shortest and longest flight routes

Air travel has undeniably brought the world closer together. Countries separated by vast oceans and expansive forests are just a few hours away from each other if you hop on an aircraft. Some of these routes will have you eating several meals with your co-passengers, while others will barely leave you with enough time to put down your tray table. Here are the shortest and longest flight routes in the world.

As countries put up restrictions to curb its spread, aviation took a massive hit. Flight frequencies reduced, new routes were put on hold, and repatriation flights took precedence over commercial, scheduled ones. That said, as the new wave of the pandemic slowly settles down across the globe, countries are beginning to welcome vaccinated visitors. Airlines have, hence, also begun releasing their rosters for scheduled flights that had ceased operations due to COVID-19.

Based on statistics from late 2021, we’ve put together a list of the shortest and longest flights around the world. This is subject to change at any point, bearing in mind the rapidly evolving nature of aviation and international travel. 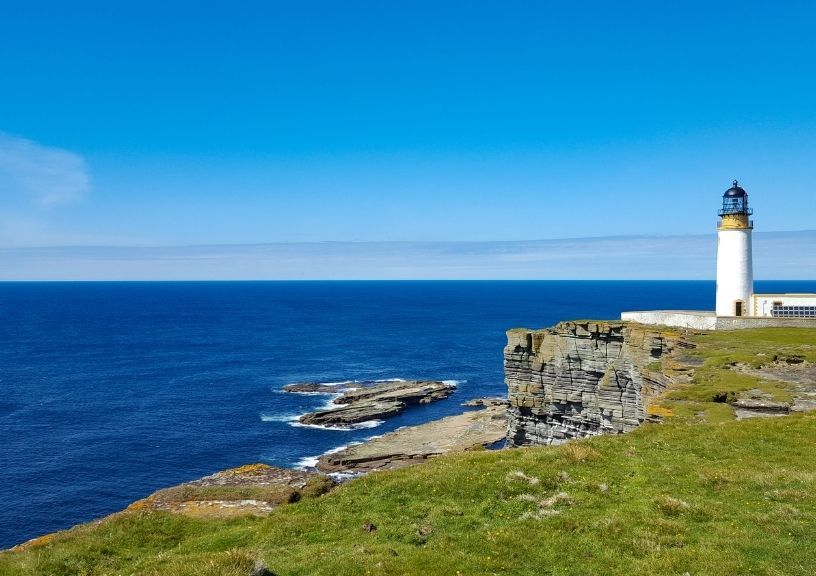 The world’s shortest flight goes between two Scottish islands, namely Westray and Papa Westray. The 2.74-kilometre long route, which has been in operation since September 1967, is listed in the Guinness World Record as the shortest scheduled flight and passengers aboard the Loganair aircraft will get to their destination in just two minutes. If the flow of the wind is just right, this time might be reduced to 47 seconds! The alternative to this route is a bumpy boat ride that takes 20 minutes.

While in Westray, visit the Noltland castle and Wheeling Steen gallery, or just walk around the islands. Papa Westray, meanwhile, has the popular Neolithic farmstead called Knap of Howar. 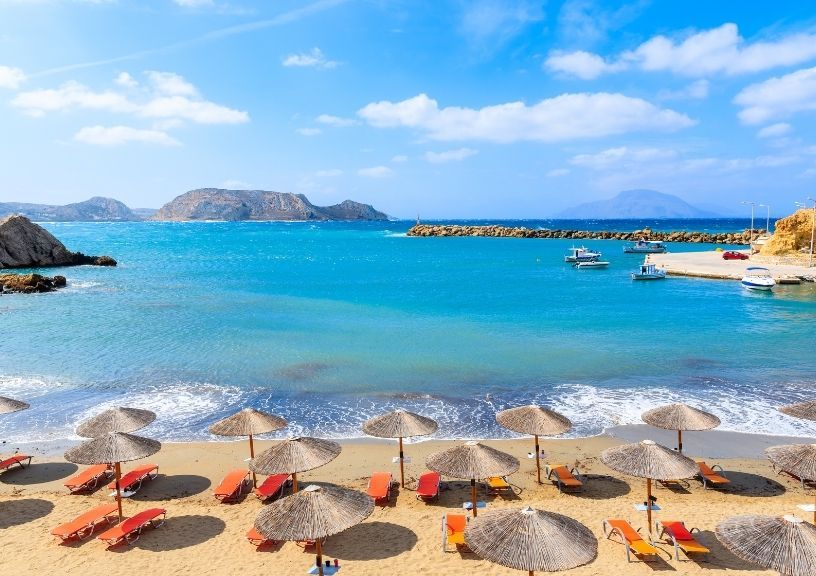 Visitors looking to travel between the Greek islands of Karpathos and Kasos have two options. The first is a 3.2-kilometre ferry ride, which takes about an hour. The other is to take an Olympic Air aircraft that will get them there in just five minutes.

Karpathos is the perfect destination for a relaxing beach vacation and has stunning hiking spots. Kasos has several caves and museums worth exploring. 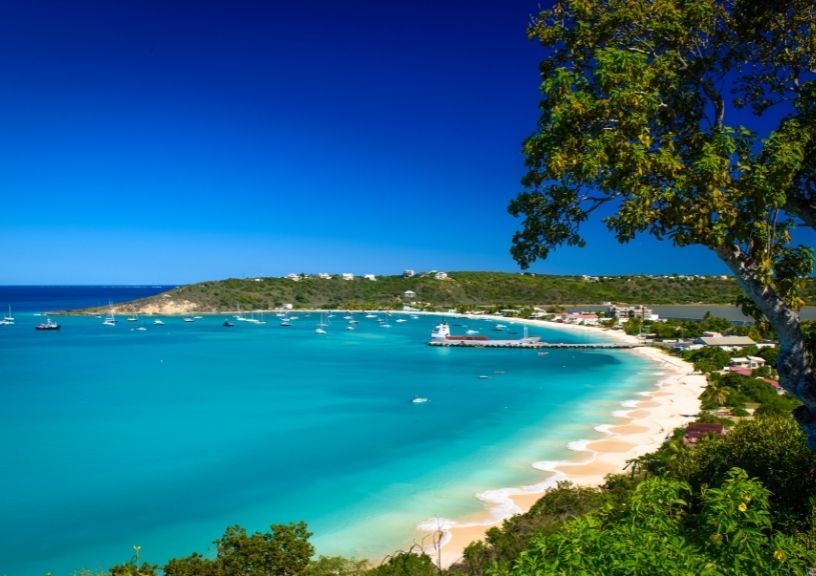 Journeying from Sint Maarten, an autonomous island state within the Kingdom of the Netherlands and Anguilla, a British overseas island territory, takes about 25 minutes by ferry. Travellers can, instead, opt to go through one of the world’s most popular airports in Sint Maarten, Princess Juliana International Airport, known to be great for watching planes fly right overhead. Covering a distance of 19 kilometres, the flight route, operated by Anguilla Air Services, takes just 10 minutes to reach its destination. 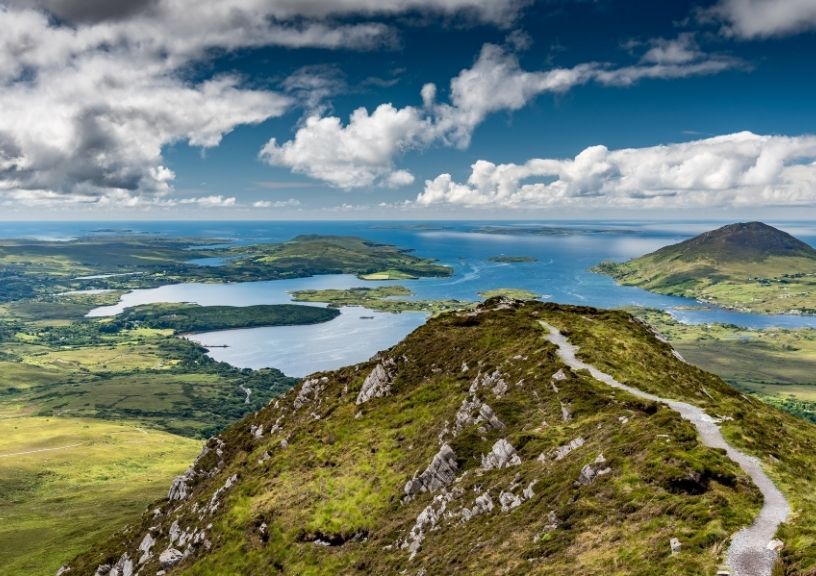 Connemara in western Ireland and Inishmore, an island in the same region, are about 10 minutes away from each other if you head there on an Aer Arann Islands aircraft. The ferry would take you about an hour to get there and usually departs from Rossaveal or Galway, covering 19.5 kilometres.

These regions in Ireland have breathtaking landscapes and offer visitors a glimpse into Irish culture. Connemara is home to stunning castles and national parks, while Inishmore’s top attractions include mediaeval ruins and stone forts. 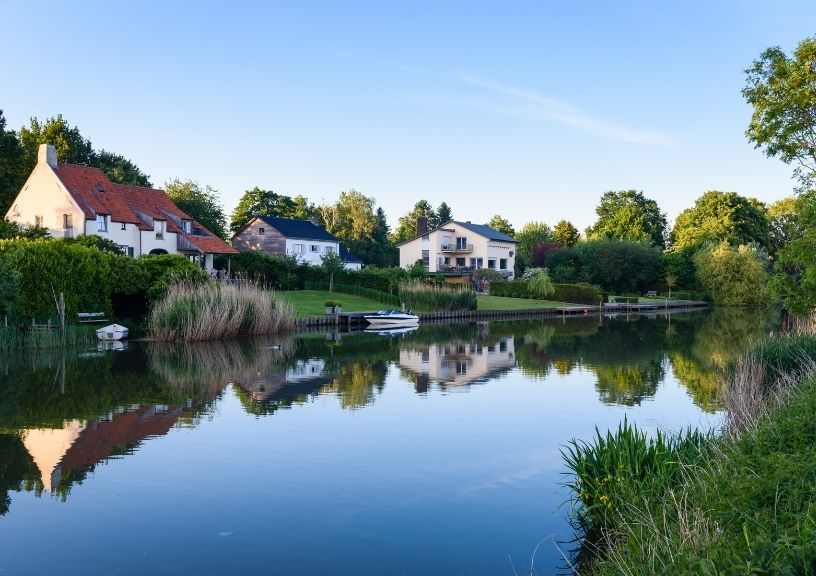 The island state of Sint Maarten makes a comeback to this list for the quick flights that take passengers from the region to the neighbouring Caribbean island of Saba (we’re sensing a pattern here). A ferry would get you to and from both places in 90 minutes (one way). Catch an Air France flight, and you’ll cover a distance of 44 kilometres in just 15 minutes.

Saba is a tiny island in the Caribbean and is largely unexplored. Scuba diving, hiking, and lazing around at the beach come highly recommended. 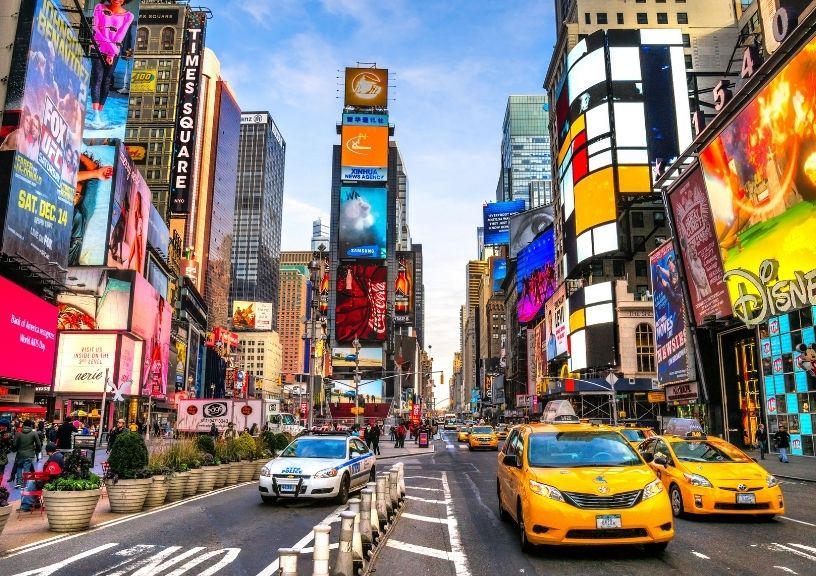 Singapore Airlines operates regular flights to New York, covering a distance of 15, 348 kilometres in about 18 hours and 50 minutes. The aircraft lands at the John F. Kennedy airport in New York and has been in operation since November 2020, as per a report by CNN. 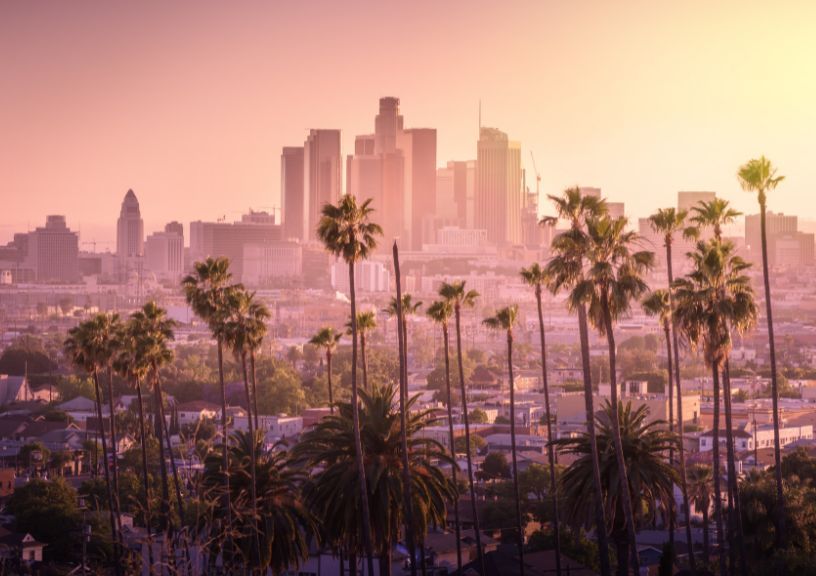 The first flight between Singapore and Los Angeles in the USA took off in November 2018. The distance covered is about 14, 113 kilometres and the Singapore Airlines flight takes about 17 hours and 50 minutes to get you to either destination.

Los Angeles boasts of sunny skies, sandy beaches, and a glimpse into the Hollywood lifestyle. 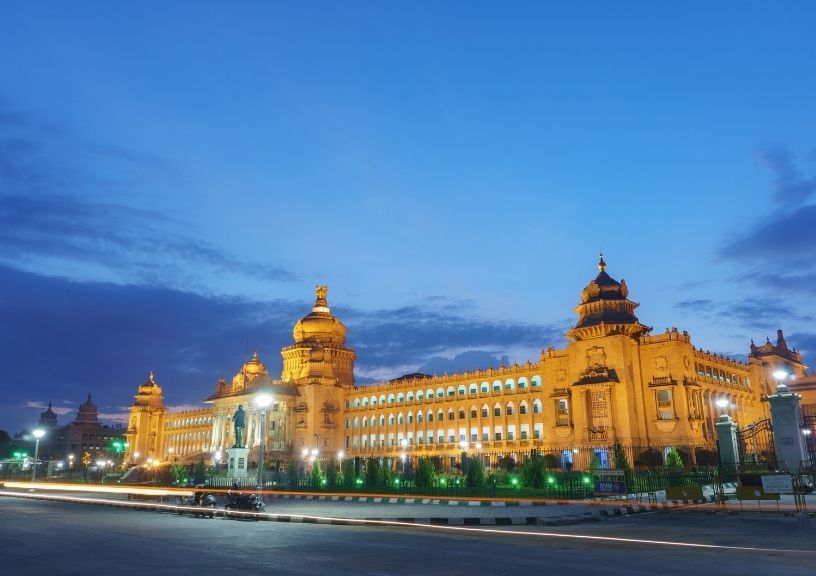 Air India’s first flight on the Bengaluru-San Francisco route took off in January 2021. The distance covered is 14,003 kilometres, and it takes 17 hours and 45 minutes to get to either destination. With Air India’s new management on board, the experience of this flight for frequent flies might change drastically in the coming months.

Bengaluru has pleasant weather throughout the year and is home to verdant gardens, chic bars, and picture-perfect cafes. San Francisco, meanwhile, has an incredible art scene and has shopping districts that offer everything from vintage shoes to designer bags. 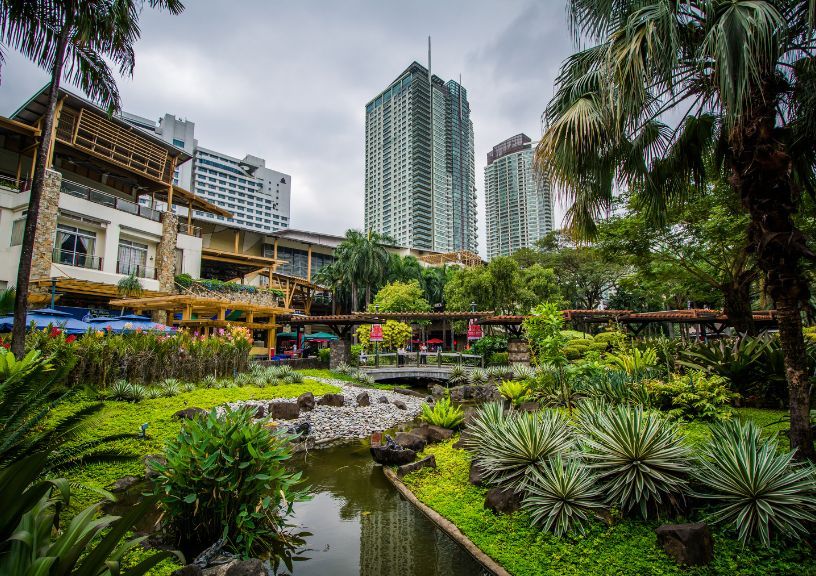 Manila in the Philippines is about 13,712 kilometres away from New York in the USA. On a Philippine Airlines aircraft, it will take you about 16 hours and 40 minutes to cover this distance. The route has been in operation since October 2018.

Manila is a shopper’s paradise with several malls, bargain outlets, vintage stores, and a lot more. 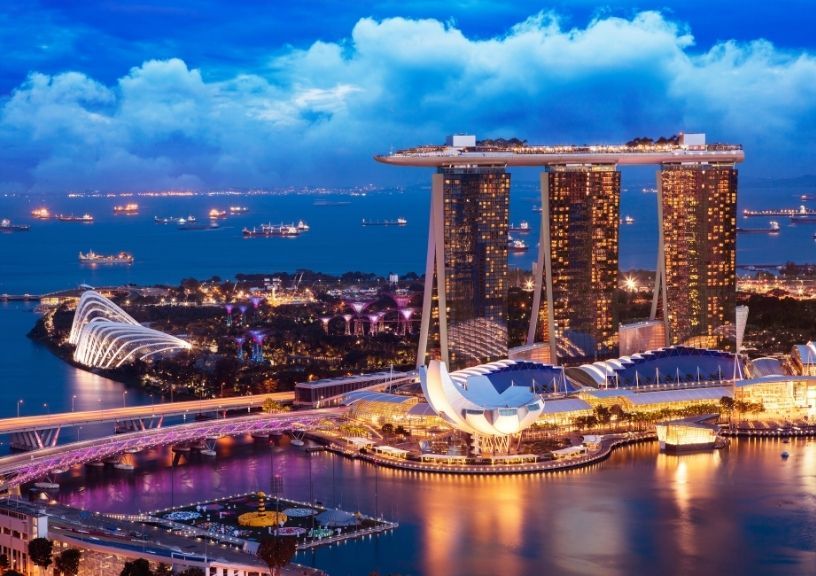 Another Singapore Airlines flight that spans long distances, this route has been in operation since October 2016. It covers a distance of 13, 593 kilometres approximately at a flight time of 17 hours, 35 minutes.

Which of these routes do you look forward to travelling on?

This article was first published on Travel + Leisure India. 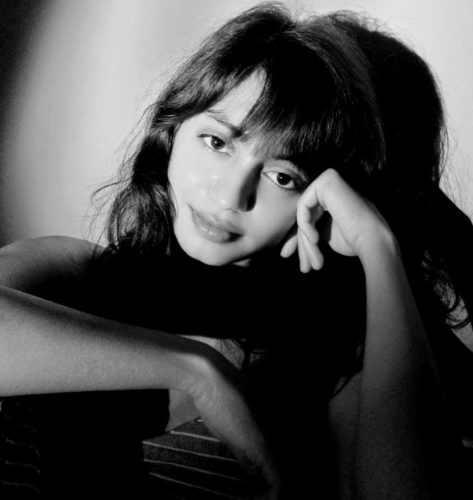