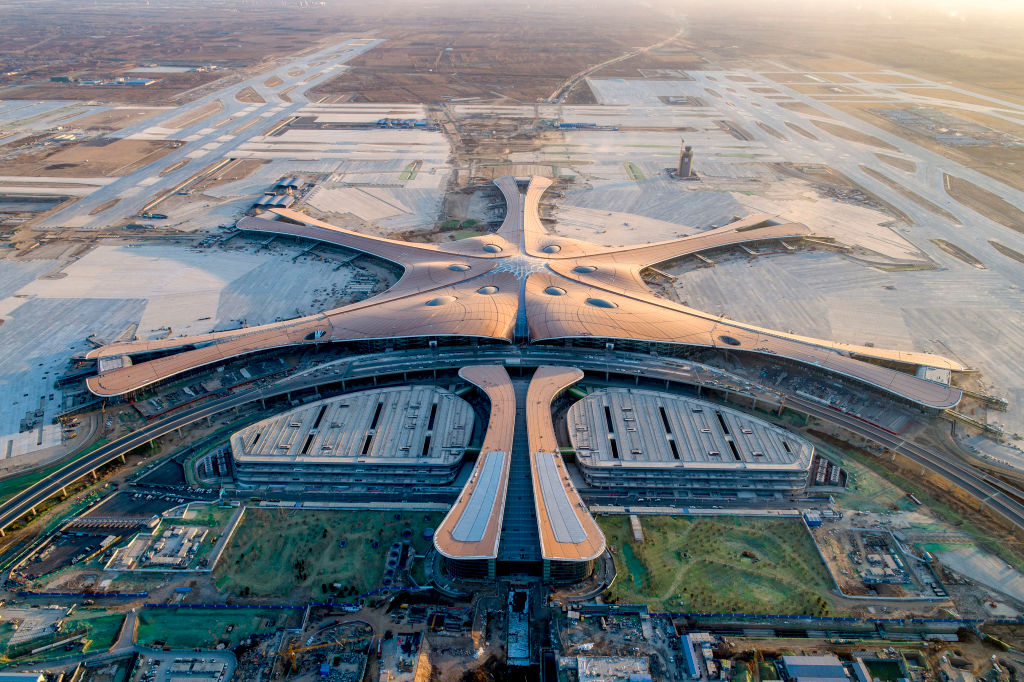 Beijing now has the world’s largest airport, and it looks like a starfish

Travel
Beijing now has the world’s largest airport, and it looks like a starfish
Share this article
Next article

The world’s largest airport, Daxing International, is now open in Beijing. In the making for five years, the airport was finally formally announced as open earlier today by President Xi Jinping, on the occasion of the 70th anniversary of the People’s Republic of China. Spread across a huge 7.53 million sq. ft., it is now the world’s largest single terminal building that equals the size of 98 football fields.

The local media in China has termed Daxing International as ‘Starfish’, on account of its shape. Designed by one of the world’s top architect firms, the airport has been visualised by Zaha Hadid architects, so travellers can expect efficient, engaging design at every corner. The walk time from any security check point to any terminal is no more than eight minutes, despite 78 gates and the gargantuan size.

A capsule hotel at the airport and bullet trains that get you to the main city in 20 minutes will help ease connectivity and stop-over stays. The idea of Daxing International had come about in order to ease the air traffic at Beijing’s existing international airport, the Capital International Airport. While the latter already handles over 100 million passengers a year, the former is also predicted to get there gradually. For now, the new airport aims to service 112 countries by Spring 2020, get 45 million passengers by 2021 and reach 72 million by 2025.

The swanky airport will also feature service robots that will circulate throughout the terminal. These will help passengers with periodical updates on flights, the weather, any delays, and more information. With a massive budget of US$13 billion, Daxing International is not only taking the ‘bigger and better’ race in air travel to another level, but simultaneously aiding the economic conditions around it.
If there was ever a stop-over you were planning, this is the one to pick next without doubt.

Beijing Luxury Travel Air Travel new airports Best airports Daxing International Airport
Megha Uppal
Senior Associate Editor
An innate love for travel and food has translated into many a trips since childhood for Megha; it also fed her curiosity to know about local cultures. When not writing, she is on the lookout for three things: A great dark chocolate dessert, a beautiful pool where she can practice her backstroke, and art that she can save up for.
Travel Culture Food Drinks

10 weekend getaways from Bengaluru for a quick break from everything