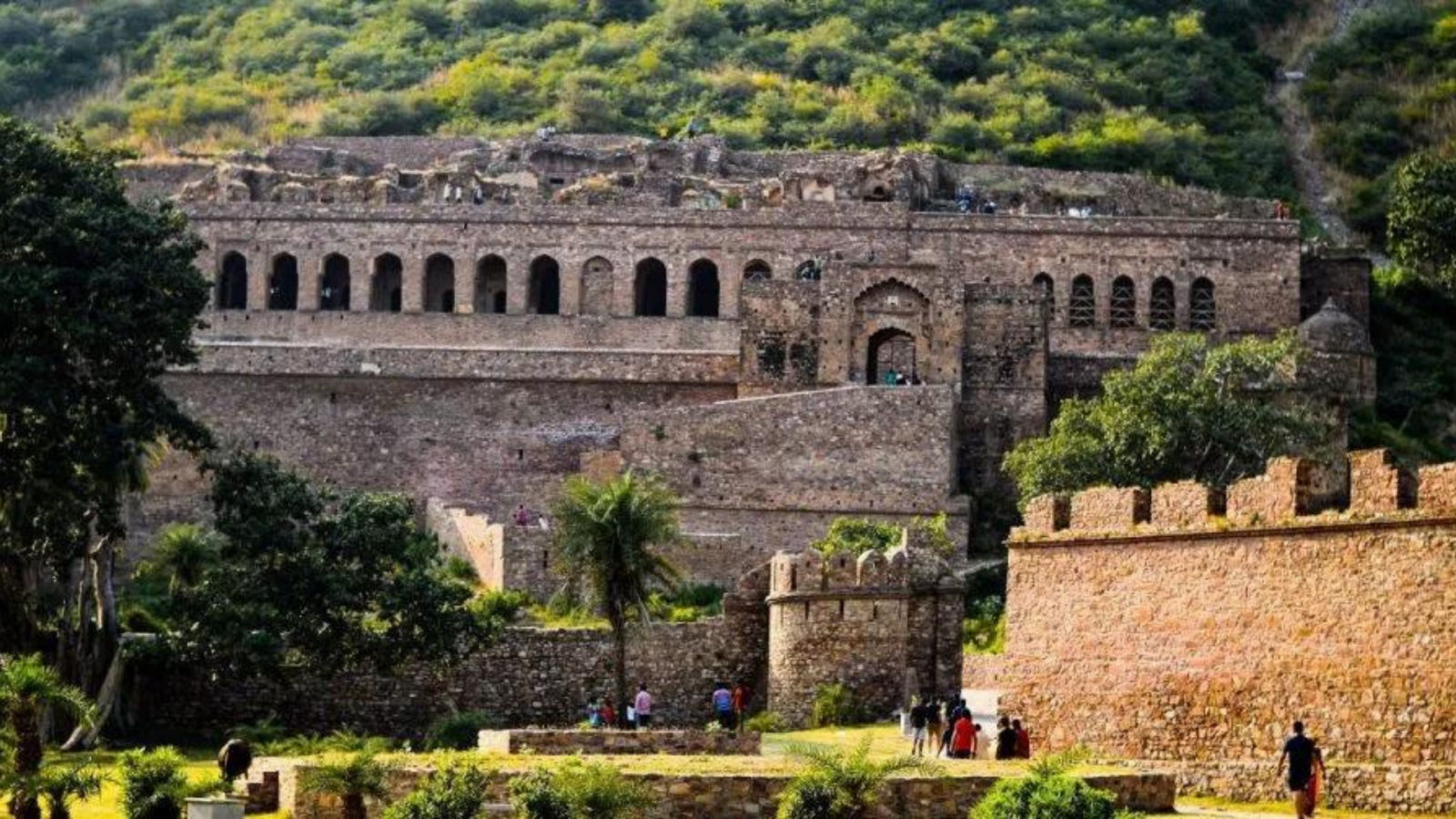 Spooky, mysterious and stories of horror. If this is something that intrigues you, these haunted places in India are some destinations that might pique your curiosity and will send shivers down your spine!

Horror movies are often inspired by real-life paranormal incidences. Stories of ghosts from the past are said to haunt several popular tourist sites across the world. India, being a country filled with ancient historical places, stories of djinns and more, is home to several sites that are said to have ghosts or paranormal activities have been experienced there. Many of these are places of work and worship, while several others are popular tourist spots that people avoid visiting after dark.

There’s a certain thrill in visiting these haunted places. The feeling of being in a place that has some history, whether it be gruesome or mesmerising, plays with the mind in ways like none other, making one feel as if they are part of something greater than themselves. And when it comes to haunted places in India, it’s a feeling that can only be experienced, not told.

So, in case you are someone who loves to visit spooky places and learn more about the history and stories these places hide, these 15 haunted places in India are some that you must visit.

Haunted places in India to visit 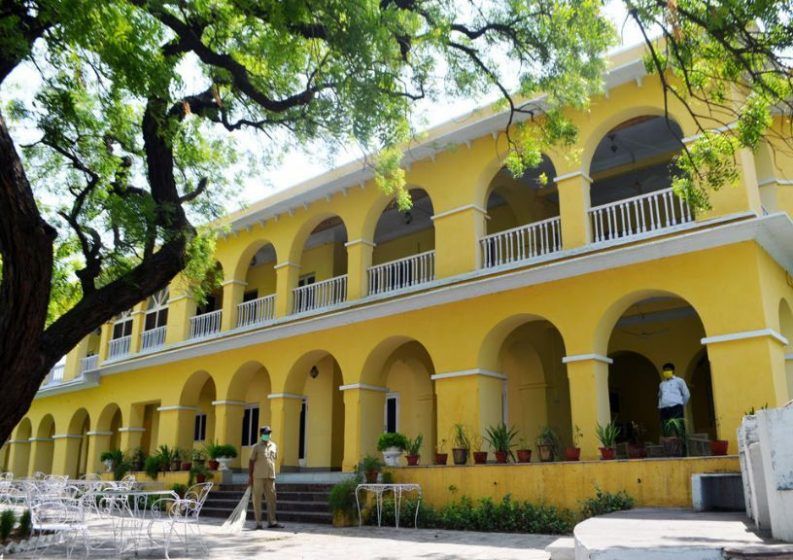 The Brij Raj Bhavan Heritage Hotel is a stunning palace hotel in the city of Kota, Rajasthan. The place looks like a quaint, inviting place with its stunning yellow walls, bougainvillaea plants and an old-worldly charm. The palace was built by British officials back in 1830 to serve as a residence for them. In 1900, it became a state guest house.

The place has a spooky history, and is said to be haunted by the ghost of a British officer who was killed here. Major Charles Burton visited Kota and settled in this property with his family, and during the Sepoy Mutiny in 1857, he was attacked by Indian soldiers and murdered.

It is said that his ghost haunts the palace now. The ghost is said to be harmless, but makes its presence felt more often than not to visitors, guards and more. 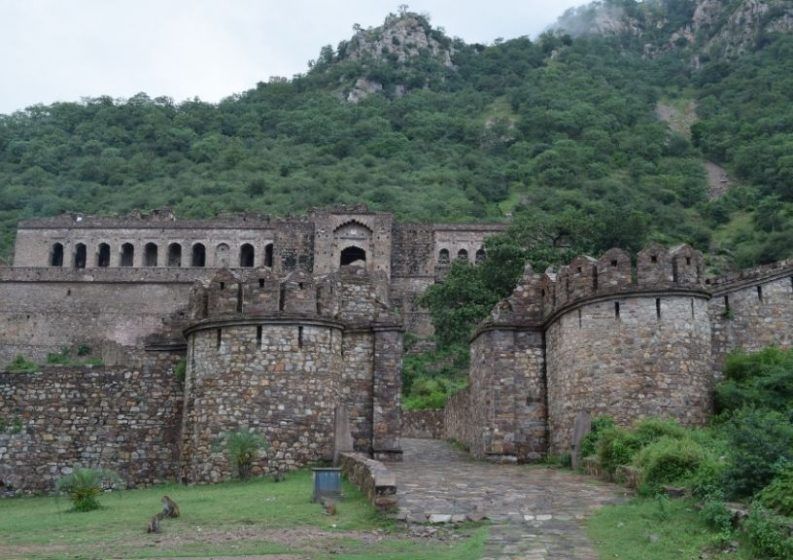 The sixeenth-century fort is nestled in the Aravallis, about 50 kilometres from the Sariska sanctuary. Built by Raja Madho Singh, the younger brother of Man Singh, a Mughal general, the place is home to stunning havelis and archaeological structures, and is said to have a history that is eerie and spooky.

The town of Bhangarh had about 9,000 houses, but in 1720, the population of the place began to fall. Further, it is said to have been cursed by Guru Balu Nath – which is the first among its two haunted histories. It was known to be the meditation spot of the Guru, who said that the only condition he would give up the spot was that the fort’s shadow does not touch him. That did not happen, and the Guru’s curse ended up destroying the entire village. It was also because of his curse that roofs could not be constructed on the homes in the village – any roof constructed would collapse.

The second legend of the place is that a tantrik who practised black magic fell in love with Princess Ratnavati of Bhangarh. He tried to make her fall for him using black magic and tantrik means, but she heard about the plan and threw the bewitched oil she was supposed to use on a rock, which eventually crushed the tantrik to death. Before dying, he cursed the village for destruction.

Even today, visitors are not allowed near the fort after sunset, and several tourists report paranormal activities here. 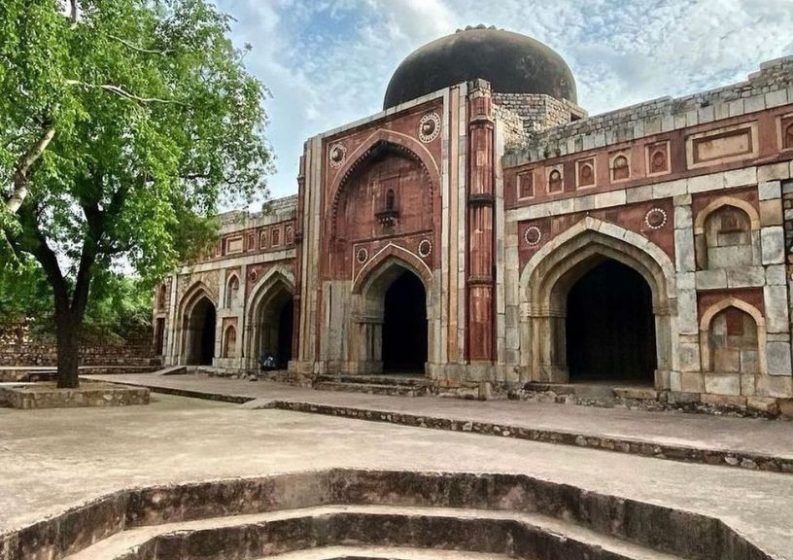 Among the many haunted places in India is the Jamali Kamali Mosque and Tomb in Delhi. Located in the archaeological complex of Mehrauli, the place, which is the mosques of Jamali (a popular Sufi poet) and Kamali (history of Kamali is unknown) is said to be haunted. The less-popular travel spot in Delhi is also said to be the first to have cemented the Mughal architectural style, complete with jharokhas and carvings, which were missing from earlier buildings and monuments.

Several people have reported being slapped by invisible forces when visiting the tombs, and many have reported getting an eerie feeling, seeing lights, sensing ghosts, djinns and more. 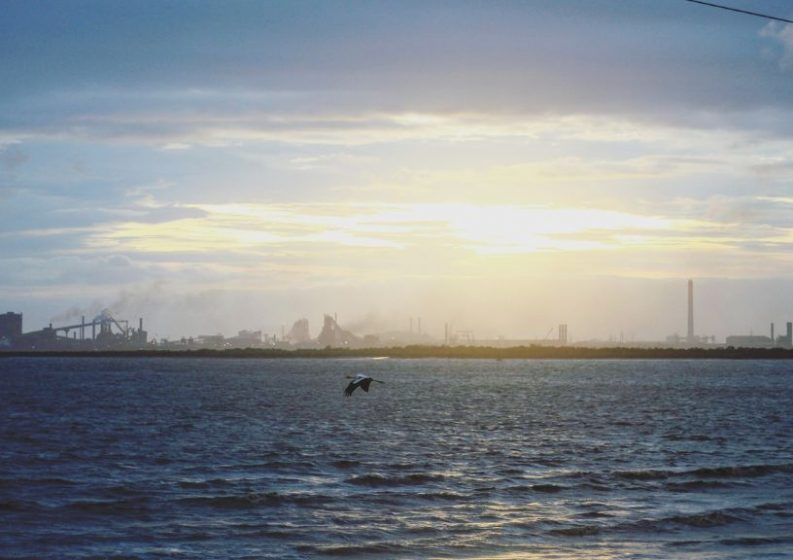 Dumas beach is located about 13 kilometres from Surat, Gujarat, along the Arabian Sea. The beach has black sands and is believed to have been a burial ground before, giving it its spooky history and haunted tag.

It is said to be possessed by spirits, and becomes completely deserted after sunset. However, most claims of paranormal activities have remained unverified, leaving concerns of the place being haunted nothing else but an urban legend. 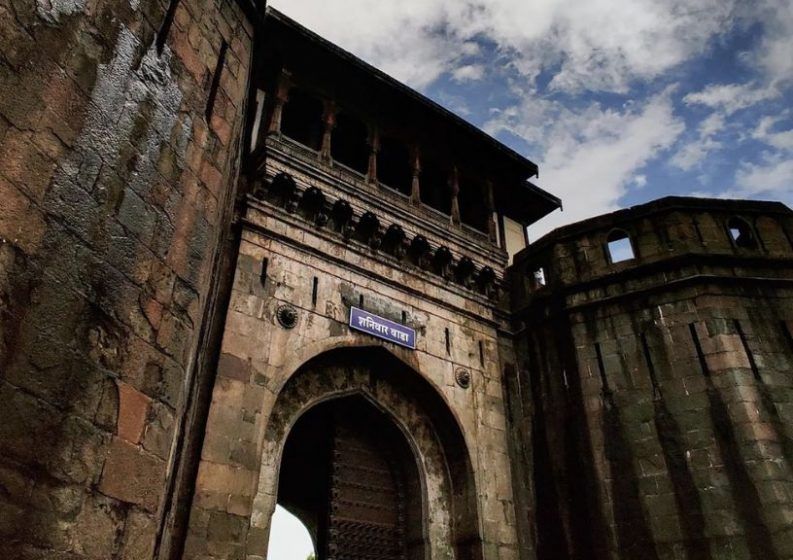 The stunning Shaniwar Wada is a popular tourist site in Pune. Built by the Peshwas, the place is constructed partly of stone and partly of mortar and brick, and features stunning gardens, structures and more.

However, this place is said to have a haunted history, as Narayanrao, the fifth (and ruling) peshwa, was killed on the walls here by his uncle’s guards. Even today, on full moon days, cries of Kaka mala vachava (Uncle, save me) have been reportedly heard by locals and tourists, giving the place an eerie history. 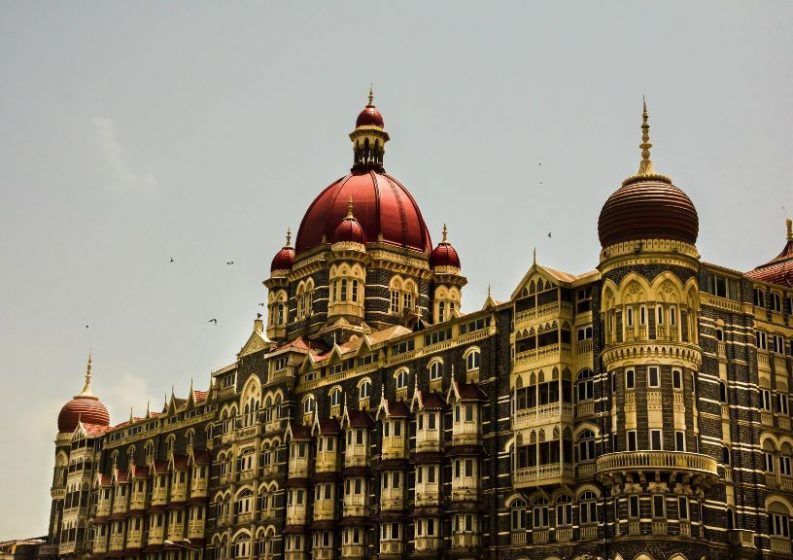 The Taj Mahal Palace Hotel has its own share of a gruesome past, especially because of the 26/11 attacks that took place here and shook the entire nation. However, its spookiest history is that the architect who designed it haunts the place. The constructors made a mistake while making the building, which shocked him so much that he ended up dying by suicide. 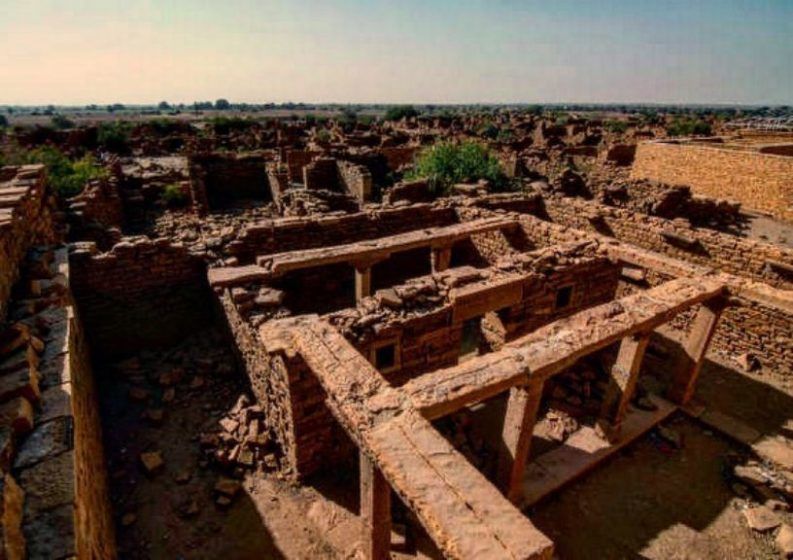 Kuldhara is among the most haunted places in India. Known as the Ghost Village of India, the place had its villagers flee overnight. It is said that one of the ministers had his eyes on a girl from the community (the Paliwals) and desired to marry her, and when this wish was disapproved, he threatened the villagers of dire consequences.

Because of this, Paliwals and people from 83 other villages fled overnight to protect their dignity and honour, and even today, the villages are deserted. What’s more, one can sense the aura of sadness that looms over the place when they visit. 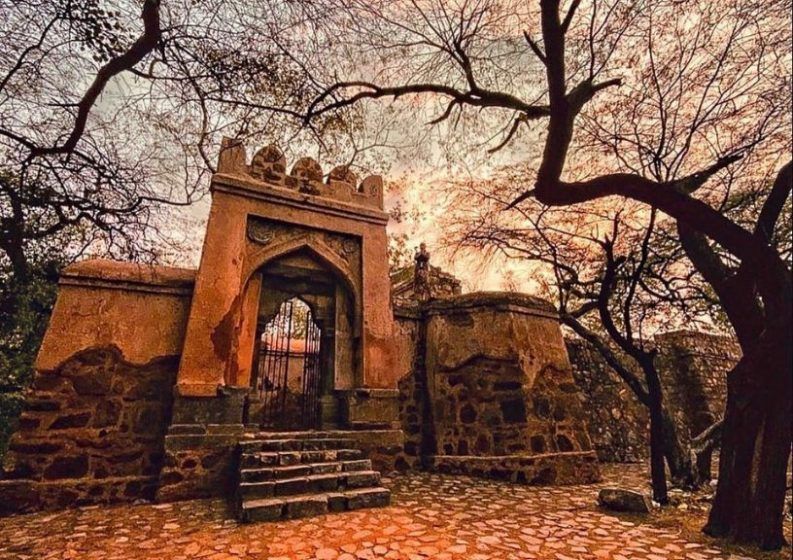 Bhuli Bhatiyari Ka Mahal is a not-so-popular spot in Delhi, among the most haunted places in India. Located near Karol Bagh, the place is said to be possesed by the ghost of a queen who died here 600 years ago. It is said that the ghost visits every night, and that no security guard has been able to stay here for more than a day. Oh and to top it all off, screams of women and children are heard here every night! 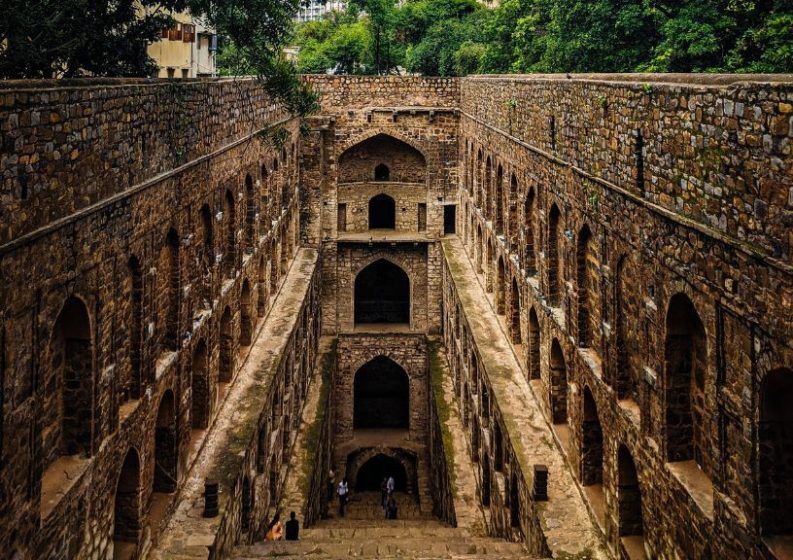 Agrasen Ki Baoli is among the most popular tourist spots in Delhi, and is often visited by lovers out on a date. What makes it even better is the monsoons, when the place is soaked with water, making for the most picturesque sites for a date.

However, is it said that the water at the bottom of the baoli, which appears to be black in colour, lures people to jump in – leading to loss of life and death. 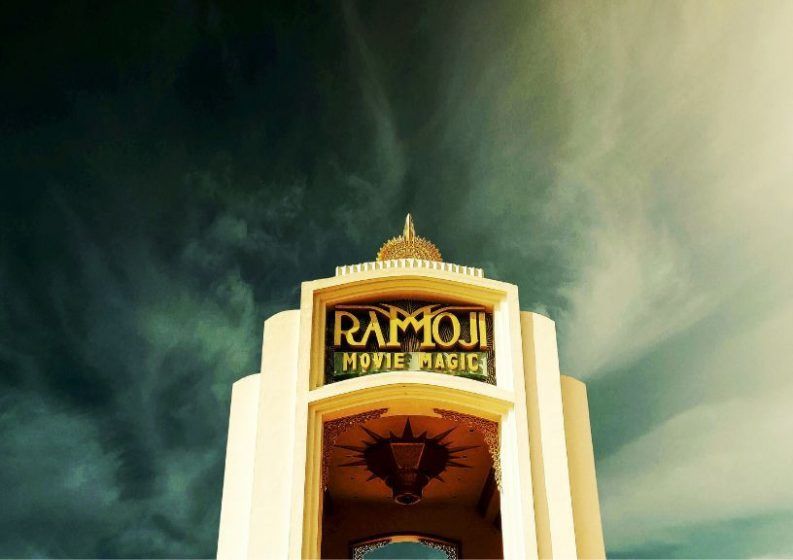 One of the biggest film cities in India, Ramoji has a spooky history, too! The land on which it is built was the place which was a war ground for Nizams, and ghosts of the past (literally!) haunt the film city today. From randomly scattered food to freak accidents, marked mirrors and more, the film city has seen it all. 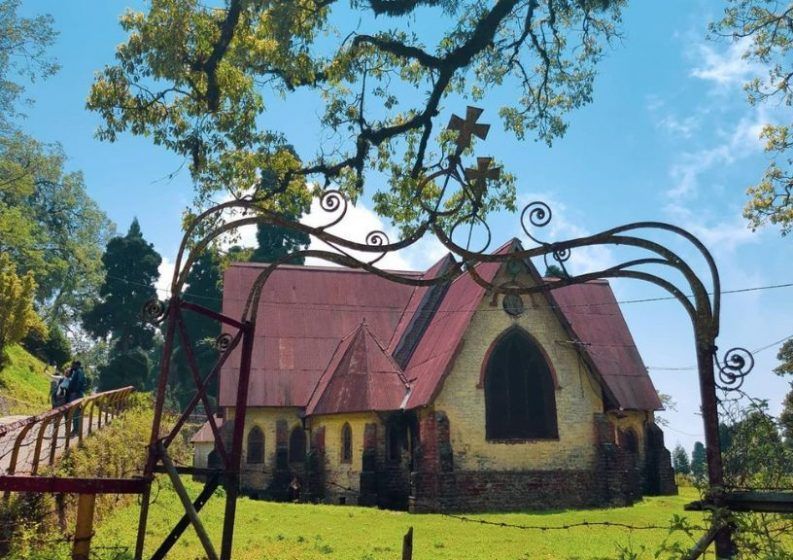 Dow Hill is known for stunning vistas, beautiful views and two school, but visitors have another reason to visit here – its spooky, paranormal activities. A number of people have been murdered in the area, and visitors have witnessed ghosts of children and more. 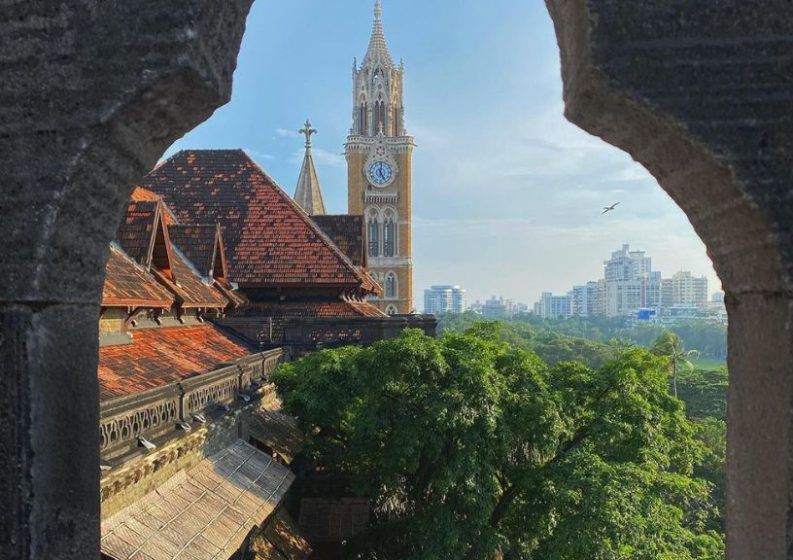 If you thought courts were places of reason and rationale, think again. One of the most important (and stunning) high courts in India, the Bombay High Court, is said to have the spirit of a murder convict or lawyer haunting the courtroom. The spirit does not let murder convicts enter the room, terrorising them by talking to them in a hoarse voice and cursing them. 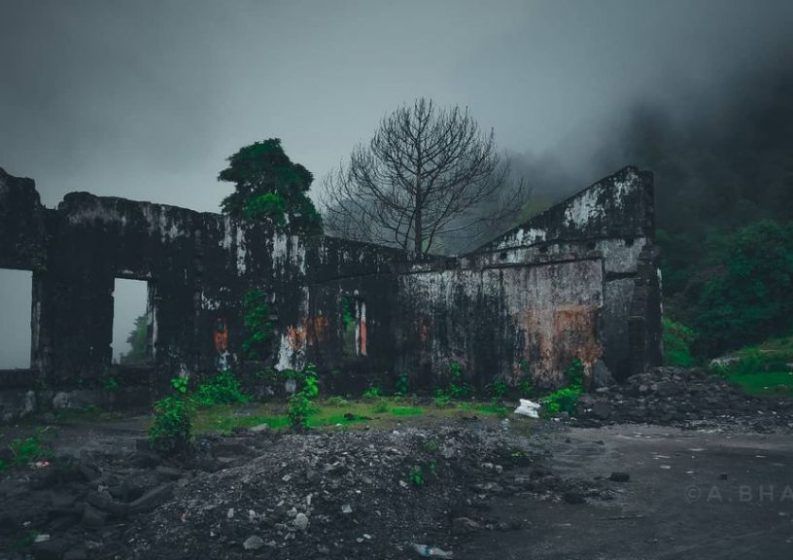 The Lambi Dehar mines were once fully functional, but the lack of safety measures and hazardous work conditions lead to the death of hundreds of workers, and now the place is said to be haunted by the ghosts of these people.

What’s more, several people have reported getting an eerie feeling and hearing screams and more from this site, which, though picturesque, is definitely among the most eerie spots in India. 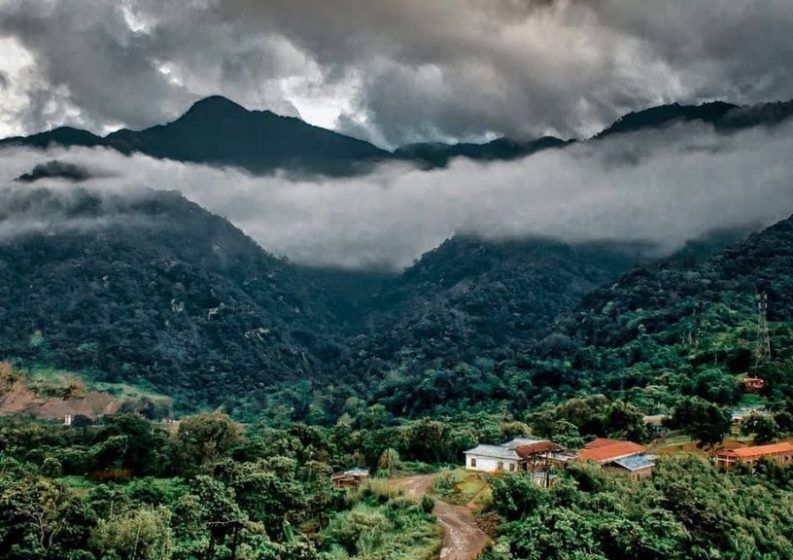 The horror stories of Jatinga, Assam’s only hill station, is not brought about by mass murders or suicides – well, partly. This is the only place which is said to have mass bird suicides. This brings about an unsettling feeling in the otherwise stunning place, which is also a popular tourist spot. 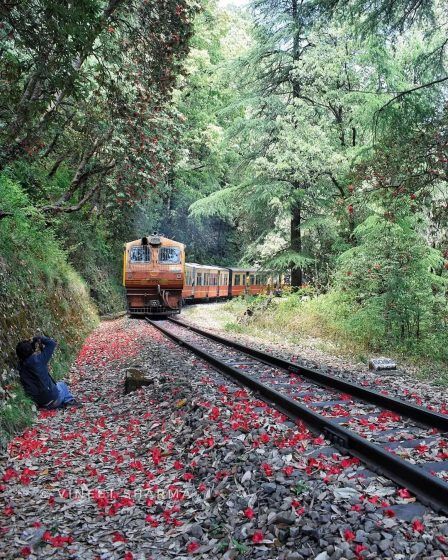 India is home to a lot of other spooky places as well. Be it the D’Souza Chawl in Mumbai or the Cantonment area in Delhi, these places all speak of a gruesome, gory past.