Home > Travel > Destinations > #FirstPerson: How I travelled for four months straight with just one suitcase 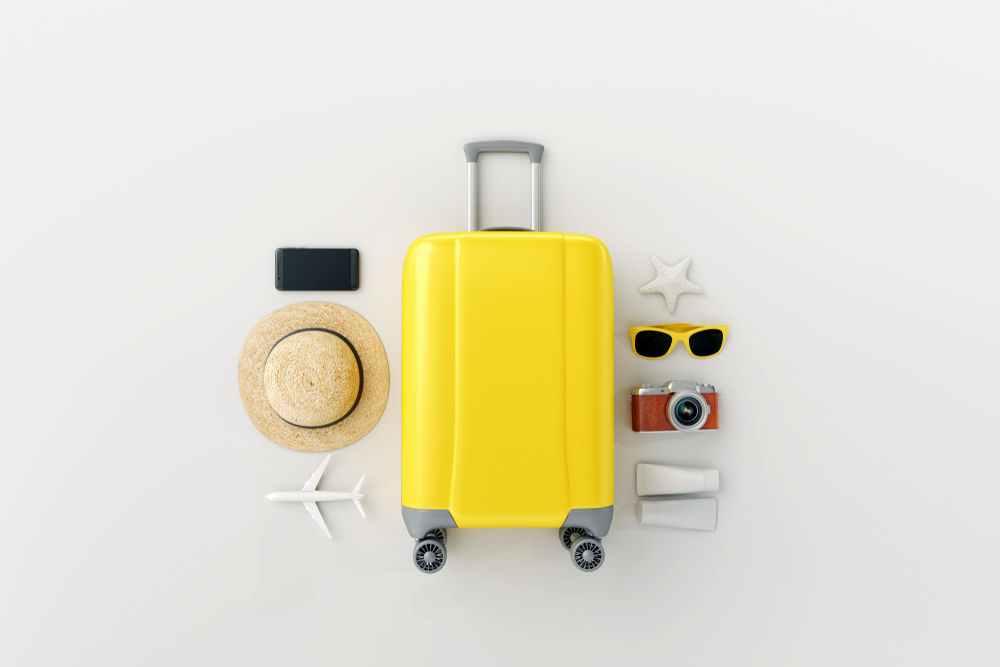 #FirstPerson: How I travelled for four months straight with just one suitcase

Travel
#FirstPerson: How I travelled for four months straight with just one suitcase
Share this article
Next article

All those memes about packing 22 outfits for a two-day vacation (because, you never know) would accurately sum up my packing MO. How to travel light had never been my strongest suit. That was until last year, when I signed up for a four-month stint as a digital nomad (aka working remotely when you’re on the go) while spending a month each in four cities across Europe and Africa along with some quick getaways thrown in (because, why not).

Travel
Sailing through life: The best of Indian luxury cruises

My usual parade of matching suitcases, it quickly became apparent, was no longer an option. Stingy airline baggage allowances was only one hurdle. There was also the fact that I would be packing and unpacking pretty often. After reading one too many packing blogs and having an almost-breakdown about the near impossibility of the situation, I grudgingly concluded that living out of one suitcase would probably be easier than tending to an army. Turned out, my hitherto latent ability to downsize was a revelation for everyone involved: “Where’s the rest of your luggage?!” my best friend gaped at me when she came to see me off at the airport. I didn’t think I could do it until I actually did, and in all honesty, this minimal approach to packing was freeing in more ways than one. Here are some handy takeaways from my time on the road.

Some math (again, not my strongest suit) had to be done. With an average baggage allowance of 20 kilos, give or take, I knew I’d be cutting it close. I eventually went with a lightweight four-wheeled 24-inch hardside suitcase. I threw in a matching nine-inch carry-on bag, because one should never waste seven precious kilos, packed with a foldable duffel bag for emergencies (or weekend trips to the South African wine country and the Sahara). Said measure also helped me save a five-digit extra baggage fee on a flight from Cape Town to Casablanca. Where I did draw the line was at my mother’s suggestion of a havasack, though I did heed her advice about clear luggage sleeves, which was a great decision in hindsight.

Travel
We’ve got your back. The traveller in you will love these homegrown backpack labels

Edit before you pack. And then edit some more. Less really is more in this case. And if you find yourself questioning the utilitarian value of a particular item, you’re probably not going to need it at all (such as the portable steam iron that almost got a free ride on my trip). Pack things you won’t be terribly upset about parting with should the need to clear some space. Things I’m glad I dint leave out? A universal adaptor, hair iron, chargers for all my devices, spare phone and luggage scale.

As a fashion girl, I wasn’t going to let something as minor as not having access to my entire wardrobe stop me from looking fly on the fly. So, as the most important step in my packing, I created a strong capsule wardrobe factoring in all the possible cities, set-ups and temperatures I would find myself in — I was largely slated to be in the throes of summer and early fall in Europe, spring in South Africa and fall in Morocco.

I chose a neutral base (easier to layer and accessorise) and built up on it. Classic blue jeans, black trousers and roomy trousers were my non-negotiables. Shorts and tees that I could mix-and-match constituted my primary day time selection, and I also threw in a short suit for days I felt like dressing up. A few evening tops, monotone jumpsuits and light sweaters completed the set with my workout gear also doubling as comfortable travel-day outfits. The nip in the air was nothing an easy-to-pack down jacket and an oversized shawl couldn’t fix. I limited the footwear to a pair each of flip flops, sandals and sneakers (no heels). The real hero, however, was the jewellery mix. A selection of my existing statement necklace, lariat, pearl studs, hoops and stackable bangles along with a cocktail ring set I chanced upon in Valencia, it was the easiest way to spruce up a simple outfit for maximum impact.

I fancy myself a packing ninja, and packing cubes, in my opinion, are more cumbersome than space-saving (vacuum seal bags, on the other hand, are must-haves!). Folding with Marie Kondo-like precision has never let me down and this time was no different. Nor have nifty tricks — taping your liquids, heavier items near the wheels, stuffing shoes with socks, and packing a few days ahead to compress everything and create more space.

Buy things on the road

The task became a whole lot easier when I realised that anything that was missing would be available in all the cities I was visiting (and that I didn’t need a backup dress for your backup dress). Save for some key essentials and medication, I decided not to overthink it and just roll with it… which is often the most fitting advice for every life conundrum anyway.

Raniwala is a freelance fashion, luxury and travel journalist, and a brand consultant. She has a degree in fashion and lifestyle journalism from London College of Fashion, and previously worked as a features writer at L’Officiel India. You can now find her words in Vogue and Condé Nast Traveller among other publications. The writer is based in Mumbai, but her heart belongs to London.

How to survive hotel quarantine (both mentally and physically)