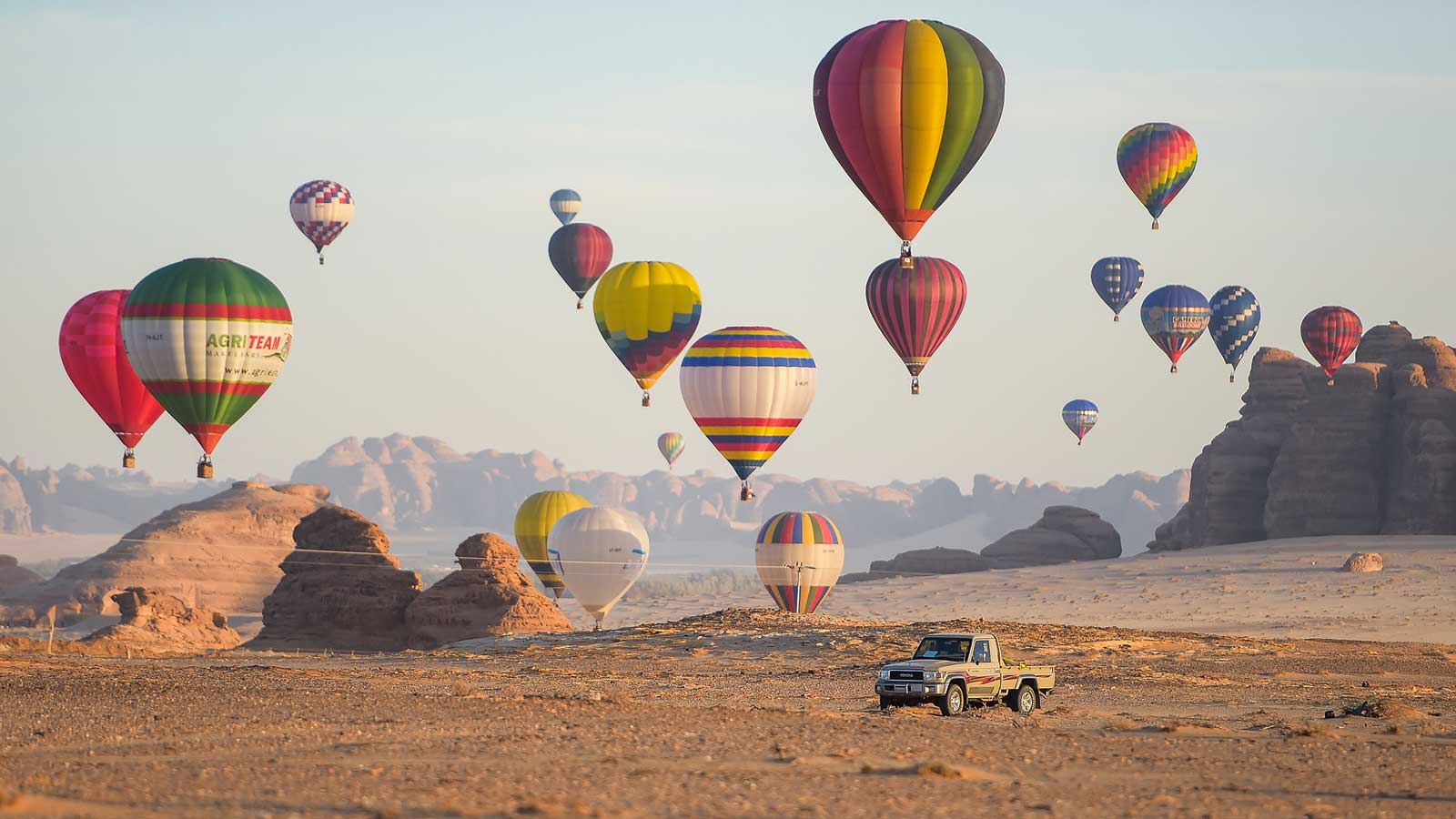 You’ve heard of the whimsical topography of Turkey’s Cappadocia and ancient sandstones of ‘Rose City’ Petra, but there’s another Middle Eastern delight that should be on your radar in 2020 – AlUla. Located in northwestern Saudi Arabia and 300 km north of the holy city of Medina, AlUla is a rising phoenix on the travel map, offering a rich plethora of cultural, historical, and adventurous experiences. With more than 7,000 years of human history and built heritage, AlUla was an oasis in the desert, along the ‘incense route’ that advanced the trading of spices, silk, and other luxury goods via Arabia, Egypt, Mesopotamia, and India. It was the location of the capital of the kingdoms of Dadan and Lihyan, and the southern principal city of the Nabataean Kingdom, at Hegra. The impressive ancient facade of the old city of AlUla, founded in around the 12th century, narrates a story of a society that hosted 900 mud-brick and stone houses.

Largely residing in the shadows of age-old secrets and inscriptions, AlUla is a region engineered by humans in the cradle of nature. Host to stunning pre-historic sights and an annual festival, it is still somewhat of a terra incognita. Mostly known to intrepid travellers, explorers and archeologists, the destination is fast gathering a footing on the travel map. To explore the best of it, one must bookmark the following locations for an exceptional expedition to this place.

This key city of the Nabataean kingdom (1st century BCE to early 2nd century CE), Hegra is known for its exceptional carvings of more than 100 monumental rock-cut tombs and ornamental facades. Next to Petra, it is the largest settlement in the region where the Nabataean elite used to bury their dead. In 2018, UNESCO proclaimed Hegra (also known as Al-Hijr or more recently as Mada’in Salih) as a site of patrimony, making it Saudi Arabia’s first World Heritage Site.

Another must-visit is the second example of AlUla’s geomorphological wonders. This natural sandstone outcrop has eroded over time to create the unmistakable likeness of a giant elephant with its trunk touching the ground.

One of AlUla’s most defining feats is the vertical sandstones displaying rich petroglyphs and inscriptions. Jabal ‘Ikmah contains hundreds of etched and relief inscriptions acting as an ‘open library’ of the Dadanite and Lihyanite cultures. These writings shed light on the origins of the Arabic language in AlUla, as well as ancient beliefs, and practices.

A timeless museum of ever-evolving raw beauty is what defines AlUla’s stunning scenery. Wadi al-Qura (AlUla valley) is an oasis of thousands of date palm trees, and the basalt uplands to the west complement Harrat ‘Uwayrid, created by volcanic lava flows. There’s an area with narrow sand-drifted canyons, Al-Raqqasat.

AlUla of the 21st century is attempting to paint a different picture, which exhibits the same stunning natural backdrop but with modern brushstrokes of high-end hospitality. Winter at Tantora is an annual festival that first began in 2018. Tantora is the name of a sundial that was used by the locals of the old town of AlUla to mark the start of the 40-day winter growing season. Besides visiting heritage sites, this annual festival lets one explore the region immersively via music, arts, entertainment, and cultural events.

Winter at Tantora begins on December 19, 2019 and goes on till March 7, 2020. This second edition of the festival includes performances by renowned names like Omar Khairat, Andrea Bocelli, Yanni, Caracalla, Enrique Iglesias, and Lionel Richie. Book your tickets and itineraries here

How to reach: AlUla is easily accessible by road and air from a variety of locations. By car, the trip is three hours from Medina, and four hours from Tabuk and Hail. Commercial flights are just 1.5 hours from Riyadh and Jeddah.

What to pack: Explore AlUla in casual wear and flats. Local customs call for both men and women to dress modestly (with knees and elbows covered).

Travel without fear: Virtual reality tours to go on during the lockdown

Le Marais: Your guide to Paris’ most vibrant and storied neighbourhood