Celebrate this Republic Day with a road trip through India‘s most scenic routes with stunning sights and have the trip of a lifetime.

Scenic road trips to embark upon this Republic Day 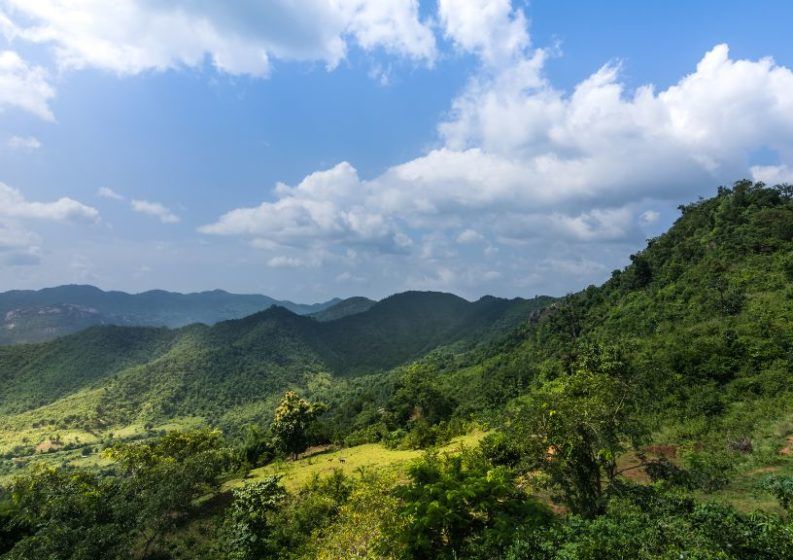 An early morning start from Visakhapatnam, known by its more popular moniker Vizag, will set you off for a gorgeous day long trip to Araku Valley. During this four-hour journey, one gets to truly take in the sights for the drive is easy. Ascend the Eastern Ghat roads that are surrounded by lush verdant greenery and wind through the curves of the road through the Anantagiri range.

The destination is one of Andhra Pradesh’s most frequently visited hill stations, Araku Valley, which borders the state of Odisha. Its landscape is dotted by sparkling streams, waterfalls, extensive coffee plantations and is home to indigenous tribes that have largely kept their colourful cultures alive. In the winter, temperatures linger around 11 degrees celsius. The valley is also home to the highest peak of the Eastern Ghats, Jindhagada Peak. 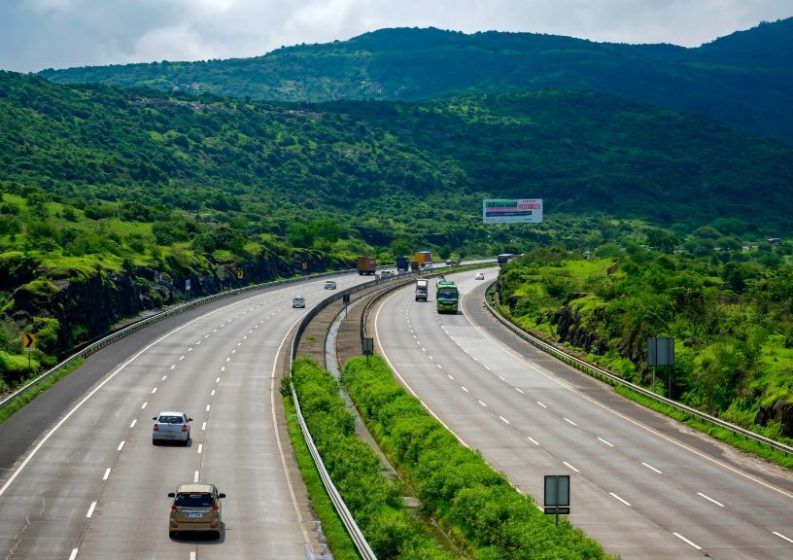 With several stops along the way that make the drive a vacation itself, the approximately three-hour-long drive from Mumbai to Pune is short yet absolutely lovely. January is perhaps the best time to make this drive, for you get to avoid the humid heat and pouring rains. As a detour from the Expressway that connects the two cities, get out at The Kanheri Caves, a complex of  109 caves that were once home to a Buddhist monastery. Trek through the Sanjay Gandhi National Park to get to the historic site and after some exploring, head back to your car. The Pawna Lake, with the Lohagad Fort, Tikona Fort, Tung Fort, and Visapur Fort, is also worth a short detour. You could also decide to drive to Pune via the old highway, especially if you decide to take on this journey on your bike.

Once you’re in Pune, there is no dearth of things to do, restaurants to eat at and bars to hit up – the city may be more demure than Mumbai but it still has a vibrant life of its own. 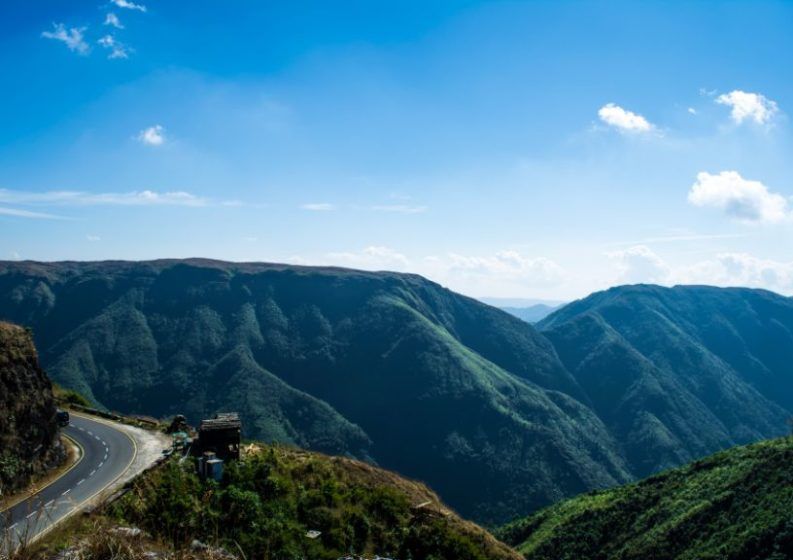 For two hours, let your eyes feast on the mesmerising views that this particular route has to offer. From the capital city, a drive to Cherrapunjee, locally known as Sohra, is one for the books. Again, the stops along the way make the journey. The Ward’s Lake (Nan Polok), is a horseshoe-shaped artificial pool surrounded by flowers and cobbled stone footpaths. Walk over the pretty white bridge and take a few seconds to watch the fountain shoot up water. Next comes the Cathedral Mary Help Of Christians, with its blue-hued exterior and stained glass windows that allow for a moment of peace and calm (driving can be a bit frustrating at times). One comes across many gushing waterfalls when on this road trip – Elephant Falls, Wah Kaba Waterfalls, Dainthlen Falls and the Nohkalikai Waterfalls – so take your pick. Don’t forget to stop at an eatery along the way for authentic khasi food, there are so many you won’t be hard-pressed to find one. 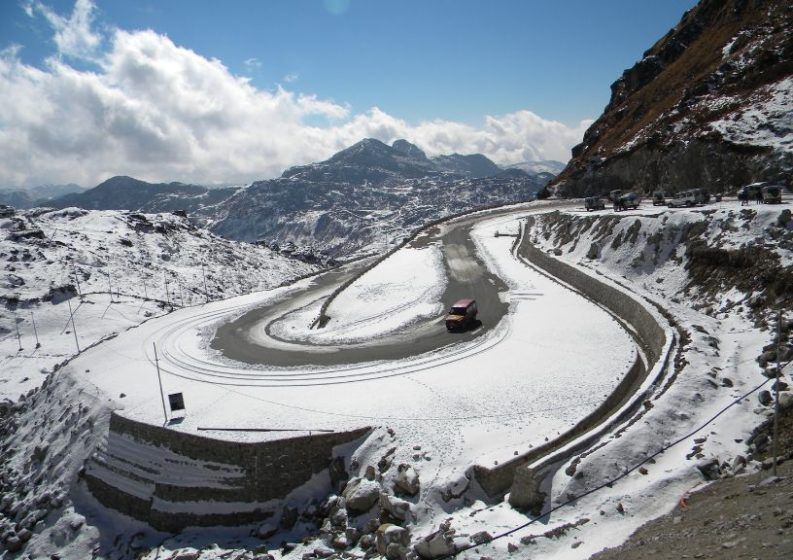 While a day may seem to short for a fulfilling trip, 24 hours, if planned well, can be more than enough. 53 kilometres from Gangtok is Nathu-La Pass, located at a height of 14,140 feet. The pass was part of the legendary Silk Route, specifically on the stretch that connected Tibet and India. The sacred Tsomogo lake, its waters frozen in the winter, attracts people from far and wide. Its magnetism lies in its natural beauty which is added to by the surrounding snowy cliffs and primula flowers, plus you also get to ride on yaks! The rugged terrain one drives through adds to a sense of adventure, as you drive through little towns and hamlets. When you reach the pass, snow-capped mountains partly shrouded by white clouds set against blue skies stand formidably to greet you. 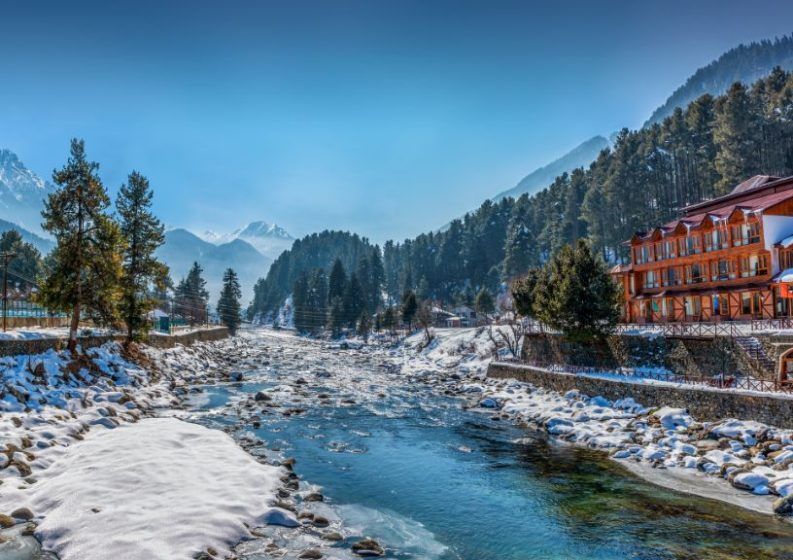 The drive from Anantnag, a district headquarter in Kashmir, to Pahalgam, the Valley of Shepherds is very short (30 minutes) since they’re in the same district, which means you get to spend even more time at the hill station. Pahalgam exemplifies all that we love about the picturesque northernmost state. Visit the Sheshnag Lake or the Avantipur Temple ruins, trek to the Tulian Lake (a part of which is covered via a pony ride), get your club out at the Pahalgam Golf Course or have an idyllic picnic by the Panchtarni. 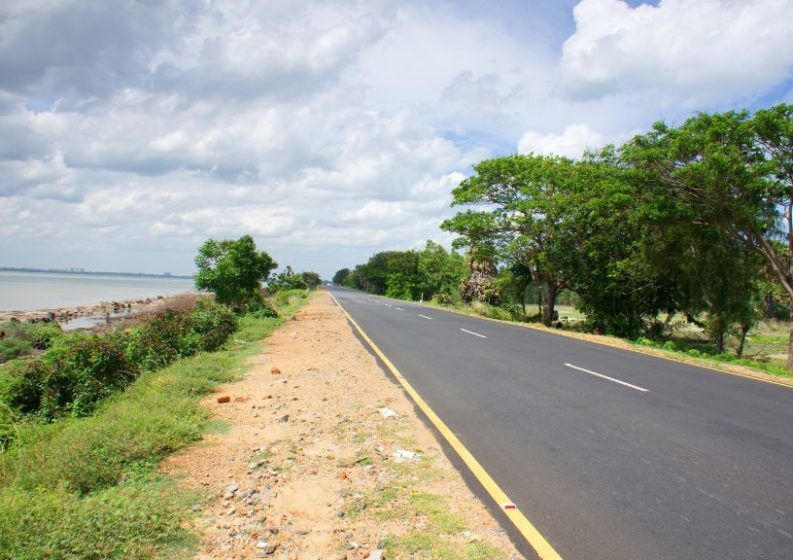 Ask anyone who is relatively familiar with the Indian east coast and they’d tell you that the drive from Chennai to Puducherry in the months between October and February is an enthralling experience. There are three routes one can take – ECR, NH32 and NH48. Of these, the former, i.e. the East Coast Road along the Bay of Bengal coastline is the shortest route which gets one to the erstwhile  French colony. Along the way, stop at the Cholamandal Artists’ Village, the 17th century Alamparai Fort, Mahabalipuram and the Kovalam Beach (which also has the some of the best waves to surf). Once you reach Puducherry, spend your day strolling through the French Quarter, and visit Auroville to get in touch with your inner self. Take advantage of a free day to rejuvenate before you jump (rather, drive) back into your busy routine. 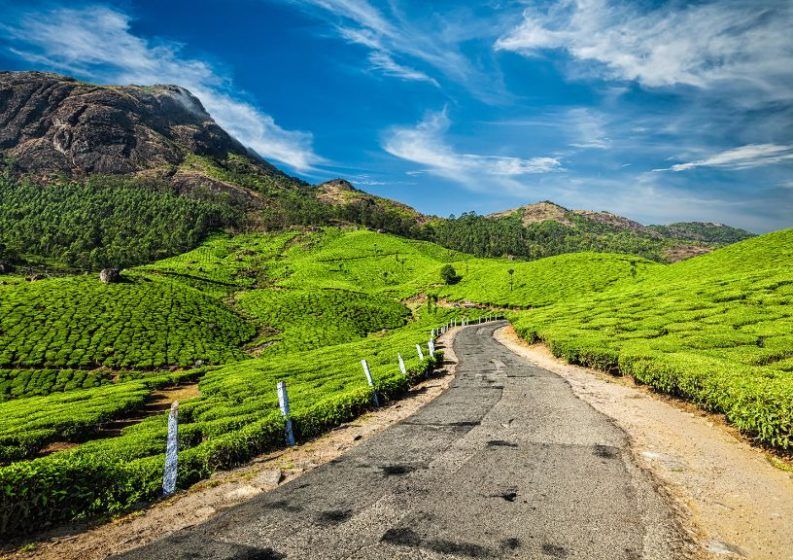 With a few stops along the way, a drive from Coimbatore to the tea plantations of Munnar can take about five hours. Leave as the sun rises to make the most of the day. The road, with its many curves and bends, takes you past Chinnar Wildlife Sanctuary, Thoovanam, windmill farms and Dhondenling, a Buddhist settlement. But the true gem of this road trip is found in Munnar. With stretches of tea leaves that extend as far as the eye can see, the rolling hills of Munnar are bewitching. Hit up the Mattupetty Dam, the rose garden and the Chinnar wildlife sanctuary. Your camera roll is going to be flooded with several gorgeous photographs after this road trip.

This article was first published on Travel + Leisure India.

road trips Republic Day Road Trip Vacations scenic
Naina Atri
Global Traveller
Sign up for our newsletters to have the latest stories delivered straight to your inbox every week.

Camp at these picturesque spots around Bengaluru this summer

Kresha Bajaj on the best places to eat, shop and party in Bangkok

Let the stars choose your next vacation spot: Destinations for each zodiac sign