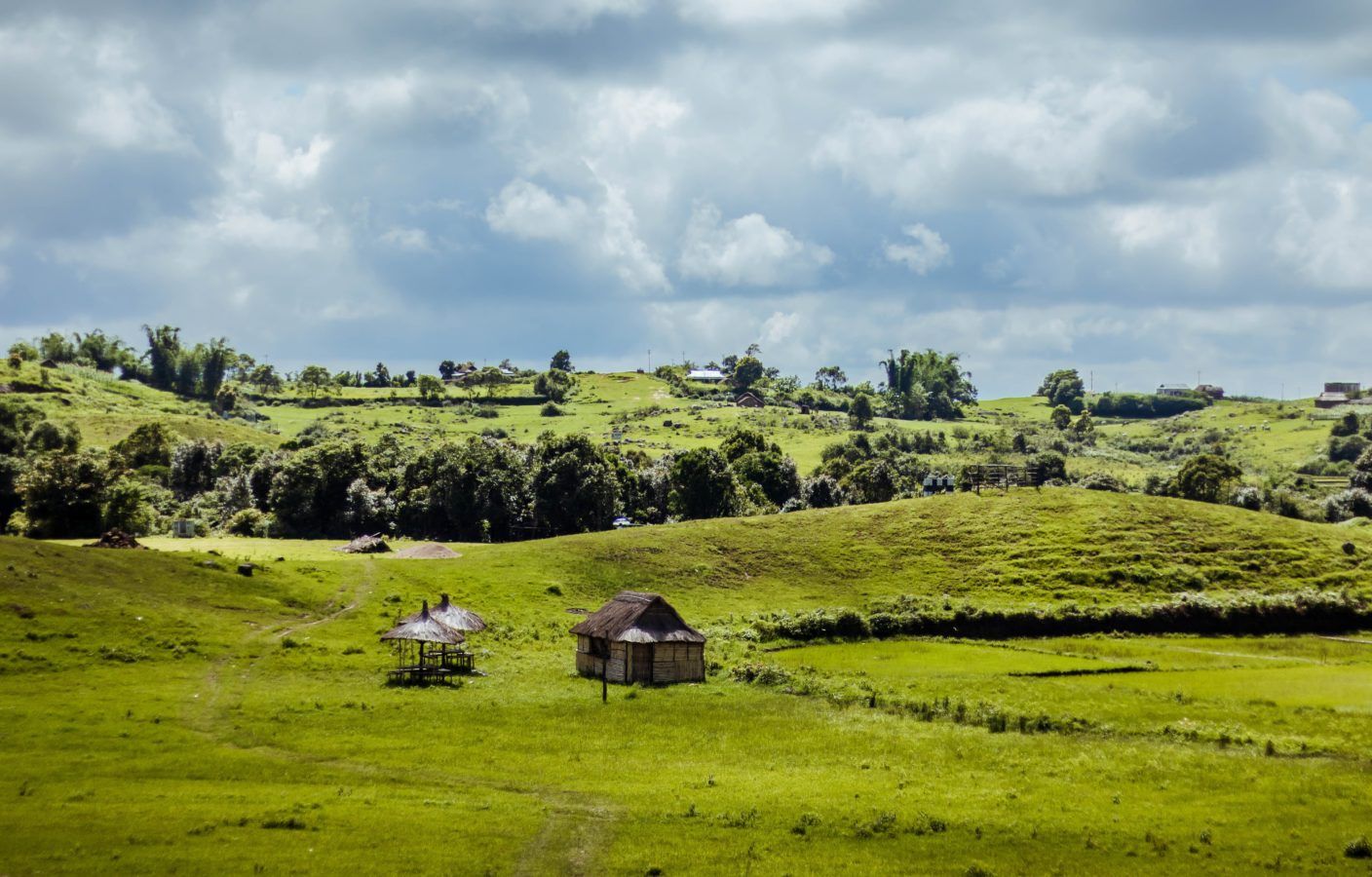 Mother’s Day 2021: Destinations in India to explore post-lockdown with your mom

Travel
Mother’s Day 2021: Destinations in India to explore post-lockdown with your mom
Share this article
Next article

It is unlikely that on Mother’s Day 2021, any of us will be taking a trip with our moms, given the current grim situation in India. And that’s a good decision. Stay in for now so that you can explore the world again. However, if you like planning your holidays in advance, scroll down to see a list of places where you can travel with your mom when it is safe to do so again.

With nature humming a mellifluous tune in every corner, there is a reason why Kerala is known as ‘God’s own country’. It is a beautiful corner of India, where tall coconut trees, clean beaches and the quietly flowing backwaters create an enchanting landscape. There are several places within the state to explore. Rolling hills are to the east in Munnar. Head north to watch elephants and tigers in the forests of Wayanad. Down south is the capital city Thiruvananthapuram with all its glorious history and the renowned Kovalam beach nearby.

If time is short, go to Alappuzha (or Alleppey). Sharing a coastline with the Arabian Sea in the west, it is here that you can see the iconic Nehru Trophy boat race. You can opt to stay on a houseboat and take a cruise down the backwaters. Don’t forget to visit the quaint Marari beach in the district. In one of the quiescent corners of the region, the spectacular beach makes you lose the sense of time.

Talking of beaches, the Kappad beach in Kozhikode district is where Vasco-da-Gama landed in 1498. It is one of India’s eight Blue Flag* beaches, designated in 2020.

*The Blue Flag certification is given to those beaches, marinas or sustainable boating tour operators who meet and maintain the stringent environmental, educational, safety and access standards set by the Denmark-based non-profit Foundation for Environmental Education.

Though Goa is India’s smallest state, it still has a lot to offer. Iconic beaches such as Baga, Calangute, Palolem and Patnem are among the most visited by both local and foreign tourists. You can indulge in various water-sports activities including parasailing, jet-skiing and scuba diving. Goa’s nightlife is equally magnetic, welcoming droves of revellers who want to party through the night in the coastal state.

But Goa is not all about beaches and nightclubs; there are several historic places worthy of your time. Among these are the UNESCO World Heritage churches and convents of Goa, including the Bom Jesus Basilica — a 16th-century church that houses the tomb of St Francis-Xavier. The 17th century Fort Aguda is another must-visit place.

The capital city of Rajasthan can be called the gateway to the illustrious history and architectural gems of the western state. The colour of the buildings in the old city area gave Jaipur its famous nickname — Pink City. The buildings were coloured pink in 1876 to welcome Queen Victoria’s son, Prince Albert (later King Edward VII). The Hawa Mahal, whose honeycomb exterior makes it to many Instagram feeds, is located in the old city area. Nearby is the Jantar Mantar, a UNESCO World Heritage site which has around 20 fixed astronomical instruments built by the city’s founder and Amer ruler Jai Singh II.

The museum part of the City Palace is a walk through the history of the city and the royal family with perfectly preserved galleries such as the diwaan-e-aam, or public hall. Built by Jai Singh II, the palace is a fusion of Rajput and Mughal architectural styles. Other places to include in your tour are Jal Mahal, Nahargarh Fort and the Amber Palace. So rich is the walled city in architectural wonders that in 2019 UNESCO inscribed Jaipur in its World Heritage site list. The city’s proximity to the national capital, New Delhi, means that it is easily approachable for international tourists.

While in Jaipur, make sure to keep some time aside for shopping and tasting the local cuisine. Head to Bapu Bazaar, one of the most popular markets located in the heart of the city. Here you can buy things ranging from traditional jewellery to textiles to famous Jaipuri blankets and jootis (shoes made from leather).

Located on the eastern coast, Puri is both religiously and historically significant. The city attracts Hindu devotees from across India during the annual Rath Yatra (chariot festival) which is held in honour of Lord Jagannath between June and July. In fact, the Jagannath Temple at Puri is considered one of the four dhaams (sacred pilgrimage sites in Hinduism). The temple, which was built in the 12th century, is renowned for its architecture. Did you know that irrespective of the time of the day, the shadow of the temple never falls on the ground?

The city is also famous for its Golden beach; its soft sand is washed by the waves of the Bay of Bengal and painted golden by rays of the rising sun. Attracting tourists at any time of the year, this beach is one of the eight Blue Flag beaches in India.

South of Puri is Chilka Lake, a brackish water lagoon that is a biodiversity hotspot and is one of India’s largest saltwater lakes. Migratory birds from as far as Siberia make a pit stop at Chilka during the winters. If you have the time, also visit the nearby town Konark, famous for the Sun Temple. A UNESCO World Heritage site, the ruins of this temple, which is today only a place of historical significance, was built in the 13th century by Narasimhadeva I of the Eastern Ganga Dynasty.

Travel
First person: This couple give us tips on how to travel the world on a vegetarian diet

If you and your mother love nature in all its pristine glory then Meghalaya is the right place for you. The name of the state means “abode of clouds” and it is indeed worthy of the name for clouds gently roll down its verdant hills. Its capital city, Shillong, is popularly known as “Scotland of the East”. You can choose to stay in Mawlynnong, Asia’s cleanest village. Here you can see one of Meghalaya’s most famous attractions — Nohwet Living Root Bridge, which is formed by the growing roots of the Ficus Elastica tree for centuries. Take a boat ride on the Umngot River at the nearby Dawki, where the water is so clear that you can see the riverbed.

Witness the changing seasons in a single day in Cherrapunji which is also known as Sohra. It is one of the world’s wettest place due to the amount of rainfall it receives throughout the year. Don’t miss the Seven Sisters waterfall, also known as Noh Sngi Thiang, which has a drop of 300 metres.

No matter which part of this small northeastern state you are in, there will always be greenery, towering cliffs, snaking rivers, spectacular waterfalls and postcard-perfect villages welcoming you into the lap of nature.

One of the most famous hill stations in India, Darjeeling is located in West Bengal. A major attraction of this city is the Darjeeling Himalayan Railway. Founded in 1881, the ‘Toy Train’ pulled by a steam locomotive has been featured in numerous films. Take a ride with your mother and see the outstanding Himalayan vista around the city as the train chugs along heights of over 2000 metres. The railway was named a UNESCO World Heritage site in 1999 and, together with Kalka-Shimla Railway of Himachal Pradesh and Nilgiri Mountain Railway of Tamil Nadu, it is today recognised as part of the Mountain Railways of India.

Monasteries such as the mid-19th century Yiga Choeling tell the story of Darjeeling’s connection to Buddhism. And then there are colonial-era buildings many of which now house cosy eateries. Speaking of food, do try the local tea. The beverage is perhaps the region’s most renowned export. Ensure that you rise early and head to Tiger Hill to catch the sunrise over Kanchenjunga Mountain, the world’s third-highest peak. The snow-covered peak looks like a massive rock of gold when the rays bathe it.

Near Darjeeling is the Neora Valley National Park. It is home to the endangered red panda, the vulnerable black bear and a host of other Himalayan fauna.

The archipelago in the Indian Ocean is a group of around 300 islands, known for their clear turquoise waters, clean white sand, palm and coconut tree-lined shores, coral reefs, mangroves and rainforests. The islands and the waters around it are wonderlands for the region’s biodiversity. You can swim with the marine life in the Andaman Sea, take a nap on the sands without a care in the world, sip coconut water while letting the surf kiss your feet, or even head out for an exploration of some of its historic places such as Cellular Jail. From jet-skiing to game fishing and from trekking to bird watching, there is no dearth of things to do here.

Andaman is home to a Blue Flag beach — Radhanagar, in the Havelock Island, or Swaraj Dweep. Take a leisurely stroll with mum on this almost two-kilometre-long stretch of soft white sand. Do yoga or meditation, enjoy the cuisines from around the world at the nearby cafés and watch the sun go down the horizon.

Considered by many as one of the world’s oldest continuously inhabited cities, Varanasi is also known as Kashi — the ancient city is famous for its ghats (banks) along the River Ganges. Tourists from around the world keep Varanasi on their itinerary, drawn by its tremendous spiritual vibes and the strange balance of calm amidst the everyday din. Take a boat ride on the mighty river, explore the ghats each of which has a history of its own and visit the numerous temples.

Very close to Varanasi is Sarnath where Lord Buddha delivered his first sermon. The most iconic monument at the site is the Dhamik Stupa, which was built out of stone and brick in 500 AD. The Lion Capital, which is India’s national emblem, was excavated at Sarnath during British rule. You can see the original sculpture of the four Asiatic lions in the Sarnath Museum, which also houses numerous sculptures, figurines and other images that were found in the city. The museum itself was built in 1910.

Mother's Day 2021 travelling with mothers vacations with mom Mother's Day holidays Bookmark bucket list 2021
Manas Sen Gupta
safe travel
Sign up for our newsletters to have the latest stories delivered straight to your inbox every week.

Walking tours to museums visits: Top free things to do in London