New York and Singapore are now the world’s most expensive cities, according to the Economist Intelligence Unit (EIU) Worldwide Cost of Living survey. The survey that analyses the cost of living across the globe suggested that the prices soared by 8.1 percent in 2022, owing to the burgeoning inflation because of the Ukraine war and the soaring fuel prices.

Around 172 cities in the world were affected by inflation this year, according to the report.

Interestingly, Singapore has been on the list eight times in the last ten years but this time, New York has joined the top rank for the first time as the dollar remained strong throughout the year. Israel’s Tel Aviv which was at the top spot last year is on rank three this time.

More about the expensive cities in the world based on rankings

How did Asian countries fare?

The overall inflation rate in the continent is around 4.5 percent which is less than the global number. Although, the country-wise performance is different. While Singapore did not leave its top spot in this category, six of the cities in China rose up the ranks with Shanghai being in the top 20. Japan, on the other hand, did fair as the interest rates stayed low with Tokyo and Osaka being dropped to 24th and 33rd positions respectively.

Travel
Global Liveability Index 2022: These are the world’s best cities to live in

Travel
30 smartest and most future-proof cities in the world, ranked! 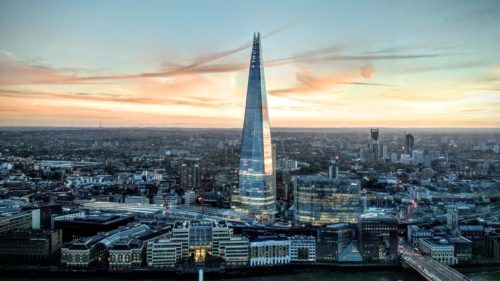 World’s most expensive city survey: What do the experts say?

Petrol prices soared by 22 percent in 2022. Not just fuel but even the cost of utilities and essential goods and electricity were high this year. Upasana Dutt, Head of Worldwide Cost of Living at EIU remarked, “The war in Ukraine, Western sanctions on Russia and China’s zero-covid policies have caused supply-chain problems that, combined with rising interest rates and exchange-rate shifts, have resulted in cost-of-living crisis across the world.”

She added, “We can clearly see the impact in this year’s index, with the average price rise across the 172 cities in our survey being the strongest we’ve seen in the 20 years for which we have digital data. We expect prices to start easing over the coming year as supply bottle-necks start to ease and slowing economies weigh on consumer demand.”

Discover our range of luxury stays and experiences here