We ate at Spica, Chef Ritu Dalmia’s second restaurant in Italy. The lowdown…

To say that Chef Ritu Dalmia has a liking for the celestial wouldn’t be an understatement. The grand dame of Italian cuisine, known for her Diva chain of restaurants in India, opened her first eatery in Milan last April, and called it Cittamani, meaning ‘star’, and linked the idea to prosperity and nourishment. This past weekend, she lifted the curtain on Spica, her new restaurant in Milan. Spica is the brightest star in the Virgo constellation – it represents the wheat grain held by Virgo in its classical depiction – and is one of the 20 brightest stars in the night sky. There’s also the fact that Chef Dalmia is a Virgo herself.

“I prefer living in colour, and wanted to create a space which celebrates food and people,” says Chef Dalmia, as we sat down to taste the food at her newest outpost. The focus here is on evolved global food with home recipes, street fare, and gourmet selections given equal importance, for the locals and travellers passing through the city. An added bonus is that she has teamed up with Michelin-starred Chef Viviana Varese of the restaurant Alice. Together, they describe the gastronomic project “a natural reunion”, the idea for which they wrote down “in 25 minutes” on a white sheet at Chef Varese’s home over drinks. So Spica is a restaurant that gives Italy a new view, born of the heart, with a geographically divided menu.

Food & Drink
Cocktail o’ clock in Kolkata: Where to find the best drinks in the City of Joy 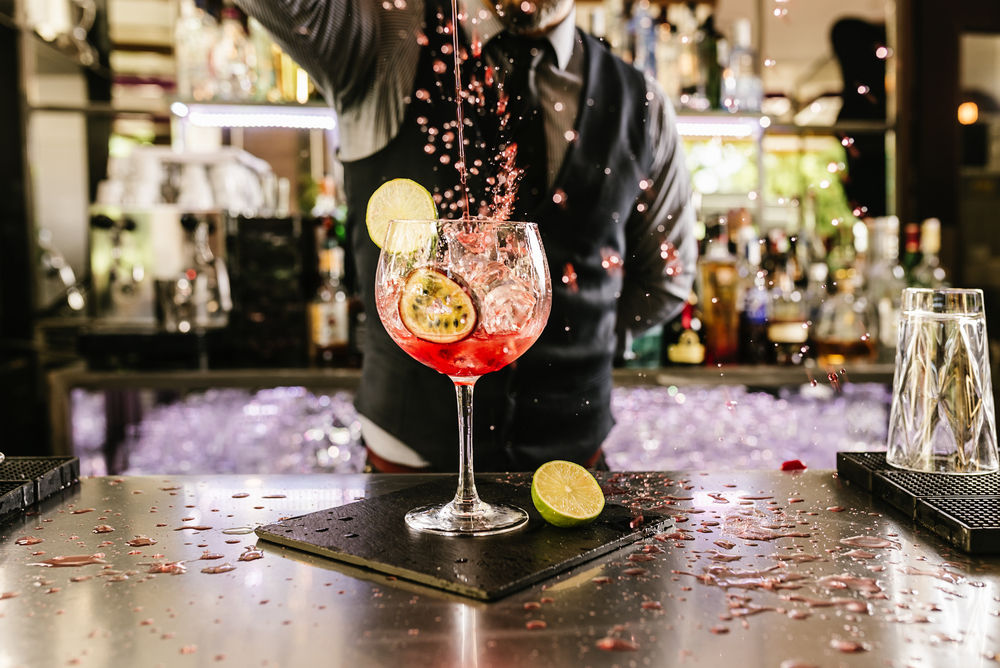 The dishes are selected from the duo’s most loved places, kind of like a love story for travel, discovery, sharing, and exploration. An atlas of flavours. There is something from Thailand and Spain, fried pizzas from Italy, and prime flavours from street food across South-East Asia to Europe in tapas (small to sharing plates). The refreshing Bomra’s Tomato Salad from Burma is one dish that surprised us with a lot of ethnic flavours, and meat and cod nachos and selection of ceviche will excite experimental palates. Khao Suey and Som Tam, a Thai papaya salad, and Bawmra, a Myanmar dish, provide South-East Asia representation. Add to that ramen, Korean BBQ ribs, baos, and a dim sum bar. Indian dishes range from a selection of chaats to a dosa bar. Key dishes include kadhi from Gujarat, Mumbai-style keema pao and chutney, and the burrata kachori with mango chutney. The cocktails are fun with a lot of infusions and twists, like the martini with a vetiver flavour from India.

A different concept from Cittamani, the space in itself is young and experimental, done by architects Tiziano Vudafieri and Claudio Saverino. Think less classic restaurant and more a modern place of meeting, exchange, talk, and tasting. Designed in an old car garage around Melzo, a dynamic Art Nouveau district littered shopping streets and fashionable little stores and bars, the restaurant has tried to maintain the feel of its surroundings. A modernist and informal atmosphere, it features colourful geometry, diagonal lines, and artsy corners that juxtapose with black terrazzo flooring. The metal artwork pieces and lights have been specially designed for the space, and the corner cocktail room, with large windows overlooking the street, is the perfect place to start the evening. And in a bid to be women-forward, will only have lady music performers, giving life to a rare female and international association in the food industry. Also, the restaurant will have constantly changing new menus and culinary discoveries, so expect find something new each time you visit.

Where: Melzo 9 in Milan

Eeshaan heads a boutique F&B group. As a trained chef and cocktail enthusiast he is constantly looking to make food and beverage interesting. He’s an avid traveller and collector of all things pretty.