If you love wildlife, you must have visited several national parks and wildlife sanctuaries. These places offer the best of wildlife and nature, bringing you closer to the wild beasts like never before. So, if you’re planning a nature-based trip, these wildlife sanctuary safaris in India are some you must check out.

Wildlife Sanctuaries in India for the ultimate adventure

The dense forests located in Uttarakhand are known for rare tiger sightings. What makes it so special is the abundant flora and fauna, including some exotic trees and shrubs, waterfalls, dams and endangered animals.

This wildlife sanctuary in India is located in Madhya Pradesh, boasting a splendid tiger population. Also visible here are the rare white tigers, which make for a magnificent sighting. With plenty of forests, meadows, wildlife and more, Bandhavgarh is a reserve that will bring you up, close and personal with nature and these beasts in a way you never thought was possible!

Among the most famous tiger reserves in North/West India is Ranthambore. Located in Rajasthan, the wildlife sanctuary draws lakhs of tourists who come here with the promise of being able to see the magnificent Royal Bengal Tigers, and rarely are they left disappointed! With several zones and plenty of creatures, a trip here promises fun and adventure.

The only lion reserve in India, Sasan Gir is home to the Gir National Park. The place, located in Gujarat, makes for some stunning lion sightings. Gir is the only place lions roam free in the wild in India, and the destination draws thousands of wildlife enthusiasts every year because of the same.

Kanha National Park is another tiger reserve located in Madhya Pradesh. The place, being located in the central highlands of India, possesses a plethora of flora and fauna, including some local, exotic trees and plants. Apart from tigers, what is also popular here are swamp deer and barasinghas, which make for stunning sightings. The place is home to jackals, wild dogs and sloth bears, as well as several birds including black ibis, grey hornbills, bee-eaters, and cattle egret, among others.

Home to the one-horned rhinoceros, this wildlife sanctuary in India makes for a must-visit for adventure lovers. You can spot elephants, rhinos, Asiatic water buffaloes, swamp deer and a lot more at Kaziranga National Park. What’s more, the location and ambient weather make it a great spot to go bird-watching, too. Go on a jeep safari or hop aboard an elephant, or go on a cruise on the Brahmaputra river to spot some more stunning creatures.

Sundarbans is the largest contiguous mangrove forest in the world, and it also houses a wildlife sanctuary – home to the Royal Bengal Tiger, a species most found in India. The UNESCO World Heritage Site is also part of the world’s largest delta, and houses several rare species of aquatic mammals, birds, and reptiles. You can opt for boat safaris to explore the variety of foliage and wildlife found here and hop atop one of the many watchtowers.

The Tadoba Andhari Tiger Reserve is among the many popular wildlife sanctuaries in Maharashtra and is also among the largest. Home to Bengal tigers, leopards, jungle cats and more, the place houses both herbivore and carnivore beasts, and makes for a beautiful place to visit. This is not all – the exotic flora and fauna here include the rare axle-wood, which is fire-resistant. 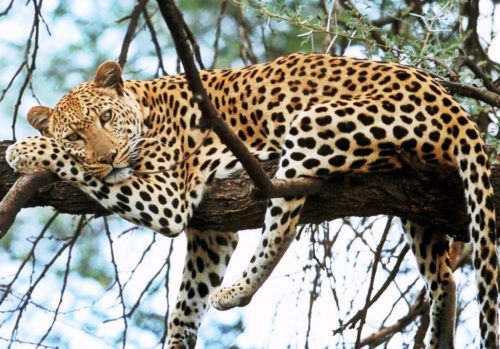 Travel
In the lap of nature: India’s most stunning luxury wildlife resorts 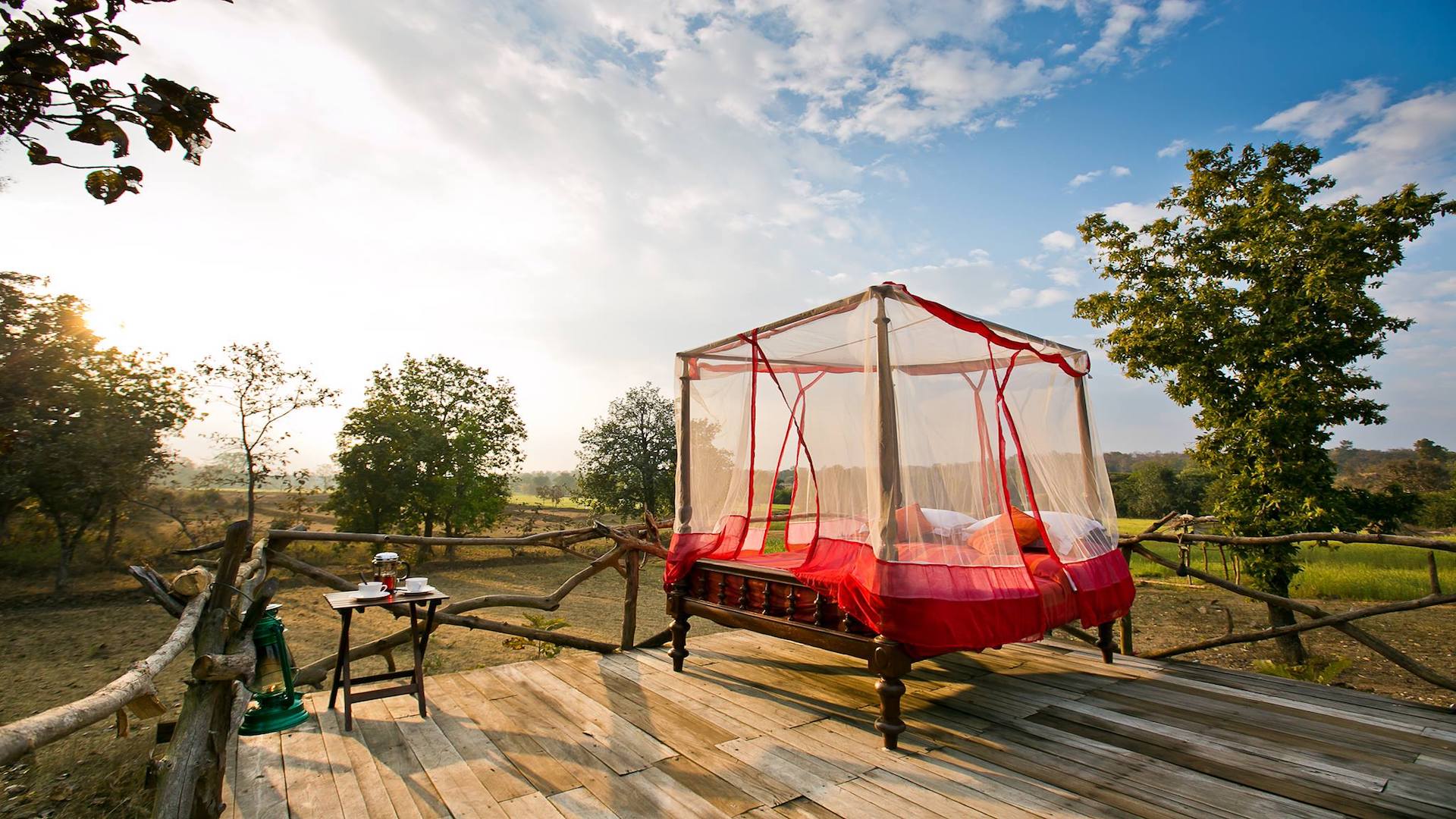 Among the UNESCO World Heritage Sites in North India, The Great Himalayan National Park is a wildlife sanctuary located in Himachal Pradesh. The place has significant biodiversity conservation and houses creatures such as the rare snow leopard, Himalayan tahr, serow, and musk deer. The place also has three endangered birds along with a few other animals, namely western tragopan, koklass, and cheer pheasants. Indulge in camping, trekking and other experiences as you soak in the stunning views.

Best time to visit: March to June as well as September to November

Located in the state of Assam, Manas is the only place to house both the Project Tiger Reserve as well as Project Elephant Reserve. The wildlife sanctuary is also the only one that is home to the pygmy hog. Travellers can visit the park for birdwatching experiences, and gain knowledge about tea plantations.

Located in Northern Madhya Pradesh, the wildlife sanctuary in India is spread over 550 kilometres. The place is home to tigers, sloth bear pangolin, Indian wolf, four-horned antelope, leopards, rusty-spotted cats, Indian foxes and many more species. It also has historic paintings dating back to the Neolithic times, which you can view while on a safari. The place is also home to 200 bird species, which make for a wonderful time.

Nestled in the lush Western Ghats, in the state of Karnataka, is Bandipur National Park. The place is said to have the second largest population of tigers, and also houses Asiatic elephants. Along with them, view magnificent creatures such as leopards, sambar, dhole, jackals, sloth bears, muggers, and four-horned antelopes.

Best time to visit: March to May

Nagarhole is a wildlife sanctuary in India which is among the most visited for its tiger population. The place houses exotic plants, animals and more, and the destination also makes for a great place to witness some beautiful birds.

Best time to visit: April and May

Keoladeo is also called Bharatpur Bird Sanctuary, as it forms among the largest places in the world for migratory birds. The place has about 230 species of birds, along with 37 species of animals. Walk along the pathways, bring out your cameras and snap avian creatures such as green sandpiper, Siberian cranes, spotted bill ducks and so many more!

Best time to visit: August to November for resident birds and October to February for migratory birds 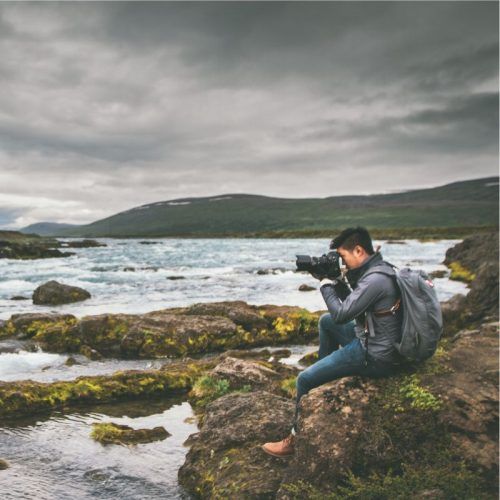 Another great destination to visit for tigers, as well as elephants (it has about 600 elephants!), is the Rajaji National Park in Uttarakhand. You can also witness leopards, over 400 bird species and more.