As summer sets in and holidays for the approaching months get planned, cool locales seem like a great idea. While most just head to the hills or Europe, there’s a growing set of people looking to blend the cold with adventure. Our bet is on ice hotels.

Ice hotels are still an anomaly, even in the Baltics. They change all the time, as they are redesigned and rebuilt each winter, incorporating tonnes of snow, ice blocks, and even intricately designed ice sculptures.

One of the ice hotels, in particular, has taken things to the next level by teaming up with HBO Nordic to bring the Seven Kingdoms to its premises. With ‘Game of Thrones’ fever in full swing, the Lapland Hotels Snow Village has constructed a ‘Game of Thrones’ themed hotel made out of just snow and ice.

Each room in the Lapland Hotels Snow Village was designed by professional sculptors from around the world with an ice figure related to the popular HBO TV drama-fantasy series. This includes a recreation of a giant White Walker with glowing blue eyes, a dragon-shaped ice slide, and even the Iron Throne, guarded by Gregor ‘The Mountain’ Clegane.

But there are more hotels like it – here are the ones we love in particular.

Hotel de Glace is one of the few ice hotels in Canada. The hotel is located on the grounds of the Village Vacances Valcartier resort, a stone’s throw away from downtown Quebec. It’s rebuilt and redesigned every year, making it a one-of-a-kind marvel in North America. The hotel itself carries 42-uniquely themed rooms, which includes luxury suites with an en-suite fireplace and spa. There are also outdoor jacuzzis for you to relax under the stars. Its Grand Hall houses a winter art gallery and there is also a behind-the-scenes tour on how the ice hotel is recreated each year. 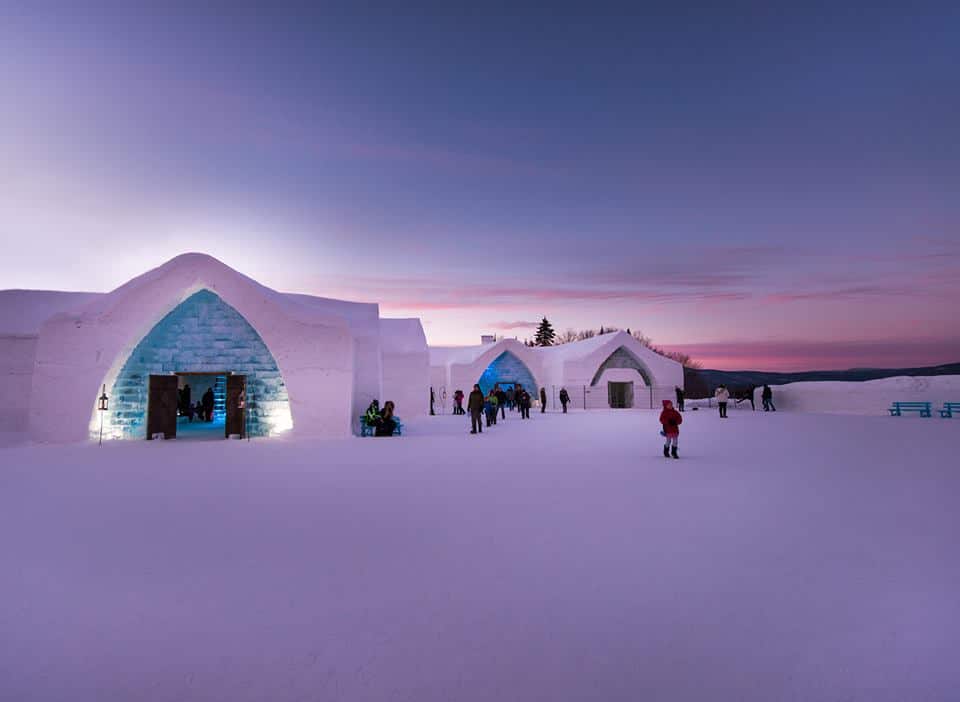 Icehotel in Sweden is one of the first resorts made out of ice and has been around for the past 30 years. The hotel itself is built from the frozen water of the Torne River. As luxurious as it gets, Art Suite rooms are carved by different artists, giving each room a distinctive personality and look. If you’re looking to splurge, the Deluxe Suite comes with its own private sauna. One of the greatest advantages the Icehotel has is that it’s located near Abisko, one of the best places to catch the Northern Lights. If you’re looking to stay in authentic igloos made by hand, book none other than the Kakslauttanen Arctic Resort in Finland. It’s located at the edge of Finland’s largest national park, Urho Kekkonen, and has a wide variety of accommodations to pick from. The roofs are crafted from frost-resistant thermal glass, and for a truly Nordic experience, you can look forward to a reindeer-drawn sled ride or even taking a dip in its negative temperature swimming pool.

To get to the Bâlea Lac Hotel of Ice, you will have to take a cable car up as it’s set up in the Carpathian Mountains. The resort itself is built above a frozen glacial lake so one can choose to stay in the hotel’s sub-zero degrees rooms or a private igloo nearby the hotel. To truly experience what Romania is like, be sure to dine at the Chalet Bâlea Lac’s restaurant, which serves authentic Romanian and Transylvanian cuisine. Even the plates used in the restaurant are made out of ice, which goes to show the originality of the resort. The neighbouring medieval towns like Brasov and Sibiu are also worth exploring for their resplendent architecture. 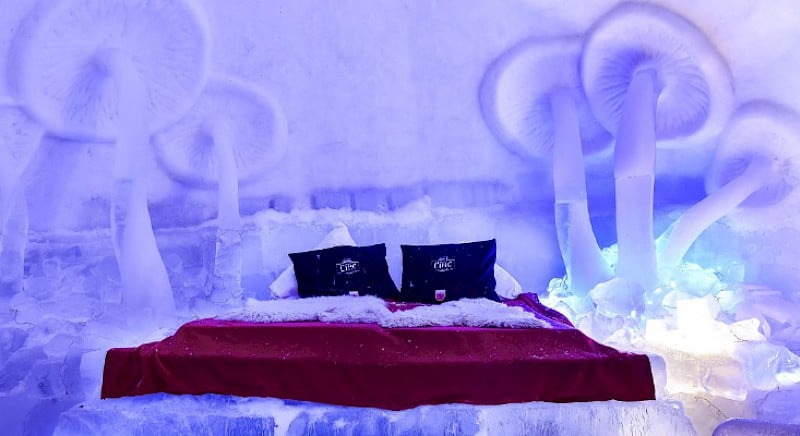 Whoever said a snow fort is just for kids have obviously not been to the SnowCastle of Kemi in Finland. Established in 1996, and with only 14 rooms, every year the castle is rebuilt in a completely new style, ensuring that its design has remained original. There is also a SnowChapel within the castle grounds, which is perfect for wedding and christening ceremonies. Wi-Liam is a Senor Writer at our KL Office, a geek at heart with a penchant for tattoos. Never without a drink in hand (preferably whisky, gin, or Guinness), he is also a writer by day and a keyboard warrior by night. On his day off, he masquerades as a streetwear and sneakerhead enthusiast while his bank account says otherwise.

Uncategorized
We reviewed the second edition of Manish Malhotra Beauty by MyGlamm
Weddings
8 Indian labels to consider when you are buying a cocktail gown
Gear
#TrumpVisitsIndia: Donald Trump’s ride is the safest car the world has seen
Culture
7 movie museums around the world for every movie fanatic
Food & Drink
The ultimate guide to cafes with free wifi in Kolkata
Culture
Weekly Horoscope: A tarot reading of Feb 24 – March 1, 2020
Style
Belgian designer Raf Simons will be joining Prada as Co-Creative Director
Travel
8 surreal natural wonders in the world that’ll outdo your current bucket list
Beauty & Grooming
Interview with Dr Apa: Meet the man Bollywood celebrities go to fix their smile
Sign up for our newsletters to have the latest stories delivered straight to your inbox every week.

Planning your wedding? Here’s why Al Habtoor City Hotel Collection should be your venue of choice