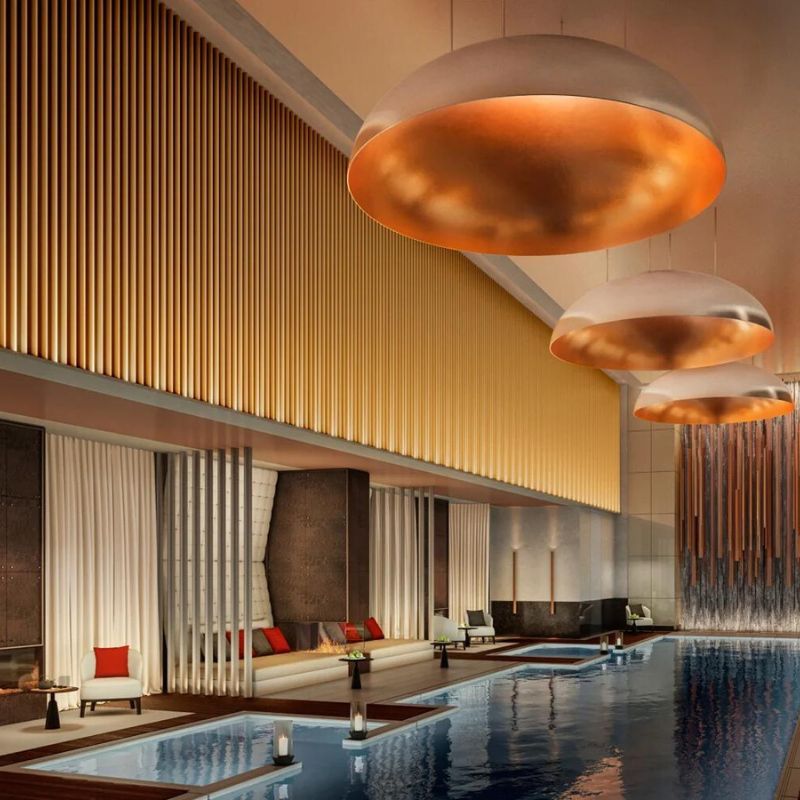 The uber-luxe Aman New York recently opened its doors to the public. The biggest hotel opening in 2022, the property has cemented its place among the most luxurious and comfortable hotels. What’s more, Aman New York is among the most expensive properties in the city, and it’s already booked for the next two months! Here are the details.

Aman New York, hotel group Aman’s latest offering, opened for guests earlier this month, on August 2. The uber-luxurious property, which had been on the bucket list for several travellers and luxury connoisseurs for years now, features 83 suites and 22 private residences for those who wish to own a luxury holiday home in the Big Apple.

However, while all this is okay, what has caught the eye of travellers is the super-expensive pricing of the hotel, going as high as USD 4,600++ (Rs 3,66,392) per night during peak season!

The brand has been known for its extravagant pricing and the comfort and amenities made available in the price range. The suites at the property are about 775 square feet each – massive, by New York standards – and come with a fireplace as well as a soaking tub. The place also features reflective pools, a jazz club, omakase-style dining, and a 65-foot indoor pool. The spa here sprawls over three floors, and comes complete with outdoor hot and cold plunge pools as well as a hammam bath.

Designed by renowned architect Jean-Michel Gathy of Denniston, the property pays homage to the Crown Building’s architecture, imbued with the spirit of the hotel. It also pays homage to the Asian roots of the hotel chain itself. Aman New York is offering entry-level rooms at between USD 3,600 (Rs 2,86,760) to USD 4,000 (Rs 3,18,622), with pricing set to change as seasons change, according to One Mile At A Time. What’s more, the hotel is already sold out for the first two months, if reports are to be believed!

What’s also interesting to note is that among the things that make Aman New York among the most expensive addresses is its super luxurious residences. According to real estate news portals, one of these units has already been purchased by an anonymous buyer for a whopping USD 53.4 million (Rs 4,25,45,64,900), with no loans attached!

10 new ultra-luxurious hotels to visit in Japan in 2023

Making a return to Thailand to see the world-famous beach, Maya Bay