Watch out for these 14 international hotels opening in 2022

The anticipation is getting real with the upcoming launches of these 14 international hotels that promise luxury travel at their finest.

Let these forthcoming international hotel launches guide your travel plans for 2022. While some have announced their opening dates, others have given us just a taste of what’s to come — enough to make us hungry for more. Either way, we suggest you keep yourself updated, for you’re not going to want to miss out on these new arrivals.

Stay on the lookout for these 14 upcoming international hotels Come January 15 2022, the Conrad Tulum Riviera Maya will open its doors to guests. Sustainability, serenity and style are the keywords of the awaited hotel. Caribbean fun, white sandy beaches and an indulgent spa await guests of the Conrad. Relax Tulum, popularly known as the home of yoga retreats. Get your exploring shoes on as you walk through the preserved ruins of an ancient Mayan port city at Riviera Maya. 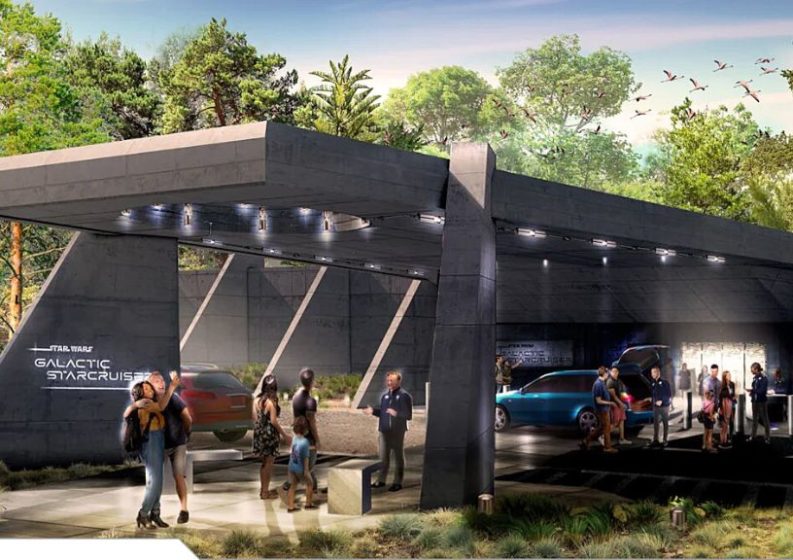 From March 1, 2022, Disney World is taking Star Wars enthusiasts on the Galactic Starcruiser for a two-night experience wherein you will be the protagonist of the legendary story. From the moment one reaches the Walt Disney World Resort terminal, the experience promises to be the most immersive simulation you’ve ever experienced. With a view of space, mingle with characters, plot missions, wield a lightsaber and chart the Star Wars story that never gets old. 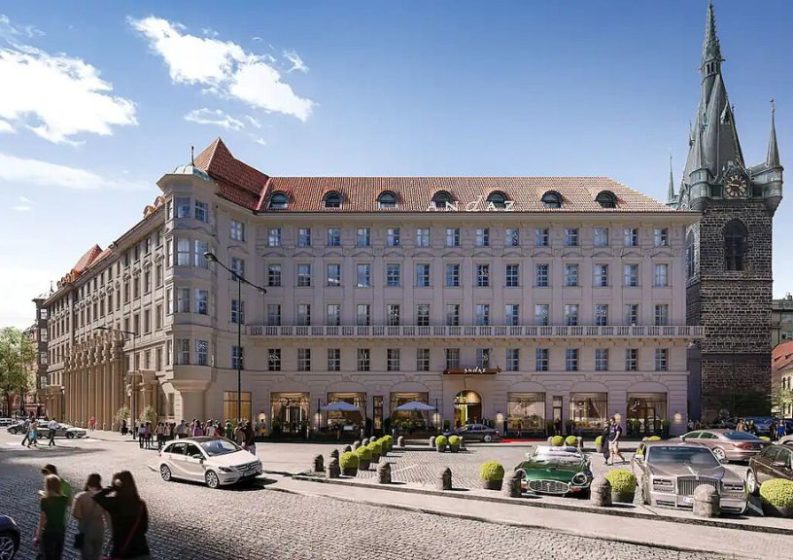 Mark your calendar for March 7, 2022, which is when the luxury lifestyle hotel, Andaz Prague will start accepting reservations. Located in the historic Sugar Palace, the hotel is within walking distance of some of the most beautiful sites in Europe. Live in lap of luxury and surround yourself with the local flavours of the wonderful city of Prague. 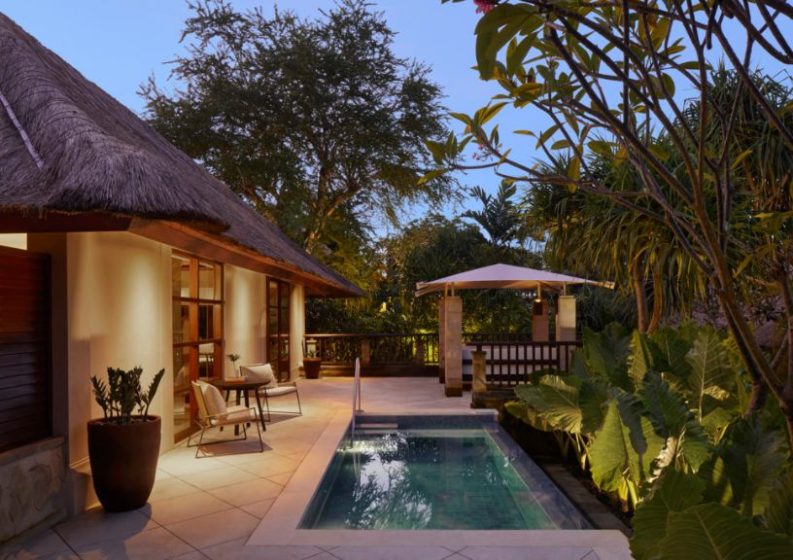 Relax in a hillside estate and let Kimpton Naranta offer you a stay you won’t forget. The resort features 50 private villas – most with a private saltwater plunge pool and views of the tropical landscape, Maj Valley, Mount Agung or the Indian Ocean. Be ready to make your reservations on March 31, 2022, and head to the soulful paradise also called Bali. In Manhattan‘s NoMad district, a new hotel is set to make a splash this year. The Fifth Avenue Hotel is breathing fresh life into an old New York icon – the McKim, Mead & White building. The hotel is rooted in the grandeur of luxury, with 153 richly coloured rooms, designed by Martin Brudnizki, a ballroom and a signature restaurant, along with stunning art pieces scattered across the hotel, a library, gym and an outdoor terrace. The hotel, however, retains the charm of the New York landmark. Life House is launching a mountain lodge, in Lenox, a town in Berkshires Massachusetts. The space is inspired by the figure of the retreating writer, with Lenox having been the setting for some of the literary greats, like Herman Mellville and Fanny Kemble. Little touches across the rooms reflect this inspiration, such as the secretary-styled writing desks and 1970s themed furnishings. The lodge is set to open in the spring of 2022. 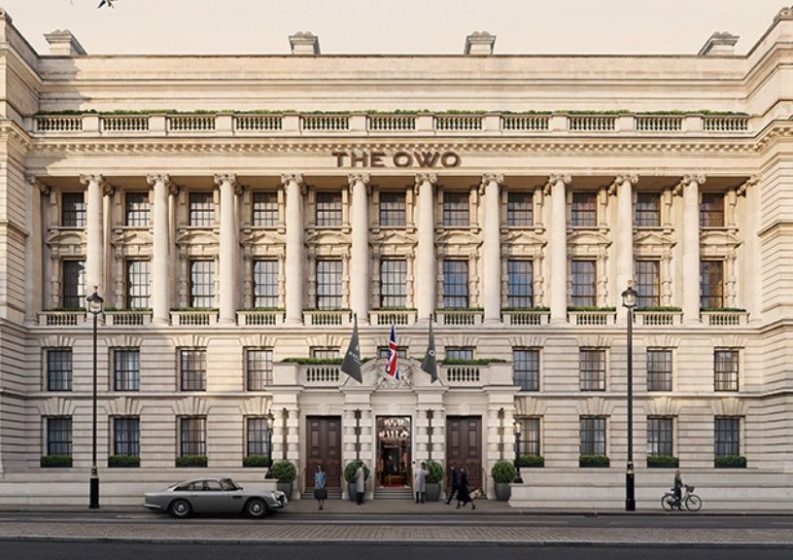 From its first hotel in Singapore (back in 1887), Raffles is set to launch its first hotel in London, at the iconic Old War Office building, with 120 rooms and suites. Built in the early 20th century, it has gone through quite the journey, from Winston Churchill to then being reborn with an immersive spa with a 20-metre indoor pool and separate vitality pool. This launch is a homecoming of sorts for the luxury chain, which is named after Sir Thomas Stamford Raffles, the British statesman who founded Singapore. 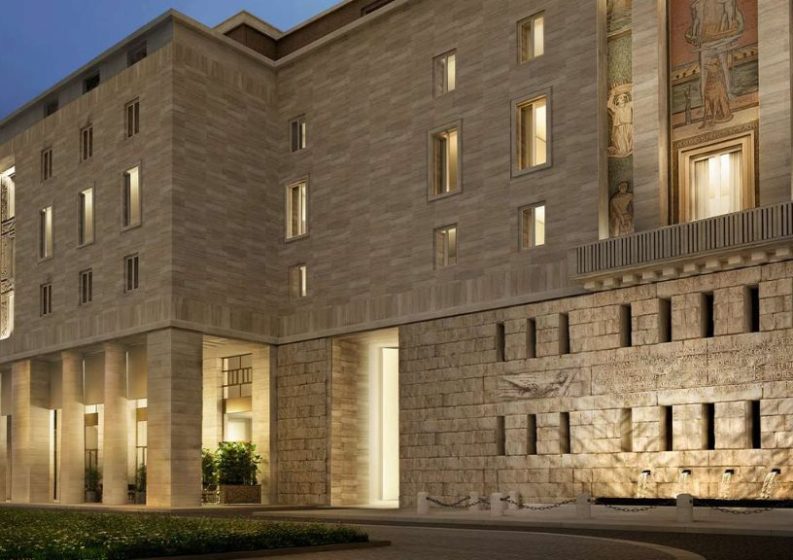 The birthplace of Bvlgari, Rome, is finally going to be home to the luxurious Bvlgari Hotel. Under the helm of Italian architectural firm Antonio Citterio Patricia Viel, a 1930s building will be transformed into a new hotel, with over 100 rooms, a restaurant under Michelin-starred chef Niko Romito, and both modern and antique art pieces that symbolise the cultural legacy of the city. The upcoming hotel is a homage to the city that inspires the renowned Italian luxury jeweller. 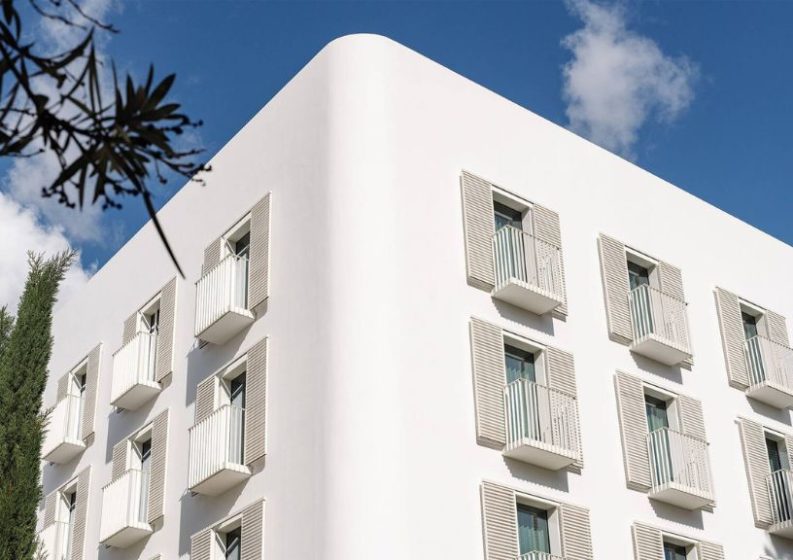 The Standard, known for its boutique hotels and trendy stays, is on its way to Ibiza, specifically in the heart of Old Town. The aim is to celebrate the party island’s rich cultural life. Only steps away from Vara de Rey, The Standard’s stark-white building is completed with bright, eclectic décor, a rooftop pool and restaurant, along with another restaurant on the ground floor. The hotel promises a sense of romance, a fine stay, and perhaps a little mischief — in the true Ibiza way. 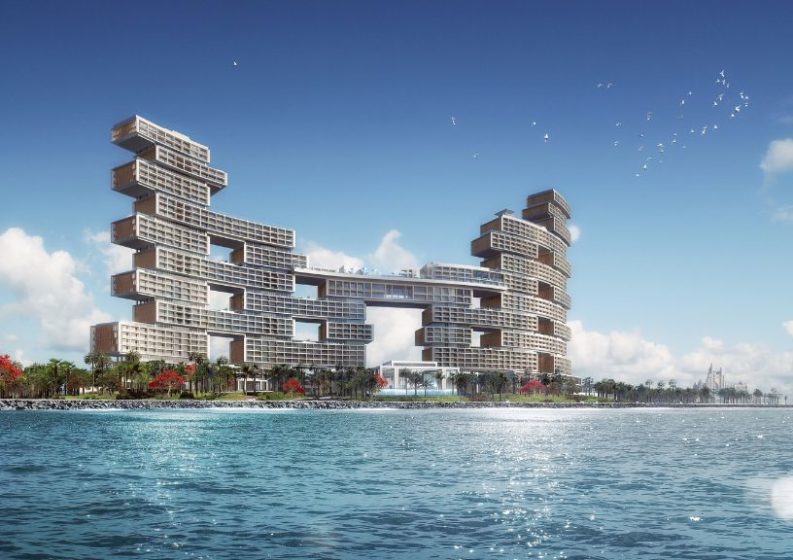 The Atlantis can be trusted to provide a maximalism style in a way that lets one truly escape reality. Atlantis The Royal, close to the beloved The Palm, is another dreamlike stay that we’re keeping an eye out for. The 43 storied building includes rooms with mesmerising views of the Dubai skyline and the Arabian Sea, suites with private pools, restaurants from the likes of Heston Blumenthal that take you around the world, a sky pool and a ‘fire meets water’ fountain. Opulence is the heart of The Atlantis. 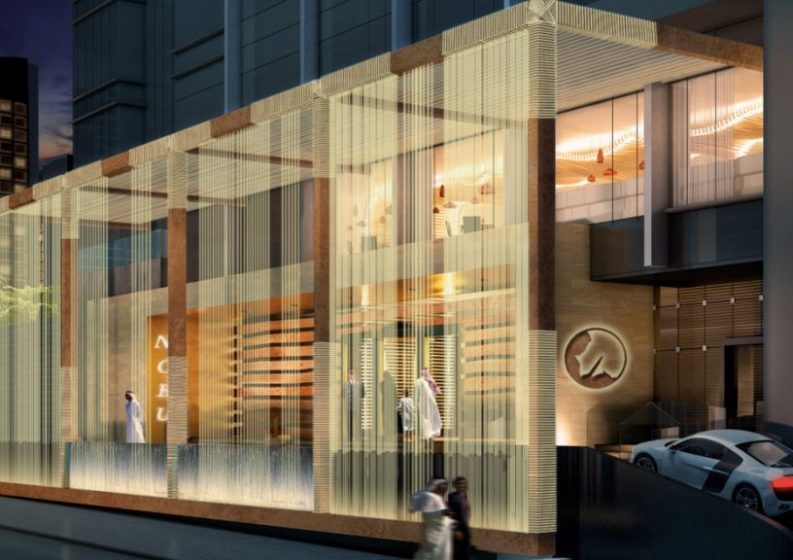 Coming soon to Riyadh is the Nobu Hotel, a modern luxury 23-story glass-panelled skyscraper. Nobu seeks to bring classic Japanese design to the Kingdom of Saudi Arabia. The hotel exudes modern technology mingled with craftsmanship, which the 119 stylish guestrooms and suite embrace. Artful yet functional, the rooms are designed by the globally acclaimed Rockwell Group. Of course, the hotel will be home to the world-renowned Nobu restaurant. 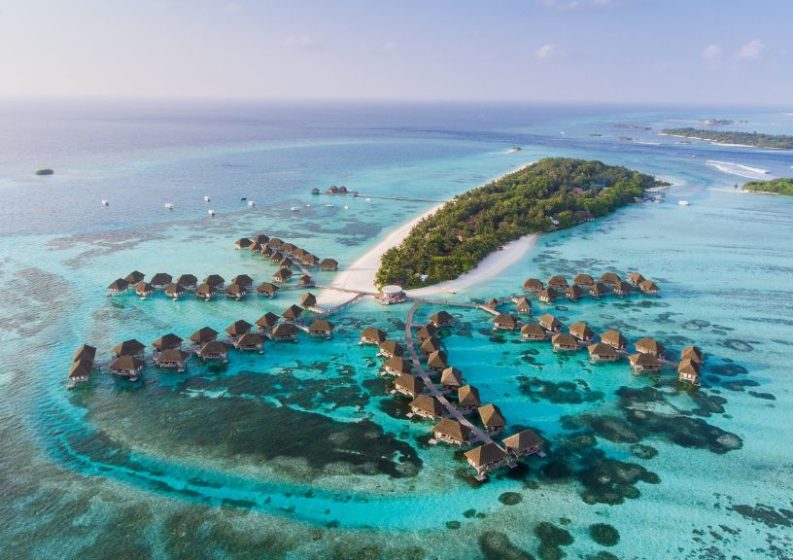 Settled amidst the green reef, Alila Kothaifaru Maldives is located in Raa Atoll. Watch the sunrise and set from their 80 beachfront and overwater villas. The hotel is for sure going to call out to diving enthusiasts, for it is close to Hanifaru Bay, a UNESCO World Biosphere Reserve.

Alila, Sanskrit for surprise, is known for luxurious living that embodies the ethos of being in the moment, and when in the Maldives, not a moment can or should be missed. 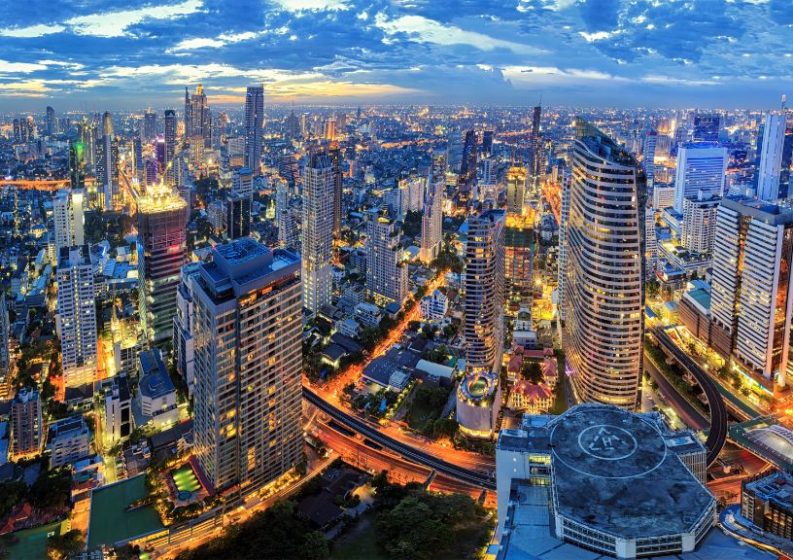 In 2022, The Standard is going to find itself in one of Bangkok‘s tallest buildings. The innovative city is perfect for their flagship hotel in Asia and we cannot wait to hear more, though we know The Standard will reflect the vivacity of the capital city of Thailand. Edition Hotels have a clear focus on having each hotel embody the locale of the city they’re in, with an added touch of glamour. The Madrid EDITION, with 200 beautifully appointed guest rooms and suites, near Puerta de Sol, is the public square home to the famous clock whose bells mark the traditional eating of twelve grapes during the countdown to the new year. The Madrid launch marks the second Edition hotel in Spain, the first one being Barcelona.

This article was previously published on Travel + Leisure India

These hotel openings in India will make you want to plan a trip ASAP!

I lived a true hedonist’s dream in the Maldives, thanks to Soneva Jani