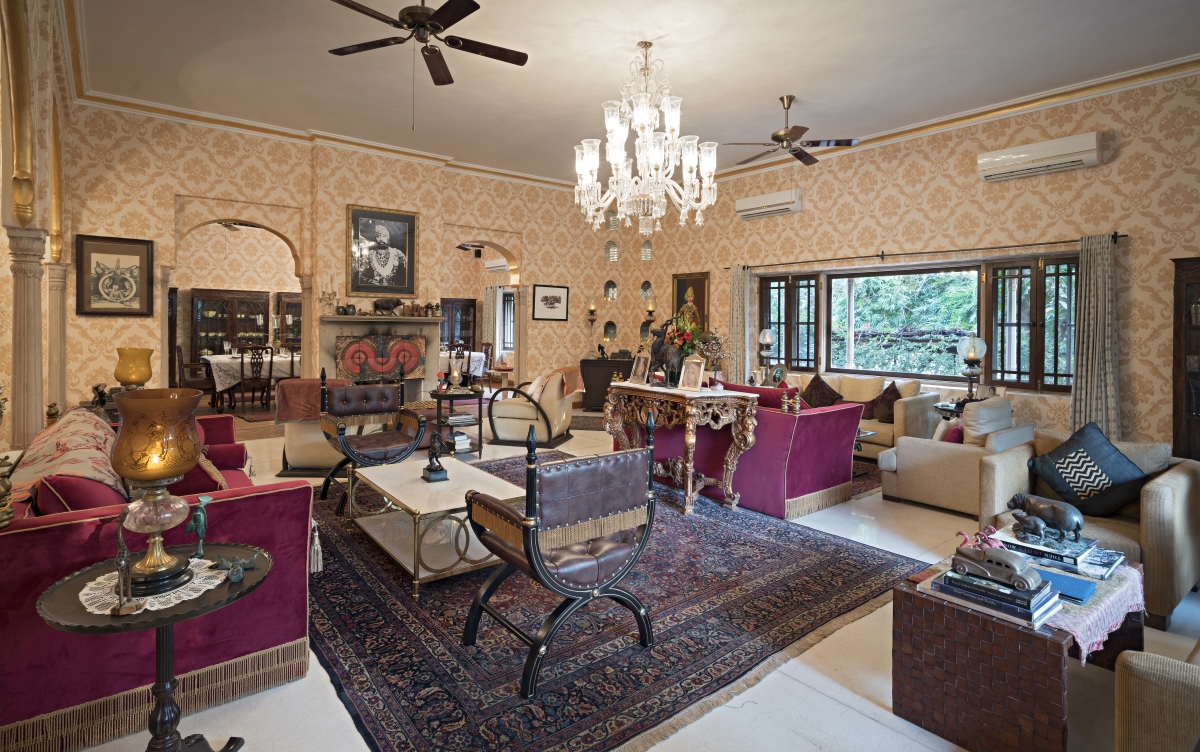 Srinivas Palace: Enjoy a royal staycation in the home of a Maharaja

Travel
Srinivas Palace: Enjoy a royal staycation in the home of a Maharaja
Share this article
Next article

With the whole world turning to ‘less is more’ ideology, erstwhile royalty is a look back at India’s regal lifestyle. If royal staycations are on your speed dial, then make a call to Jaipur because it has unveiled its newest property with Niraamaya Private Residences: Srinivas Palace.

The trip was planned carefully around Jaipur’s favourite tourist time, January. Coincidentally, it is also the time when the entire city starts buzzing with literary fanatics for the Jaipur Literature Festival. 30 km from the Jaipur Junction Railway Station, Srinivas Palace sits quaintly in the sleepy town of Kukas, enveloped by the Aravali Hills. As soon as one leaves the city behind, the noises eclipse and the silence ensues.

Srinivas Palace is the private residence of Maharaja Karanvijay Singh Ji of Jodhpur. Used as the main house for the upkeep of his ponies, Maharaja’s love for the game of polo is evident here. The dull pink facade of the Palace is inviting and aspirational, not intimidating; it complements the green-tiled swimming pool at the entrance and the old-school stable on the far right.

It’ll take you a few minutes to take in the aura of this place. Unlike other royal retreats, Srinivas doesn’t greet you with obscene grandiosity instantly; it peels through the history of its former residents one by one.

There are seven rooms here, and each one contributes to the unique characteristics of the place. My room, Mehmaan suite, featured hand-knotted Persian rugs, a four-poster bed, ornate dressers, wooden cabinets, copper tumblers, and three overpowering frames of the ancestors of Jodhpur’s royal family.

While the rooms reeked of old-world charm, it didn’t compromise on modern amenities. Mehmaan suite and Tikka Sahib are guest rooms that have hosted many dignitaries over the years. These dimly-lit rooms are blessed with ample sunlight and view to their manicured gardens. Other rooms are the Maharaj Sahib, Rani Sahib, Kanwarani Sahib, Rajkumar Sahib & Bhanwar Singh. All these rooms are different in their own way, but the common denominator is their homely goodness.

At the centre of this two-floored luxury hotel is the chawk (courtyard), decorated with a traditional Indian angeethi (fire pit) and victorian patio seatings – perfect for late afternoon teas. The formal dining area is known to have hosted many royalties and members of the sporting fraternity. Adjacent to the intimate dining setting is the living room that’s bound to hit you with a ”Woah! I’m living in a royal home” feeling. The decor flaunts abundant family photographs, vintage paraphernalia, antique furniture, travel souvenirs (African trinkets are unmissable, as the Maharaja was fond of African culture), and art pieces that exhibit Rajasthani craftsmanship.

Before you head out to explore the exteriors, don’t skip the terrace. The Ghoomti (dome-like structure) adds to the essence of the Palace. You can either soak some sun on a classic charpoy or have the staff arrange a yoga session for you, with a professional. Not to mention, it offers a 360-degree view of the Aravali Hills.

Owing to its secluded and lush location, Srinivas Palace spoils you for choice with leisurely activities such as chilling out at their Bada Bageecha over a cup of tea or coffee. The management will also take you around on a short hiking trip with their ponies. Their exclusive Srinivas Spa is also under construction to make the stay even more worthwhile.

Another thing Srinivas distinctly flaunts is their Jodhana hospitality style. All meals are served at Kachnaar Ghar, a restaurant named after a Kachnaar tree there. Their à la carte menu has three meals, and cuisines can vary from continental and Italian to Mughlai and traditional Rajasthani (mind you, the Rajasthani thali is to die for).

For the weekend that I stayed here, my two breakfast spreads included Bajre ki roti with makhan and classic omelette with roasted sausage. The seasonal vegetables and fruits are sourced organically from the Rasoi ki Sabzi garden area.
For lunches, I had a mushroom cappuccino (soup), fresh green salad, and grilled chicken with fresh veggies followed by a slice of the chocolate brownie cake; and lemon lentil soup, garden-fresh lettuce salad, and Nile perch fish with fresh veggies followed by a banana cake with butterscotch sauce.

But what I enjoyed the most was dinner since I used to come back famished after a day full of city travels. I felt like I earned it. For dinners, they served Rajasthani thali followed by Bajre ka halwa; and tomato soup with coriander, laal maas, gatte ki sabzi, mix vegetable followed by gulab jamun. The traditional Rajasthani cuisine has my heart and gets extra points for maintaining the spice level, as promised by the staff.

The beauty of Srinivas Palace lies in the fact that it isn’t in-your-face ritzy. It is a place you can visit with your friends or family for the weekend, yet feel and live like royalty. The only drawback is that you’d have to take your own car as Ubers or taxis may have a tough time finding your location on the map.

Places to cover in Jaipur over the weekend:

Jantar Mantar; Hawa Mahal (shopping included); City Palace (Rs 3,000 for foreigners and Rs 1,500 for Indians, and Museum charges are Rs 200); Amer Fort and Chand Baori; Nahargarh Fort (try to make it before sunset); Jal Mahal promenade (for a sinful kulfi in the evening).

Added tip: You can also call the management before making an itinerary to know about any upcoming polo matches, they’d gladly fix it up for you.

Royal retreats in India Best places to stay at in Jaipur Jaipur Travel Guide Srinivas Palace royal staycation royal retreat in Jaipur
Harleen Kalsi
Harleen feeds off her nomadic spirit and incessant shenanigans on the road to stay alive. When not writing, she is busy searching for a good read/art/act.
Travel Culture Nature & Society Art Design

Bucket list: Experience the ‘barefoot chic’ makeover of Seaside Finolhu in the Maldives

Planning a Goa getaway? Check out the best hotels to escape the crowd