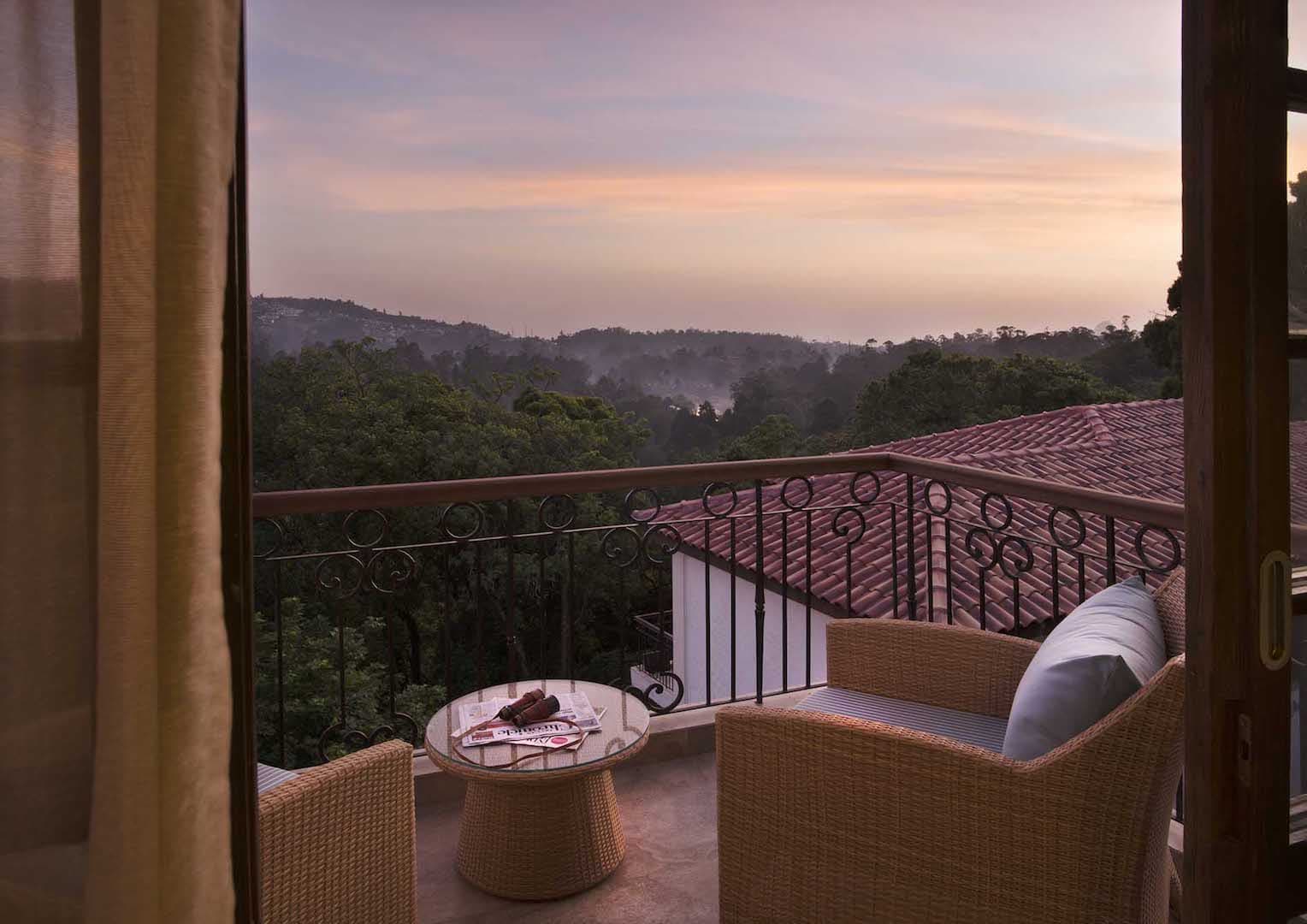 The Tamara Kodai: Why luxury travellers are flocking to this new address in Kodaikanal

Travel
The Tamara Kodai: Why luxury travellers are flocking to this new address in Kodaikanal
Share this article
Next article

Kodaikanal is to southern India what Shimla is to the North Indian holidaying crowd, or so I believed, till I took a short trip to the idyllic hill station on the crown of the Palani Hills to visit the new The Tamara Kodai.
Located at an altitude of 2,195 metres, Kodaikanal is the only Indian hill station to be developed by the Americans. The traces of this legacy can be found in generous measure across the city in the form of distinct stone architecture. The Britons soon followed suit and converted Kodai into their summer retreat. What one sees today is a graceful amalgamation of Victorian charm and laid-back American vibe, blessed by thick, cumulous mist, a quintessential feature of the Western Ghats.

The Tamara Kodai, better known as La Providence among locals, was among the first few bungalows to come up in Kodaikanal. A monastic retreat in the 1840s, the heritage structure has been restored and converted into a sprawling resort, with its colonial lineage intact in the form of tiled roofs, azulejo tiles, stained glass doors, and cosy fireplaces. In the backyard of its French-style cottages lies the sprawling Pambar Forest, home to virgin waterfalls, gorges, and plants, including the indigenous neelakurinji.

Syed Mehaboob Aalam Kusugal, the guest relations manager at The Tamara Kodai and a former Greenpeace activist, accompanies me as I trek the Livenge Trail to witness a spectacle that demands a waiting period of over a decade. Found in parts of the Nilgiri and Palani hills, the neelakurinji blooms once in 12 years, between the months of June to September. This blossoming cycle was used by members of the Paliyan and Puliyan tribes (the first settlers of Kodaikanal) to calculate their age. After trudging through the leech-infested trail and chancing upon intriguing flora, such as the button-shaped seeds of eucalyptus globulus and the wild Indian tobacco that reportedly cures lung-related diseases, we were welcomed by the sight of a thick carpet of blue on a faraway slope, set against azure, dark hills.

As stunning as the sight was, I was more absorbed by the quiet in this part of the woods. Unlike many of my previous expeditions in the North, where befriending fellow trekkers is the norm, this trail felt virgin, with the two of us being the only humans as far as the eye could see. On the way back, we made a stop at the foot of a waterfall, where the women of the Pulliyan tribe enjoyed their elaborate bathing ritual that involved performances by the younger members.

On that evening, I was introduced to my bike, Btwin Rockrider 340 MTB, which took me to the pristine, meadow-like landscape of Kookal, eight kilometres from the resort. Unperturbed by city traffic and graced with a cool breeze, the ride uphill to Kookal was a revelation. A tiny village of terrace farmers, Kookal wears an inviting vibe with its pine-lined forests, lakes, and waterfalls, akin to a quaint European town in the Alps. If you wish to hang around, the resort arranges lunch spreads against a lake of your choice, the song of the Malabar whistling thrush and a gushing stream making up the only sounds in the air.

The old & the new

Back at the resort, a group of architecture students from Delhi joined me for a tour of the property with Syed. In his mid-30s, Syed is an ardent antique collector with a keen eye for detail — his collection ranging from vintage teak chessboards to Victorian chairs. His love for all-things-old was evident in the eagerness with which he showed us around La Providence, the main structure from the 1840s that now houses the eponymous all-day restaurant. Flipping through old pictures, we joined the dots on how noted architect N Mahesh had restored a 200-year-old structure and converted it into a regal, gothic beauty. A quick walk through the ornate corridors, recreational spaces, and the cafe, Bistro 1845, and I was already in love. Its high ceiling, checkered floor, and colonial accents conveyed a sense of grandeur, the kind you can find only in heritage buildings.

Though Kodaikanal has been a popular honeymoon destination for decades, it thrilled me to be at a ‘touristy’ place, and yet, not be swarmed by tourists. The team at The Tamara Kodai deserves a mention for curating the kind of experiences that only locals would know. I plan to return soon with a big group of friends and make sure that we take the long walk down the alleys that divide the British and American settlements, get bewitched by the aroma of Angel’s Trumpets, admire the architecture of Kodaikanal International School, go antique shopping at Danish Display, and learn a thing or two about homemade walnut chocolates. Because, as Syed put it, “On a three-night trip, you barely scratch the surface.”
This article was first published in travelandleisureindia.in.

Journalist. Intrepid Traveller. Unapologetic Shoe-Lover. At Travel+Leisure, Shikha is conquering the world one trip at a time.

Beauty & Grooming
These are the most effective luxe sunscreens for Indian summers
Style
Sneaker Culture: 5 cult-classic sneakers that are absolutely worth the hype
Food & Drink
Could these futuristic restaurants be a reality post-pandemic?
Culture
Follow these YouTubers to ace the art of decluttering
Style
This is a good time to give your leather shoes some TLC
Gear
The 2020 Mercedes AMG GT R could be the fastest Merc on Indian streets
Culture
Quarantine art: 11 FaceTime shoots we can’t stop staring at
Culture
Kenny Sebastian’s new Netflix special debuts this weekend, and here’s a quick look
Style
Sonam Kapoor Ahuja is a real sneaker head, these images prove the fact
Sign up for our newsletters to have the latest stories delivered straight to your inbox every week.

Who says you can’t enjoy these 5 scenic bathtub views around the world? #VirtualTravel

Srinivas Palace: Enjoy a royal staycation in the home of a Maharaja