There was a time when backpacking through Europe was on every twenty-something’s summer ‘rite of passage’ bucket list. Fast forward to 2021, and we’ve moved on to a more luxurious version of this notion — renting castles for a spectacular first-class vacation experience. We’ve found eight enchanting European castles, some dating back to the 12th century, to spend at least a couple of nights — if not a few weeks — for your post-pandemic holiday.

Travel
Schoolcations: The newest travel trend your kids will love to experience
Travel
Bucket list 2021: Top 10 places to travel to this year
Travel
Scrolling through our favourite celebrities’ Insta for travel inspiration 2021

The palace was founded in the 17th century by a cardinal, before being taken over by the Odescalchis, an Italian aristocratic family. The palace is currently owned by Princess Maria Pace Odescalchi, a descendant of the family, who restored it a few years ago using 1,100 square feet of marble procured from ancient quarries in Italy. An extra payment lets you engage the services of exclusive contacts — experts from the worlds of cuisine, fashion and art — of the Odescalchi clan for a guided tour in and around the city. 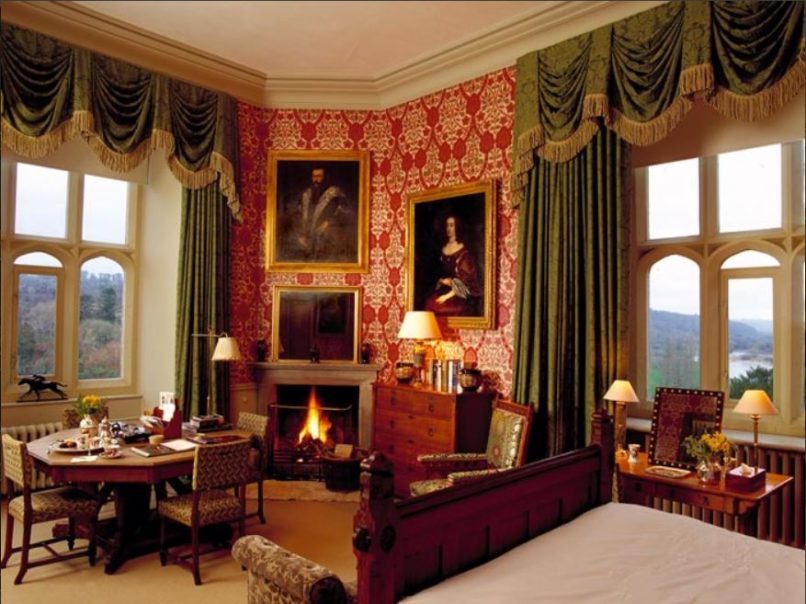 Located on the banks of River Blackwater, Lismore Castle has hosted famous luminaries the likes of Fred Astaire, Cecil Beaton, Lucian Freud and John F Kennedy over the last century. All of its 15 bedrooms can be rented for up to 27 people when not occupied by the family of the Duke of Devonshire.

Originally built by King John in 1185 AD, Lismore’s walls literally bear the mark of cannon balls from the Cromwellian wars of the late 17th century when a Catholic confederacy plundered it. Its gardens are situated in Waterford, Ireland’s oldest city, and are believed to be the oldest continually cultivated in the country.

While the picturesque river valley is in itself worth exploring, nature lovers can also head to the Fota Wildlife Park in nearby Cobh. The park is spread across 100 acres and is the only place in Ireland where cheetahs can be seen running to catch their prey.

For those interested in culture and history, there are buildings such as Ireland’s national monument The Rock of Cashel and the St Finbarrs Cathedral in Cork City. And should you choose to visit the Blarney Castle north of Cork City, don’t forget to kiss the ‘Blarney stone’ — it is believed doing so gives the power of eloquence. 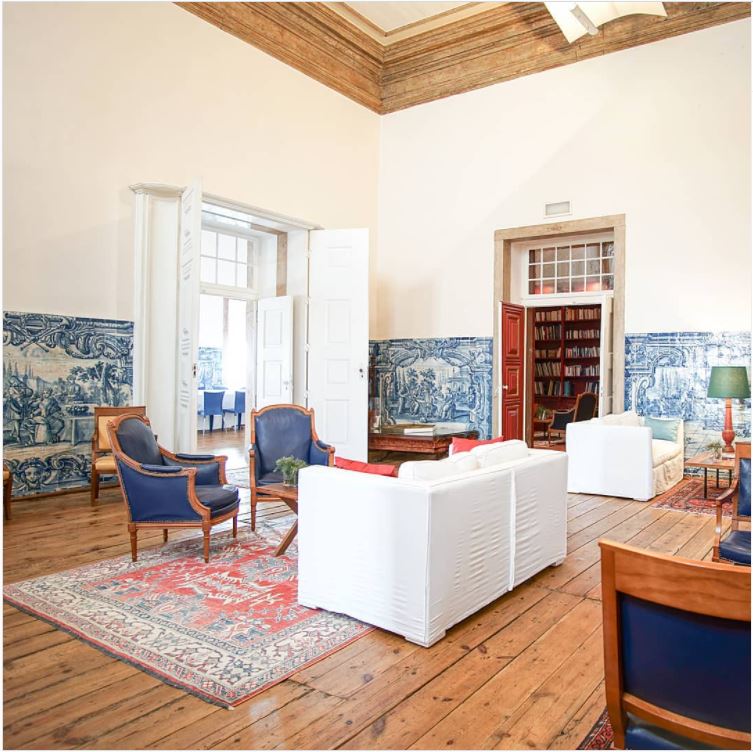 Palácio Belmonte is located in the old neighbourhood of Alfama next to the River Tagus (also known as River Tejo). Construction began in 1449 during Portugal’s Moorish period and continued in phases for the next 200 years.

One of its finest architectural attractions are the 59 panels made of more than 3,800 customised tiles that were installed along the walls of the building by two Portuguese master tile-makers in the early part of the 18th century. The palace was repurchased by French-born landscape collector Frederic Coustols in 1994 and later renovated by him and his wife Maria.

Every suite in the palace is different in its design, style and size. For instance, the Padre Himalaya is a three-level double suite in the Roman tower of the palace with windows offering 360-degree views of the Alfama and Tagus. On the other hand, the Ricardo Reis suite, whose bedroom can be accessed by a spiralling medieval staircase, has hand-painted 15th century frescoes as well as customised tiles.

There are three ways to truly experience the magnificence of the palace. The first is by renting the entire Palácio Belmonte, which gives access to all 10 of its suites and everything that is part of the palace. The second is to book the garden suites, which comprise three suites, one library, three Piano Nobile rooms, the East Terrace with river view, and the garden and pool.

The third is called the Dom Afonso Henriques experience, where guests can not only book the entire palace but also get to enjoy perks such as dining for three nights at Grenache Restaurant, travelling in a limousine, a guided tour of Alfama, a boat ride over Tagus, and a special night listening to Lisbon’s traditional Fado music. All the rooms of the palace face its well-maintained garden within its 12-acre park. The palace has five artistic guest rooms named White, Green, Red, Gold and Apartment, each decked out in wallpapers of corresponding colour palettes.

Admire the intersection of Polish, German, and Czech history reflected in the architecture of the palace, which was initially built as a defensive mansion with a moat in the 17th century. From horse-riding to hiking, the palace offers an array of exciting outdoor activities for its guests.

Be it a business meeting or a wedding, special events can also be organised here. Among the notable attractions nearby is the UNESCO World Heritage listed Evangelical church of Jawor. The wooden timber-framed building was constructed in 1648 AD after the Peace of Westphalia. Imagine having a castle boasting 17 bedrooms all to yourself. Home of the Mostyn family — one of the two lines of the Welsh baronetcy — since the 15th century, and later an abbey for Benedictine Nuns, the Westbury Castle is an iconic piece of Wales’ history.

Everything from its grand entrance hall to its state dining room is opulent — glittering chandeliers hang from its ceilings, while its spaces are furnished with plush sofas and ornate carpets. A grand piano also takes pride of place in one of the drawing rooms. The stately chapel banquet hall can accommodate up to 200 guests. You can host a party, get married here, or simply spend some chaos-free time in the lap of secluded luxury.

The structure that stands today was built in the early part of the 17th century by English nobleman John Poulett, 1st Baron Poulett. In 1984, the castle was acquired by record label tycoon Margarita Hamilton with her then-husband Rai Hamilton and underwent major renovation.

The Grade II listed property, which is defined by the UK government as any building or structure “of special interest, warranting every effort to preserve it”, has eight rooms in its octagonal keep, five of which are in the turrets. Located on the top of a hill, the castle lords over the woods of North Somerset and the Bristol Channel that separates England from Wales — promising unmatched, Instagram-ready views. You can go horse riding, try your hand at medieval archery, or simply take leisurely walks to explore the quaint surroundings. 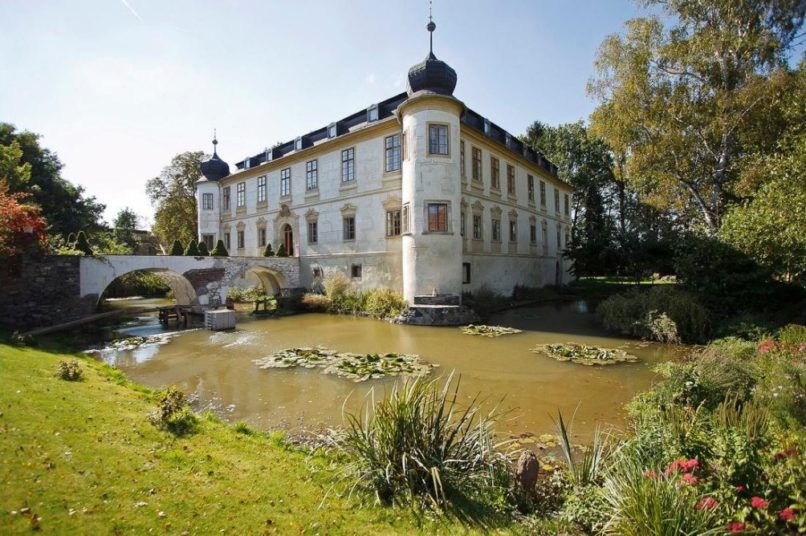 How about spending some time surrounded by a special collection of outstanding contemporary art? Since 2003, the Château Třebešice has been inviting Czech and international artists to stay a few weeks at the castle and create artworks that reflect the history and memories of the older generations.

There are around 80 such art pieces to be seen at the château. In fact, the suites in this renaissance-era castle could very well double up as galleries. Guests can choose to spend their time taking in the paintings, stroll in the gardens, go hiking, or visit the UNESCO World Heritage town of Kutná Hora just five kilometres away.

Another major attraction is the Empire style Kačina Castle which was built between 1806 and 1824 as the summer representative seat of Johann Rudolf, Count Chotek of Chotkow and Wognin, who was the then-president of the governorate and the highest burgrave (German nobleman) of the Kingdom of Bohemia. The castle became a national cultural monument in 2001 and is 11 kilometres from Château Třebešice. 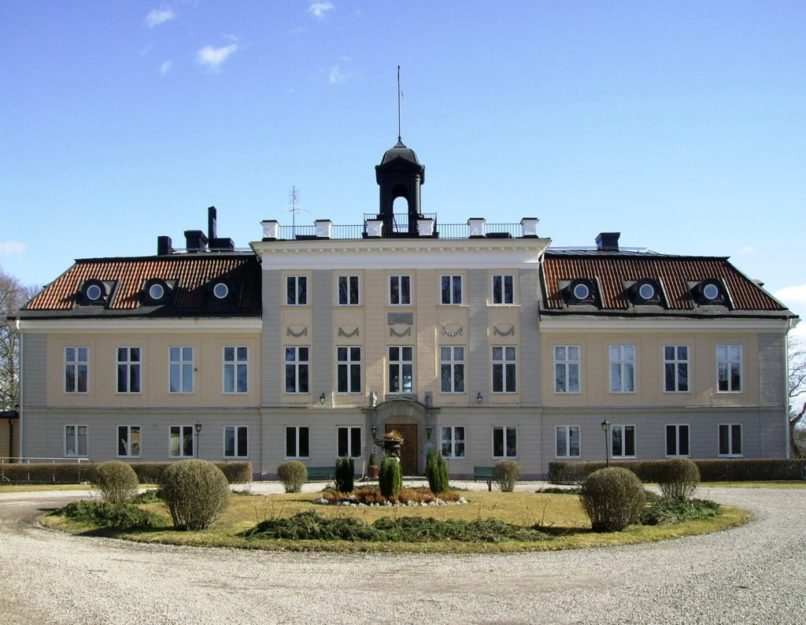 The 18th century castle was originally built as a manor house four centuries ago. It doubles as a luxury hotel and features a grand façade with perfectly manicured English-style gardens surrounding it.

Located by the Lake Frösjön in Södermanland County (locally known as Sörmland), it is one of the best places to experience the untouched natural beauty of the Swedish countryside. Guests enjoy stunning views of the pristine lake from all its stately rooms. Another thoughtful highlight of the property is that it features accommodation options accessible for the differently abled, and it’s also pet-friendly.

Hero and featured image courtesy of Johannes Krupinski via Unsplash

Rejuvenate at these wellness retreats in India once the curfew lifts

What is Bleisure, the next travel trend in a post-pandemic world?