MG is not shying away from a fight in the full-size SUV segment. But can the MG Gloster outsmart its competition?

India is in love with SUVs. Don’t take my word for it, just look at the number of SUVs launched in the last couple of years – every manufacturer from Maruti Suzuki to Rolls Royce has launched one; rumours are Ferrari is planning to launch one too. While purists can cry their hearts out, the truth is almost everyone wants an SUV and most want a big one. MG is banking on this sentiment as they enter the full-size SUV segment with their latest, Gloster. 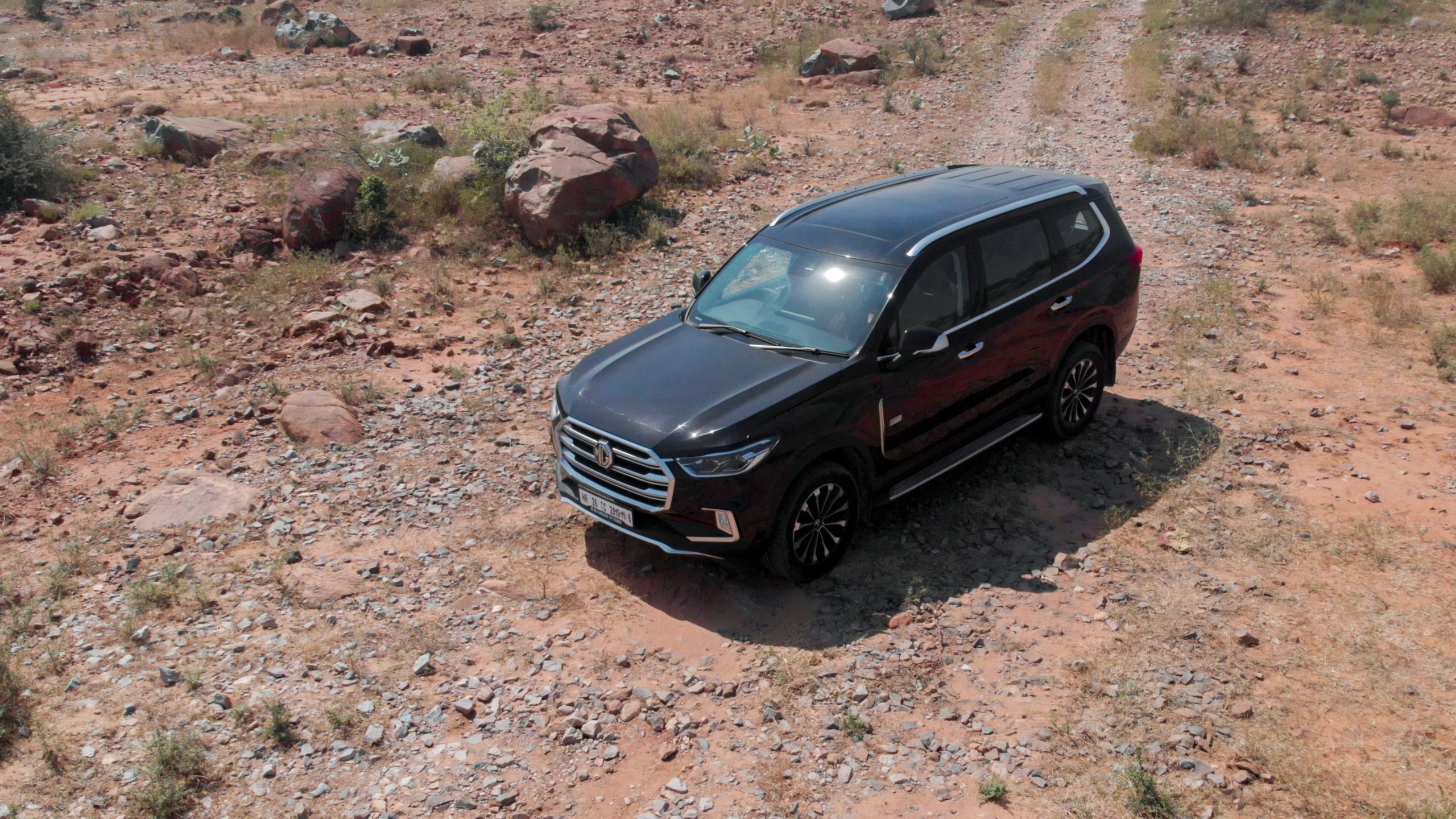 Unlike traditional reviews, let’s get the awkward bits out of the way first. Even though the MG Gloster is imposing — I mean it is a big car, bigger than the competition for sure – but its looks are an opportunity missed. It doesn’t have a distinct design that would help it stand out. There is a generic big SUV vibe to it, if you look at the big chrome grille, DRLs, and LEDs. The rear, largely plain, is a mish-mash of badges, and the completely unnecessary fake exhausts.

The engine and the gearbox too leave a bit to be desired. The engine is a 2.0 litre twin-turbo diesel, which makes 218 hp and 480 nm, decent numbers, yes, but it is not enough for a big, full-size, body-on-frame SUV. At lower revs, the Gloster feels sluggish and heavy despite a light steering. At city speeds, it is not a fun car to drive and that is something you don’t want to hear about the most powerful car in the segment. There are driving modes, including a Sport mode, but it doesn’t make the car any more fun to drive. On the highways is where the Gloster is comfortable, even at triple digit speeds, munching miles.

Jumbo on the outside, slick on the inside

It’s on the inside where I think the MG Gloster outsmarts the competition. A tan leather dashboard, 12.3” touch screen, 8” multi-information display, and well laid-out central console, all make the Gloster feels more premium than its competition. The steering is nice and light, though a bit busy for my liking. The front seats are power adjustable, with memory function, heating/cooling, and a massage function for the driver’s seat (the front passenger does not get this luxe treatment, sadly, as there’s only a heating option). The captain seats in the second row are possibly the best ones — they can be reclined a fair bit and have a decent range of sliding travel, especially with no one in the last row, and the cup holders in the second row are a neat trick.

Even the most die-hard Fortuner/Endeavour fans cannot deny the Gloster has more space and the space has been utilized well. The third row, again best in class, is not just for children – which is a big plus, I think. There is a panoramic sunroof as well, something people take for granted in an MG car.

Like any MG product, the Gloster has a list of features almost as long as the Great Wall of China. Whether it is safety, technology, or comfort, MG has given the Gloster a little extra than the competition. Add to that the usual suspects like Android Auto, Apple CarPlay, Navigation, Gaana, and MG’s i-Smart, which allows you to control certain features through voice assistance and/or the MG app. A 360-degree camera is a big boon, considering the size of the car but the late 2000s want their resolution back. The never-ending list also includes a three-zone climate control, wireless phone charging, 12-speaker audio system, 12-colour ambient lighting, tyre pressure monitoring, and an electronic parking brake with auto hold.

If these features are not enough to impress you, the Gloster gets ADAS (Advanced Driver Assisted System) features like blind-spot warning, auto parking assist, frontal collision warning, autonomous emergency braking, driver-fatigue detection – the car monitors your inputs while driving over a period of time and alerts you if it senses a drop – and the mundane, but useful, stuff like cruise control. 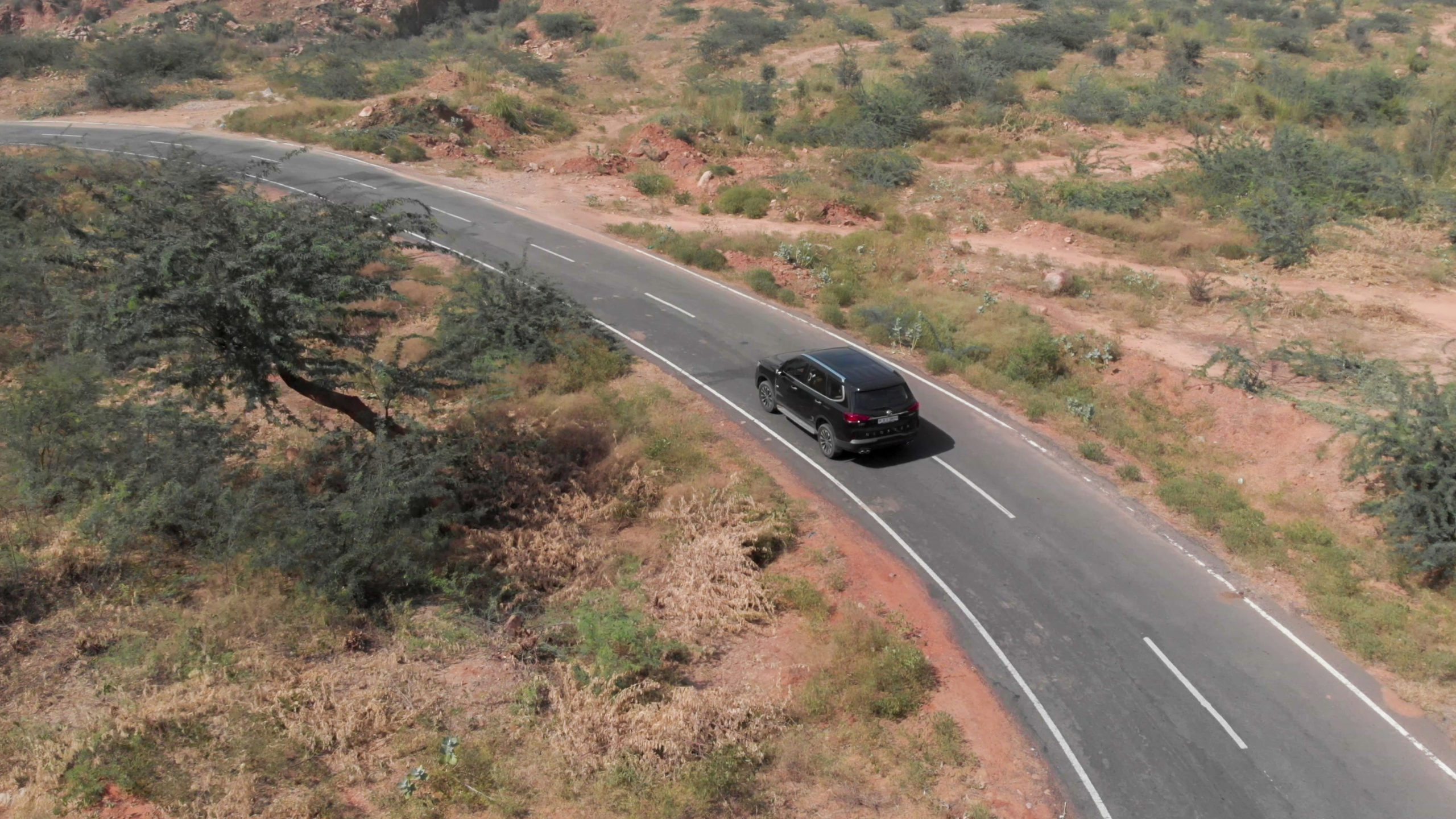 If you are chauffeur-driven, the Gloster deserves serious consideration. It is one step ahead in all areas when compared to the competition. The ride quality is good, there is a lot of space, and you won’t go wanting for features. At 28.99-35.8 lakh, it is priced well too, undercutting the competition. However, if you are someone who spends most of their time driving in the city, the Gloster may not be your best bet.

After years of working with luxury brands like Ferrari, Porsche, Ducati, Maserati, Anubhav decided to combine his passion for automobiles with writing. In the past, Sharma has worked with Motoring World, BBC TopGear India, and PowerDrift. As long as something has an engine and wheels, it has his attention.

10 cars that defined the last decade of luxury motoring