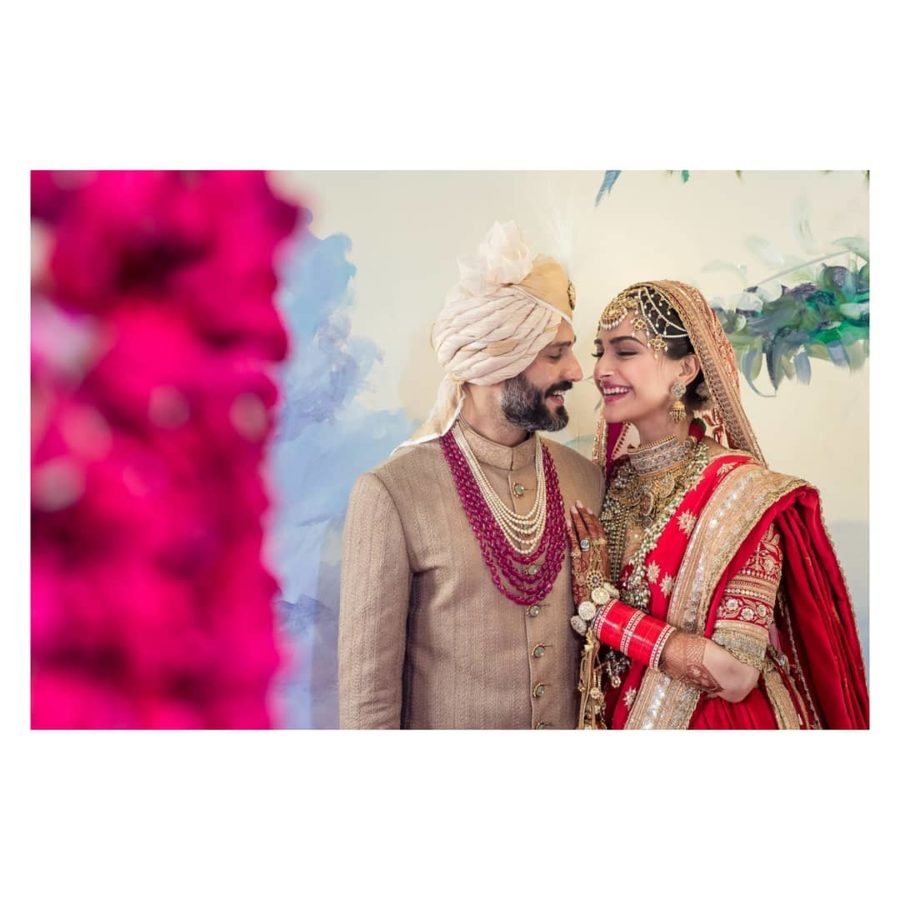 Vicky Kaushal and Katrina Kaif have finally made it official and posted their first wedding photos together. We count back to the times many other celebrities have taken to Instagram to share the happy announcement and break the Internet.

Weddings are always a special occasion for everyone, whether you’re a celebrity or anyone else. With celebrities having massive fan bases, their admirers are always waiting for their favourite couples to announce their wedding. In the previous few years, this year included, we have seen several notable personalities engage in such wedding celebrations, sharing their happiness with their fans through the power of social media. These celebrities chose to get married away from the media glare and took it upon themselves to share the official images, unlike the times when media would leak those inside images.

The most awaited couple has finally tied the knot at the Six Senses Fort Banjara, Rajasthan. They have shared the happy news with eager fans on their respective socials as well. The power-duo shared adorable photographs looking cheerful as ever, and that’s all on their love for each other. They are indisputably one of the most wholesome couples.

The gorgeous duo tied the knot at Borgo Finocchieto in Tuscany on December 11, 2017. The stunning bride, Anushka Sharma, took to Instagram to share their first official wedding photo, an adorable image of the bride and groom, smiling ear to ear. She captioned the post with a short heartfelt message, thanking their family, fans and well-wishers who were part of their journey.

This Desi girl got herself an international prince, tying the knot on December 1, 2018. The unexpected relationship between Priyanka and Nick blossomed into a beautiful bond, resulting in the two getting married. Priyanka Chopra shared two images on her Instagram, one in Indian wear and another in a gown. As they engaged in both Christian and Indian ceremonies, this celebrity’s first official wedding photos had to be announcing their news clad in both attires.

Nickyanka weren’t the only dynamic duos to tie the knot in 2018. Deepika Padukone and Ranveer Singh were another loved Bollywood couple that indulged in the wedding festivities in 2018. They had exchanged vows at Villa del Balbianello at Lake Como, Italy, a magnificent venue. Ranveer Singh shared a beautiful photograph with his belle, both looking royal. His simple caption with a red heart emoji and the photo was enough to get the internet, and his fans ecstatic.

Shahid Kapoor is one of the celebrities who married outside of the film fraternity. Set as an arranged marriage by the couple’s parents, Shahid Kapoor and Mira Rajput tied the knot on July 7, 2015. Their lavish wedding was celebrated by many. Shahid Kapoor posted a super cute image with his wife Mira Rajput, smiling while he broke the news to his fans using a simple hashtag: #hitched. He sure didn’t beat around the bush and went straight to the main point.

Before the two big celebrity pairs broke the news of their wedding in December of 2018, Sonam Kapoor had tied the knot to longtime beau Anand Ahuja on May 8, 2018. Breaking the news two days later, Sonam Kapoor posted an adorable photograph of them looking gorgeous in their wedding attire. She captioned it #EverydayPhenomenal. She then posted another photo with her husband, thanking everyone who helped them make their day special.

The couple who dated for a long time finally got together married this year, on January 24. Varun Dhawan announced this happy news to his fans on Instagram uploading a series of photographs of the couple sitting in the mandap and completing their Saath Pheres.

Recently married on November 15, the duo’s wedding was one of the most talked-about weddings this year. They had been in a relationship for a long time, 11 years to be precise, as Rajkummar Rao mentioned in his Instagram post announcing their wedding. He shared an image of him applying the ‘sindoor’ to his bride Patralekha and another adorable one with their heads against another. That’s one cute way to announce a wedding, with an equally heart-warming caption.

5 celebrities who broke the stereotypes of a traditional wedding