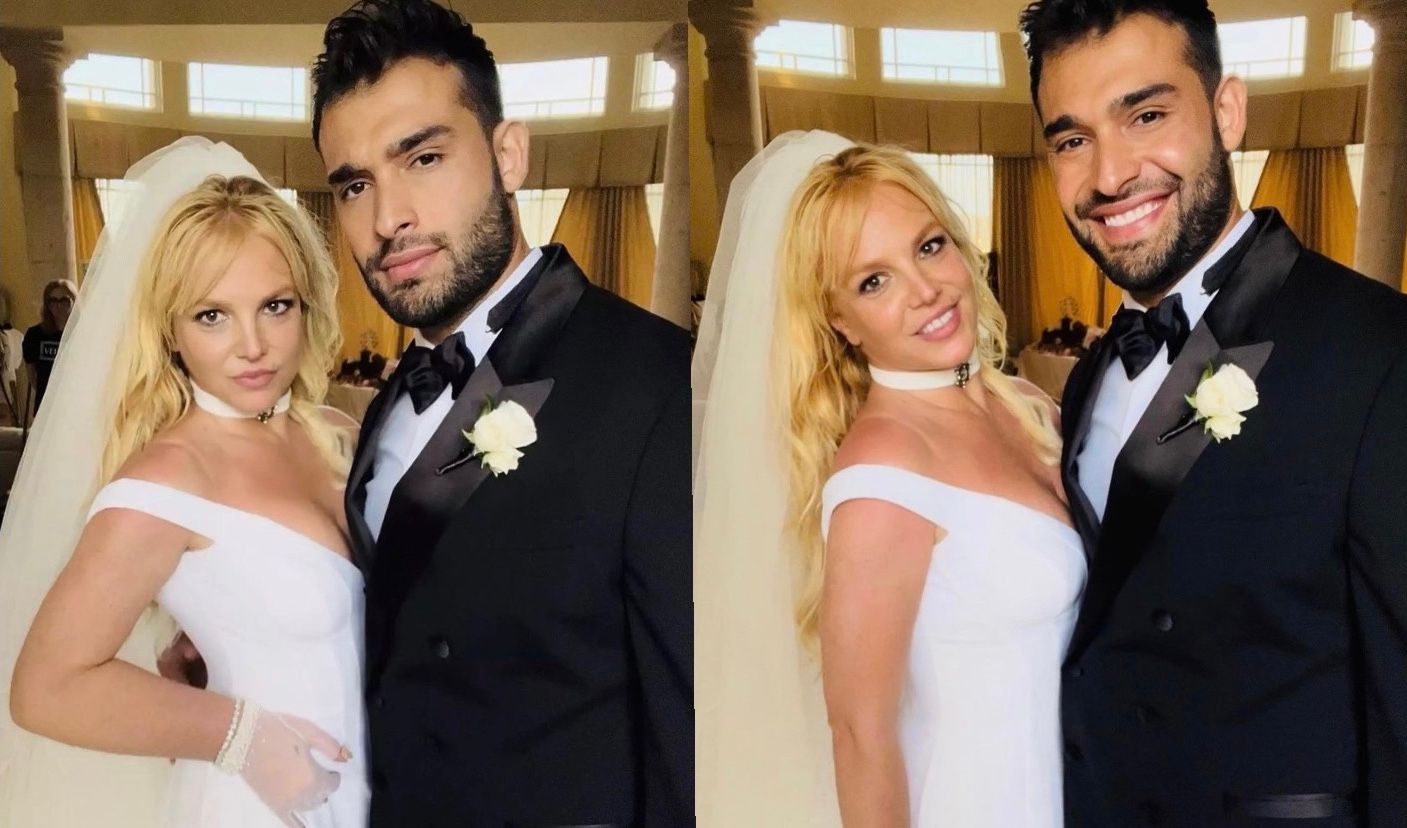 Oops! she did it again! The newly-wed singing sensation, Britney Spears is responsible for stealing all the limelight yet again, but this time with her beau, Sam Asghari alongside.

Gushing over celebrity weddings is like one guilty pleasure we can never get over. Especially when one brings the Hollywood celebs under the spotlight well then that’s when the party begins. Speaking of celebrity weddings, the dashing duo, Britney Spears and Sam Asghari made it official on the 9th of June in a secluded ceremony. No matter how secluded or intimate the wedding ceremony was, it sure did take the gram by storm. From making their relationship Instagram official in the year 2017 to tying the knot in Los Angeles, the couple left no stone unturned in giving us some major goals.

All the glitz and glam from Britney Spears’ wedding

Britney Spears’ wedding was definitely nothing short of a fairytale, from the singer’s LA home to the duo’s outfit, everything seemed surreal. With most of the glitterati present, the wedding looked like a heartfelt romantic movie worth going gaga over. Both, Britney Spears and Sam Asghari marked another episode of Versace’s intricate craft, by donning the said designer’s custom attires.  Spears sure ‘did it again’ as she looked ravishing in a delicate white silk cady custom Versace wedding dress and of course with Charlotte Tilbury’s dreamy makeup. Whereas Sam raised the temperature in a custom Versace black wool tux.

Apart from decoding the couple’s wedding attire, the starry presence of some of the who’s who of Hollywood sure added some extra glam to the wedding. From Drew Barrymore, the stunner Selena Gomez, Paris Hilton, Madonna, and a few more such shining stars were spotted having the time of their lives making Britney’s D-Day worth the while. Now just to add to the hype, let us offer a cure to your FOMO with these inside images from Britney Spears’ wedding.

Artist Misha Japanwala adorns her signature breastplate for her wedding